BACK TO ALL NEWS
Currently reading: 2018 BMW M5 due in three months as most advanced M car yet
UP NEXT
2025 Mercedes-AMG EV sports saloon to rival Porsche Taycan

BMW’s new M5 super-saloon has been spotted testing again ahead of its August reveal; it'll do battle with the 2017 Mercedes-AMG E 63
Open gallery
Close

The next-generation BMW The M5 will be revealed this August with a variable all-wheel drive system and an uprated V8 engine producing around 600bhp, making it the most technically advanced car to wear an M badge yet.

The 2018 BMW M5 has now been revealed. Click here for the full story

In the run-up to its public debut at the Frankfurt motor show, the car is undergoing high-speed testing at the Nürburgring, where it has been spotted this week wearing new design features including larger front air intakes to supply its twin-turbocharged 4.4-litre V8 petrol engine with more air.

Despite being based on the current car's unit, power for the 2018 5 Series flagship (which has been imagined without covers by Autocar in the picture below) will be substantially increased from the old model's 552bhp, overtaking the limited-run 592bhp M5 Competition Package as the most potent M5 yet and aligning the car closely with its archrival, the latest Mercedes-AMG E 63, which has 603bhp in its fastest guise. 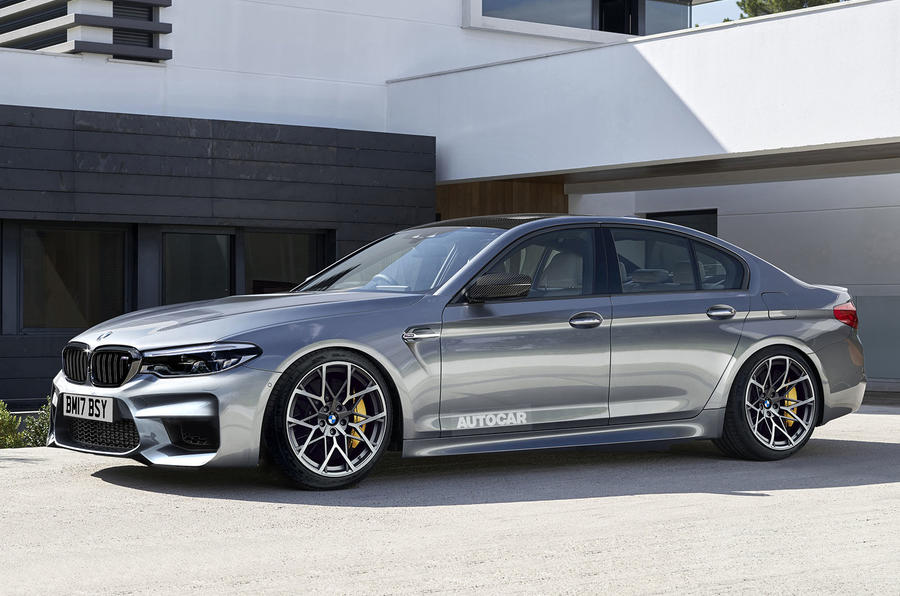 The car will use a specially developed version of BMW's xDrive all-wheel drive system - the first time one has been used on an M5 - that uses a multiplate wet clutch located in the gearbox on the output to the front driveshaft. It provides a continuously variable split between front and rear axles to enable advanced torque vectoring.

This will improve agility and performance, but also enable more fuel efficient running in less aggressive engine modes. In total, the car will have up to five driving modes, including an M Dynamic setting where 100% of torque will be sent to the rear wheels, accessed through buttons mounted on the steering wheel.

This widened flexibility for the car's drive systems will be enhanced with the fitment of an eight-speed automatic gearbox in place of the outgoing car's seven-cog system. The new torque-converter 'box will be based around the standard ZF-produced gearbox used in other 5 Series models.

BMW M5 has been shown in new leaked images. Click here to see them.

Along with the rest of the 5 Series range, the next M5 will feature an evolved exterior design that takes influence from the Pininfarina Gran Lusso Coupé concept of 2013. Photographed development cars confirm it’ll get a more heavily raked rear window and a sloping boot deck, giving it a sleeker profile and more shapely rear end than the current model. 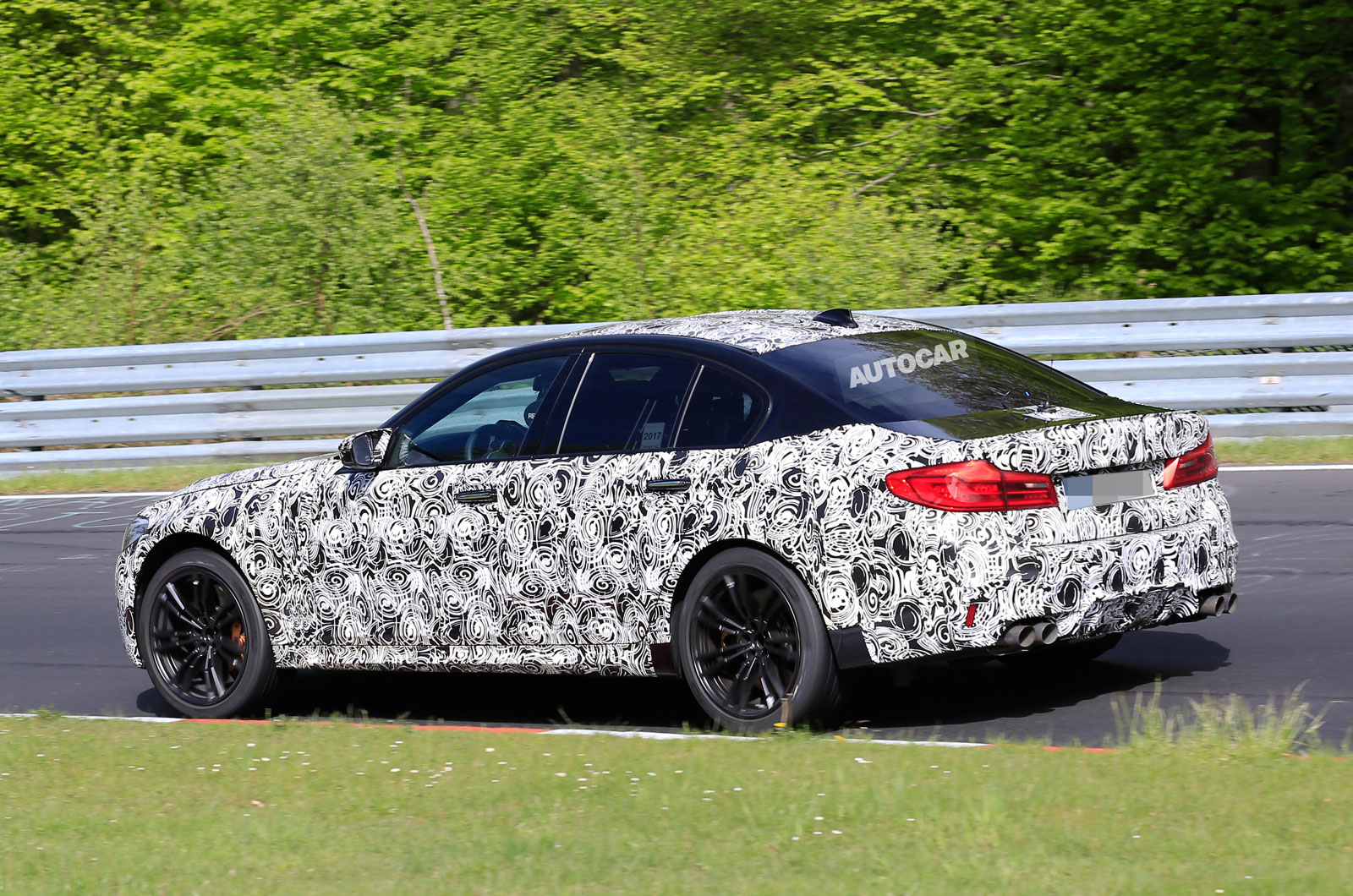 Inside, much of the car’s dash design will resemble that of the new 7 Series, and it'll also get 48-volt electrical architecture to enable advanced autonomous driving systems. A self-steering mode will operate up to a pre-determined speed, and a sophisticated anti-collision system and fully autonomous braking will also be available.

In-car technology will come from BMW’s fifth-generation iDrive system, as used by the 7 Series. It supports new touchpad and touchscreen functions, allowing passengers to operate features in a similar style to that of a smartphone, with familiar pinch, point and swipe commands, or alternatively via an updated rotary dial mounted on the car’s broad centre console.

Following its reveal and public debut, the car will go on sale at the start of 2018. Insiders have said the tech-heavy model will be priced higher than the outgoing model, so a starting figure approaching £80,000 is possible.

BMW M5 previewed in new video ahead of weekend reveal

There should be a public uprising against the fake sound. And all the other electronic crap. And the 4WD.

The car just gets less and less special. Is anyone at all excited about this car being launched? If not on here in the land of car weirdos, then certainly no where else.

The creators of the idea of 'M' would surely be appalled to see what BMW has done to the spirit they so carefully cultivated.

High performance cars are fast becoming a soulless techno-fest. It's not just about absolute power, grip or performance, unless you are trying to overcompensate for insecurity about something. Those are nice to have, but they aren't the main reason for buying these cars. They have to be engaging and entertaining to live with, or you might as well stick with the 520d. AMG and M cars have been fun, but I'm having to buy American cars nowadays to get anything with actual character. I like my V8s naturally aspirated and big, thanks.
Straff 16 May 2017

The auto changes gear beautifully once you're on the move. The stop start function catches it out a fair bit of the time, though, when it is slow to engage gears. It then sets off with a bang from the transmission from time to time. The things sound absolutely pants with the synthesised noise sounding like a very wimpy V10.
View all comments (11)