BACK TO ALL NEWS
Currently reading: 2017 Jaguar E-Pace tests on the Nurburgring ahead of summer launch
UP NEXT
How Max Chilton and the McMurtry Speirling conquered Goodwood

New compact SUV is set to take on the likes of the Audi Q3 with a sub-£30k starting price; latest sighting comes from the Nürburgring
Open gallery
Close

The Jaguar E-Pace compact SUV has been spotted testing at the Nürburgring ahead its anticipated debut this summer.

Sitting below the Jaguar F-Pace and similar in size to the Range Rover Evoque, the five-seat E-Pace will rival models such as the Audi Q3. Despite the video title, it's clear to see the E-Pace's styling, rather than the Aston Martin which the title suggests.

Get more details on the Jaguar E-Pace

The new SUV is set to use the Land Rover Discovery Sport’s steel platform and could be built alongside that model at Jaguar Land Rover's Halewood plant. 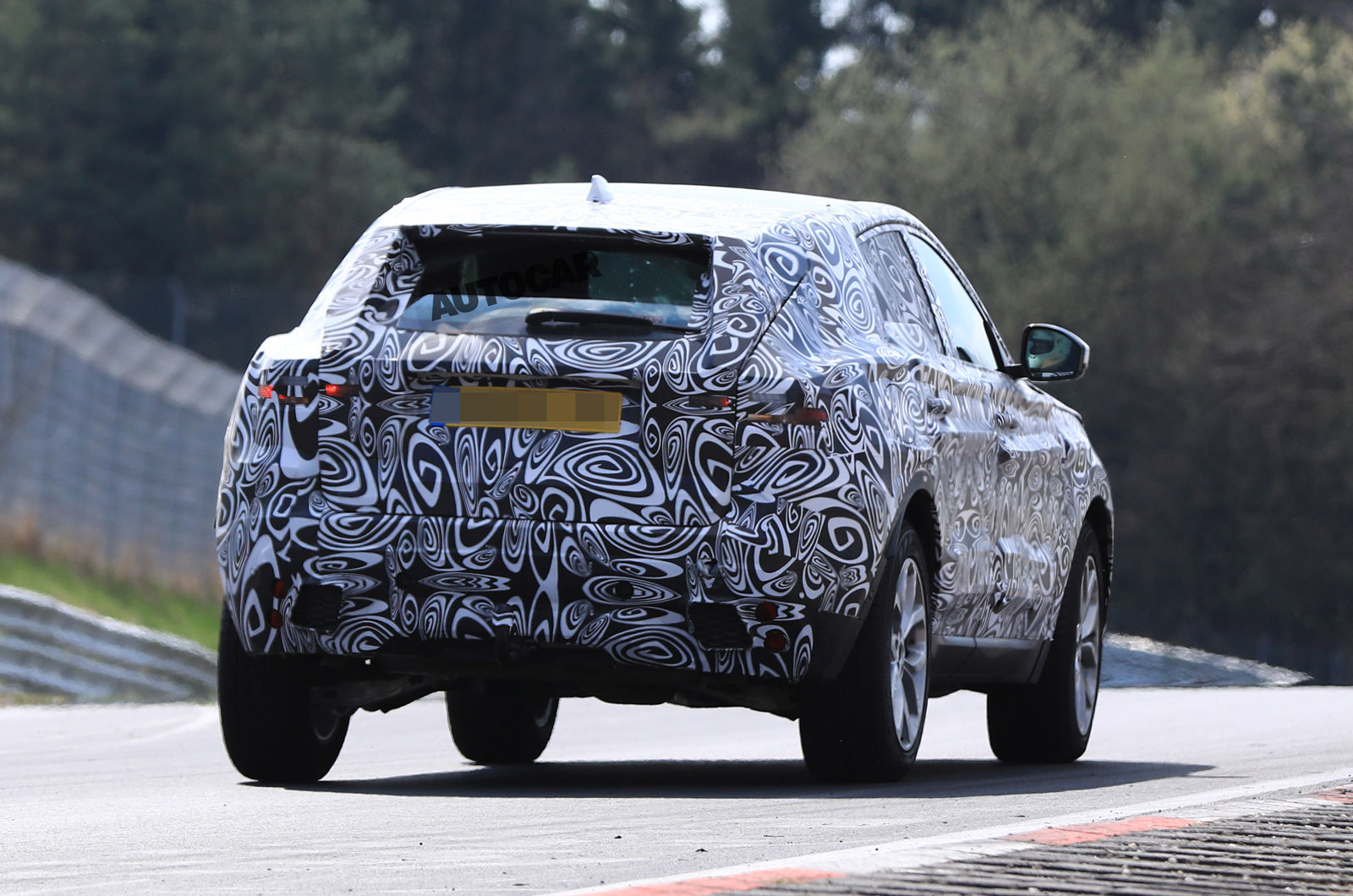 Comment: Why the E-Pace could be Jaguar's best seller

First spotted near JLR’s Gaydon HQ and more recently seen in the Arctic Circle, the E-Pace resembles the F-Pace, with both the grille and roofline reminiscent of those of its larger sibling. It will also feature the latest development of Jaguar’s InControl Touch Pro infotainment system and showcase the firm’s improving interior quality.

It is expected to use 2.0-litre four-cylinder petrol and diesel Ingenium engines, which are produced at Jaguar Land Rover’s Engine Manufacturing Centre in Wolverhampton.

Launching a car in such a fast-growing segment is likely to boost Jaguar’s sales. The F-Pace is the fastest-selling Jaguar yet, and a smaller SUV could do better still. 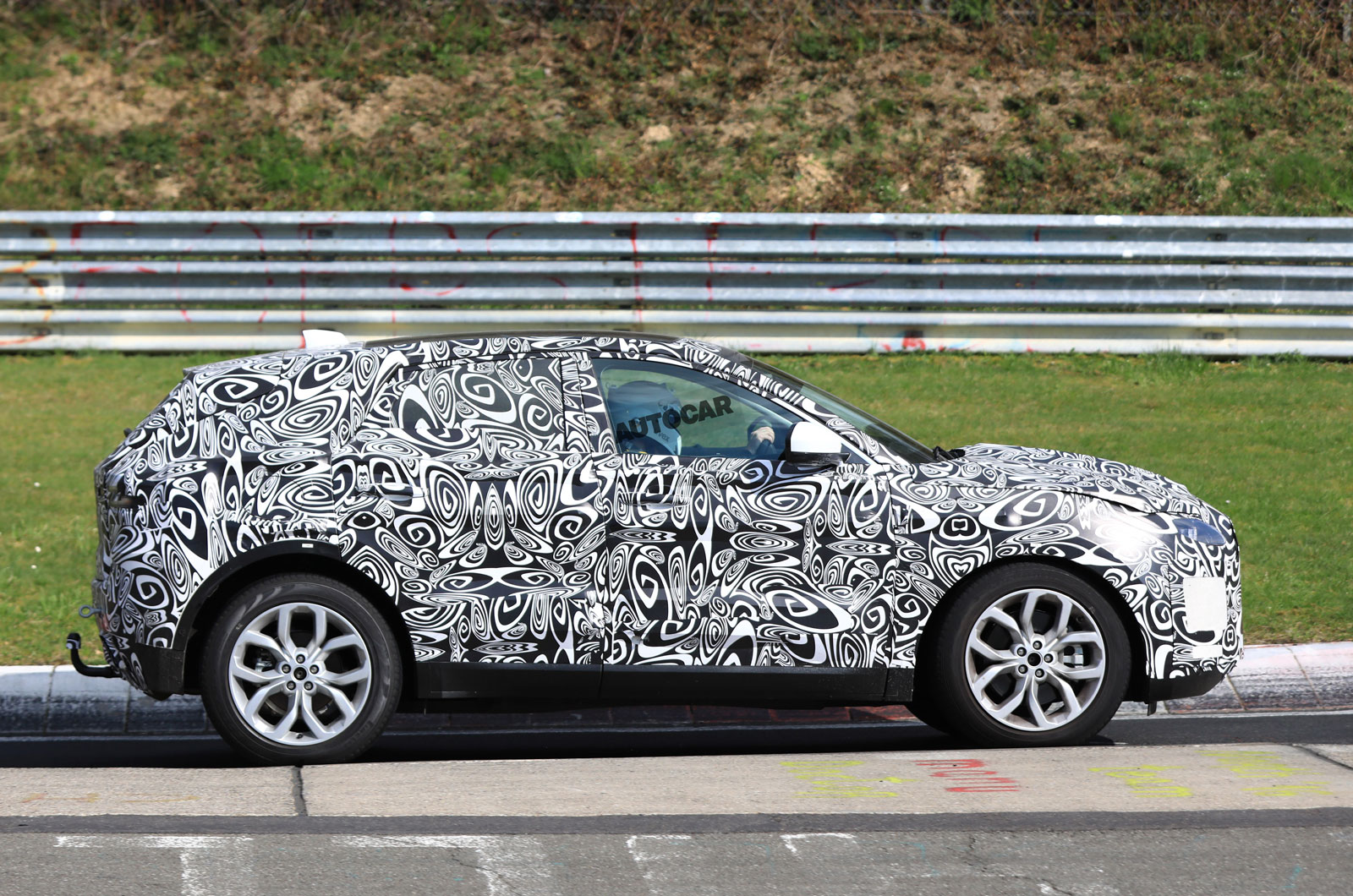 The new Jaguar is set to be unveiled in the coming months, away from the motor show circuit. Its arrival comes just two months after the Range Rover Velar, emphasising the pace of Land Rover's range growth plans.

The E-Pace is expected to undercut the Evoque, which starts at £30,600, meaning it will cost significantly less than the F-Pace, which is priced from £35,020.

A Jaguar spokesman said: “We do not discuss our future product plans, but we are expanding our product ranges. As a result, there are many Jaguar and Land Rover development vehicles being tested at any one time.”

JLR are churning out new

JLR are churning out new product at an impressive rate. I just hope the long term quality is OK. Also, got to agree with the comments re Jaguar interiors, they are awful. But the Ranger Rover Velar looks SO good, inside and out. The profits it will make will be eye-watering. That will allow for further proliferation of both brands. I just wish they would plough more into electrification. They are going to look a bit silly unless they can get to grips with this. That is also going to be their only chance of getting ahead of the Germans in the BMW 3-Series / 5-Series space.
Viscount Biscuit 4 April 2017

If the F Pace is an SUV

If the F Pace is an SUV derivative of the F Type; as the wheel turns will the E Pace spawn an E Type sports car?
James Dene 4 April 2017

Value. It's what sells cars over the long cycle.

I looked at the F-Pace but at the point at which the spec looked attractive, the vehicle represented very poor value. For the PCP crazies who've forgotten that the OTR cost matters, a few grand over sensible is but fifty a month and can be ignored. Wrong. If JLR want a car it can sell when the economy and PCP goes south, then this could be it, but make it a value proposition and not an entry price point for the financially incontinent. For that group aren't going to be a market for much longer.
View all comments (18)