BACK TO ALL NEWS
Currently reading: Jaguar E-Pace: new compact SUV to become best-selling Jaguar
UP NEXT
Tesla to expand select UK Superchargers to other electric vehicles

The Jaguar E-Pace compact SUV is the next step in the car maker's SUV sales assault and is due to be revealed in early summer.

It follows just six months after the unveiling of the electric I-Pace at the LA motor show. 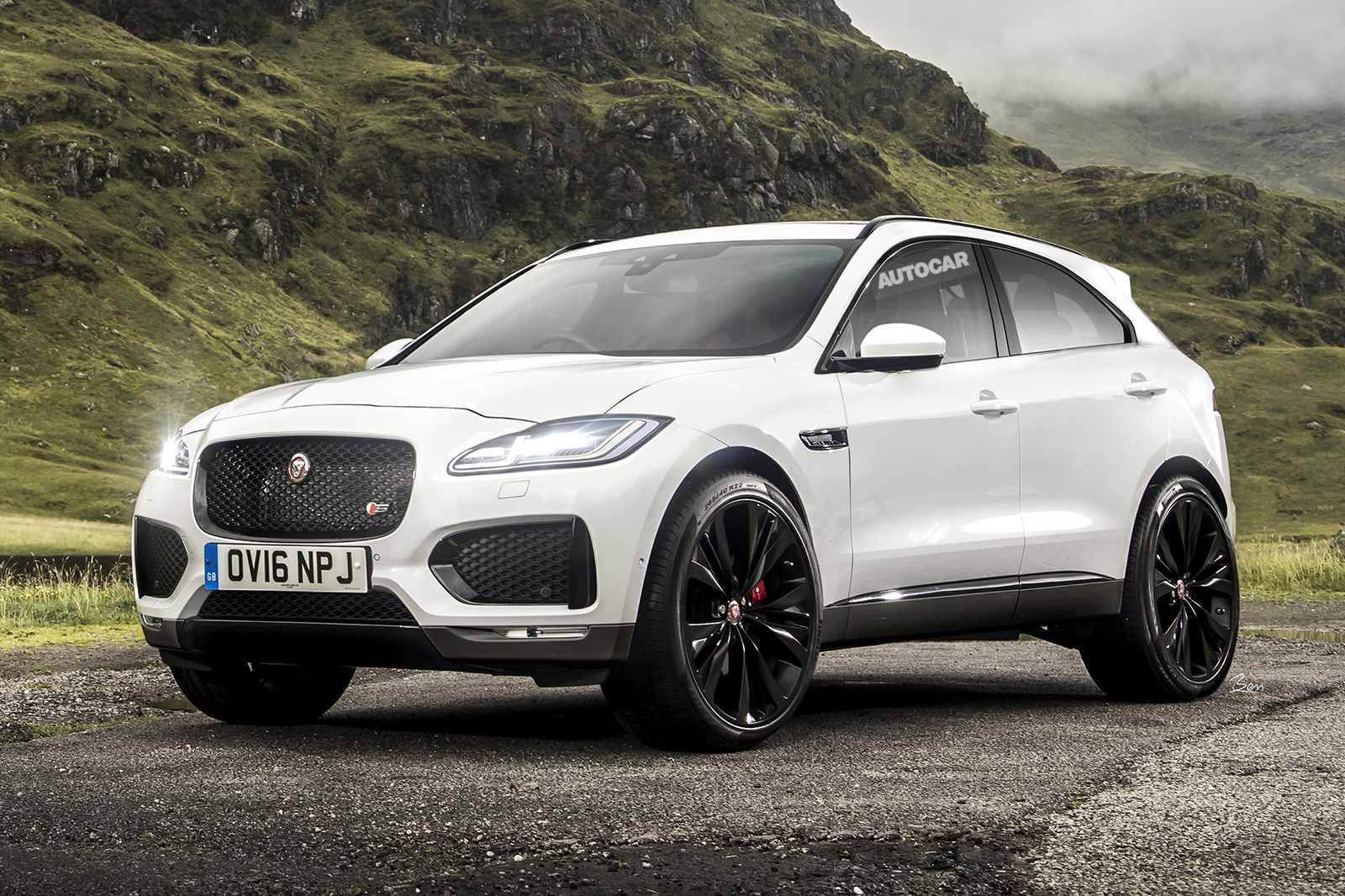 Front-wheel-drive versions will be most popular, but all-wheel-drive will be an option. Both six-speed manual and eight-speed automatic transmissions will be offered. With the Evoque and Discovery Sport being Jaguar Land Rover’s two bestselling models, the Halewood factory is already at its full capacity of 200,000 cars annually.

As a result, JLR is currently assessing how to accommodate production of a new model. JLR also builds the Evoque and Discovery Sport in in Brazil, India and China, but it is unlikely that Jaguar would choose to produce the E-Pace abroad without any manufacturing capacity for the car in the UK.

Styling for the E-Pace, as spotted in recent images of the car testing near JLR’s Gaydon HQ and inside the Arctic Circle, closely resembles that of the F-Pace, with both the grille and roofline reminiscent of those of its larger sibling.

The E-Pace will also feature the latest development of Jaguar’s InControl Touch Pro infotainment system, recently updated in the F-Pace, and showcase improvements in interior quality. InControl Touch Pro now offers so-called ‘DualView’ technology, which was first introduced on the Range Rover and allows the driver and front passenger to view different display functions on the same 10in screen.

The E-Pace will use 2.0-litre four-cylinder petrol and diesel Ingenium engines, which are produced at JLR’s engine manufacturing facility in Wolverhampton. Echoing the engine line-up in the recently updated F-Pace, the units will include an entry-level 161bhp 2.0-litre diesel, which targets company car drivers with its good CO2 emissions and fuel economy, as well as a 178bhp 2.0-litre diesel. 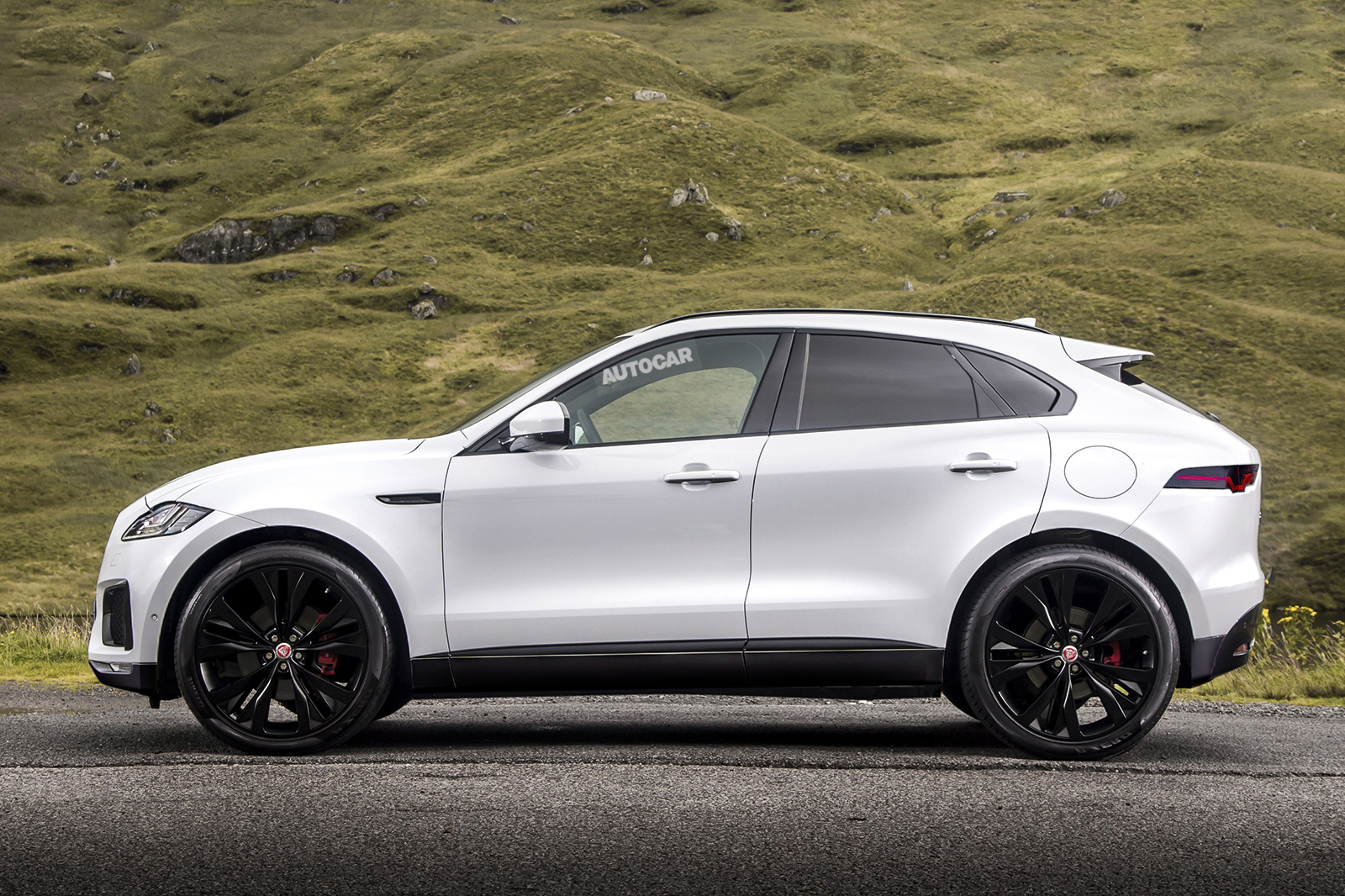 The compact SUV will also use the same 2.0-litre engine in twin-turbocharged form to create a new high-performance diesel model with 237bhp and “more performance at high engine speeds without compromising responses at low revs”, according to Jaguar.

The E-Pace would also be an ideal car for Jaguar to launch its expected hybrid powertrain, the introduction of which would help Jaguar bring down its fleet-average CO2 output in order to achieve stricter emissions targets. The most likely option is a mild hybrid electric vehicle (MHEV) powertrain, a version of which is also expected on the Evoque and Discovery Sport.

It will use an electric drive motor and a three-cylinder 1.5-litre Ingenium diesel engine equipped with an electrically powered turbocharger. The MHEV project, which was first shown at an engineering presentation in 2015, uses a 48V electrical system to power the turbo, water pump and aircon.

While the electric motor is relatively modest, with an output of just 20bhp, its role is to fill gaps in the torque curve and help boost acceleration. The MHEV will also be able to shut down its engine and coast in order to preserve fuel.

Technology on the E-Pace will include the ability to pay for fuel at Shell service stations with a new in-car cashless payment system operated via InControl Touch Pro. Owners who install the Shell App can drive up to any Shell pump in the UK, and later globally, and use the vehicle’s touchscreen to select how much fuel they want and then pay using Paypal or Apple Pay.

An electronic receipt, which will be displayed once the driver has filled up, will be emailed to the driver.

The new Jaguar is set to be unveiled in May, away from the motor show circuit, and will appear after the BMW X6 and Porsche Macan-rivaling Range Rover Velar.

The coupé-styled SUV, which will be revealed this week and will play a key role in Land Rover’s fortunes, will sit between the Evoque and Range Rover Sport.

While Jaguar remains tight-lipped on the E-Pace, the model is due to go on sale later this year. 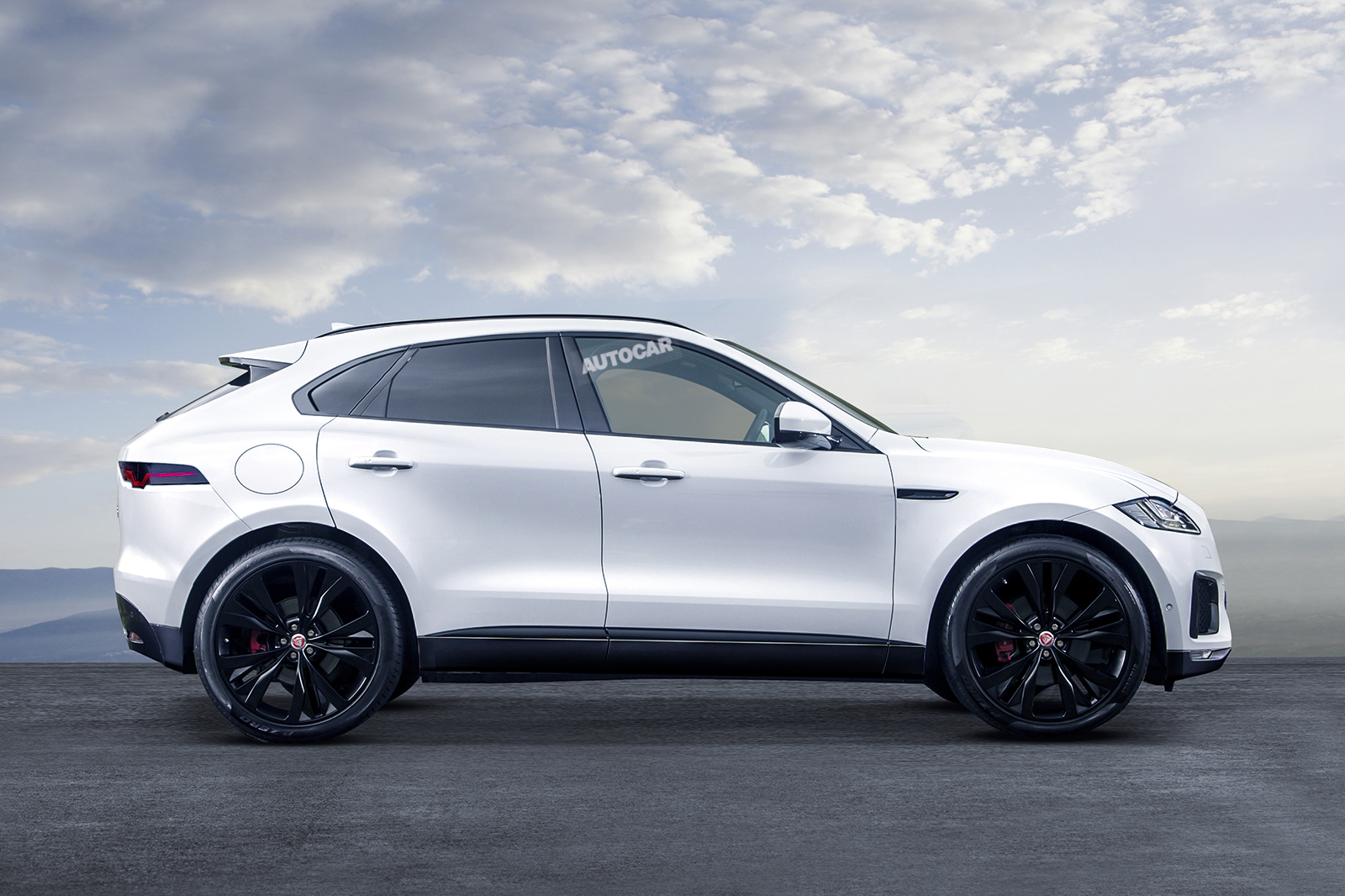 How global SUV sales have grown

Sales in the premium compact SUV class, in which the E-Pace falls, grew by a quarter globally in 2016 year on year, making it the fastest growing-segment alongside the mainstream B-SUV sector, which includes models such as the Nissan Juke and Vauxhall Mokka.

Among the premium SUVs, compact models counted for only 22.7% of last year’s total global sales. “Until now, the market for premium SUVs has been dominated by mid-size and large SUVs,” said JATO’s Felipe Munoz.

“However, during the past eight years the three German premium brands have started to enlarge their presence in lower segments.”

Other top-selling models include the Range Rover Evoque and, in the US, the Acura RDX and Lincoln MKC. “There has been a sharp growth of premium C-SUV sales during the last eight years,” added Munoz.

“Consumers around the world aspire to drive a premium car. This factor, along with the fact that SUVs have become more popular, encouraged premium brands to develop smaller, cheaper SUVs alongside the traditional big ones.”

I don't think this is one of Jaguars best. I expect Jaguars to be great looking cars and this is just not. The front end lighting area looks awkward (in the same way Porsche's original Caymen backend was very wrong),  and from the side it reminds me of an old Rover 200.

I Like the looks a lot. The sloping roof is pure genius, different and get away from the box looks of all the others. It just will be interesting to see what the packaging inside is. Generally, the others use a flat, rearward lighly sloping roof to avoid low headroom in the rear. If this is packaged with fairly good headroom, this is a winner. No one liked the seriously sloping Evoque early on and it has become a serious winner for JLR. JLR will sell boatloads of these. This roof echos the new I-Pace electric's roofline, with the body of the F-Pace and a size somewhere in the neighborhood of the Evoque and Disco Sport.
Can you spell WINNER.
MarcoGUSA 9 May 2017

I Like the looks a lot. The sloping roof is pure genius, different and get away from the box looks of all the others. It just will be interesting to see what the packaging inside is. Generally, the others use a flat, rearward lighly sloping roof to avoid low headroom in the rear. If this is packaged with fairly good headroom, this is a winner. No one liked the seriously sloping Evoque early on and it has become a serious winner for JLR. JLR will sell boatloads of these. This roof echos the new I-Pace electric's roofline, with the body of the F-Pace and a size somewhere in the neighborhood of the Evoque and Disco Sport.
Can you spell WINNER.
View all comments (22)