BACK TO ALL NEWS
Currently reading: Jaguar XE SV Project 8 Touring edition proves its pace at Goodwood
UP NEXT
Lotus Emira vs Porsche 718 Cayman

Jaguar's Special Vehicle Operations division gave the public its first demonstration of the more road-focused version of its hardcore XE SV Project 8 super saloon at the 2019 Goodwood Festival of Speed.

The limited-run Project 8 Touring swaps the adjustable carbonfibre wing of the original car with a more subtle fixed bootlid spoiler, with a splitter fitted to the front bumper to maintain aerodynamic balance. The Jaguar and stripe decals seen on the standard car are now optional, for true Q car looks.

Power still comes from a 5.0-litre supercharged V8, with 592bhp and 516bhp making it the most powerful road car Jaguar has ever built. Acceleration performance remains unchanged, managing 0-60mph in 3.3 seconds, but where the standard Project 8 is capable of more than 200mph, the Touring specification is electronically limited to 187mph. 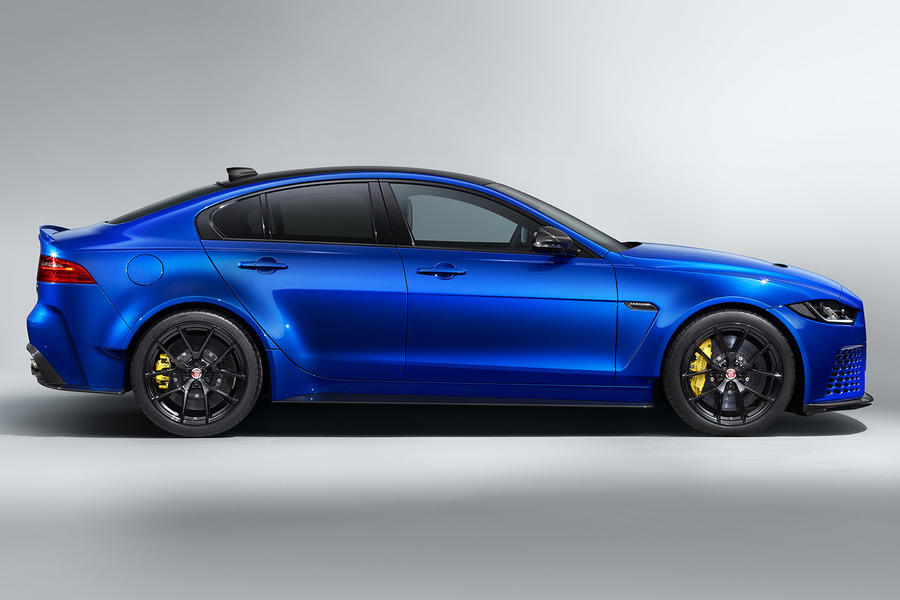 It will only be sold in a four-seat configuration, unlike the standard car, which can be optioned with a half-rollcage in place of the rear seats.

Just 15 cars will be sold in Touring specification, with each one set to be hand-built at the company's Warwickshire technical centre. With such limited numbers, prices are expected to be higher than the standard car's £149,995.

The SV Project 8 currently holds lap records for a production saloon car on three continents, securing the top spot at the Nürburgring Nordschleife, Dubai Autodrome and Laguna Seca in 2018.

and not a Hybrid bolt-on in sight.

"The SV Project 8 currently holds lap records for a production saloon car on three continents, securing the top spot at the Nürburgring Nordschleife, Dubai Autodrome and Laguna Seca in 2018."

SV project 8 doesnt hold production saloon Nürburgring because the "record"  was driven with prototype car, production of SV 8 started over half years later than this time was driven.  ALso its doesnt even hold protos one offs record because Subaru WRX STI Type RA NBR  has faster time.