From £149,9958
Jaguar's 592bhp super-saloon may be a Nürburgring record holder, but how does all that focus and power translate onto the public roads of its homeland?
Open gallery
Close
by Dan Prosser
26 October 2018
Share

A question mark has hung over the Jaguar XE SV Project 8 ever since we drove it for the first time in Portugal in May.

Here was a four-door saloon car with more mechanical grip and more on-track handling ability than any other saloon before it; that much was clear. But by being so uncompromising in its quest for agility and dynamic response, would it simply be too stiff to work on a typically bumpy British B-road?

It was on the invitingly twisty and undulating roads of North Wales that we got our answer.

The Project 8 is a super-saloon like no other. Available in left-hand drive only, it’ll be limited to 300 units worldwide. Whereas most super-saloons are everyday cars that happen to be capable of supercar-baiting straight-line performance, the Project 8 is more likely to be tucked up during the week and rolled out for sunny weekends. At £149,995, it is also much more expensive than any conventional super-saloon.

Developed and built by Jaguar Land Rover’s Special Vehicle Operations, the Project 8 shares its basic body-in-white with the regular Jaguar XE, but just about everything else has been modified or uprated. The familiar 5.0-litre supercharged V8 that serves across the JLR group has been shoehorned in. With outputs of 592bhp and 516lb ft, it is the most powerful engine ever fitted to a Jaguar road car.

Ticking a box on the options list marked Track Pack will add £10,000 to the invoice and see the rear seats replaced with a half roll cage and the front chairs junked in favour of carbonfibre-backed bucket seats with four-point harnesses. This particular car was not so equipped. 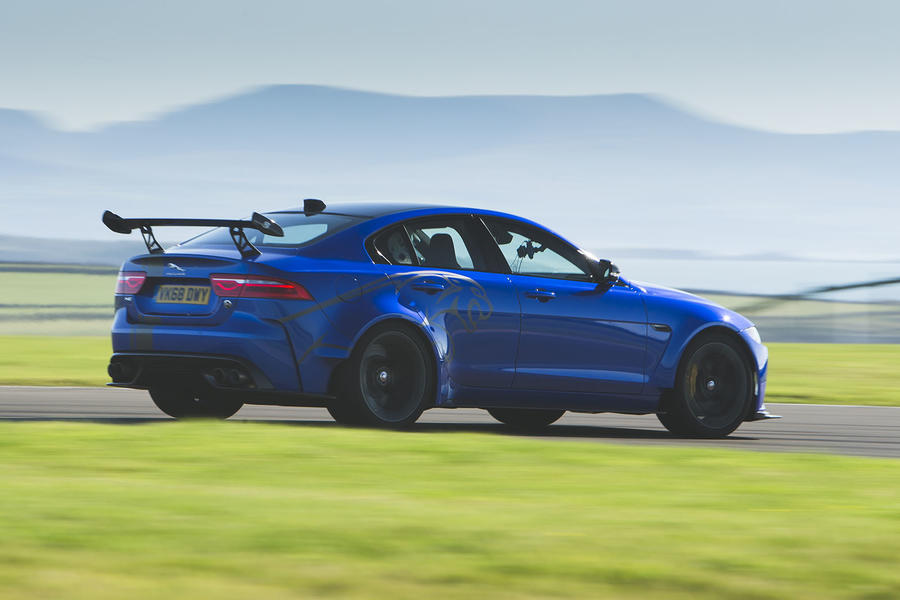 On Snowdonia’s bumpiest and most uneven roads, the Project 8 does feel over-sprung, to the point where you simply back off and wait for the asphalt to improve. There aren’t very many modern performance cars that don't feel over-sprung on those roads, however.

On the smoothest stretches that you’ll find in North Wales, meanwhile, the car’s chassis works very well indeed, lending the Project 8 the sort of body control and agility that you’d expect of a purpose-built sports car.

But what of those in-between roads, the sort that makes up the majority of our network? Crucially, there is just enough pliancy and composure to make the car not only bearable but also enjoyable. The Project 8’s is a busier and more connected sort of ride quality than that of any other super-saloon, the pay-off being an altogether more thrilling driving experience.

If the Project 8 isn’t undone by a typically lumpen B-road, it certainly is by wet and damp conditions. An overall sense of size and weight, as well as relatively numb steering and Michelin Pilot Sport Cup 2 tyres that are clearly at their best in bone dry conditions, means the car prefers to be driven with caution rather than abandon whenever the wipers are sweeping back and forth.

At least with four-wheel drive you’re never at all unsure how much throttle you can apply; you simply apply all of it, whenever you can. 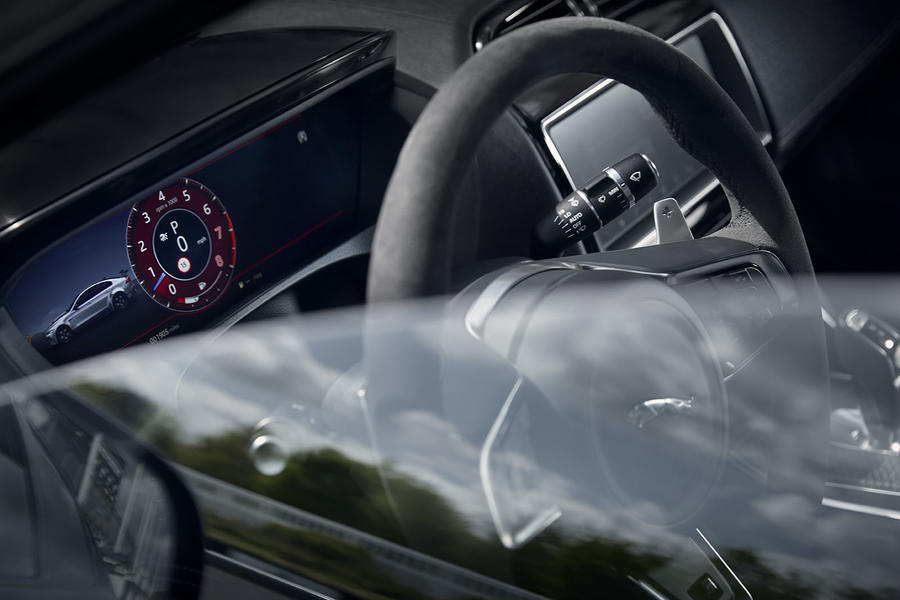 In the end, the Project 8 actually feels at its best on a circuit, where it is far and away more game than any other four-door on sale today. The trouble is, the eight-speed automatic gearbox that had been adequate out on the road is the weak link on track.

When the rest of the car is so sharp and responsive – not least the supercharged V8 – the slightly hesitant gearbox becomes something of a hindrance.

The XE SV Project 8 makes no more rational sense here in the UK than it did in Portugal - it remains a fearsomely expensive yet occasional-use four-door saloon - but it is still enormously good fun to drive. 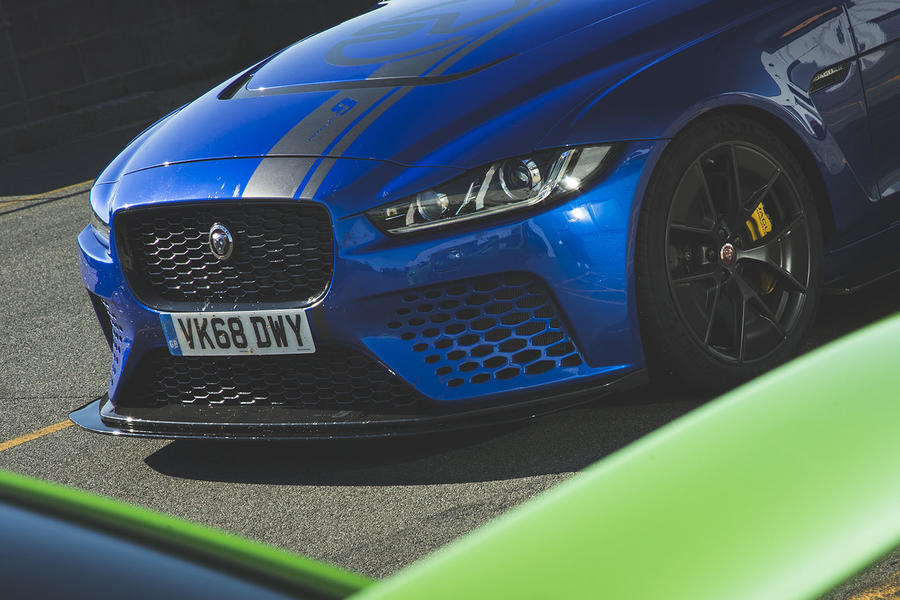 Pointless not sure it can even be a halo car

best left to the tuners this type of thing. The special vehicles team don't seem to have produced much apart from sport SVR.

Can't imagine many people wanting to pay 150k for this.

In defence, they have a special team devoted to such extravagances, so it's not as if their regular engineers are distracted from their mainstream work

The car isn't selling , really needs facelift with more modern lights and details, has out of date infotainment, and the best of use of engineers time is.......  to make an overpriced special!!???