Ian Callum is stepping down as director of design at Jaguar after two decades in the role, the British car maker has confirmed.

The 64-year-old Scotsman, who is leaving to "pursue other design projects", will be replaced by current creative design director Julian Thomson. He will continue to work with Jaguar as a design consultant, however.

“I have had an incredible career at Jaguar," Callum said. "One of my biggest highlights was creating the XF, because it represented the beginning of a new era, moving Jaguar from tradition to contemporary design. It was a significant turning point in our story.

"I came into this role with a mission to take Jaguar design back to where it deserved to be. It has taken 20 years, but I believe I have achieved what I set out to do. Given the strength of both our products and the design team, I feel that now is the right time to move on, both personally and professionally, and explore other design projects. 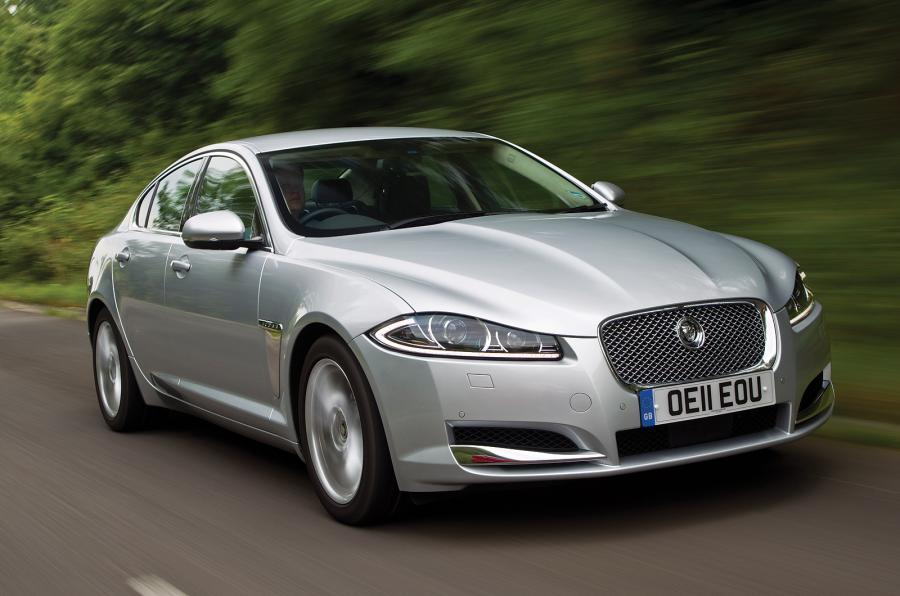 "Designing Jaguar cars was a lifelong dream for me, and I’m delighted to remain involved as a consultant for the brand. I have worked closely with Julian Thomson for 18 years; he is a hugely talented designer and absolutely the right person to lead Jaguar design into its next chapter.”

Callum began his career in the motor industry in 1979, designing car parts for Ford. After 11 years there, he left to join Tom Walkinshaw Design, during which period he was partially responsible for the styling of the Aston Martin DB7.

In 1999, Callum succeeded the late Geoff Lawson as Jaguar's director of design, initially also directing Aston Martin design at the same time. He was responsible for large parts of the DB9 and Vanquish designs, although the former was credited overall to Henrik Fisker.

The XK of 2006 was his first chance to put his stamp on Jaguar design, followed by the XF in 2008. The new era of Jaguar exterior and interiors was completed with the 2010 XJ. Callum has since gone on to oversee the design of the ill-fated C-X75, the XF Sportbrake, the F-Type, the XE, the F-Pace and the I-Pace to name a few.

Thomson, Callum's successor, has been at Jaguar since 2000. Prior to that, he worked at Ford, had a stint as head of design for Lotus and was chief of exteriors at the Volkswagen Group's Concept Design Centre.

Wow, this topic certainly one that seems to enrage Autocar readers. I wonder if there similar discussions about the dearth of recent design inspiration at BMW among German car enthusiasts? I doubt it somehow.

I tend to think that JRL design has been good in parts, but maybe a little too 'safe' at times. I'm not sure if this is all the fault of Ian Callum or the Jaguar management. In the 1990s I used to be work on Jaguar advertising in Australia and recall how every research group would be dominated by old school Jaguar enthusiasts who insisted that Jaguar should retain their traditional look and resist 'modernizing.' Sadly, they held sway for too long and Jaguar acquired an image of being an 'old man's' car, something I think still persists today, despite Callum's efforts.

I think the Jaguar model range should have expanded far more than it has, just like Audi, BMW, and Mercedes Benz has done successfully. Smaller cars and hot hatchbacks haven't had an adverse effect on their upmarket models and have successfully introduced many younger buyers to their brands. If Jaguar had gone this way I feel it would have also allowed them to introduce far more adventurous design philosophy and gain a new generation of Jaguar fans.

Sadly, I feel it might be too late to save Jaguar which might delight some of the more vociferous anti-Jaguar commentators on here but would surely sadden most car enthusiasts around the world who appreciate what the marque has achieved over the years.

BREXIT would be easier!

It would seem it will be easier to resolve BREXIT, than find a general consensus on this "thread", about which everyone could/would agree and be happy!
kowalski99 4 June 2019

People like Typos1 moan and criticize constantly about British cars. I imagine they will only be happy when the UK motor industry is no more. Perverse.
lambo58 4 June 2019

What are you talking about WE

What are you talking about WE HAVE NO CAR INDUSTRY ANYMORE!

We are just a bunch of assemblers of other peoples cars thanks to inept managers, general complacency, visionless planers and people who keep praising crap all the time like the twits who think JLR are wonderful no matter what they do to the point that we have nothing left

You have to laugh.

If it wasnt so sad

Autocar should pass the comments data to a psychologist to study the online behaviour of bitter and angry men. Or perhaps it's just one deeply unhappy man with different accounts. Either way, it's sad.

You have just made my point completely about fools praising losers.