BACK TO ALL NEWS
Currently reading: Goodwood Festival of Speed 2017: our highlights
UP NEXT
New 2023 Porsche 911 GT3 RS is "most track-focused" ever

The Goodwood Festival of Speed is huge, with all manner of incredible machinery on display – both on the manufacturer stands and going up the hill.

Our team of writers and photographers are scouring every corner of Lord March’s estate to bring you all the action from the Festival. We also asked them to pick out their own personal highlights.

You can read them here, and keep checking back - we’ll be adding more as the event progresses. 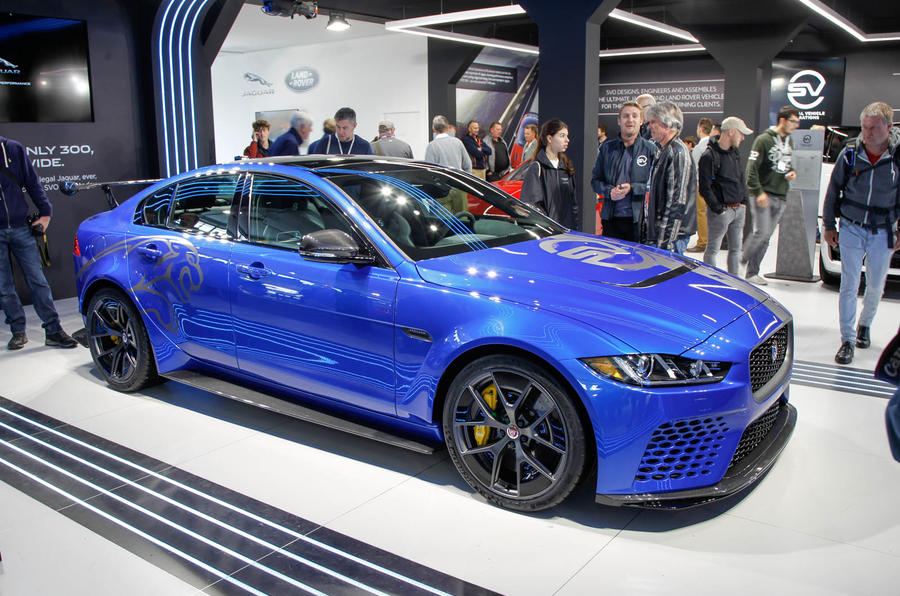 Jaguar's Project 8 is a proper geek's performance car: it had life and momentum behind it long before it was drawn by a designer. And isn't it great they have the confidence to make it? A £150,000 XE likely to be viewed by those who just don't understand how special its construction and specification is as an utterly mad idea. The handbuilt Jaguar returns.

James Attwood - The paddock in the morning 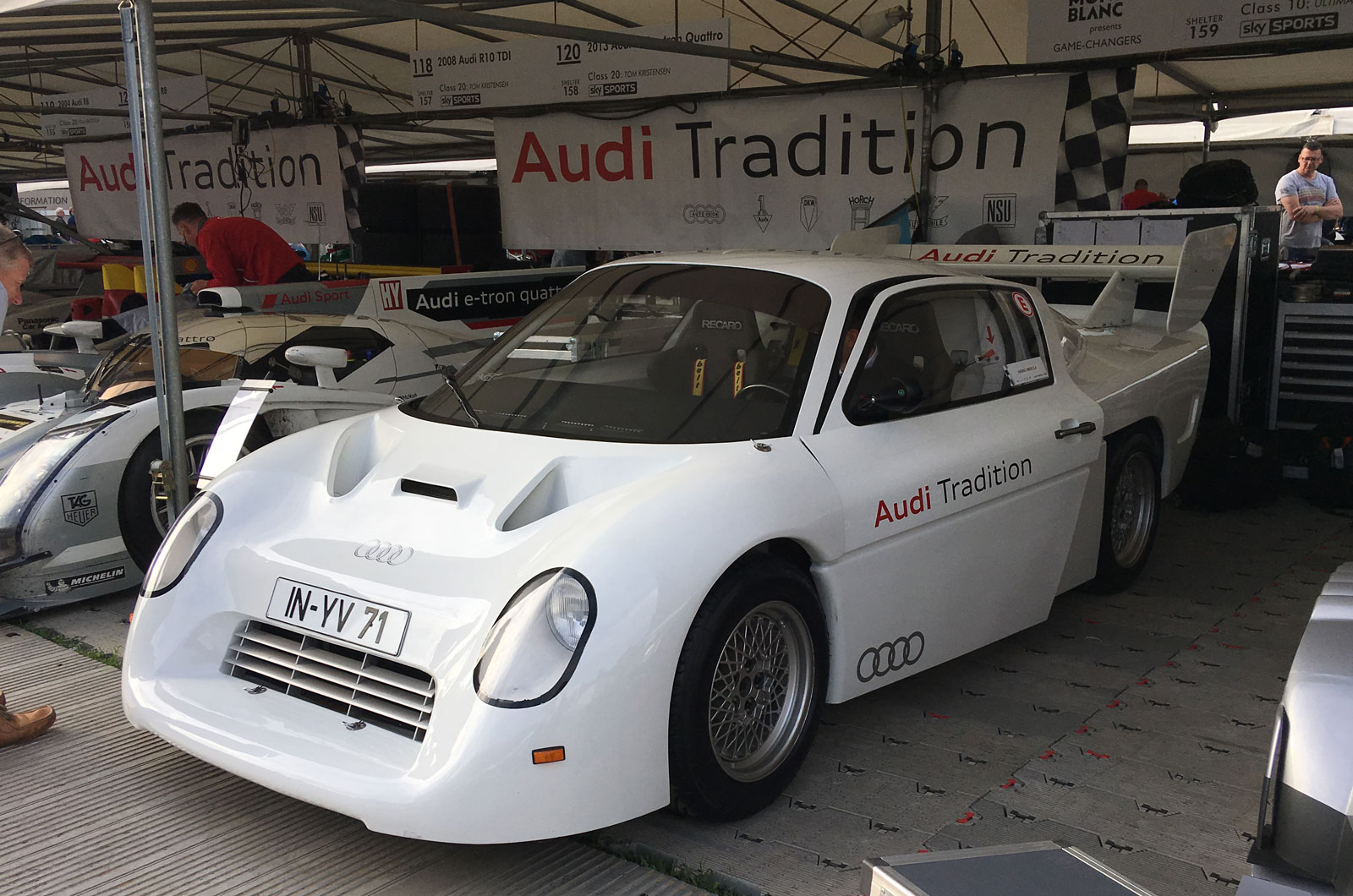 Top Goodwood tip: set your alarm for stupid o'clock and get there early. You'll miss the traffic, and you can wander the paddock as covers are pulled off cars and engines warmed up. The howl of a Group S Audi Quattro and bark of a Chevrolet Lumina NASCAR, among countless other exotic notes, will soon help wake you up...

My big show moment happened straight away: clapping eyes on Gerry Judah's huge installation outside Goodwood House, celebrating the life of Bernie Ecclestone. I had expected a monument showing a silver-haired bloke with glasses, perhaps not as tall as in other years. Cars are from Bernie's own collection, and hardly ever see the light of day. 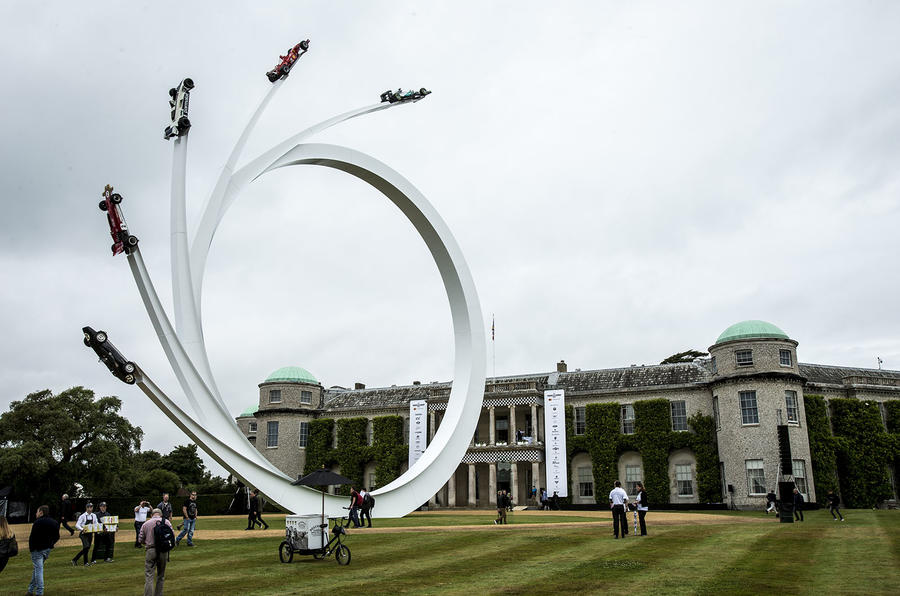 Read more about the five cars on the Ecclestone sculpture

Audi may be gone from today's Le Mans roster, but it's passion for the sport remains undimmed if it's commitment at Goodwood to honouring Danish driver Tom Kristensen's career is anything to go by.

The nine-time Le Mans winner (seven of which were at the wheel of Audis) is being reunited with several of his race-winning cars, all still resplendent with the detritus picked up during their runs to glory. You can only wonder at the mechanics' fears lest an on overzealous polisher try to return any of them to concourse condition... 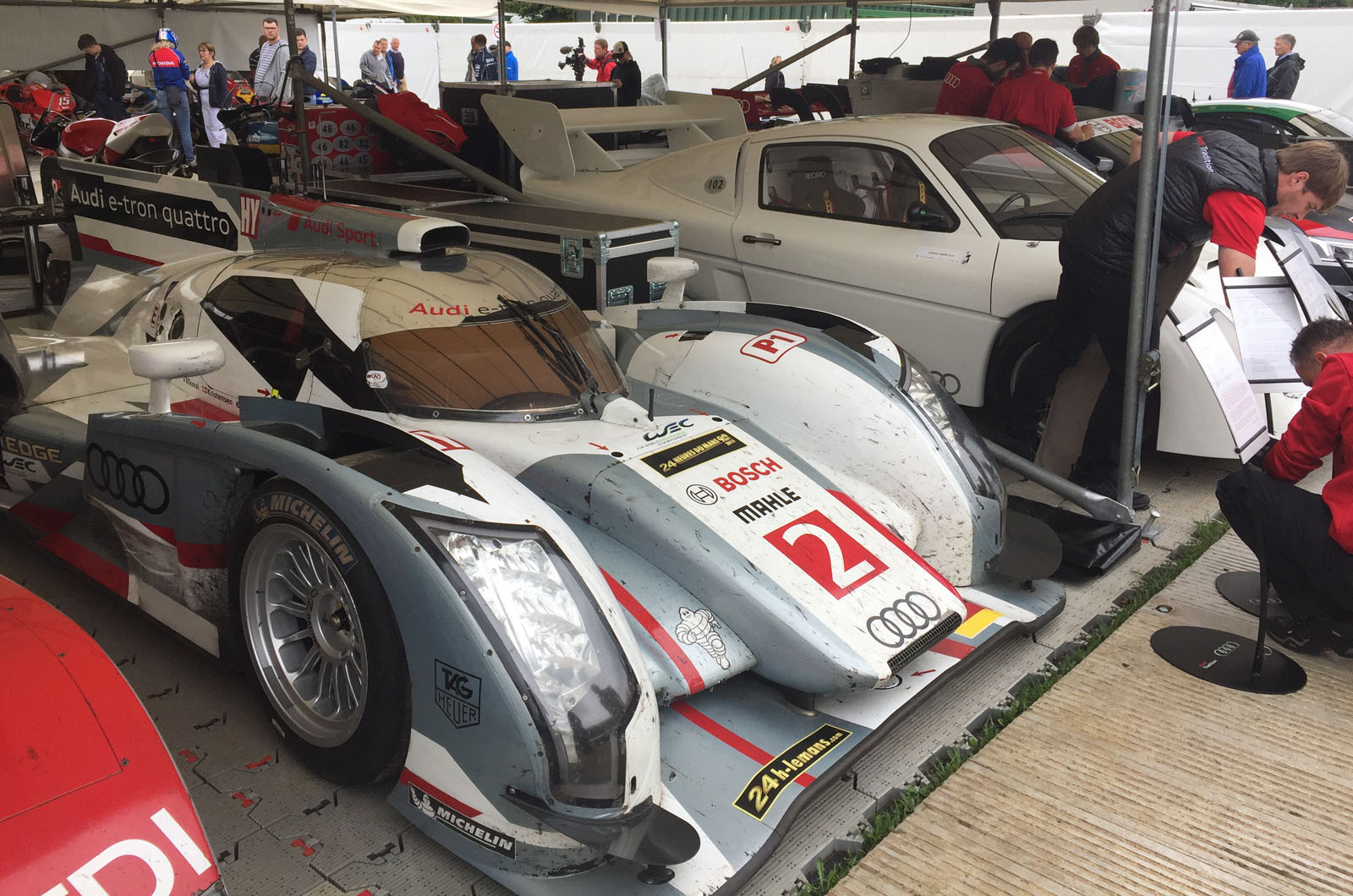 Interview: Tom Kristensen on Le Mans and his Goodwood Festival of Speed celebration 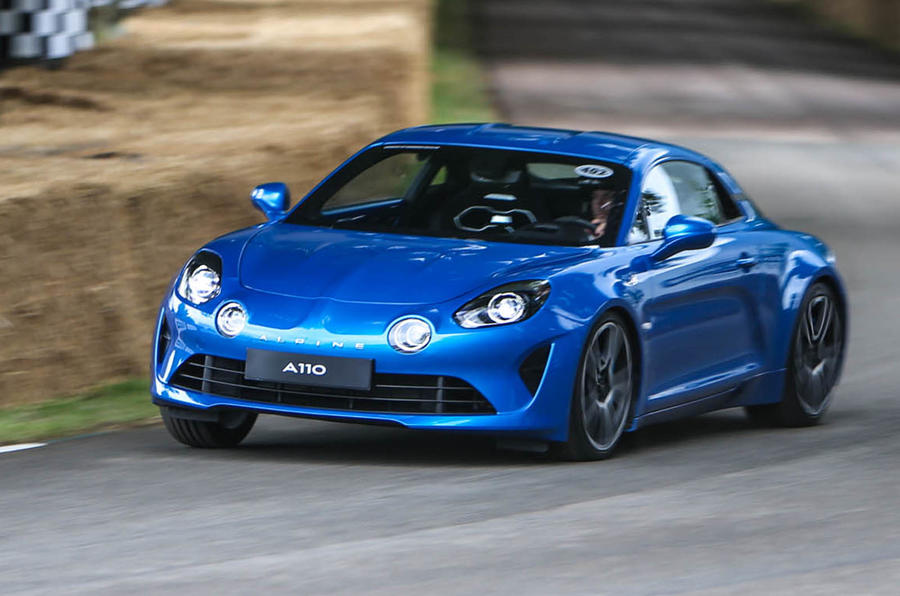 There is no sports car I’m more excited about this year than the Alpine A110. Sure, you might have to suspend normal expectations – it’ll ask big money for its small power output. But finally, today, I saw it alongside other sports cars rather than under motor show lights – and it is brilliantly, wonderfully teeny. What a potential gem. 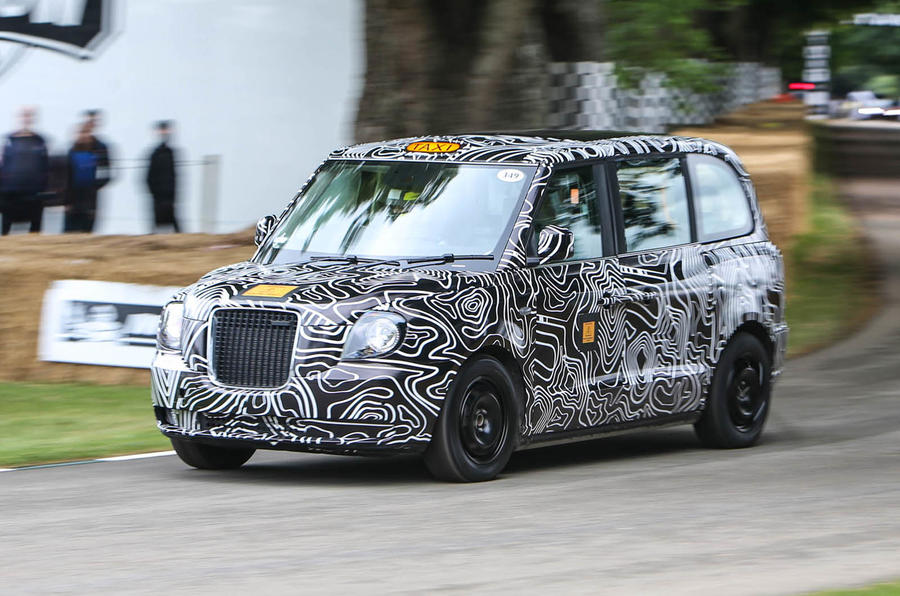 My star car isn't hugely spectacular, expensive or even quick. It's not a supercar and will be anything but exclusive when it goes on sale. But the way the new LTC electric London cab wafted off the line when embarking on the hillclimb was deafening in its silence, where its forebears would have chugged away, leaving fumes in their wake.

Spectacularly unspectacular, the cab's not the usual Goodwood fodder - but it is an intriguing insight into the black cab's future, and another reason why Goodwood is the UK's motor show.

Rachel Burgess - for the love of cars

Largely because I’m a lucky motoring journalist who often only shares motor shows with other media,  this year’s Goodwood was a reminder of how many people love cars in all shapes and guises. This young boy (captured poorly by moi) was reading the Lamborghini Aventador S spec panel intently for some time. Meanwhile, over at the Cartier lawn, two teenage boys were discussing their favourite Ferrari 250s, and at the Ford stand, a woman was sitting in the Ford Edge discussing its merits with her partner. The cost of Goodwood tickets certainly don’t make this event for the everyman but, nonetheless, it’s a glorious celebration of the entire automotive world, not just the million-dollar cars going up the hill.

Goodwood is as much about the drivers as it is the cars. No better example of that came with Robert Kubica, who was greeted by dozens of cheering and applauding fans when returning to the Renault Sport awning in the E20 2013 Formula 1 car he drove.

As soon as he’d hopped out of the car he walked straight to them, shaking hands and posing for selfies. Top, top man. 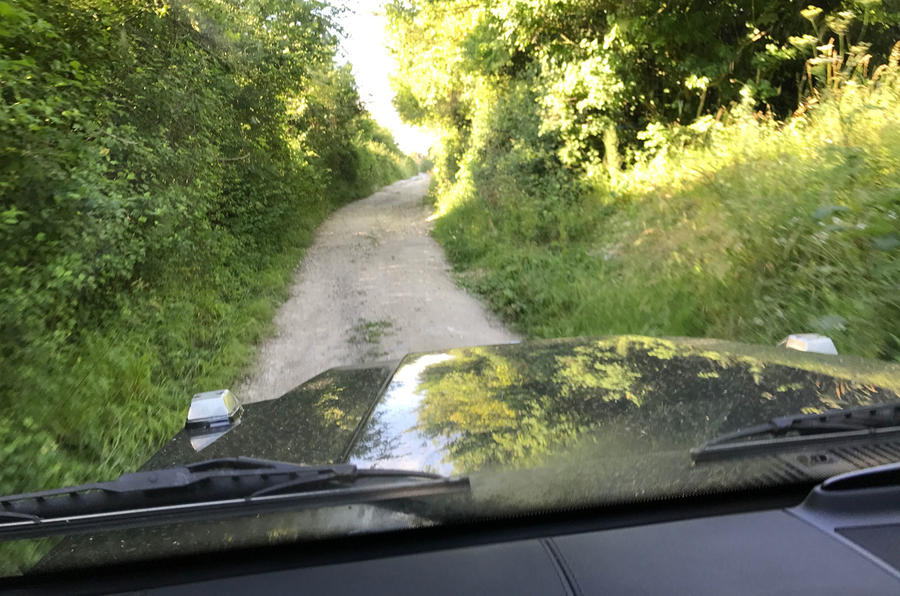 Picture the scene. I’m in a Mercedes GLE on my way into the Festival of Speed via Mercedes’ secret off-road route, when we’re asked to pull over on the radio. On the tight and twisting gravel road, we find a break in the trees and dutifully step aside. A silver G-Class comes past at a blistering pace, with a grinning Valterri Bottas at the wheel. Apparently he asked to drive himself into the festival. Well, if you’re going to step aside for anyone, it might as well be a Formula 1 racer…