LTC’s next model will be a range-extended electric vehicle; latest pictures show it's into the latter stage of development as hot weather testing nears completion
Open gallery
Close

The London Taxi Company (LTC) will launch its new range-extender electric cab in the final quarter of this year, ahead of Transport For London (TFL) legislation that all new cabs must be ‘zero-emission capable’ range of at least 30 miles.

The company has released images of the model undergoing hot weather testing in the Arizona desert, which, LTC claims, has tested the strain on the batteries caused by the hot conditions. Journeys of around 300 miles - three times the average daily mileage of a London cab - were completed.

TFL will introduce the ‘zero-emission capable’ legislation on 1 January 2018. Production of the new electric taxi will begin once work has finished on LTC’s new purpose-built plant in Coventry later this year. LTC is due to open its new facility on 22 March following a £300 million investment by parent company Geely.

LTC is keeping quiet about the finer details of the EV taxi, saying only that the range "exceeds requirements comfortably". A final figure will be determined when testing concludes. 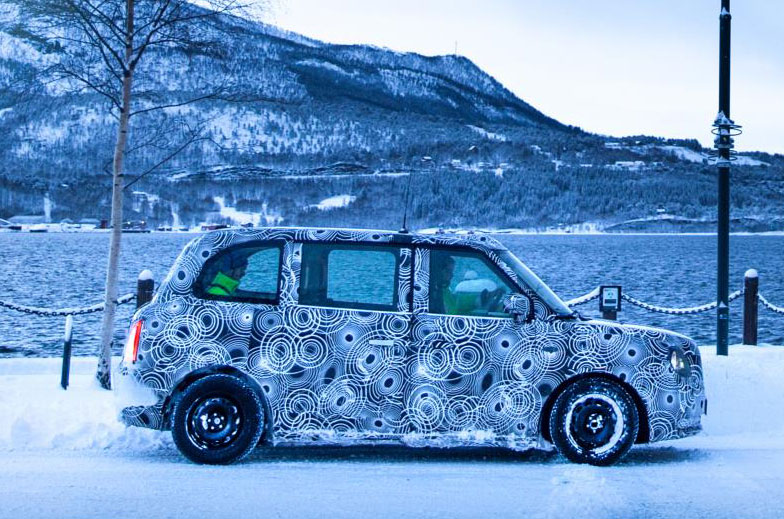 LTC CEO Peter Johansen said last year that one fill-up per day would be needed for the range-extending petrol generator. “A taxi driver will do 150-200 miles in a day, so the idea is the driver will top-up once during the day and travel the whole day on electric power.”

Expensive electric car charging to be clamped down in 2017

Johansen also clarified the necessity for a range-extender rather than a traditional battery EV, citing recharging times and the lack of a fast-charge infrastructure as contributory factors for the traditional battery EV’s incompatibility with taxi use. He also revealed that since Geely, which also owns Volvo, acquired the London Taxi Company in 2013, Geely chairman Li Shufu's aim has been to build an electrified taxi.

Johansen also noted that the current investment in infrastructure isn’t enough to cope with demand, although London has been rapidly increasing the number of fast chargers in the city in recent months.

Johansen believes the new powertrain would go down well with London cabbies. “The cabbies are very very enthusiastic,” he said. "I talk to a number of them regularly and they can’t wait to have a new cab to take the green initiative."

Like it or not, cabbies will have no choice but to adopt the range-extender LTC model once the TFL legislation takes place at the beginning of 2018.

Strange to not see a new

Strange to not see a new vehicle not tested flat out around the Nurburgring, as I thought that was compulsory these days :-)
Phil R 1 June 2017

Given that 90% of UBER's are Prius's and pretty modern one's at that, they'll be putting out a hell of a lot less local emissions than the black cabs. The black cabs should definitely be targeted as they're the worst offenders by a long way, especially when there is 50 odd of them just sitting in a queue for Paddington station with their engines running for no reason.
stumpys182 13 March 2017

What about the other 'cabs'

What about the other 'cabs' in London? Will UBER drivers, chauffeurs and minicabs need to be 'Zero emission capable' too? It seems to me that TFL is doing everything they can to drive the 'proper' London cabbie out of business. I agree with the principal of reducing pollutions from public transport etc in major cities, but you cant just target the black cabs. These guys already have far more to contend with than any other private hire drivers (public Carriage Office inspections, regular checks, etc etc) without forcing them to buy/rent massively expensive vehicles just to please the Mayor (who's probably an Uber shareholder lol)
View all comments (6)