BACK TO ALL NEWS
Currently reading: Volkswagen ID range to be 'future-proof' with over-the-air technology
UP NEXT
New Aston Martin F1 team unveils 2021 AMR21 challenger

German brand is exploring how software changes can 'update' a car, even if it is second-hand
Share
Open gallery
Close
Share story

Volkswagen says that its ID range of fully electric cars that go on sale in 2020 will “go as far as we can” with the technology – with the company planning to introduce full self-driving from 2025 onwards.

The firm has revealed three ID concepts so far – the ID hatch (pictured below), ID Crozz SUV (pictured above) and the Microbus-inspired ID Buzz. Production versions of the first two are due to go on sale in 2020, with the Buzz following in 2022. Volkswagen has targeted selling one million lithium battery-powered ID vehicles by 2025.

The all-new MEB electrical platform that the ID family of vehicles sit on features a revamped architecture, with a new electrical system designed to cope with the extra processing required for fully autonomous driving systems.

“The ID cars will be prepared to offer autonomous driving functions,” ID Crozz product manager Jerome Kueppers told Autocar. “You make it ready for the future, and because electric cars have energy on board the whole time [through the battery], you can offer over-the-air software updates. Today, it’s not that easy to update the systems on a car, because if it’s parked you don’t have energy. So e-mobility gives us more possibilities to play with in terms of electrical systems.” 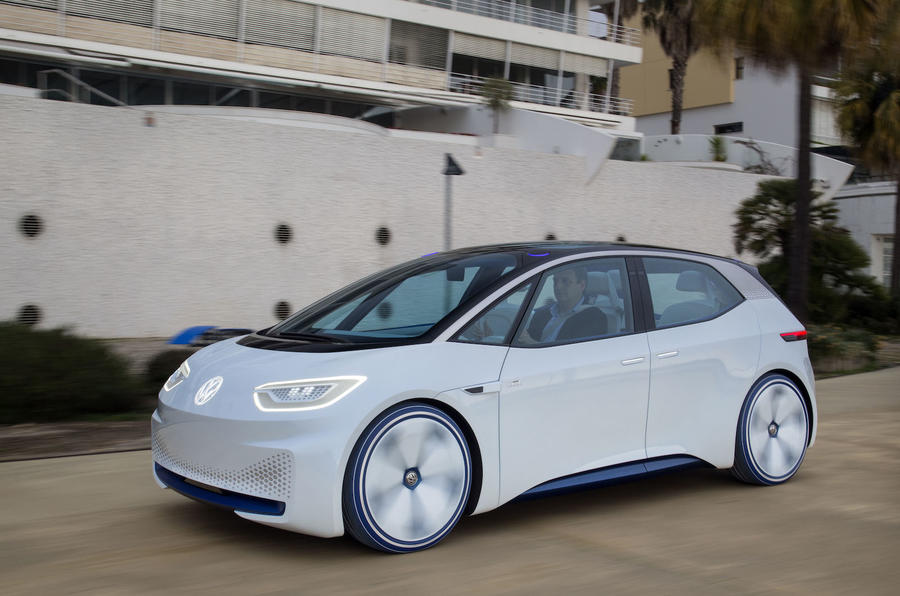 The revised ID Crozz 2 concept, first shown at the Frankfurt motor show, features four laser sensors on the roof, which are complemented with ultrasonic and radar sensors, as well as front and side cameras. The on-roof sensors glow blue when the system is in use as a signal to drivers in other cars that the vehicle is operating in autonomous mode.

Kueppers said it was unlikely the first production ID cars that go on sale will feature the full sensor set, which is more likely to feature in second-generation models. He added that the systems could be upgraded as technology developed, which could enable buyers of used ID cars to select upgrades their first owners did not have.

"There will be a time when you buy an ID as a used car, and then it might be [that] you can choose to have automatic cruise control or satellite navigation by activating it over the air," Kueppers said. "That’s completely new for us.”

The ID Crozz in detail 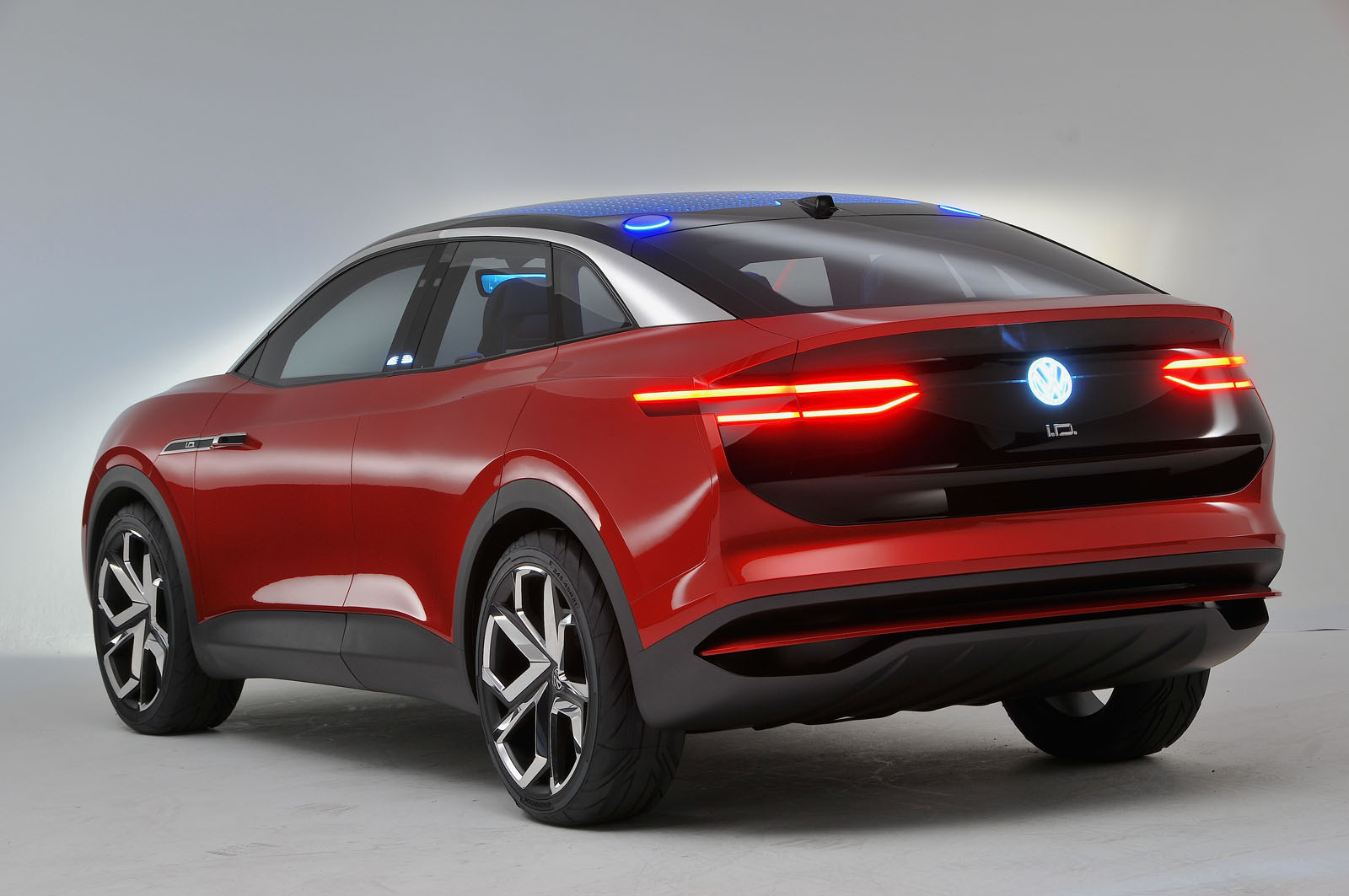 The ID Crozz is described by VW as a ‘sporty’ crossover that combines an SUV with a four-door coupe. As well as being part of the brand’s ID electric range, Volkswagen says the ID Crozz will sit within its existing SUV line-up.

The ID Crozz will launch ‘in parallel’ with the ID saloon in 2020. While the ID is similar in size to the Golf, the ID Crozz is broadly comparable to the Tiguan small SUV – albeit with sportier, coupe-style styling. The ID Crozz is 4625mm long and 1891mm wide, with a wheelbase of 2773mm and a 515-litre boot, similar dimensions to the Tiguan Allspace.

While the Tiguan can accommodate up to seven seats, the ID Crozz concept currently features four – with the rear seats designed to offer ‘premium’ space, and with flexibility to accommodate large loads. The rear doors retract fully back and the front doors open 90 degrees which, combined with the absence of B-pillars, is designed to give easy access.

Kueppers noted that the generous interior space has proven very popular among those who have seen the ID Crozz, but noted it was likely a more conventional three-seat bench would be available on production models. He also said that VW would offer a seven-seat electric SUV, but wouldn’t specify if that would be a modified version of the Crozz or a different model.

The feeling of space inside the car is heightened by thin front and rear seats, along with a light shade panoramic roof, which features LED light strips built in visible from inside and outside the car. Individual climate control settings are available for front and rear passengers, using digital door panel controls.

The ID Crozz 2 features exterior and interior styling closer to production form than the initial concept shown at the Shanghai motor show. That includes refined LED headlights and the LED light VW badge on the front and rear of the car. The ID Crozz concept features 21-inch wheels. 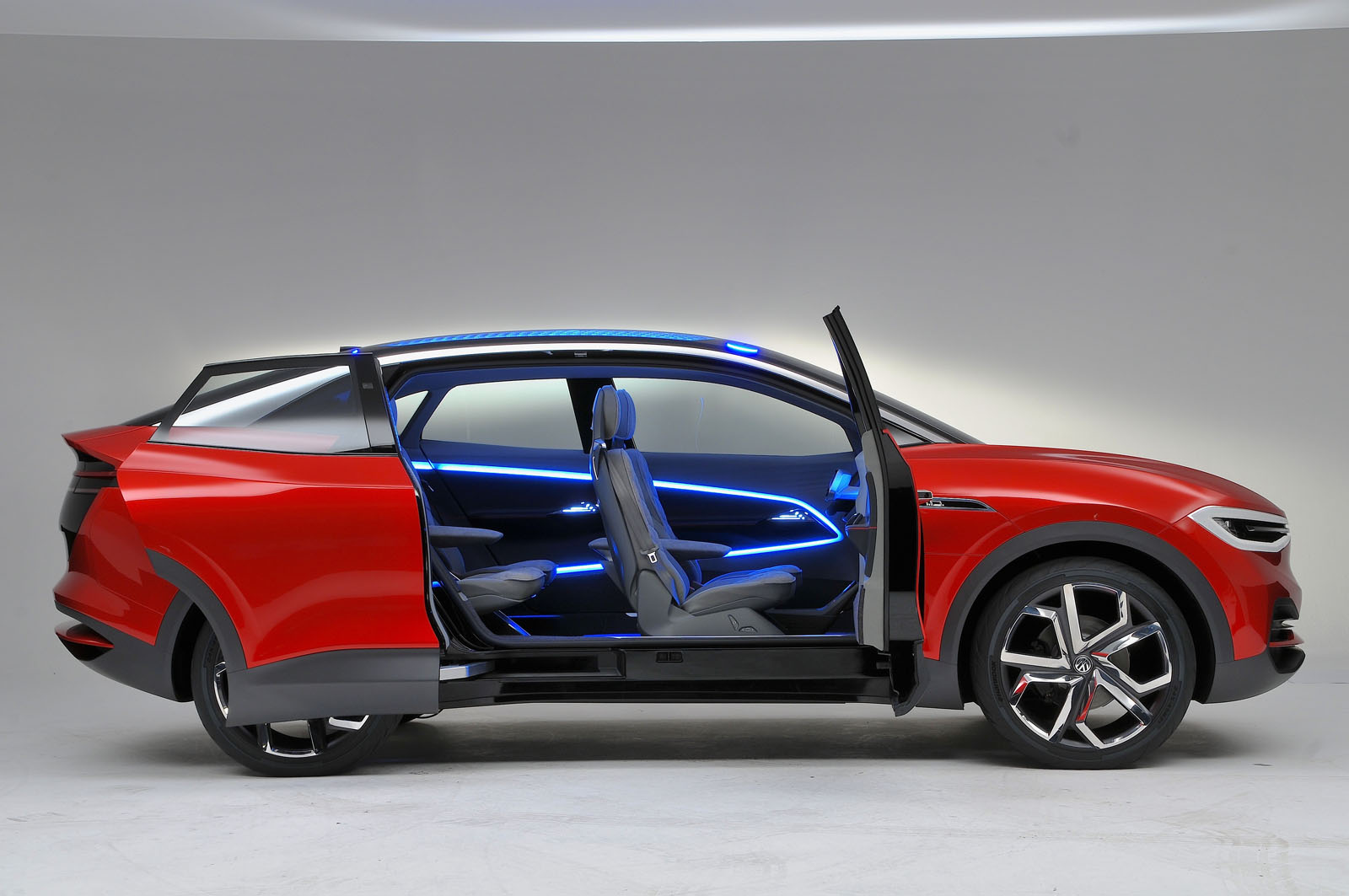 While the ID saloon will be powered by a single 167bhp motor driving the rear axles with a 370-mile range, the ID Crozz concepts uses two electric motors, producing a combined 302bhp to form a version of VW’s 4Motion all-wheel-drive system. A rear-mounted 201bhp motor will drive the rear-wheels, with the machine set to operate in RWD mode by default. When extra traction is needed, an ‘electric propshaft’ will prompt a 101bhp motor that directly drives the front axles. The car will have a top speed of 112mph.

The two engines are fed by an 83kWh lithium ion battery located under the vehicle floor, in a ‘chocolate bar’ layout to maximise internal space. Volkswagen says that battery will give the car a range of 310 miles under the New European Drive Cycle measurements.

The ID Crozz will likely be offered with a single engine two-wheel-drive layout and this four-wheel-drive option, with different battery sizes available at various price points, allowing buyers to balance their range requirements with cost.

The location of the two engines at either end of the car and the floor-mounted battery has enabled Volkswagen to give the ID Crozz 2 concept a 48:52 weight distribution. Combined with electronic damping control, multi-link rear suspension and MacPherson front struts, Volkswagen says the Crozz will have similar handling properties to the Golf GTI.

The forward front axle and packaging allows a turning circle of 10.5 metres. 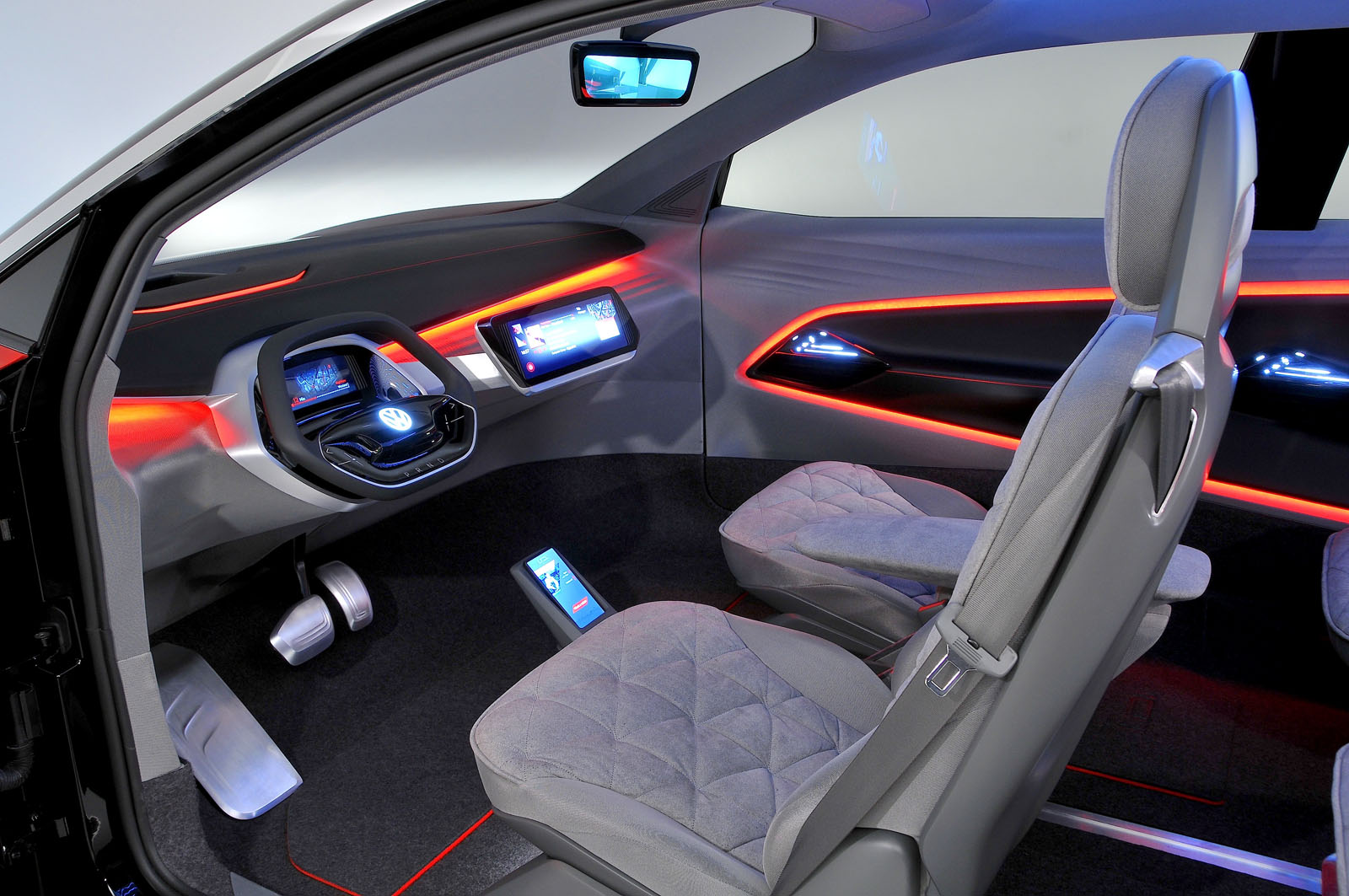 The ID Crozz concept features a number of new interior features and driver assistance systems, which are likely to be retained for the production model in 2020.

These include extended voice control for actions including activating the ‘ID Pilot’ autonomous mode and opening the doors, and a series of smart lights, incliding a strip on the dashboard that works with driver assistance features to warn a driver if they need to turn in a particular direction to avoid a collision.

The car’s dashboard is fully digital, with many of the controls accessed on the retractable multifunction steering wheel. An augmented reality head-up display providing the driver with speed and navigation information, and is complemented by a 5.8-inch Active Info display. That screen can also display navigation information and infotainment controls, which can also be operated by a 10.2-inch tablet-style touchscreen.

The ID Crozz concept features an e-mirror, which replaces a physical mirror with a screen that displays images from three cameras. The wing mirrors have also been replaced by cameras. It is unknown yet if this technology will make production models, with certain countries having legislation in place requiring physical mirrors.

One word: Dieselgate - a SOFTWARE fraud perpetuated on a MASSIVE scale.

They say whatever is needed to get headline space (keep our minds of Dieselgate?).

This ID model is still a minium of 3 years away but they talk as though electricification won't start until they're ready to release a pure EV model. If there’s an ID story once a month for 3 years that’s 36 press releases before a single car is made. Pure press malipulation

Anyone else nervous about

Anyone else nervous about Volkswagens rush towards electrification and autonomous vehicles? One of their chief executives said a while ago he wanted the group to be "number one" in these fields, worrying words when it is that attitude that has caused their short cuts in recent times with DSG, twin-charger engines and the cheat devices. I'm sure VW's future customers would much rather the company took their time and developed things properly.