BACK TO ALL NEWS
Currently reading: Refreshed Toyota Aygo starts at £9695
UP NEXT
BMW M3 and M4 get radical new look, more power and 4WD

Toyota has launched an upgraded Aygo city car that offers more power and improved refinement, with a £435 price increase over the pre-facelift model.

Starting at £9695 for the entry-level VVTi X in three-door form - the only Aygo trim to get a three-door version - and £9995 for five-door cars, the Aygo tops out at £13,675 for top-spec X-cite trim with X-shift semi-automatic gearbox for the moment. Range-topping X-clusiv models arrive later in the year, with keyless entry and other tech tweaks. The best-selling trim will be £11,375 X-play, the second trim up from base-spec.

Launched in spring at the Geneva motor show and due on UK roads this summer, the Hyundai i10 rival, which has been on sale since 2014, now produces 71bhp and 69lb ft from its 1.0-litre three-cylinder petrol engine – a 2bhp gain and an unchanged torque output.

There are also improvements to fuel economy, raising the Aygo’s 68.9mpg combined figure to 72.4mpg. Toyota says there are has also been a reduction to the car’s 95g/km CO2 output, although it is yet to finalise the exact figure.

Alongside the powertrain improvements, Toyota’s engineers have tweaked the Aygo’s suspension and steering settings to sharpen its responses. Although exact details are currently unconfirmed, it suggests the steering rack may be slightly faster.

In addition, the 2018 car has thicker soundproofing that Toyota says enables a marked reduction in noise, vibration and harshness at all engine speeds. 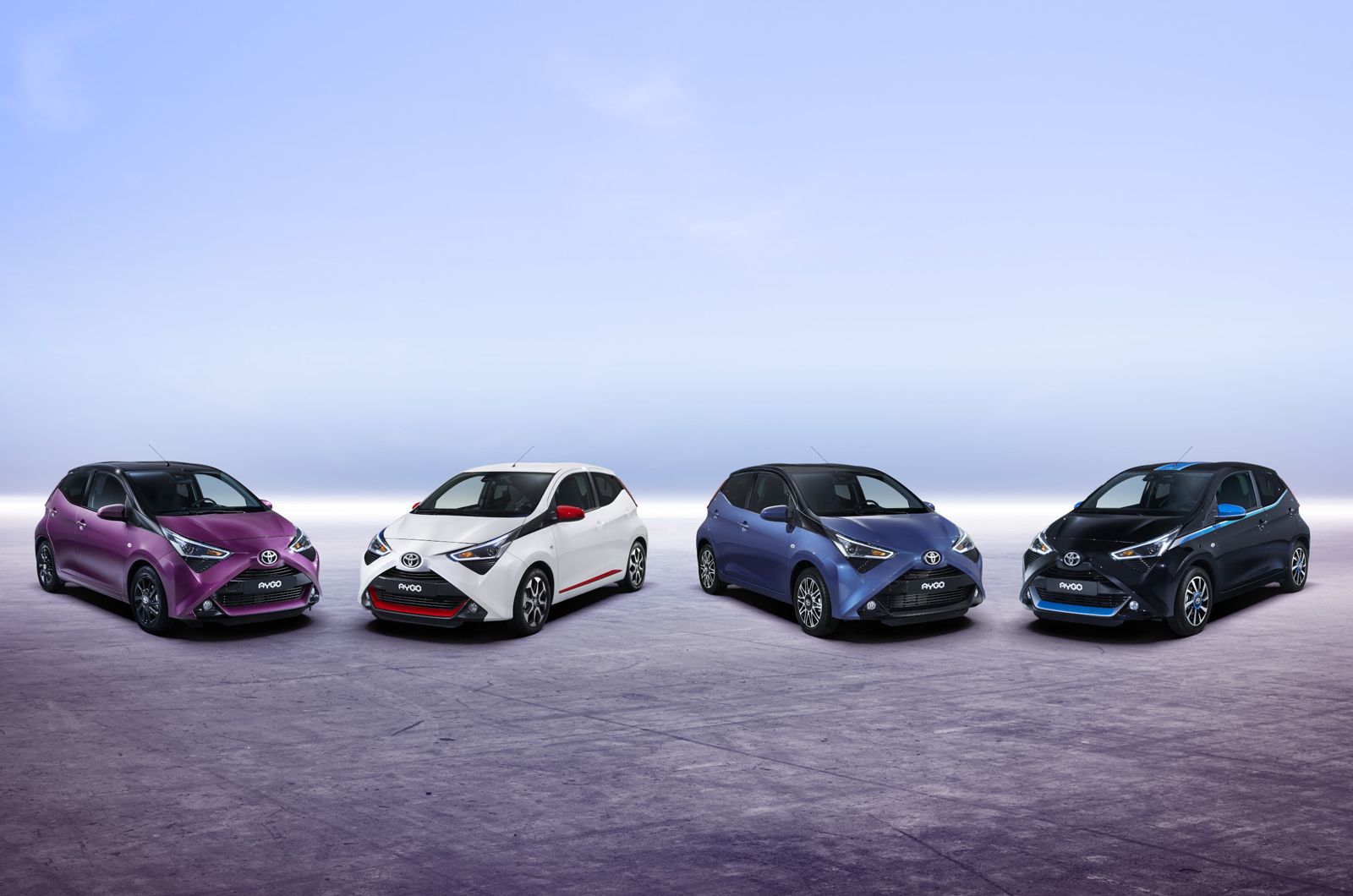 Minor changes have also been made to the Aygo's styling, with the distinctive X-shaped nose now colour-coded with the rest of the body. There are new LED lights, too.

Buyers get a choice of more colours and wheel designs, while inside there's a higher-definition instrument cluster screen and new interior trim options. UK specifications for these will be confirmed closer to the car’s on-sale date, which will likely be in June.

The Aygo is one of Toyota’s best-selling cars in Europe, with 85,000 examples having found homes in the past four years. It represents 6.6% of the A-segment market, which also features the likes of the Volkswagen Up and Peugeot 108.

First deliveries arrive in the summer, a few weeks after sales begin on 1 July.

Toyota Corolla name to return to Britain with Auris successor

Every little helps of course

But I'd defy anyone to notice a power increase of less than 3 percent!

I don't understand how the company can quote a fuel consumption improvement, yet not have a revised CO2 figure, since a given amount of fuel consumed will yield a fixed amount  of CO2. So 72.4mpg should equate with 90g/km CO2, assuming that the same test is used to produce the two figures.  Unfortunately for Toyota, nobody seems to care about C)2 these days, since it is no linger a road tax determinant...

The economy is great but like you said co2 is no longer of any importance with regards to rfl, this now being a £140 per year car as opposed to £0 for its predecessor.

About the redesigned nose. Whilst there's now more character, those grills resemble mascara running from the eyes.

The new nose does remind me a bit of Grumpy Cat, tbh!