BACK TO ALL NEWS
Currently reading: 2019 Toyota Corolla: Production commences in Derbyshire
UP NEXT
First drive: 2022 BMW XM prototype

Toyota has begun production of its all-new Corolla hatchback and estate range at the firm's UK manufacturing facility in Derbyshire.

An official ceremony attended by global Toyota figures marked the first models rolling out of the Burnaston plant. The production of the Corolla, which remains the world's best-selling car globally, will see European spec models arrive next month.

Business Secretary Greg Clark said the decision to produce the Corolla in the UK was "testament to our proud manufacturing heritage, the highly skilled workforce and leading innovation that sets our world-beating automotive industry apart".

Toyota previously announced the Ford Focus rival will start from £21,300 when it goes on sale in March alongside the Touring Sports estate, with the brand accepting pre-orders for both models.

Entry-level Icon models will arrive with 16in alloy wheels, an 8in infotainment system with reversing camera, heated front seats and automatic LED headlights, while more advanced Icon Tech models get a 7in digital instrument cluster, built-in navigation and parking sensors. 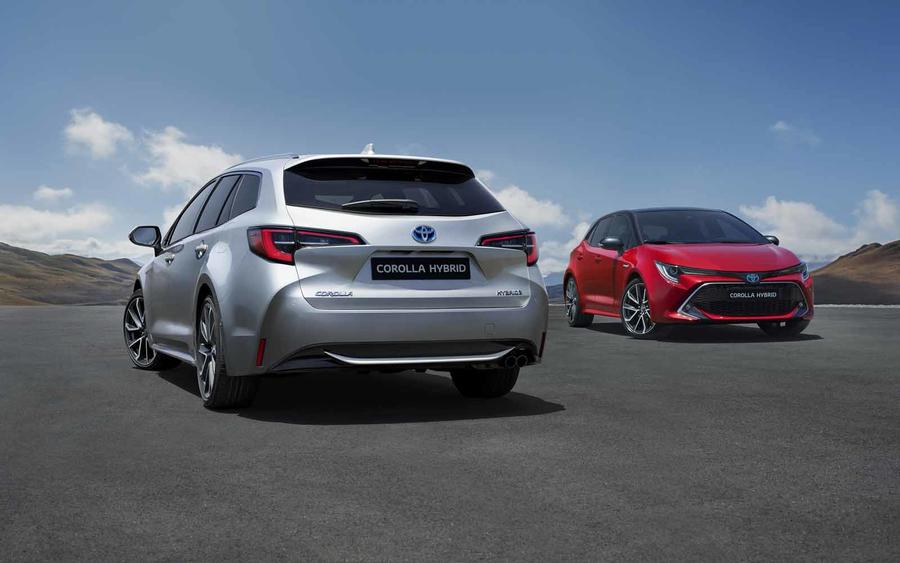 The new 2.0-litre hybrid engine is only available on step-up Design models and above. They gain 17in alloys, electric heated door mirrors, rain-sensing wipers and LED fog lights, with prices starting from £23,375 for the 1.2-litre manual.

Top-spec Excel models can be equipped with either the 1.8 or 2.0-litre hybrid, with prices beginning at £27,345. Equipment includes 18in alloys, sports seats, keyless entry and part-leather upholstery.

The Corolla was revealed at the Geneva motor show with Auris badging, suggesting that Toyota made the decision about the car's name after its Geneva reveal. It will be available with a choice of petrol hybrid engines, but no diesel option.

The only conventional option is a 1.2-litre turbocharged petrol motor with 114bhp. Two hybrid variants will be offered: the 121bhp 1.8-litre motor currently used in the C-HR and Prius, plus a new 2.0-litre version with 178bhp. The same powertrains will be offered across all three bodystyles of the new Corolla range.

Speaking at the reveal of the latest version of the small car, Toyota’s European boss, Johan van Zyl, said that the decision to axe a diesel variant was due to customer demand, noting that 41% of Toyota’s European sales in 2017 were hybrid models.

Opinion: Does Toyota's Auris decision put it ahead of the diesel curve?

Speaking about the decision to remove diesel engines from its passenger cars in Europe, van Zyl added: “Customer demand is a clear sign that our petrol-electric hybrids are a strong and popular alternative.”

The new Corolla is built on the TNGA platform. Van Zyl said: “TNGA gives the car rigidity and a low centre of gravity. These are the qualities you need for outstanding comfort, handling and driving pleasure.” Styling, particularly at the rear, takes clear direction from the 2009 Lexus LF-Ch concept, which previewed the CT hatchback. 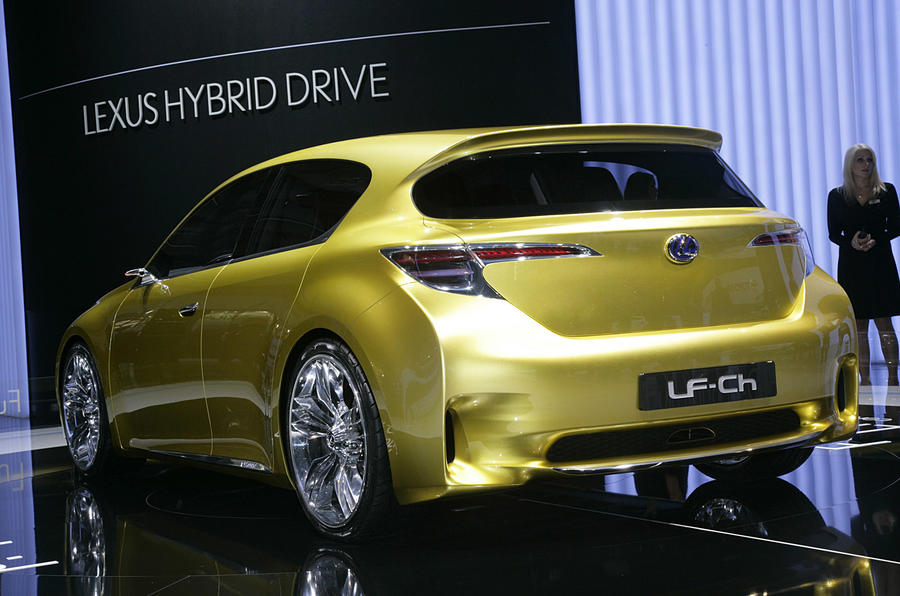 The redesigned front end features a grille that Toyota says is shaped like a catamaran hull, and also sports new LED headlights and daytime running lights. At the back, the rear windscreen is increased in rake, while a roof spoiler is standard on all trim levels.

Toyota’s Burnaston factory benefitted from £240 million in investment last year in order to prepare the plant for the transition to the TNGA platform.

Opinion: Does Toyota's Auris decision put it ahead of the diesel curve?

xxxx we bow to the fact you are cleverer and know more about marketing, manufacturing and selling cars than the 2nd largest car maker in the world. LOL.

That's OK, you're obviously to clever to respect other people's opinion, wishes and desire on what car they'd like to see being produced.  Shame Toyota went for Hydrogen and CVT, maybe that's why they're no longer number 1.

A couple of months ago it was

A couple of months ago it was reported that the saloon would make it to the UK as a defacto Avensis replacement, now it is reported

"A Corolla saloon, built alongside the C-HR in Turkey, won't come to the UK. "

What happened in those few months? It makes sense, small saloons don't sell here, but it looked a good looking car.