BACK TO ALL NEWS
Currently reading: Italdesign Duerte to enter limited production as targa-roofed Zerouno
UP NEXT
Why last-mile delivery EVs are big business for car and retail firms

The Italdesign Duerta has been revealed as the targa-topped variant to cater to demand, after the design house sold all five examples of the Zerouno coupé it produced.

The Duerta uses the same 5.2-litre V10 engine as the Zerouno, although this brings the car's top speed down to 199mph from the 200mph+ of the Zerouno coupé. Five will be produced by the end of 2018, although each is expected to be unique, with buyers creatively involved in designing bespoke elements of the car, including the interior.

Duerta makes up part of Italdesign's 50th anniversary celebrations, although head of design Filippo Perini confirmed that the car was already planned when the Zerouno was shown at last year's Geneva motor show.

The car’s bodywork is entirely carbonfibre, while the chassis is a carbonfibre and aluminium unit - modified from that of the coupé, but with the top section reworked for the removable carbon roof. A soft-top roof for more urgent shelter is also provided.

The rear of the car and the upper sections have been completely redesigned for the new roof, although the rest of the car is untouched.

Italdesign CTO Antonio Casu said: "From an engineering standpoint the challenge we faced was designing a new chassis: we reinforced the structure to compensate — in terms of rigidity — for the absence of the B and C pillars, typical of a topless car, to ensure a performance comparable to that of the Zerouno coupé."

Duerta in Piedmontese dialect means ‘open’ - Piedmont being the region of Italy from which Italdesign hails. 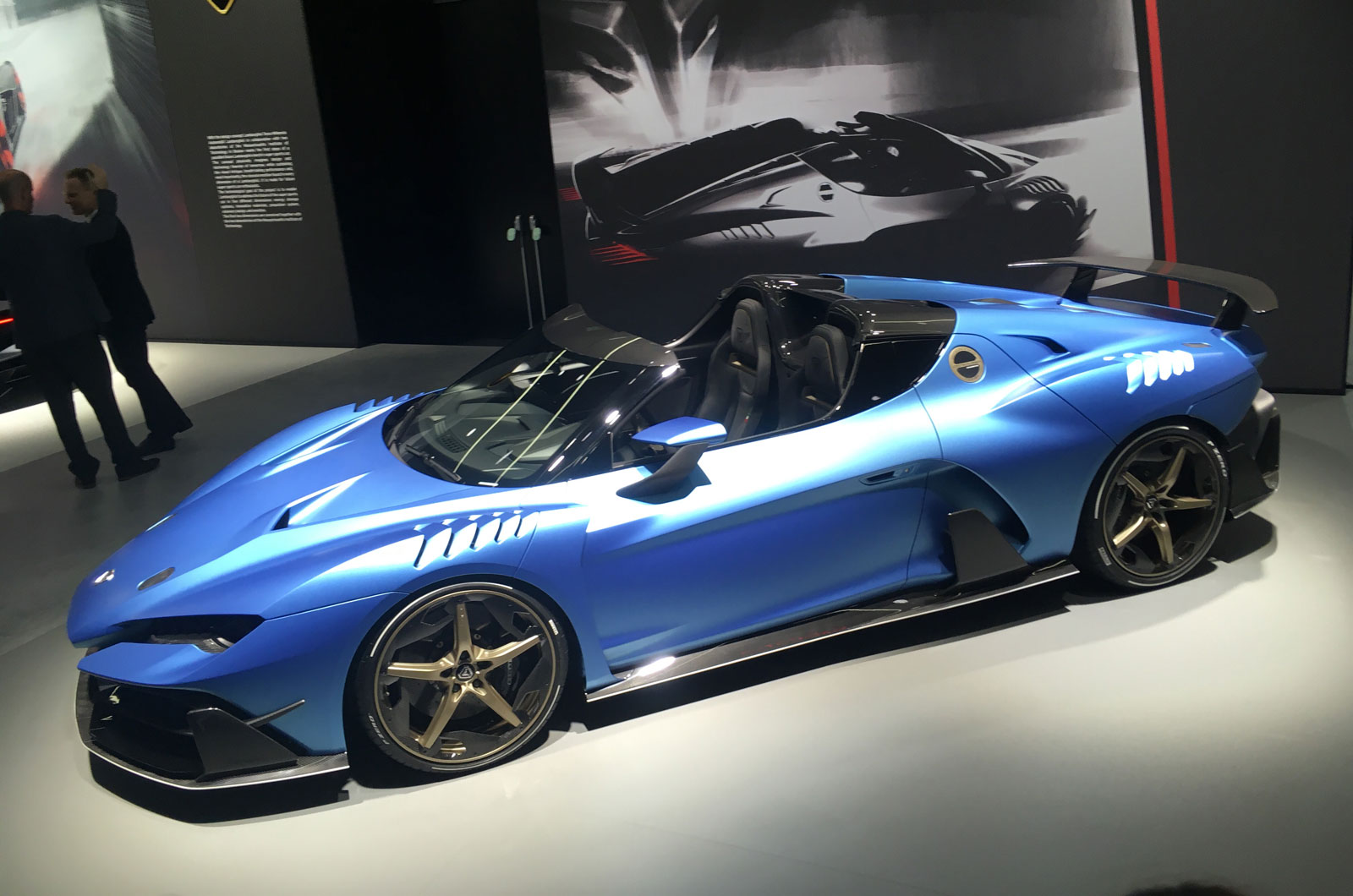 Following the public debut of its first car - the Zerouno coupé - at last year's Geneva motor show, the brand brought chassis number 002 (finished in red) to the Pebble Beach show in California last year. Italdesign also showed a Zerouno at the Salon Privé event, which took place at Blenheim Palace in the summer.

The V10 supercar is capable of over 200mph and has been launched by the famous Turin-based design house, which was founded by Giorgetto Giugiaro in the late 1960s and now part of Volkswagen Group. It marks the first of several planned low-volume models produced by the new Italdesign Automobili Speciali.

Although not officially revealed, the entry-level price for a Zerouno is said to be more than £1.3 million - but it is tipped to cost close to £2m after owners add their chosen extras. These include a wide variety of trim, equipment and performance personalisation options. 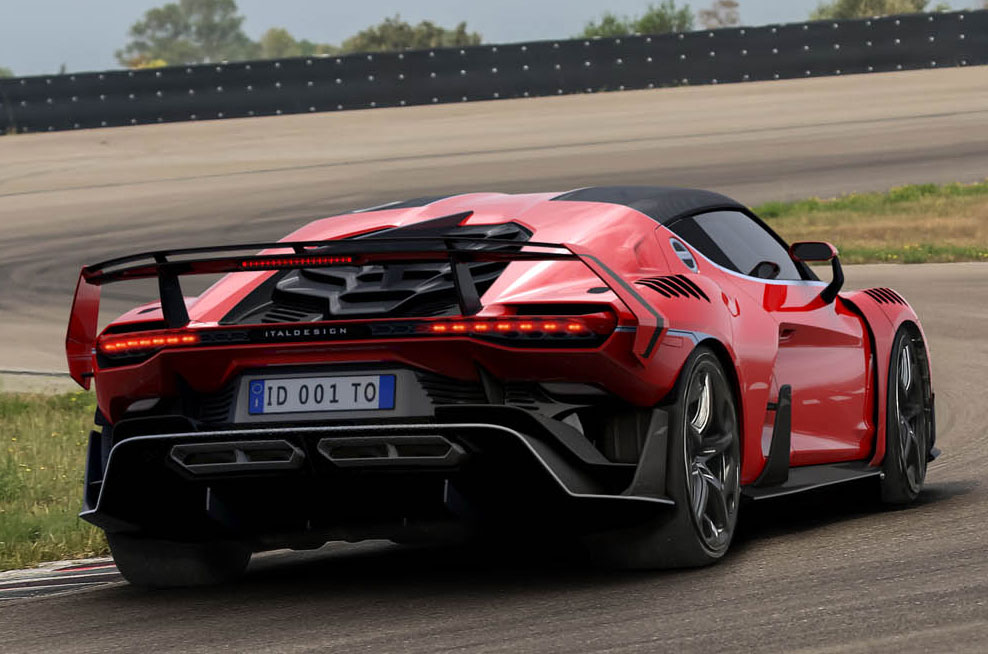 The five customer cars were aimed at “collectors and visionary enthusiasts”. The brand said it still has several buyers after a car, so was previously exploring the "possibility to build a roadster version",  having already opened "dialogue with customers worldwide to truly materialise their wishes into it".

Speaking to Autocar last year, Filippo Perini, Italdesign’s supercar project chief and head of innovation design, said of the first model: “For the first time, we can offer collectors the chance to order a true made-to-measure car."

Perini added that, every year from 2017 on, the company will develop a new car bearing its own badge, “always in a very exclusive number of examples”.

The new supercar uses a 5.2-litre V10 petrol engine shared with the top-end versions of the Audi R8. It also adopts Audi’s quattro permanent four-wheel-drive system. Top speed is estimated at 205mph and the 0-62mph acceleration time will be just 3.2sec.

The company’s engineers promise “racing car performance with type approval”, so the car can be used on normal roads.

Sophisticated aerodynamics and lightweight construction are major themes in Italdesign’s first supercar. The body features a prominent front splitter, louvres over the wheel arches to relieve air pressure, side-mounted fins and a racing-style rear spoiler that works in conjunction with a large underbody diffuser to tune the car’s high-speed aerodynamics. 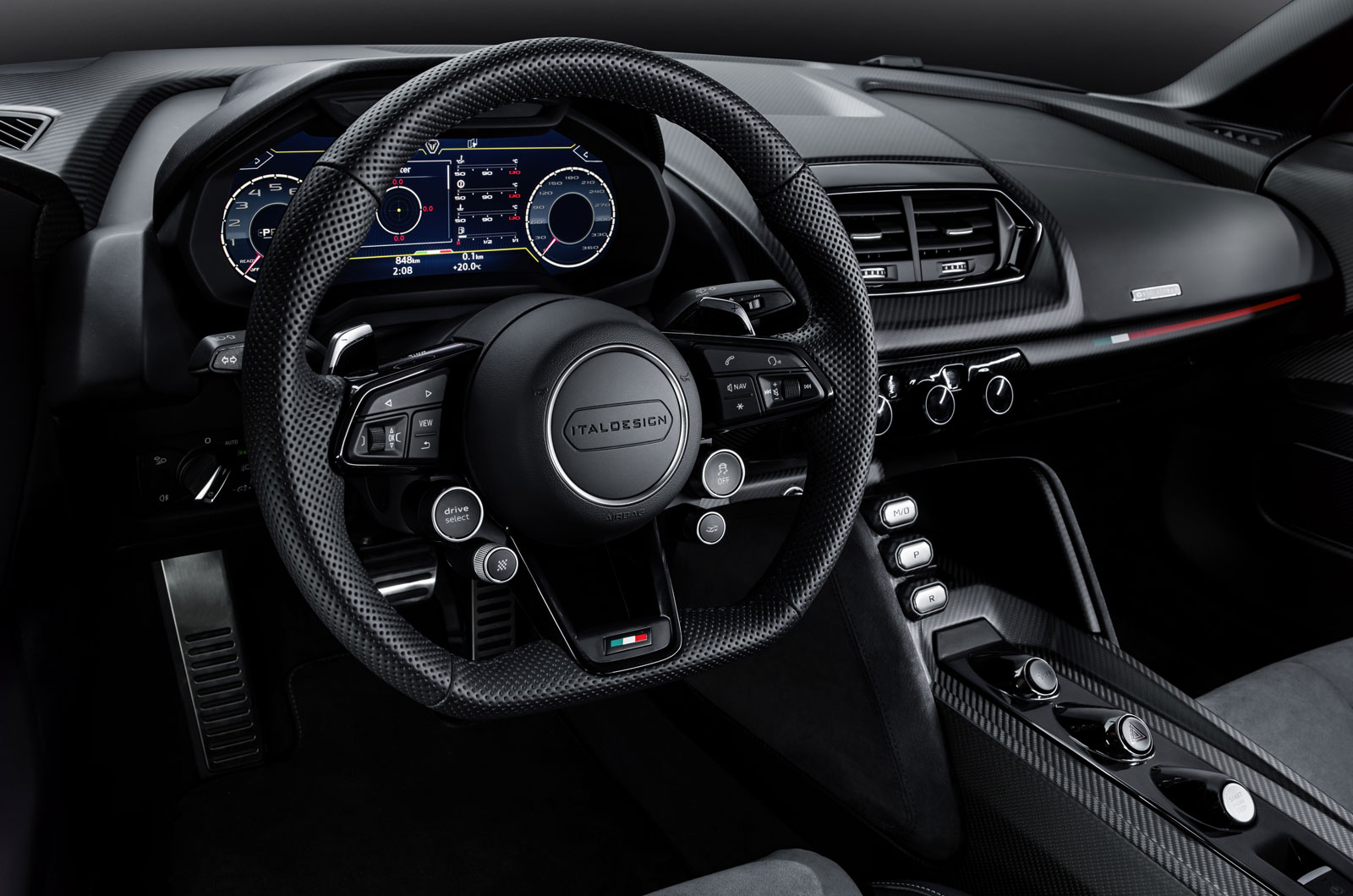 The body panels are made entirely of carbonfibre and the car is expected to have a kerb weight that will undercut Volkswagen Group’s other V10-engined supercar models, the Audi R8 and the Lamborghini Huracan, which weigh 1595kg and 1575kg respectively.

The overall impression of the styling is of a modernised Lancia Stratos, although Italdesign’s supercar is more than a metre longer than that model. The Zerouno is similar in footprint to the Lamborghini Aventador, at 4.87m in overall length.

The relationship with Lamborghini is far from coincidental, given that it was Audi-owned Lamborghini that completed a purchase of Italdesign in 2015, after buying a 90% interest from the Giugiaro family five years earlier. 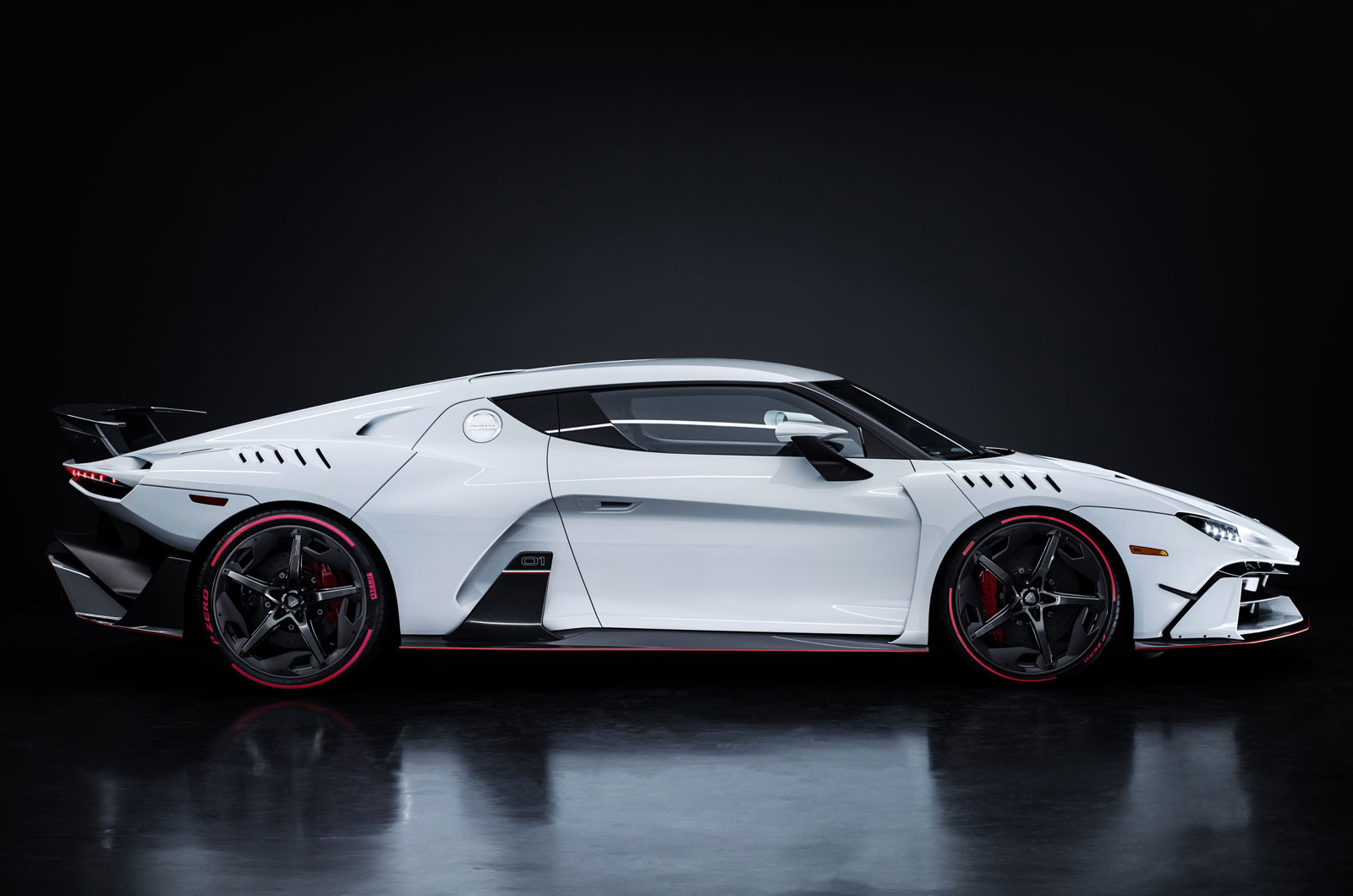 The Zerouno's engineers revealed little about the provenance of their new car’s underpinnings, confirming only that it uses “a modular chassis in carbonfibre and aluminium”.

There’s no suggestion that anyone but Italdesign created this car. Company insiders say it is the work of a 60-strong band of designers, engineers, technicians and composite experts, brought together under Perini.

“This project is the result of almost 50 years’ expertise in design, engineering and construction of fully functional automobiles,” said Perini. “We are absolutely delighted to make our debut in this market.”

Salon Privé co-founder David Bagley said of the car's UK reveal: “It’s an honour to be chosen as the location to host Italdesign’s UK debut. Following the Zerouno’s official launch at the Geneva motor show, where we also saw the new painted Pirelli P Zero tyres, I’m delighted to welcome Italdesign and its sublime supercar to Salon Privé this year."

Italdesign has designed many successful supercars in its 50 years. Think BMW M1, Lotus Esprit and Maserati MC12, for starters. However, its most spectacular achievements have been its seminal everyman cars, first among them the original Volkswagen Golf, the flat-screened Fiat Panda and the iconic Alfa Romeo Alfasud. 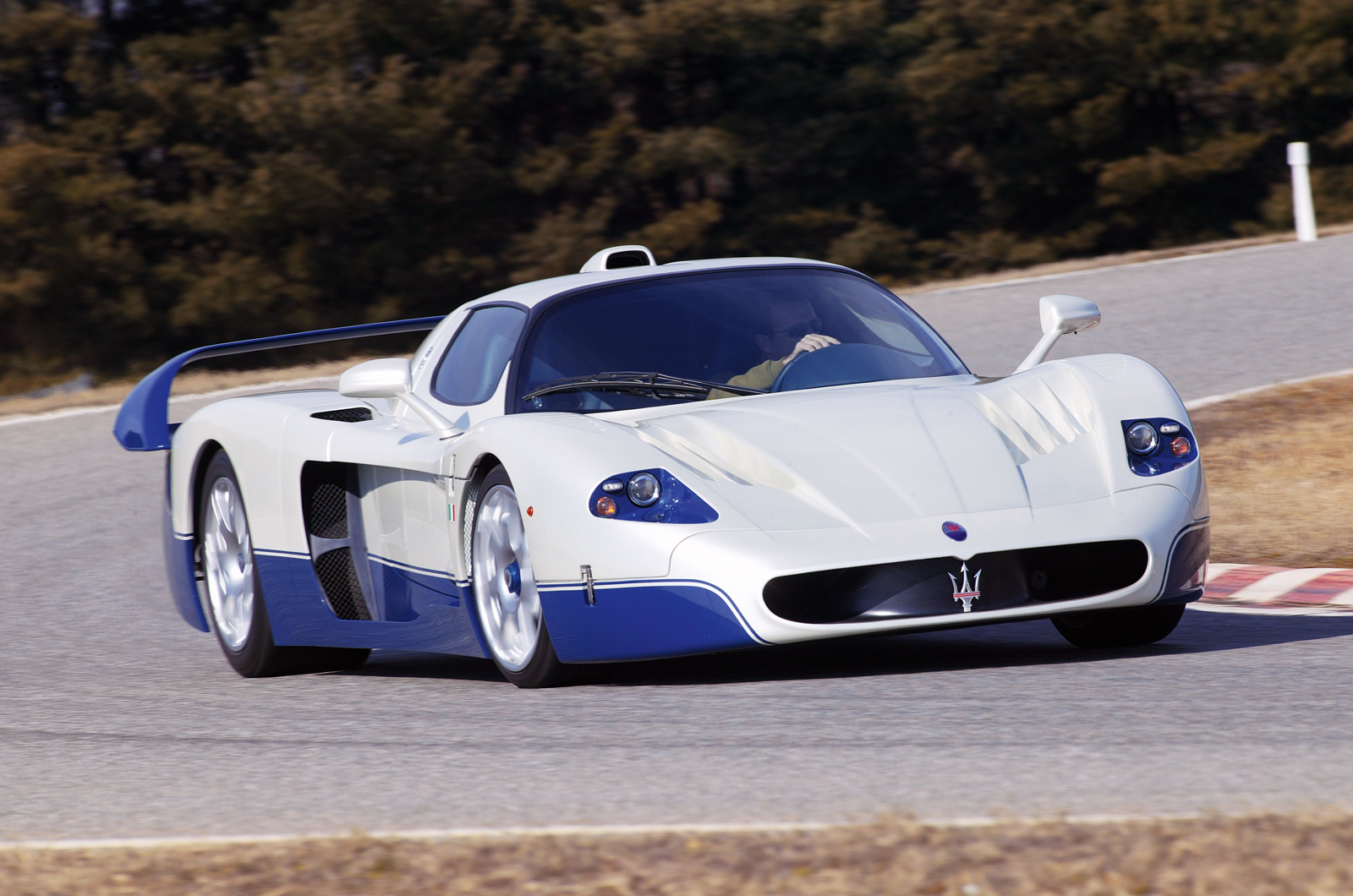 This is probably because Giugiaro — the company’s co-founder and star designer for 40 years — had already designed plenty of sports and supercars by the time he decided, with Aldo Mantovani, to open his own studio.

The Alfa Romeo GTV, De Tomaso Mangusta, Ferrari 250 GT Bertone and Maserati's Quattroporte, Merak and Bora were among the dozens of cars he created. 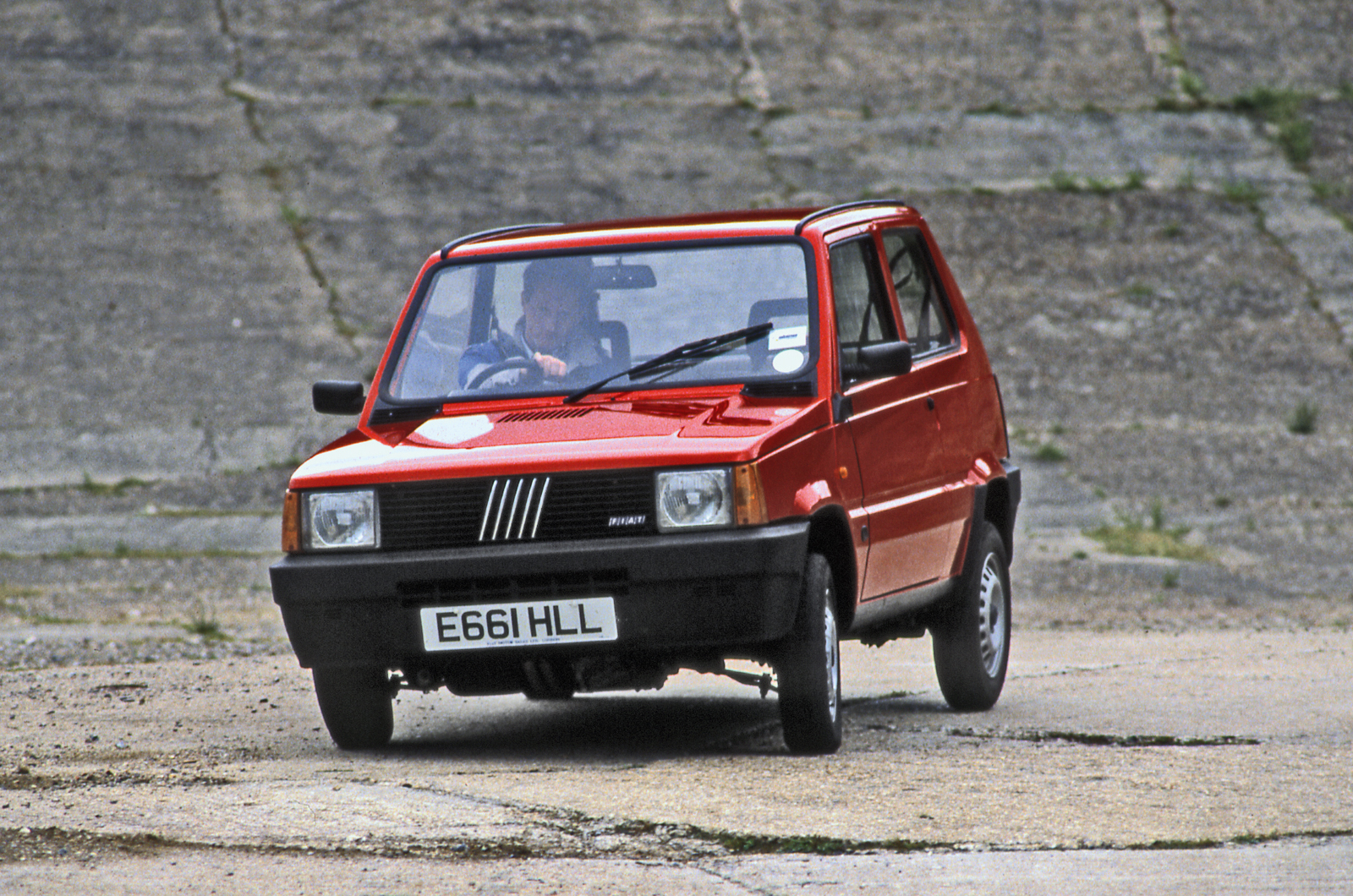 By the time Italdesign was up and running, Giugiaro was working on concepts such as the Lancia Megagamma (which pioneered MPVs even before the Renault Espace), at least a dozen production Fiats and half a dozen Alfa Romeos, plus myriad Daewoos, Hyundais, Seats and Ssangyongs.

He and Mantovani believed that if an affordable car had to have a skin, it might as well have a good-looking one.

Italdesign was sold to Volkswagen Group in 2010, mostly because Giugiaro, 72 at the time, wanted to retire. He finally left the company in 2015. But his haven of creativity at Moncalieri, just outside Turin, lives on.

Im afraid i5 looks like a very cheap body kit which it isn’t of course, but, pretty it isn’t, no, it isn’t..!

It's not quite finished.

You know what this needs? More wings and vents - because they've 'missed a bit'.