The original Land Rover was launched 70 years ago today (30 April), and the company is marking the event with a special celebration that was broadcast online (video below).

The Land Rover Series On was launched in 1948 at the Amsterdam motor show, having been conceived by Rover in the aftath of World War Two. With demand low for the luxury cars the firm had previously produced and the firm's factory damaged during the war, the company decided to develop a Jeep-style off-road vehicle for agricultural use. It was originally launched with a single, 1.6-litre, 50bhp petrol engine.

The machine proved to be a huge hit, with the line-up of Land Rover models rapidly expanding. In 1978, Land Rover was spun off into its own company, which is now owned by Tata Motors.

In pictures: 70 years of Land Rover

Tonight at 8pm BST, the Coventry-based car maker launched a live online broadcast from the Land Rover Classic Workshop that featured originals such as ‘HUE’, the first prototype Land Rover, and the first two-door Range Rover, as well as current models including the Range Rover Evoque and Range Rover Velar. 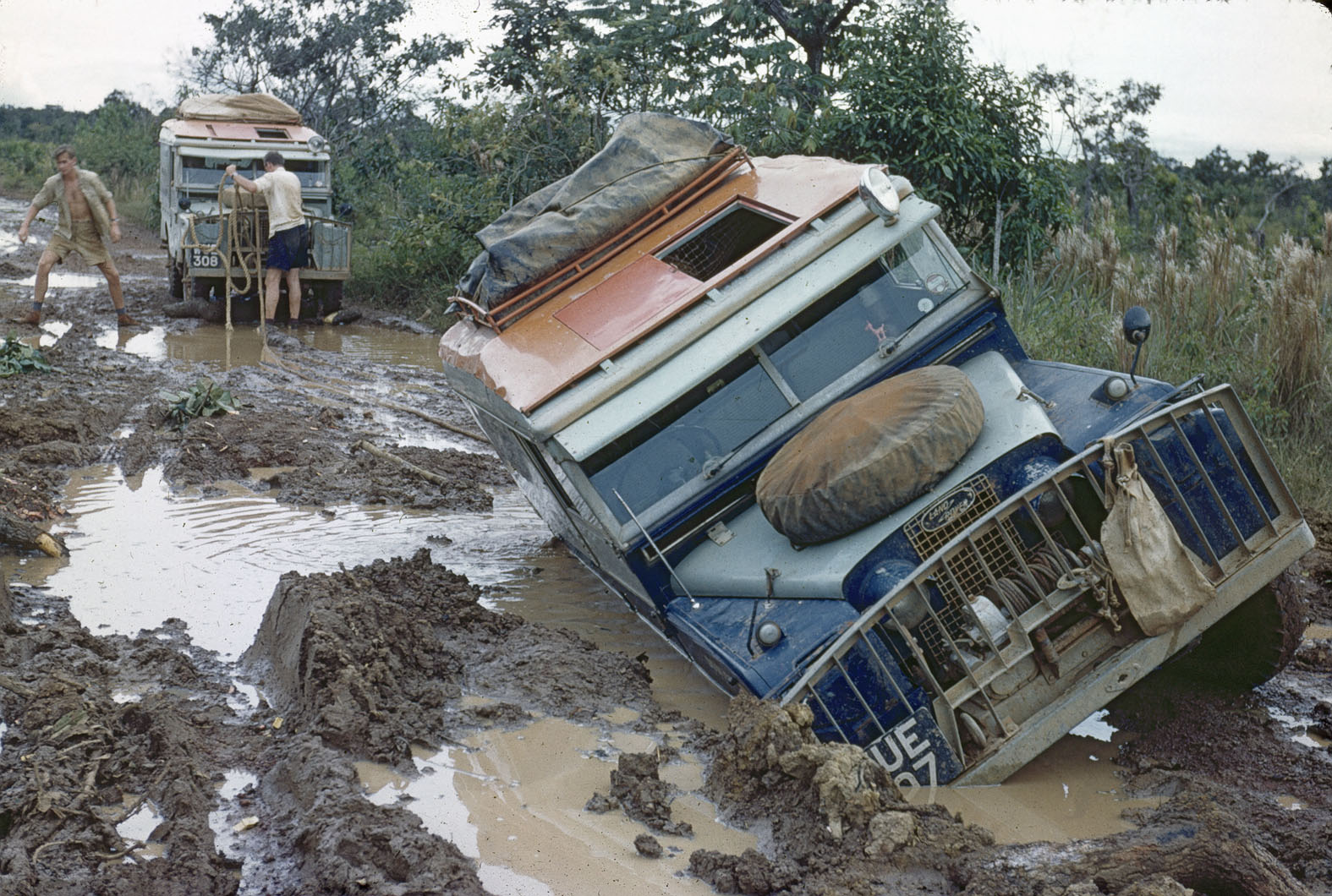 Land Rover’s 70th-year celebrations began three months ago, when it revealed plans to “sympathetically renovate” one of three pre-production cars from that Amsterdam unveiling. The completely unrestored example was rediscovered last year.

Since that car was first shown in 1948, Land Rover has sold more than 7 million cars. 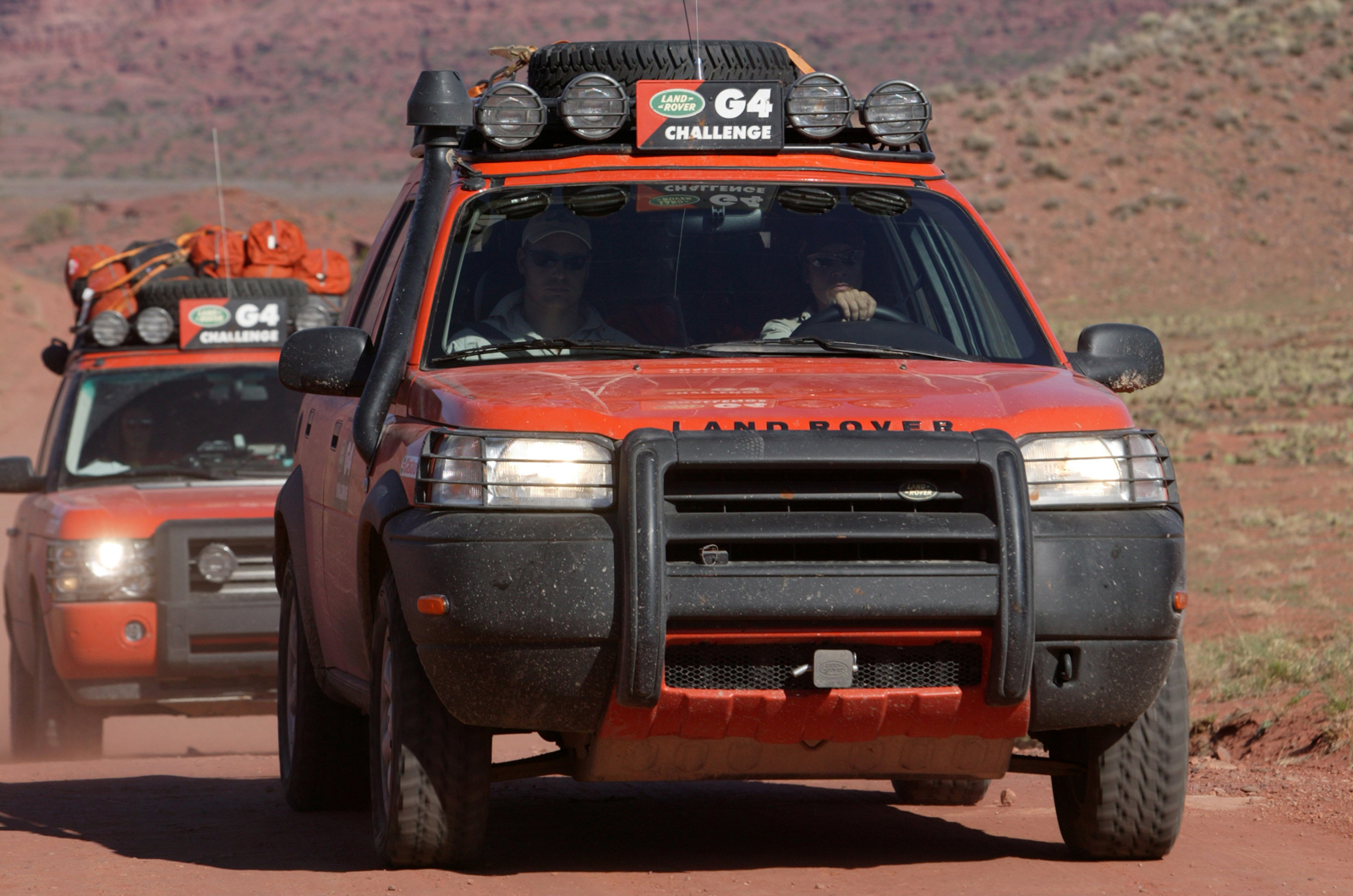 Saying goodbye to the Land Rover Defender: an Autocar special

Jaguar Land Rover CEO Ralf Speth said: “Land Rover was born with the launch of a single vehicle. Today, our family of SUVs is testament to the pioneering spirit of innovation that has characterised Land Rover for seven decades.

“Our family of Defender, Discovery and Range Rover models provides unrivalled capability, versatility and luxury, giving us the perfect foundation for another 70 years of success.”

The cars that changed Land Rover

I need to call you out.  I was surprised when you said that the date of release had been announced, as I thought I had missed it somehow.  So I phoned Land Rover and they stated quite firmly that NO DATE HAS BEEN STATED, and when pressed further, they stated WE DON'T EVEN KNOW IF IT WILL BE THIS YEAR OR 2019.  Clearly, I suspect they do which year it's going to be, but the point is that they have NOT stated it.  So, you're either mistaken or a liar, jonboy, which is it?

Although your comment is aimed far more at eseaton than me, he has a very good point to make.  JLR have most certainly given the impression that they don't want to do a new Defender, given the continuing strategy of going up-market.  Secondly, the fact that it has taken them a stupid amount of time is another indicator that they may have thought twice, or crass ineptitude - you choose.  eseaton also has a valid point about the fear that the new Defender will follow LR's line, and move away from its fanbase.

I realise that you may work for LR, and/or have an affinity with them, but you must understand the frustration of people like me.  I've had three Defenders and a Range Rover.  I really can't see me having another JLR product.  People like me actually have a wish to make JLR great.  But they would have to change a lot for that to happen in my lifetime.  Ironically, the photo you show is exactly why I think LR have gone 'wrong'.  The Evoque was superb, the Disco 4 equally so.  Sorry to say that everything else has been 'wrong'.  Dropping the Freelander was unforgiveable.

I find it extremely amusing that you say JLR have stated the release date...yes, they have, many times!  It was originally 2015, then 2016, then 2017, then 2018, now 2019.  'Carswizz' even state it will be 2020.  Or even this from AutoExpress: "(McGovern) would not put a timeframe on when the new Defender would debut, but he did say it is coming."  If you simply Google 'Release date for new Defender' you'll graphically see what I mean!  Or how about this from Roverparts: "The new Defender is scheduled to launch as part of Land Rover's 70th-anniversary celebrations."  So that's today, then jonboy?  What are we meant to believe - it's all over the place!  I can find no definitive statement on LR's poor website, so I'm all ears if you actually have a REAL date.

Thank you Bazzer, an

I have a small farm. I need a vehicle to cover the labours of my Series 3 Land Rover that can carry:

This can obviously be done with a double cab pickup, a format of vehicle that appears to have enduring global appeal.

But I want another Land Rover, so that I can retire and cherish my old one.

JLR have already said when

JLR have already said when the Defender will be released, many times, it is a shame that the above refuses to admit it - The car is complete, it is different, and more Defender than any other model within the range - and dont forget, ALL cars have to abide by so many more new rules and regulations that designs and safety makes most cars under the skin, the same - but it is only the moaning minnies that will whinge about the new one - everyone without exception that has seen it, was struck by how good it looked.And they included "PROPER" farmers, as far as i know a farmer is a farmer, not a proper one or a fake one or whatever stupid thoughts went into the comment above. the armed forces have seen it and wil have it on evaluation, like they do on EVERY product, that they invest in, but hey, like i have said before why spoil a good story, with facts and history with the usual boring comments.

...everyone without exception that has seen it, was struck by how good it looked...the armed forces have seen it and wil have it on evaluation, like they do on EVERY product, that they invest in...

Right, every single person. What are you, custodian of the styling buck, no one's allowed to leave the room before giving you their opinion? As for armed forces, when the Jeep, Land Rover and Hummer are all now obsolete as military vehicles due to insufficient armour in the face of IEDs (only the G-wagon soldiering on), being replaced by vehicles based on truck chassis or bespoke hulls and heavy-duty diesels, an aluminium monocoque based vehicle is going to be evaluated as a military vehicle. Yeah, right.