BACK TO ALL NEWS
Currently reading: Borgward SUVs to be sold in UK and Ireland from 2019
UP NEXT
Opel Manta A: 1970s coupe reborn as one-off retro EV

Borgward SUVs to be sold in UK and Ireland from 2019

Reborn German car maker Borgward will begin selling its models in the UK and Ireland next year.

The Stuttgart-based firm has entered into a strategic partnership with importer International Motors to begin importing right-hand-drive variants of its models, with a prospective start date in late 2019.

Founded in 1919 in Bremen, Borgward rivalled manufacturers such as Mercedes-Benz throughout the 1950s, with cars such as the Hansa 1500, Isabella and P1000, before filing for bankruptcy in 1961.

Petrol-engined variants of the Audi Q3-sized BX5 and larger BX7 are already available in Europe, but Borgward will soon reveal electric versions of each, the BXi5 and BXi7, taking aim at the Jaguar I-Pace and Mercedes-Benz EQC respectively.

An SUV-coupé, the BX6, was unveiled at the Beijing motor show earlier this year, with a right-hand-drive variant planned for South Africa.

Borgward’s entry into the British and Irish markets will follow similar launches in other international markets, including Russia and the Middle East, as the company expands westwards. 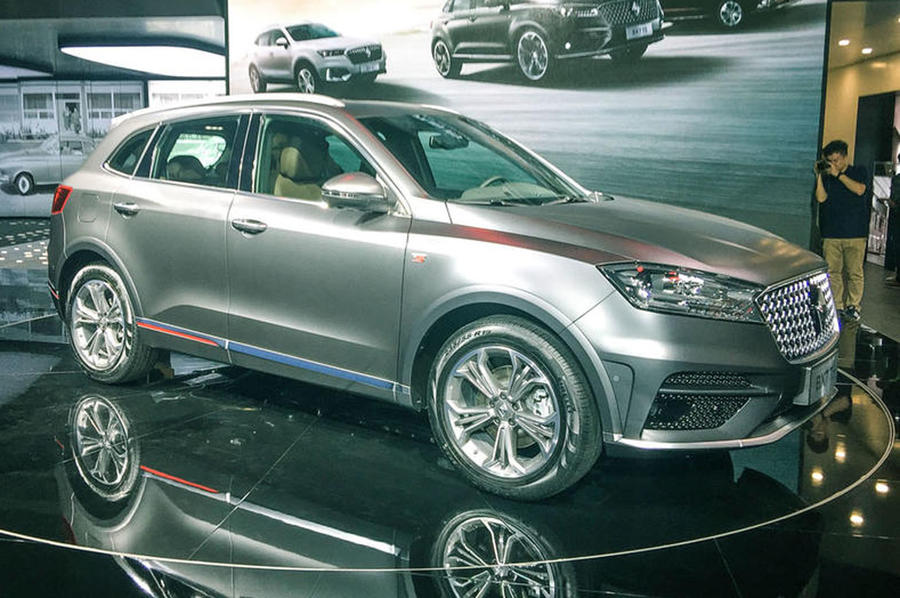 Birmingham-based International Motors is already responsible for bringing cars from East Asia to the UK, currently holding contracts with Great Wall, Isuzu and Subaru, and previously introduced Hyundai and Ssangyong.

Prices and details for the UK-bound Borgward models have not been announced, but they are likely to cost less than those of primary competitors such as BMW and Audi.

Look at volvo owned by the chinese they make thier cars in sweden, america and china it took the chinese to make volvo what its is today borgward needs to be manufactured in europe and launch with a diesel option as this size of vehicle is mostly bought in diesel form if they want to compete with the germans they need to be on par with quality a brand like this needs time to grow and investment in equal measure.
Gerhard 24 November 2018

This is a Chinese car company

This is a Chinese car company pedalling Chinese products as 'German' when there is nothing German about them -and there is no actual manufacturing or technical link to the original (decidedly average) company which went bust 50 years ago. An 'office' in Stuttgart staffed by a descendant is intended to make Chinese-market buyers believe these are 'German' vehicles, when they are little more than re-bodied Beijing Auto (BAIC) Senova SUVs. A cynical marketing ploy, which European buyers will see through pretty quickly. This article is little more than a marketing campaign and should be labelled 'sponsored' quite clearly.

Can anyone think of an old brand that has been revived after decades of disuse that has actually been a success? Bugatti? That's it I think.

Ariel? Triumph motorbikes? However, I don't think Borgward has much kudos in the UK - really they are only Fotons with a Western brand name even though BAIC has a good presence in serious 4x4 vehicles. BTW I think 5wheels might be confusing Borgward with Borg Warner. Given how a big outfit like Great Wall couldn't or wouldn't keep up with European emissions regs I wouldn't hold my breath on Borgward making serious go in a market where up and coming MG and Ssangyong, not to mention Hyundai and Kia, already have some muscle/presence.