BACK TO ALL NEWS
Currently reading: Analysis: Will the Model 3 make or break Tesla?
UP NEXT
Lamborghini to prioritise unexpected specials over retro cars

Analysis: Will the Model 3 make or break Tesla?

Demand for Tesla’s entry-level car is high but the firm is struggling with production and taking big financial hits. Where will it end?
Open gallery
Close

Tesla may be the new standard by which financial markets measure the rest of the car industry, but the stock market darling is suffering a major hiccup as it struggles to launch the $35,000 Model 3.

Recently, Tesla announced that the production ramp-up of its much-awaited Model 3 had achieved only 260 cars built compared with its plan of 5000 per week. The setback cost Tesla £468 million in financial losses in three months of late summer trading.

Tesla falls behind on Model 3 deliveries

As Toni Sacconaghi, Tesla analyst at Bernstein Research, wrote in a research note last week: “Our key concern with Tesla is whether the company can profitably build the Model 3 and do so with sufficient quality. Q3 results reinforced our concerns.”

At the same time, cash has been flowing out as Tesla throws resources at the Model 3 production line. In three months during this summer, Tesla has seen £1 billion in cash leave the company, with similar sums expected in future quarters.

Opinion: is Tesla Roadster surprise an attempt to distract from the firm's problems?

The dampening effect on Tesla’s share price has been marked, with Bernstein forecasting a target price of $265 per share compared with its recent $321 – a 17% drop. It is worth noting that Mark Fields was ousted as Ford boss in May over the same percentage decrease in share price, albeit spread out over three years. 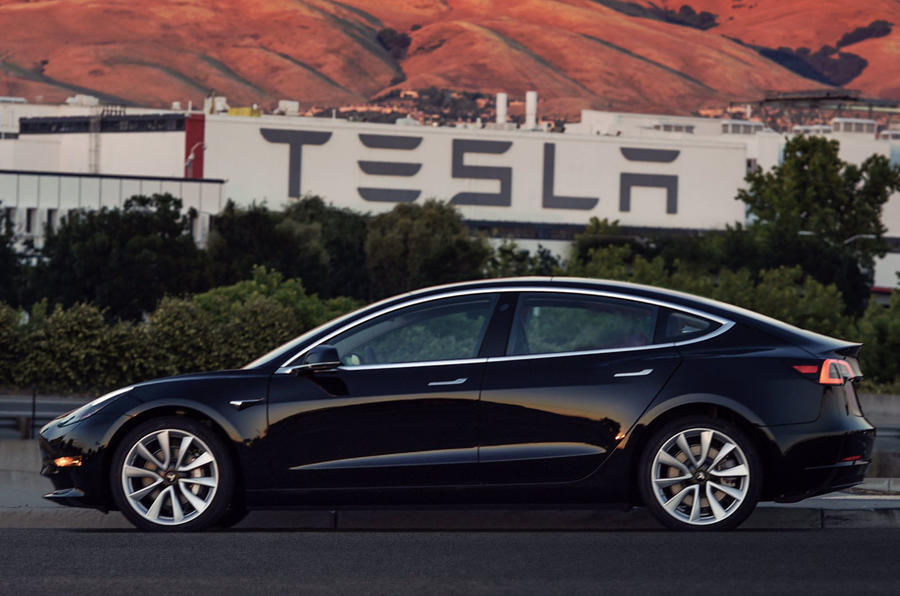 So what has gone wrong at Tesla?

“The situation is really very simple,” said Peter Wells, automotive industry expert and professor at Cardiff Business School. “Tesla has seriously underestimated the challenges of bringing a new model to market in major volumes of production.”

The seeds of this misadventure were sewn in May last year, a month after Tesla triumphantly opened the order books for the Model 3 and reservations, each backed by a $1000 returnable deposit, hit 230,000 on the first day.

Tesla Model 3: prospective owners reveal why they're buying one

Success must have come as a pleasant surprise. Before the launch, Tesla had talked about a 2017 launch date with limited production and a slow ramp-up to more than the 50,000 per year each of the Model S and Model X.

Just a few weeks later, encouraged by the huge demand, Tesla owner Elon Musk boldly announced he would bring volume production forward by 24 months and, instead of making 500,000 units per year in 2020, pledged to hit that number in 2018. Left-hand-drive production is planned to increase to 10,000 a week by the end of 2018, when exports are scheduled to start. Right-hand-drive UK cars are expected in 2019.

“It is fraught with danger to ramp up production so fast because of the pressure it puts on management, process control, purchasing and, of course, assembly,” said Wells.

Details of Tesla’s struggles to put the Model 3 into production have leaked out on several news websites and paint the picture of a company besieged by its own expectations.

Pictures of the Fremont factory in California appear to show parts stored chaotically line side, vulnerable to damage, and details have emerged of essential production processes very different from those of established car factories.

“You have to remember that it’s a very different mindset in California and Silicon Valley,” Wells said. “But now Tesla is having to pull in experienced automotive people to help.”

Tesla: Model 3 is 'not the next-generation Tesla'

Going mainstream with production methods will help Tesla solve its problems, but it goes against Musk’s passion for reinventing the factory – what he calls “the machine that makes the machine”. 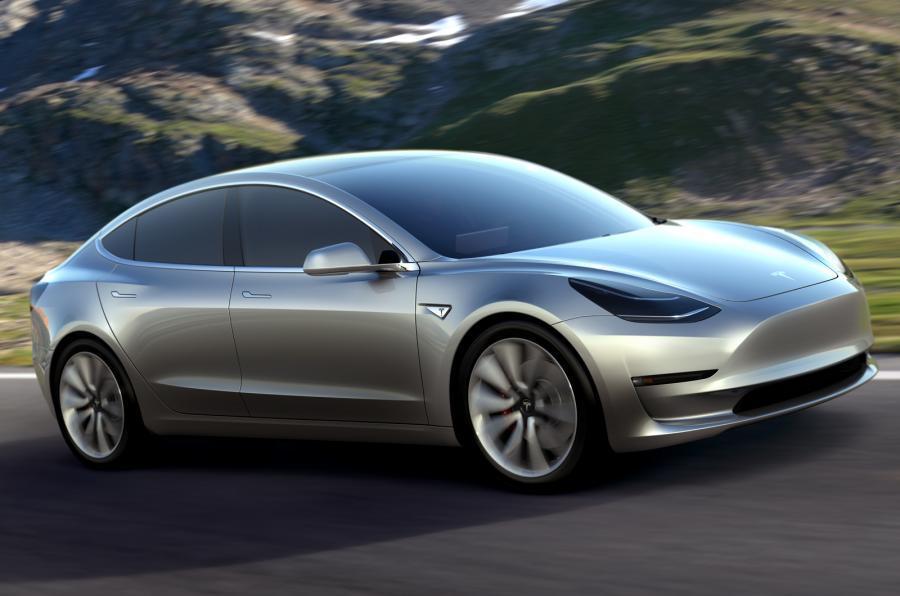 Experts question whether a vitally needed production car like the Model 3 provides the right opportunity to reinvent the factory. “Tesla is clearly struggling with production issues,” Bernstein said.

One short cut understood to be causing trouble is the elimination of a whole stage of component development by going straight to production tooling without testing prototype parts first. Up to one year could be saved.

Wells said: “You can do all sorts of computer simulations and planning, but how accurate is that modelling when production actually starts?”

Tesla Model X road test: 'there's nothing else quite like it'

The highly automated body- framing station, where panels for the Model 3’s body-in-white are clamped together to very close tolerances before being welded together, is another area of production concern.

Sources suggest the supplier of this vital equipment has shipped the line before it was fully proved in its own factory, another short cut to save time.

As a result, the equipment is not functioning as it should and the Model 3 cars built so far are essentially hand-assembled.

Tesla itself claims to have demonstrated only short bursts of body-shop production of up to 500 per week, a far cry from the 5000 originally planned. Even that may be optimistic, as Bernstein Research has pointed out: “We are somewhat sceptical of the term ‘burst builds’, given that Tesla hasn’t yet built 500 units in a week.”

The handful of Model 3s so far built have been delivered to employee customers and the cars are being used for validation to report faults to Tesla’s engineering team. Tesla has previously said it would cut out the validation prototype stage to save time.

Time, of course, is vital for Tesla, because Musk knows he has limited opportunity to exploit the Model 3 – maybe three years – before established car makers hit the market around 2020/2021 with their own more affordable battery-electric vehicles with a usable range of 200 to 250 miles, rigorous manufacturing quality and established dealer networks offering attractive finance deals. 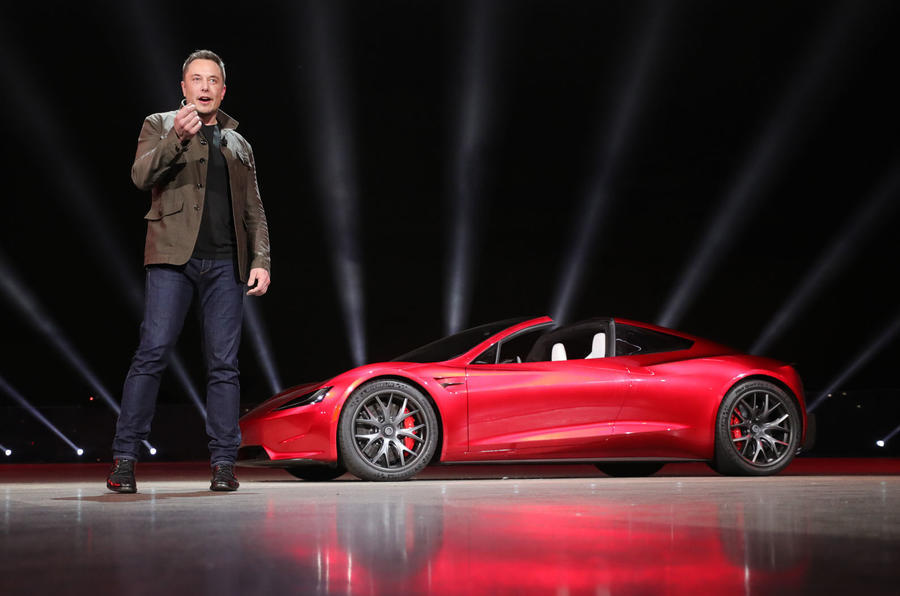 So what of the future? Wells believes it holds three possible outcomes for Tesla: successful independence as a maker of a portfolio of technologies; or a merger with an existing car maker or industrial group; or, in his words, “to go horribly broke”.

Opinion: is Tesla Roadster surprise an attempt to distract from the firm's problems?

Tesla falls behind on Model 3 deliveries

Tesla Model 3: prospective owners reveal why they're buying one

Will Tesla be here this time next year?

Over the past 12 months, Tesla has been burning money at a rate of about $8,000 a minute (or $480,000 an hour). It is blowing through more than $1 billion a quarter. At this rate Tesla is unlikely to last another 10 months or a year. Tesla will be required to raise at least $2 billion in fresh capital by mid-2018. Is that achieveable? Who knows?

All this talk about short

All this talk about short cuts in the production process makes you wonder if Mr Musk has hired some ex VW group executives.

Again, what this article says doesn't matter (althought I wonder if Autocar has started accepting money from that fund the Kotch bothers have set up specifically to tarnish EVs and Tesla specifically.  Times are though for Car magazines and Autocar is failling pretty badly at this point... Lobbying money is a good alternate source of cash)... But I digress.  So all that matters is investor paitence, government mandates and china.  Tesla wins all three.  the rest is noise... loud russian noise

Well, no.  Spelling and

Well, no.  Spelling and punctuation still matter, but I also digress.  Your post is noise.

I think you mean niet

Well, no.  Spelling and punctuation still matter, but I also digress.  Your post is noise.

Is that you Vladimir?