The hottest version yet of the Mini Countryman, the John Cooper Works, has been unveiled at today's Geneva motor show.

However, the aim is to make the car less aggressive than other JCW Minis. So the sports suspension, which reduces the ride height by 10mm, isn’t as firm as other JCWs. The car runs on unique 18-inch alloy wheels as standard.

The Countryman is the first JCW to have an automatic gearbox option. Its 0-60mph dash is identical to the manual’s and its top speed 1mph less.

Sales start in September with a price of £27,800, which is a £5k premium over the Countryman Cooper S.

Autocar wrote:
The hottest version yet of the Mini Countryman, the John Cooper Works, will be unveiled at the Geneva show. 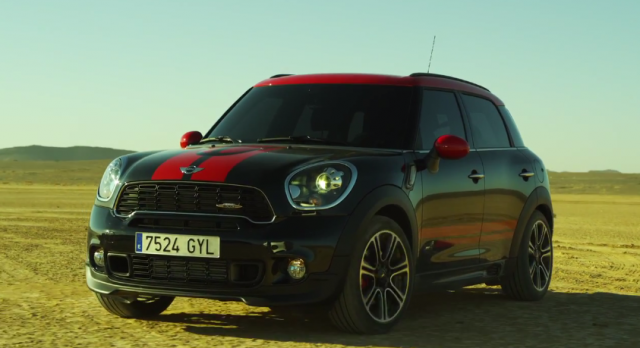 In certain colour combinations the Countryman can look ok. But this just looks awful.