BACK TO ALL NEWS
Currently reading: Wise investments: Autocar writers share their own future classics
UP NEXT
High-rise hot hatches: Hyundai Kona N vs Cupra Formentor

How do you think Autocar writers switch off after a whirlwind week of driving around in new cars?

Not by stamp collecting or pottering around in our gardens, you might be surprised to learn, but typically by driving around in older cars – cars that had long been on our wishlists and that we predicted would become too rare or too expensive to get our hands on in the future.

These, then, are the cars we keep in our own garages, on our driveways and in our secret bunkers that one day will be remembered as among the most important models of their time.

The R129-generation Mercedes-Benz SL is a hand-built, flagship sports car that at the time cost more to buy new than the average house. It manages to pull off the classic car trick of timeless design; it’s more than 30 years since we saw this shape for the first time, but it still looks great.

I’ve got the SL 500 with a big 5.0-litre V8 in unusual Aquamarine; no one wants to see another silver SL. It’s classic but modern enough to be full of clever electronics and hydraulics. Does your car central lock the centre console cubby for security when the roof is down? Thought not.

I’ve already replaced the roof and some locking cylinders, refurbished the wheels, rebuilt the gearbox, replaced the mass airflow sensor and much more. And there’s plenty still to be done. But there’s already the sure sign of a modern classic: it has appreciated in value.

I own a 2005 Land Rover Defender 90 Td5. What makes it a future classic? That they had been building Land Rovers that looked like this for 57 years before this one and carried on for 11 years afterwards. Some of them are already classics and all of them will be – although in an unusual way.

One-owner, low-mileage cars are fine, but so many Land Rovers have served as agricultural or work vehicles that I suspect originality won’t matter quite so much in the years to come. At least I hope not. I think I’m the ninth owner of this Cat D Td5, which has 196,000 miles on it and is still having more than 10,000 added to the total annually. Not that its value matters; at some point it will get used less and less until it adopts pet status. What could be more classic than that? 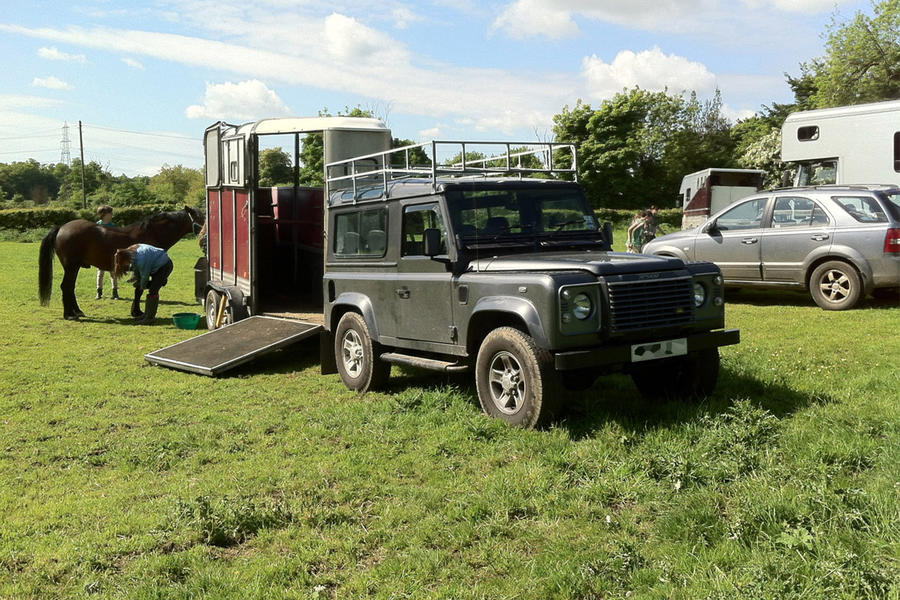 Is the E90-generation BMW 3 Series deserving of future classic status? In the right spec, I would say so. Yes, there are likely to be many still on the road in years to come, but I’ll make a case for mine – a 330i with a manual gearbox in unassuming SE spec – being a rarity with collectable potential.

Of the 7750 3 Series on one classifieds website at the time of writing, 254 were 330is. Eighteen of those were manual. Five of those were an SE. And none was, as my car is, burgundy (or Barrique Red, as BMW calls it). This was one of the last BMWs to feature the wonderful naturally-aspirated, straight six, which, when mated to a stick shift alongside the E90's hydraulic steering, provides the pure, mechanical driving experience associated with proper modern classics such as the E36 3 Series of the early 1990s. The engine note is just as evocative, particularly when the VANOS variable valve timing kicks in.

Yet the E90 has many advantages over its forebear. It’s quieter and more comfortable, and it can nudge 40mpg on a run. It’s also far safer and, with 258bhp on tap, fast enough to have fun in. A good one is affordable, too; I paid less than £3000 for mine. 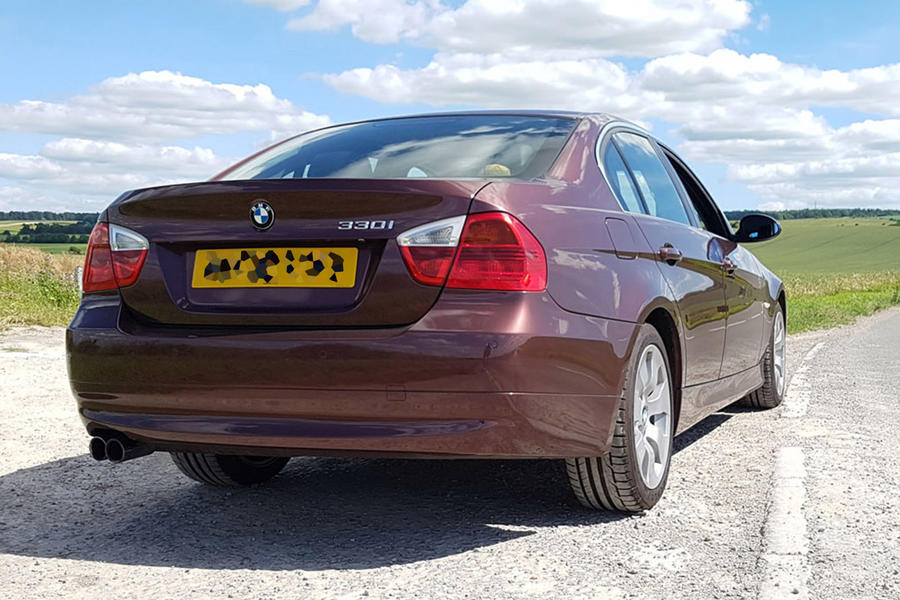 The water-cooled T3 Syncro is the last of the rear-engined Volkswagens and the one you really want. Unlike its far narrower ‘Splitscreen’ and ‘Bay Window’ predecessors, it’s wide enough for you to comfortably camp in, yet it still has only the footprint of a mid-noughties Audi A4.

The excellent (and bespoke) 4x4 system is hugely effective both on and off road, as demonstrated by this example’s ability to climb mountains and rescue stuck Land Rovers. Its deceptively modern innards, including independent suspension, fuel injection and a hardy aluminium 2.1-litre flat four engine developed and built only for this generation, make it easy to live with, too. 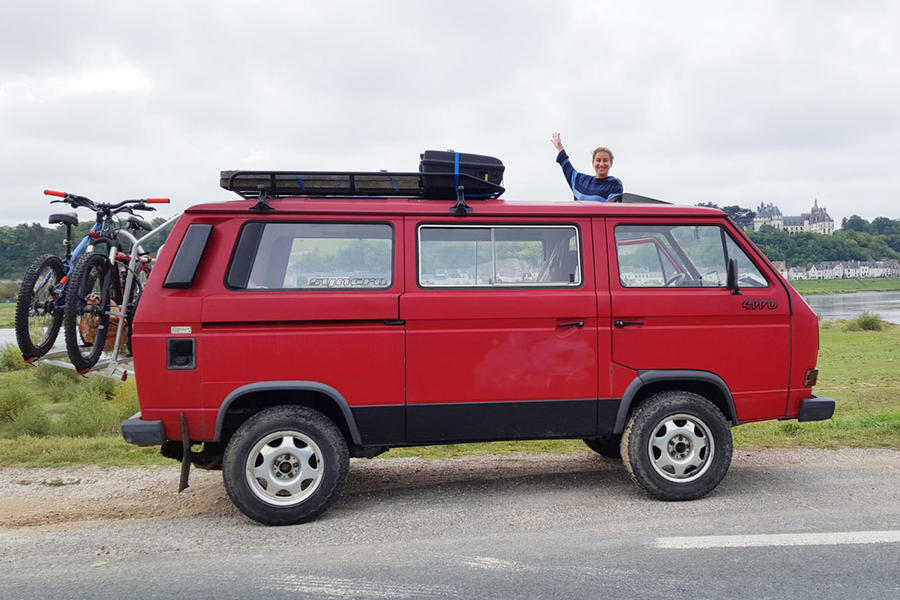 The van’s cab-forward seating position and propensity to move around in high winds only serve to enhance its unique driving experience, while the two-wheel-drive version can crack 100mph with nine on board.

Some 43,000 Syncros were built in total, and many are still in service with airport fire crews or Scandinavian forestry workers – which is testament to the model’s toughness and practicality. It’s also very reliable if you maintain it properly. I’ve used mine to move house, it has taken people to weddings, I’ve watched WRC stages from its roof, I’ve cried and laughed in it and I can’t honestly think of another vehicle that so effortlessly suits such a variety of applications.

A future classic? Certainly a practical classic, and one that still encourages adventure.

The original Ford Focus RS delivers sensations that are impossible to fake, no matter how good you are at tuning using lines of code.

First, for what was a full-bore and very senior hot hatch at the time, it’s well sized and weighs very little in comparison with, say, the latest Volkswagen Golf GTI. You feel the benefits of this in everything the car does, and at any speed.

You then get that sweet balance of attributes found in so many performance cars of the immediate post-millennium period: fantastic capability and precision against the backdrop of communicative steering and relatively straightforward engineering. It’s not difficult to understand, manipulate, learn and enjoy something this simple in concept.

Then there’s the usability. Any Ford from this era is prone to rot, but the mechanicals are bulletproof and the Quaife limited-slip differential in theory never needs servicing. I’ve driven this car to Belgium, and not only is it comfortable for such trips but it also starts on the button (literally, in the case of the RS).

I’m not sure I would feel so confident with an Escort Cosworth, which arrived only eight years prior, and so the first fast Focus is a truly usable classic.

Finally, those looks. Not since has there been a hot hatch so ludicrously easy on the eye. 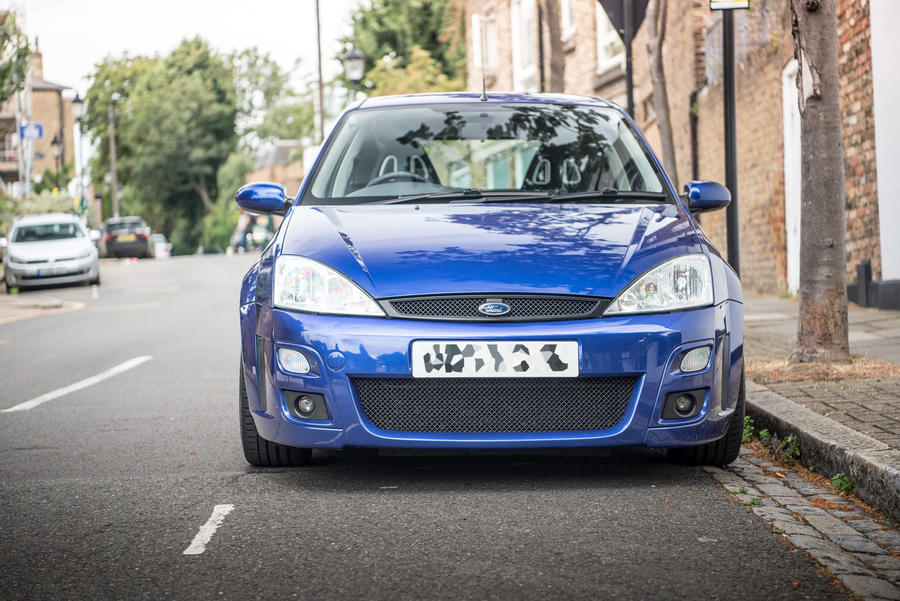 Someone's having a giraffe....

Yes 80'sXS.....for me I cant understand the current values of the R107. Not the prettiest of SL's and (for me) the 'Dallas'/Bobby Ewing thing kills it. Each to his own though.

I understand the big numbers at auction generated by top condition Pagoda's (W113's) as they are devastatingly beautiful.

I have to say though that the driving experience between the 107 compared to the 129 is night and day...... the 129 still feels current in its abilities, particularly with the 5 speed box.

The R129 looks like a bargain in the classifieds when compared to the R107, which is now hitting 6 figures for ultra low mileage examples. Then again, the R107 is utterly timeless and the most desirable classic SL in my opinion.
View all comments (4)