BACK TO ALL NEWS
Currently reading: Stage flight: Why rallying is back to its best in 2019
UP NEXT
New 2023 Audi A4 Avant undergoes tests in the Alps

Stage flight: Why rallying is back to its best in 2019

The high-flying World Rally Championship kicks off once again this weekend. We look ahead to a season that promises to be the best in years
Open gallery
Close

There’s a default setting among some motorsport fans who claim everything ‘was better back then’. In rallying, the halcyon 1980s are rightly lauded for the Group B monsters that kicked up the dust in a frenzy that created legends in metal – and made heroes of those who had the mettle to drive them. 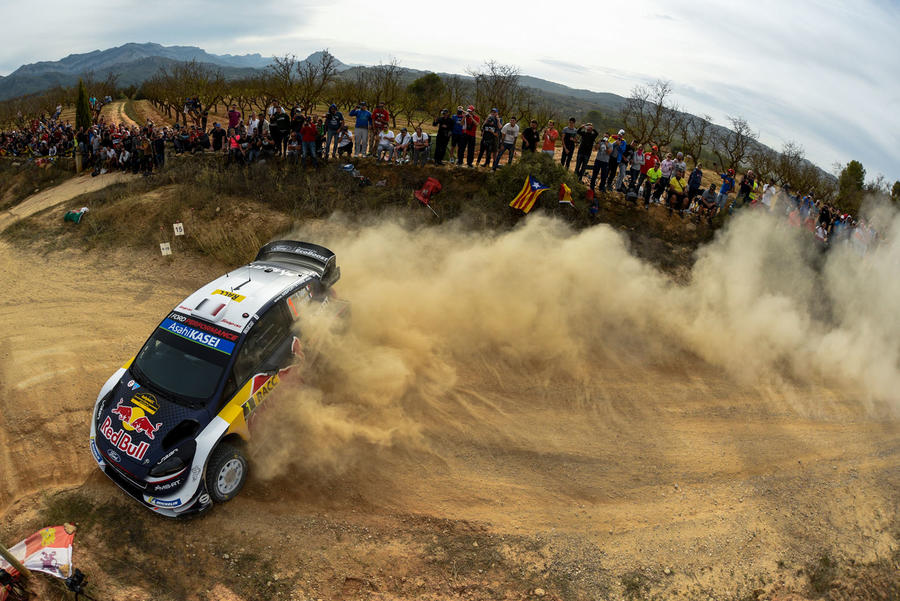 The modern breed might be based on humble hatchbacks – Toyota’s Toyota Yaris, Ford’s Ford Fiesta, Hyundai’s i20 Coupe and Citroën’s C3 – but the production link is as loose as the gravel on which they slide. These are true thoroughbreds that have to be seen – in the metal, if possible – to be believed. 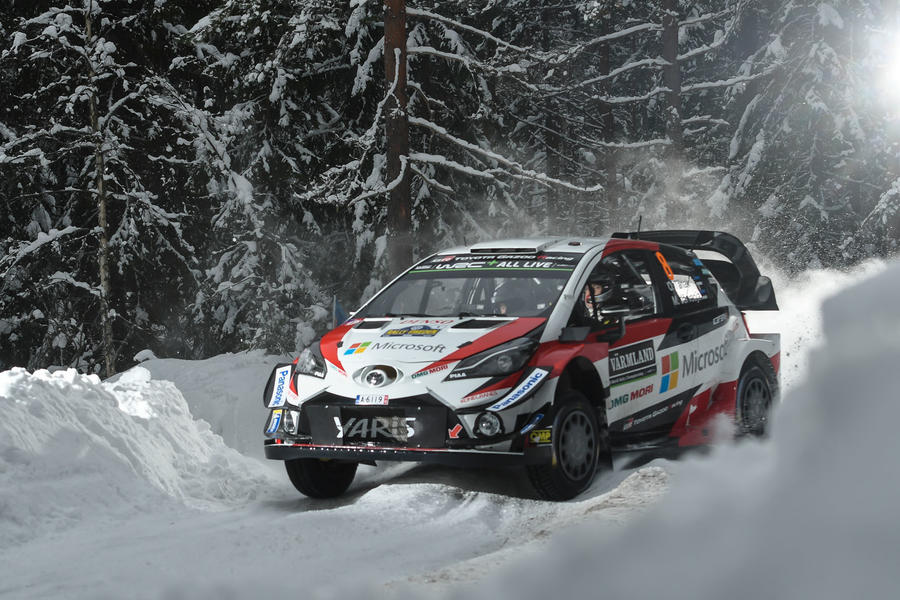 As for the drivers, yes, charisma can sometimes be hard to spot… but the job still requires other-worldly skill. Look hard enough and you’ll find genuine characters.

The 2019 WRC season kicks off this weekend with the Monte-Carlo Rally, still the jewel in the rallying crown. If you have kept the faith, you won’t need telling. But if you’ve either lost the thread or never really found it, we strongly recommend you check it out. This at-a-glance guide is a good start. 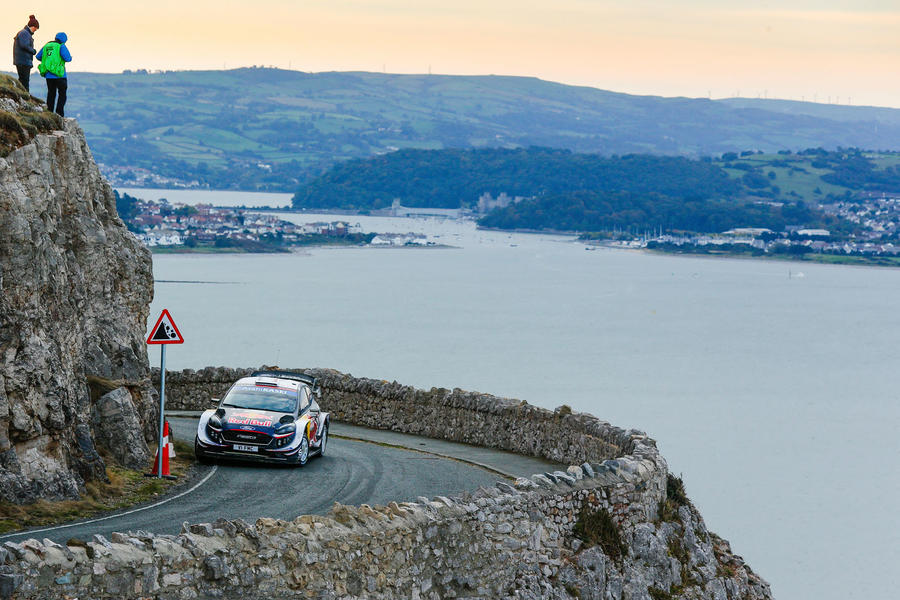 BT Sport provides comprehensive TV coverage, but online there’s also the official wrc.com, which offers streaming and live timing of every special stage as it happens.

Just be prepared to be hooked. Not everything was ‘better back then’.

Loeb chooses Hyundai for his comeback

Well, did he ever really leave? Never for long. Like his Formula 1 equivalent, Michael Schumacher, Sébastien Loeb just can’t leave his first love alone. Last season, after three years away, he returned to Citroën with which he won his mindbending (and at times admittedly mind-numbing) nine consecutive WRC titles between 2004 and 2012, for sporadic outings. Victory on Rally Spain proved that, at still just 44, Loeb’s magic is intact. 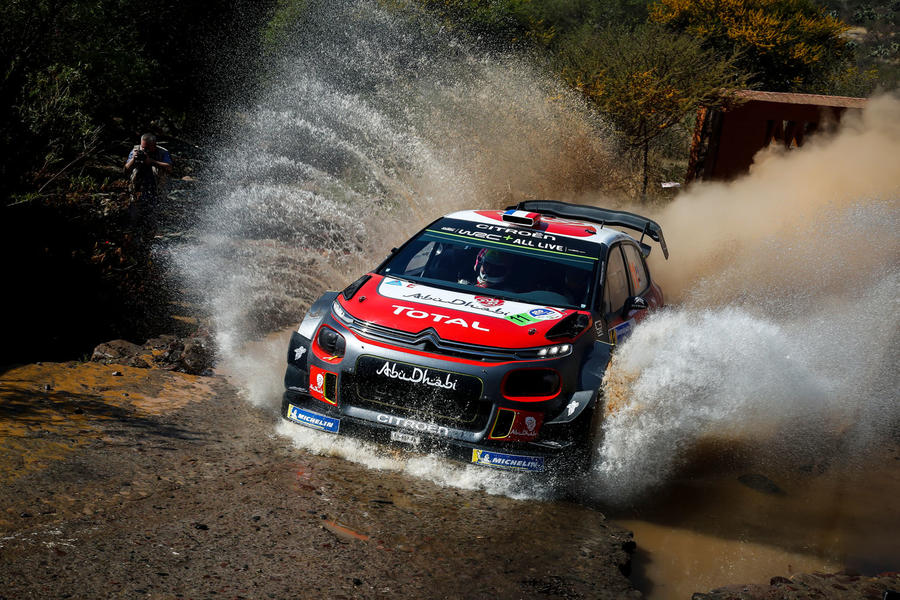 Naturally, this year he wants to add to his record tally of 79 wins. But no longer for Citroën, if old enemy Ogier is on board. Instead, he’ll do six rallies for Hyundai. That rules out a 10th drivers’ crown, but Loeb no longer requires such trinkets to keep him motoring. Six will do just fine.

That he will arrive in Monte-Carlo this week straight from the gruelling Dakar Rally, where he has been competing for Peugeot, only adds to the man’s old-school heroic aura.

Ogier returns to where he started

He has six consecutive world titles, but Sébastien Ogier shows no inclination to relax his grip on rallying’s premier league. And while he remains statistically only the second greatest in history, the Frenchman will always have a reason to get up in the morning – especially when it’s his nemesis and namesake Loeb who he must topple to become number one. 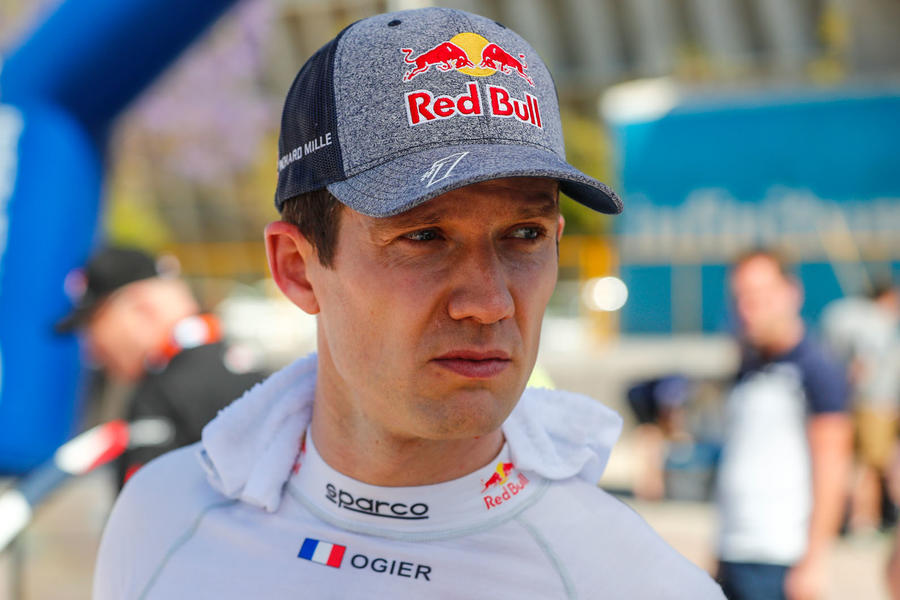 The big news for 2019 is that Ogier will strive to keep his title run going with a third different manufacturer, to match a feat achieved by only one other: Finnish legend Juha Kankkunen, who won titles with Peugeot, Lancia and Toyota . Ogier is back at Citroën with which his WRC career began, before his four-year title blitz with Volkswagen’s dominant Polo kicked off in 2013.

The Citroën move follows much soul-searching after two happy years driving M-Sport Fiestas, in which he added a further pair of titles despite a lack of Ford support. Indeed, it was the Blue Oval’s unwillingness to officially back M-Sport that pushed Ogier into the switch. Conquering the WRC with a privately financed entry eclipsed even his VW feats; now to do it again in a C3 considered a tricky ride will cement his status as a rallying titan. 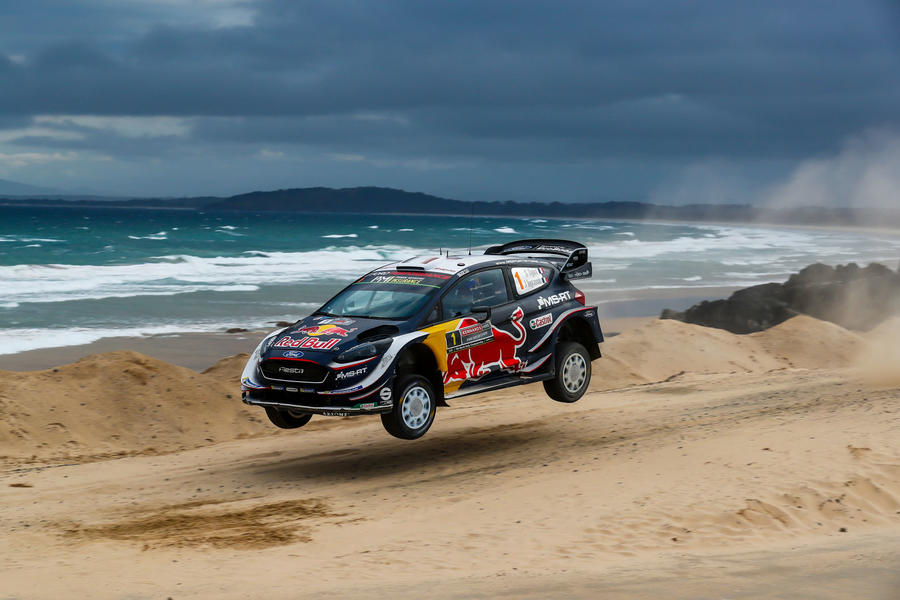 After all, Loeb only ever won with one make – until now…

Ogier’s Citroën switch potentially offers his rivals their best chance yet to dethrone the modern-era WRC king – and a talented trio are lining up to knock him from his perch.

Estonian Ott Tänak, 31, is perhaps the most exciting prospect following a breakthrough 2018 season with Toyota in which he strung together a superb hat-trick of victories to pitch himself into title contention. The campaign eventually ran out of puff, but Tänak is a hot tip to contend from the start in his sophomore Toyota campaign. 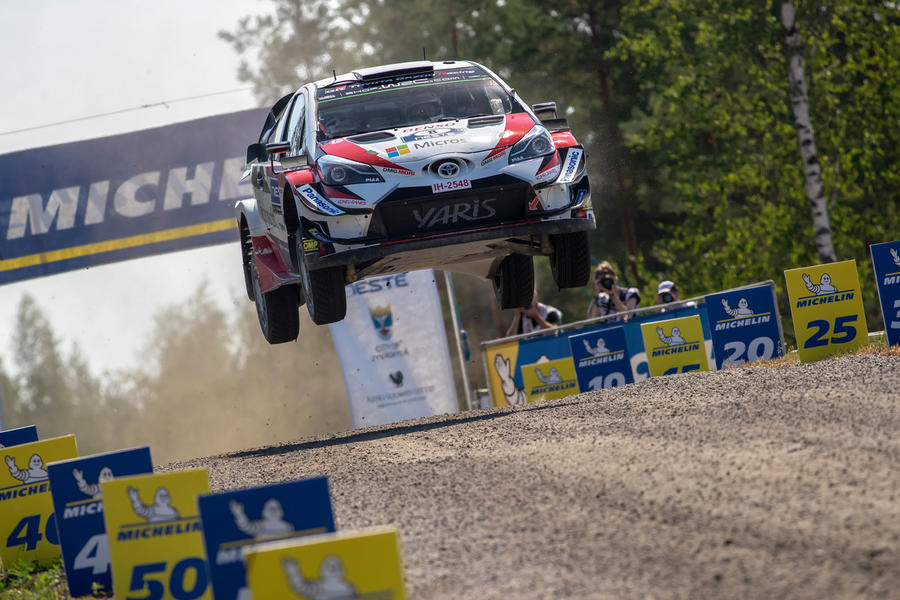 Team-mate Jari-Matti Latvala will be planning to blunt Tänak’s hopes but, like Meeke, must chase the consistency to match his speed.

Meanwhile at Hyundai, bespectacled Belgian Thierry Neuville will benefit from Loeb’s avowed support to capitalise on the potency of their handsome i20 Coupe. Such an advantage could make all the difference in a season that promises to be the WRC’s most competitive for years.

One crash too many finally cost Kris Meeke his Citroën WRC drive after a signature monster shunt in Portugal last year. At 39, that might have marked the end of his turbulent – but never dull – frontline career. 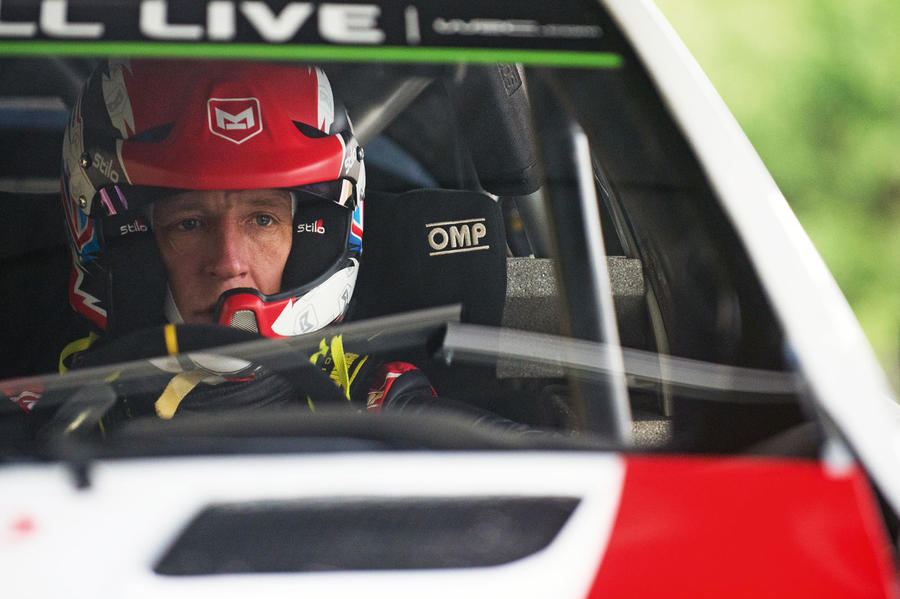 Now the Northern Irishman has one more chance (surely his last) to harness his natural speed, after being thrown a lifeline by reigning constructors’ champion Toyota.

Team boss and four-time champ Tommi Mäkinen clearly believes in Meeke, who is a true chip off his old mentor’s block – the much-missed Colin McRae. The Scot, too, was prone to the odd prang…

But can five-time winner Meeke really change his ways at his age? A co-driver swap, ending his long partnership with Paul Nagle, at least shows willing. Citroën’s feisty C3 forced him beyond the limit too often, but the proven Yaris shouldn’t require such bravery. Time to ditch the ‘wild man’ rep instead of his car. 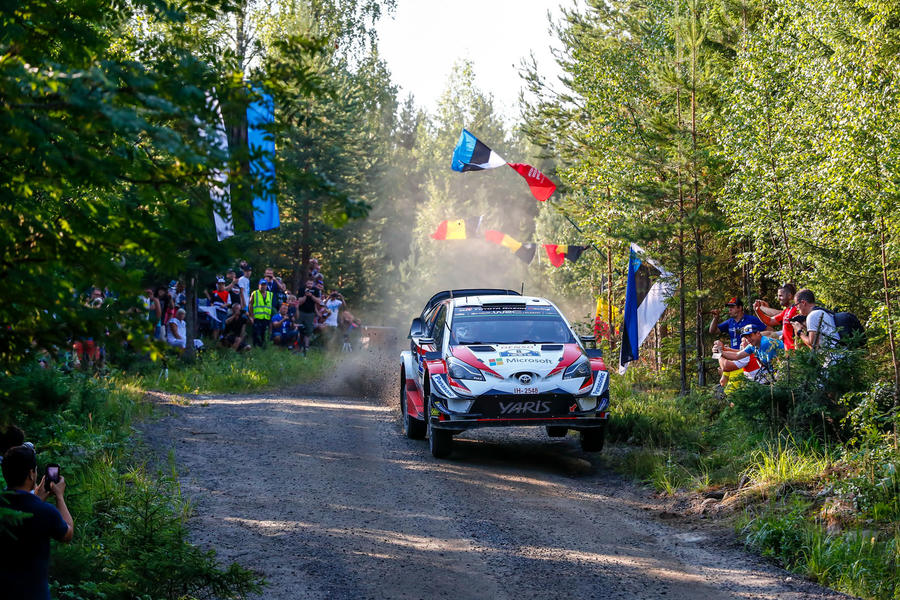 A new round in Chile will add extra flavour to the 2019 WRC calendar.

Britain’s rally continues to be based in Wales, with Llandudno tipped to host following its 2018 town-centre stage. But head to the Welsh forests for the real action.

A passenger lap around Millbrook with Sebastien Loeb​

An F-Type with a difference: the open-top Jaguar rally car

There's plenty of Live coverage, if you wish to pay; WRC+ All Live (which is having serious issues), if you are a BT Sport subscriber. Red Bull TV have 30 min nightly highlights plus 1 Saturday stage live - which is free.

At the moment, there is no Free To Air terrestrial highlights, as there has been on Channel5 for the last few years. This is a major problem, as rallying has fallen off the radar in the last 10-20 years.

There is so little rallying in the U.K. now that it’s no wonder the interest in rallying has diminished.

Rallying has not been the

Rallying has not been the same since they stopped night stages on the Lombard RAC.

....How true Bob. It was TV put a stop to that...it was too difficult to film and so they turned Tallying into a series of 'Rallysprints' run over the same stages. Pathetic.

I also lament the differing characters of cars...they all sound the same now (like some dimented wasp in a can). They may be faster tha Group 4 cars or eben Group B, but they are characterless in that they have this 'cloned' feel to them.

In my day you knew what was approaching you in the Forest (in the dark), by the engine sound. All were distinctive in note (not least the Stratos). That was exciting!

Group B was amazing but so wild that it was never going to be allowed to survive. The costs were also crippling, both monetary and human.