BACK TO ALL NEWS
Currently reading: An F-Type with a difference: the open-top Jaguar rally car
UP NEXT
2025 Mercedes A-Class EV to be luxurious EQ entry point

An F-Type with a difference: the open-top Jaguar rally car

An F-Type roadster built for rallying? Why not! We hold on for dear life as Jaguar pays tribute to its motorsport heritage
Open gallery
Close
News
by Dan Prosser
4 mins read
Share

No matter how much you know about Jaguar’s rallying heritage, the sight of an F-Type convertible with a lamp pod on its nose and a knobbly gravel tyre tucked under each wheel arch can only ever be incongruous. But then incongruous rally cars are the most interesting, aren’t they?

Jaguar’s rallying heritage is all ancient history now, but there was a time when its cars were truly a force to be reckoned with. Early in the 1950s, British rally driver Ian Appleyard campaigned an XK120 with no little success, winning the RAC Rally and the prestigious Alpine Rally on two occasions apiece. It was in the off-white NUB 120 that Appleyard and his co-driver and wife Pat – who also happened to be the daughter of a certain Sir William Lyons and is still with us to this day – netted each of those victories in the Alps. 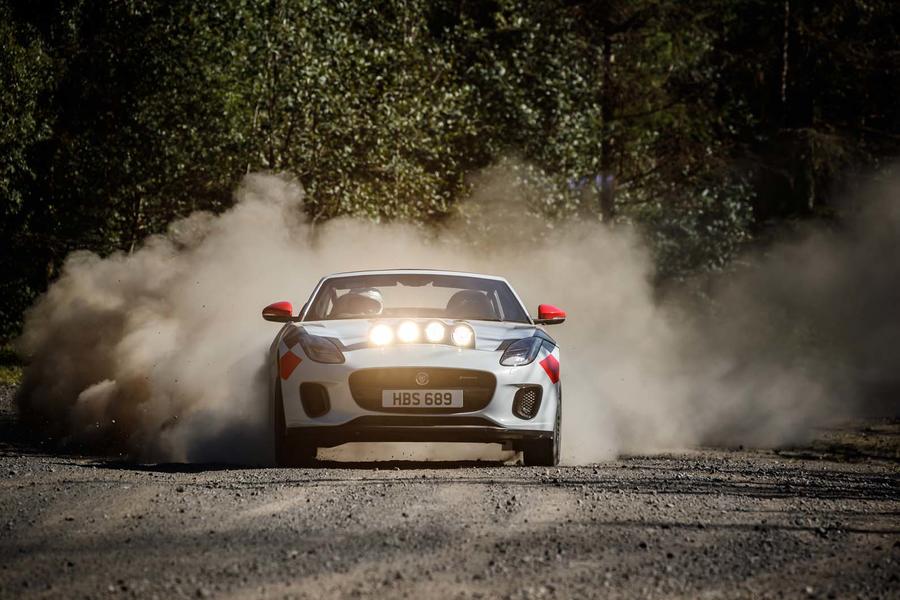 This is the year in which the XK120 celebrates its 70th anniversary, and that was reason enough, reckoned Jaguar, to build a rallying version of its nearest present-day descendant as a sort of dust-kicking tribute. Just like Appleyard’s car, the recreation is a drop-top in white with lots of neat refinements that make it not merely a sports car but a true rally car.

It has been developed mostly in-house but with assistance from a well-known rally specialist, and it’s built to FIA standards. It is not homologated by the FIA, however, mostly because the whole process is a spectacularly tedious and expensive one, which sadly means the F-Type rally car will never compete. We mustn’t view this as Jaguar’s triumphant return to another arm of motorsport it once excelled at, then, although there is a good chance we’ll see the F-Type running in public as a course car. 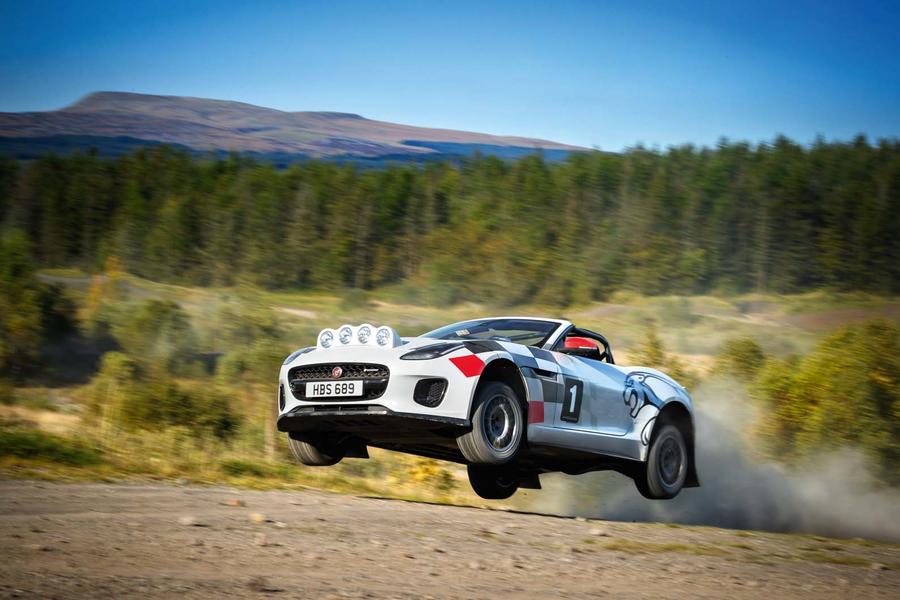 What exactly does it take to turn a two-seat roadster into something that can be thrashed along a gravel rally stage? Lots of underbody protection, for one thing, and gravel tyres on 16in wheels for another. The car now sits 40mm higher on new springs and trick Exe-TC dampers (ask Sébastien Loeb what he thinks of Exe-TC and he’ll go misty-eyed; each of his nine World Rally Championship titles was won on its dampers).

The hood mechanism has been ripped out, but any weight saved has gone straight back in with the roll cage. There are competition brakes, carbonfibre door skins from the F-Type GT4 racing car, competition seats and harnesses, an intercom and even a hydraulic handbrake. The suspension arms are stock, although you would swear the enormous upright was designed from day one to cope with the combined rigours of a tortuous forestry road and merciless three-figure speeds. 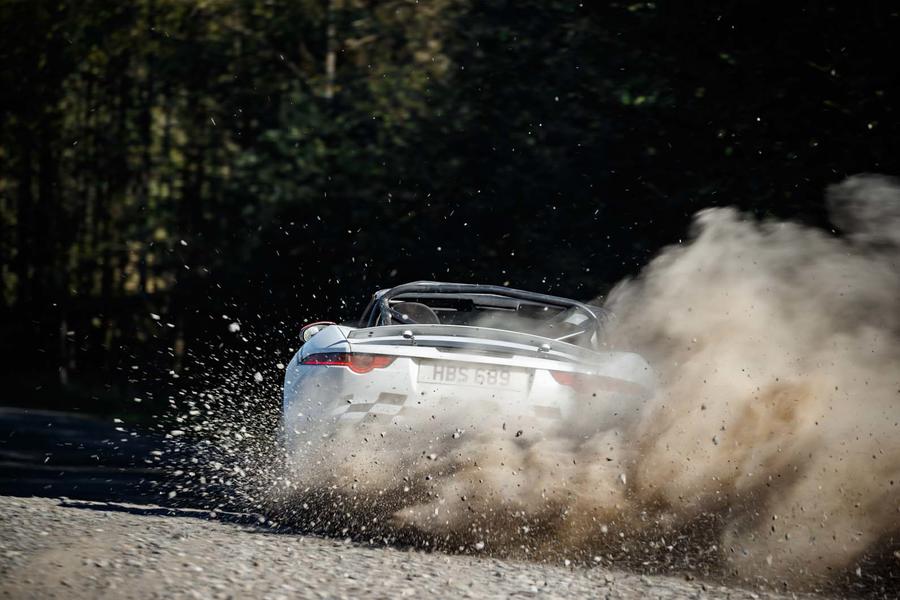 The donor car is a base-model F-Type with the four-cylinder turbo engine, chosen simply because it’s the most recent version. Rear-wheel drive, it uses the same eight-speed automatic gearbox as the road car, although the limited-slip differential from the V6 model has been dropped in to replace the stock open differential. Every one of the showroom car’s electronic driver aids has been disabled.

Until I’m allowed behind the wheel myself, I can’t tell you what an F-Type rally car is like to drive, although I can tell you what it’s like to be driven in. Welsh rally driver Jade Paveley was at the helm for my ride around the Walter’s Arena forest rally complex. An open-top gravel rally car is an unusual thing, not least because the cabin swirls with wind and you get a face full of dust at every turn. But in every other respect, the F-Type felt like… well, what it was supposed to: a bona fide rally car. 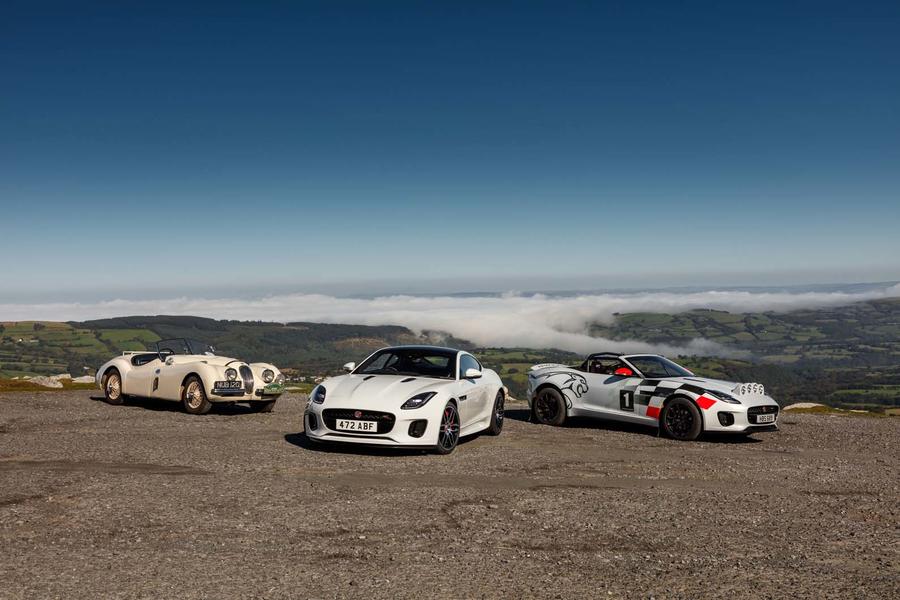 During our run, it generated far more grip than you would believe possible on a loose surface, thanks to those gravel tyres. It even had good traction, despite upwards of 300bhp being split between two wheels only. I thought the car would just want to swap ends, but from where I was sitting it felt as though it took a boot-full to make it slide.

It was the performance of the suspension that really blew me away, though. The combination of body control and bump compliance, particularly given the rough and rocky surface beneath us, was astonishing. Why doesn’t every car have a set of Exe-TCs? What the F-Type doesn’t have is the vast suspension travel of a top-spec rally car, so it thumps heavily over the bigger ruts and ridges that a modern World Rally Car would glide across.

So, how enthusiastic should we be about a rally car that will never compete? I know the answer, but I’m afraid I just can’t help myself. 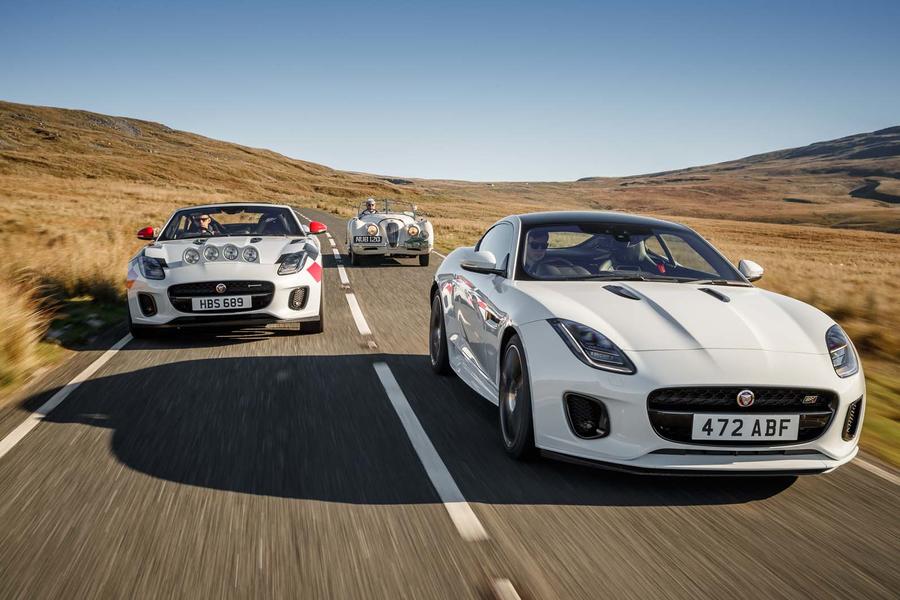 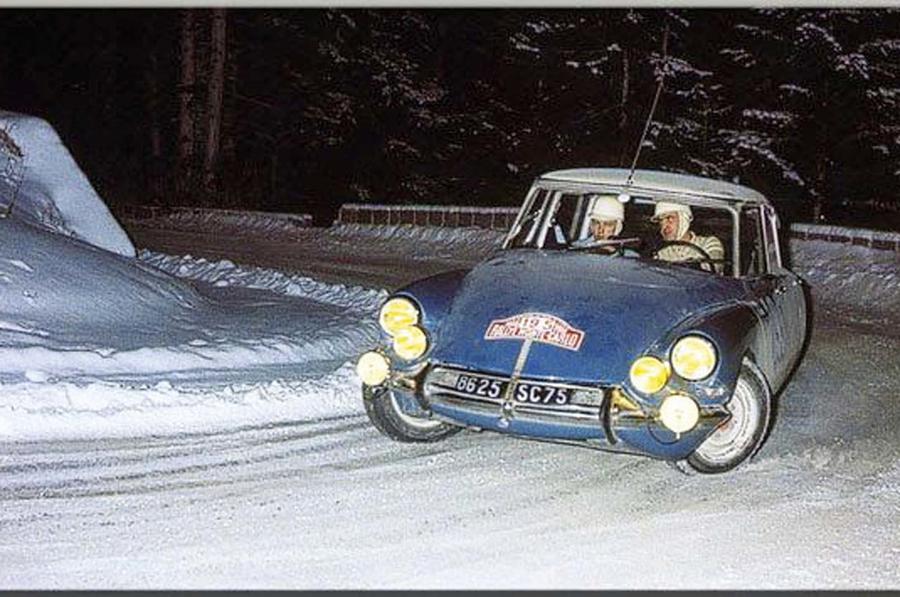 Citroën DS: Having twice won the Monte Carlo Rally, the most famous of them all, the Citroën DS proved to be not only an unlikely rally car but a successful one, too. 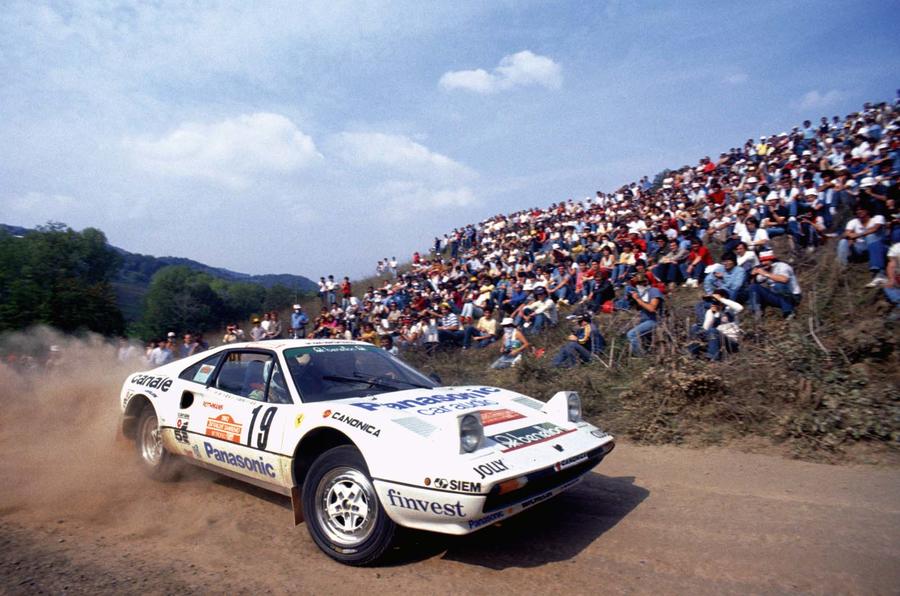 Ferrari 308: Built by factory-supported privateer outfit Michelotto in the 1970s and 1980s, Group 4 and Group B-spec Ferrari 308s were competitive on asphalt rallies and occasionally competed on gravel too – as seen here. 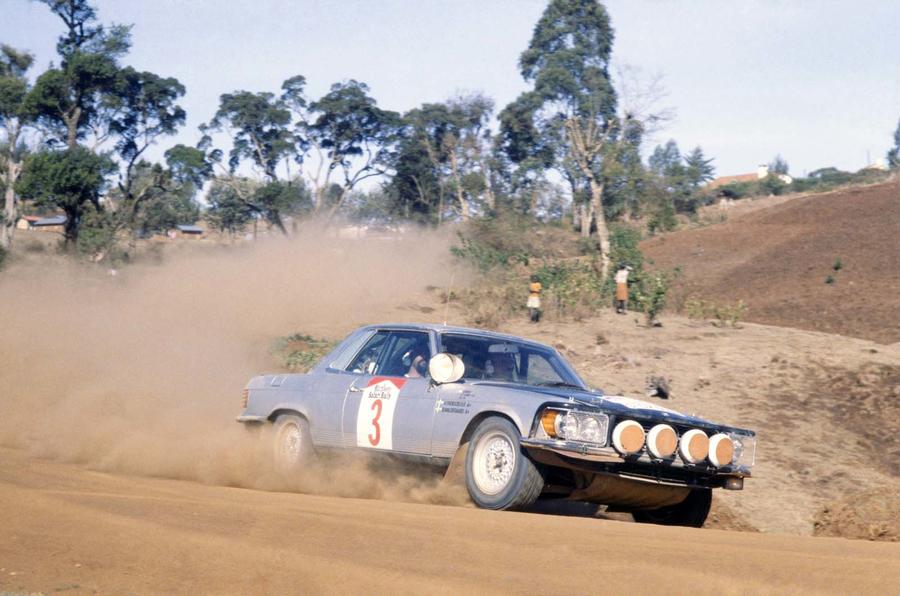 Mercedes-Benz 450SLC: The elegant 450SLC looked more like a lover than a fighter… but it was competitive on endurance events. Hannu Mikkola pedalled one to second place on the super-tough Safari Rally in 1979.

Interview: Petter Solberg on his rally return and electric motorsport​

Re: An F-Type with a difference: the open-top Jaguar rally car

Precisely who the hell is JLR’s management trying to fool in the light of deeply disturbing sales figures by trotting out this kind of stuff ? Utter self-deluding BS.