BACK TO ALL NEWS
Currently reading: Insight: how a Volkswagen Polo GTI becomes a rally car
UP NEXT
New Aston Martin DBR22 is £1.5m, V12 speedster

Volkswagen Motorsport returned to rallying in Spain after a two-year break. Here’s why
Open gallery
Close

A works Polo rally car hadn’t been seen on the stages since the end of 2016, when Volkswagen walked away from the sport amid the fallout from dieselgate, having won four consecutive drivers’ and constructors’ championship doubles. 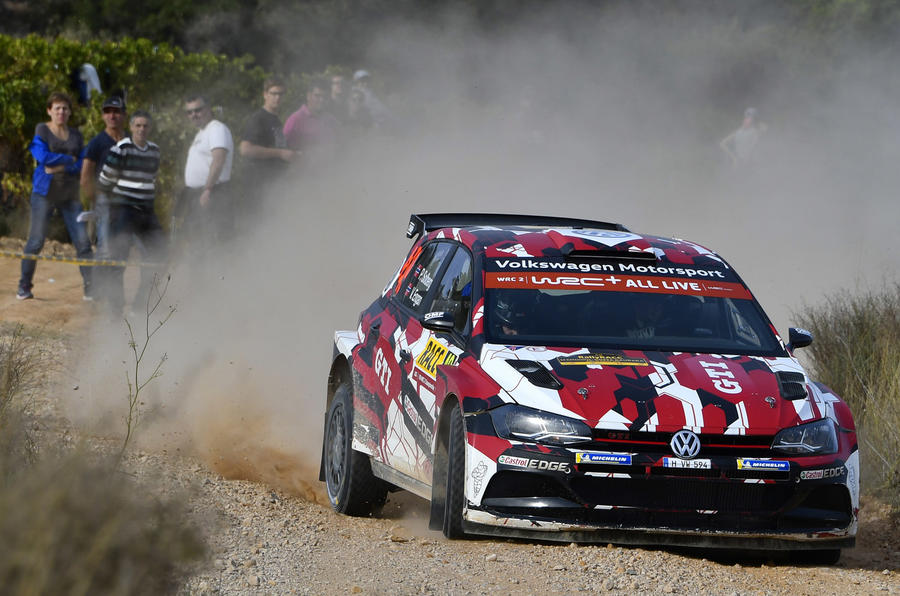 But this wasn’t quite the return of the all-conquering squad that won 43 of the 52 WRC events held between 2013 and 2016. And that’s because this was a very different type of Polo WRC. Instead of a full works World Rally Car capable of dominating, the Polo GTIs that took to Spain’s Tarmac and gravel stages, driven by Eric Camilli and former world champion Petter Solberg, were built to R5 regulations and entered in the WRC2 category.

The cost-controlled and tightly restricted R5 category is designed for privateer teams, and Volkswagen Motorsport’s works entry was a one-off to showcase the new machine ahead of sales starting.

The R5 project has been in the plans since Volkswagen’s sudden WRC withdrawal was announced by R&D boss Frank Welsch. While he committed Volkswagen Motorsport’s works efforts to electric projects – which led to the record-breaking 642bhp ID R Pikes Peak electric hill climb machine – he also tasked the team with developing customer projects. That included the Volkswagen Golf GTI TCR touring car and the Polo WRX rallycross supercar – and Welsch also promised an R5 rally version of the new Polo GTI.

Developing a rally car to tight regulations to sell to customers was a new challenge for Volkswagen Motorsport, particularly with the R5 rules stipulating a maximum sales price of €190,000 (£170,000) per car. That required a very different approach from designing a money-no-object World Rally Car.

Volkswagen successfully miniaturises the performance Golf’s recipe for the first time - but does the hot supermini have a chassis to match its newly acquired engine? 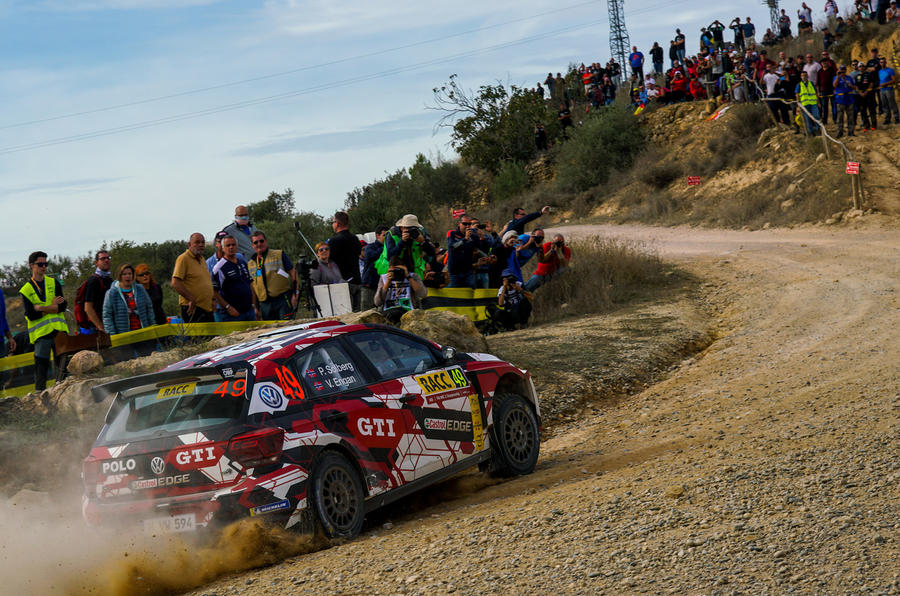 “You can go to the same places [in development] and do the same tests, but you need to try to build the best car for these regulations – and that means to a cost,” says Volkswagen Motorsport boss Sven Smeets.

“It’s not just ‘I want to do this because I know it will be good’, because that could be too expensive. The prices for a lot of parts, such as the gearbox, are fixed by the FIA, and I can confirm we were not allowed to lose money selling this car or its parts.”

The difference in the class rules, and the introduction of the new Polo GTI road car, means that virtually nothing is carried over from the World Rally Car.

That means the Polo GTI R5 is built on the VW Group’s MQB A0 small car platform. It also meant that, while the project was announced in 2016, work couldn’t start until the new Polo GTI road car’s design was completed in mid-2017. 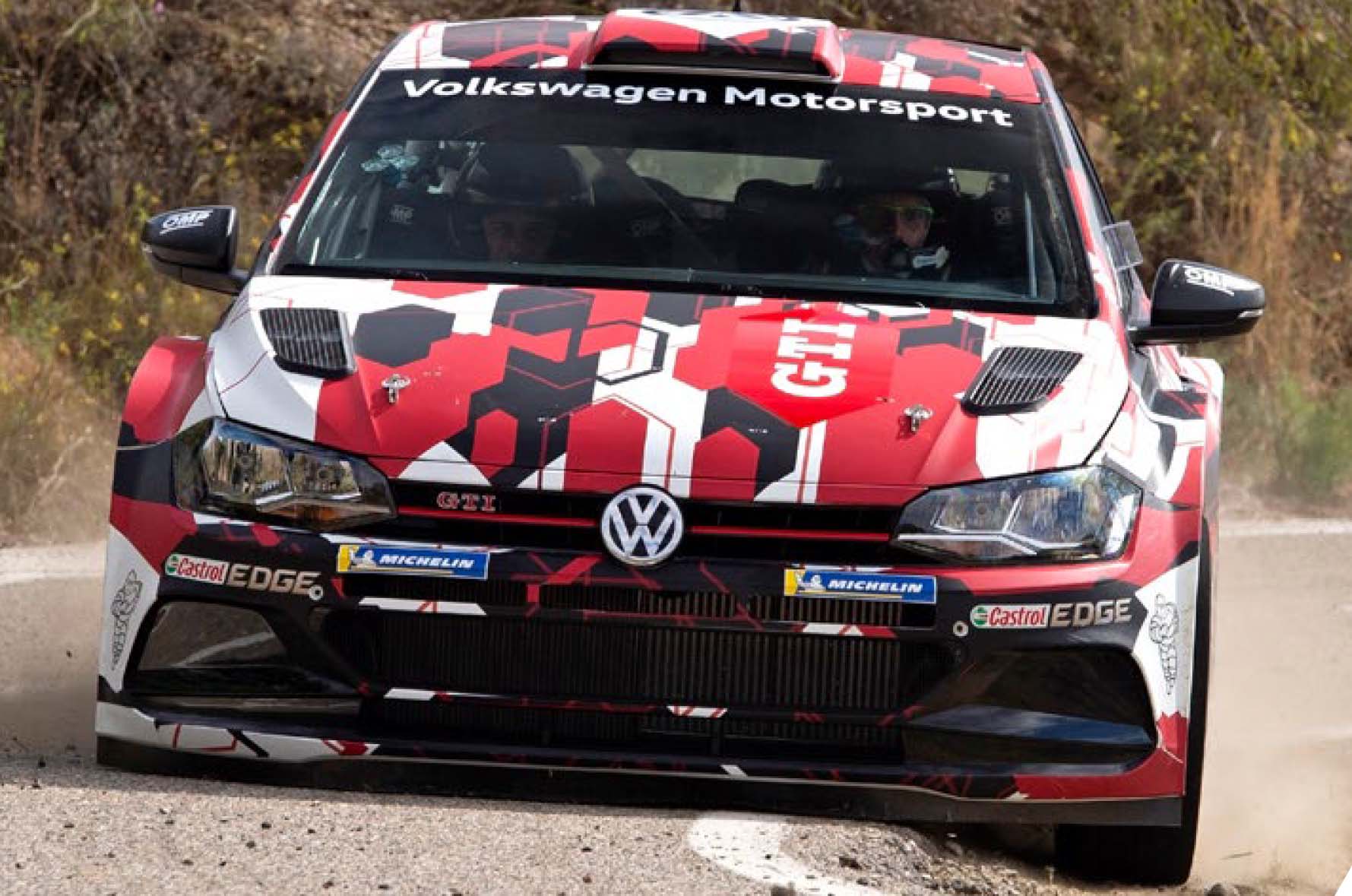 Francois-Xavier Demaison, Volkswagen Motorsport’s technical chief, says: “We had to wait for the new road car model to get the data from the factory. We started with the CAD data from the base car: we always do, because it’s easier to get CAD than a real body when it’s a new car. Once we have the data we can start to work on the parts we need to modify or upgrade.”

Demaison said the priorities when developing the car were reliability and ease of use. “It’s a customer car, so it’s important that there aren’t too many things to do at a service,” he says. “Customers want a car that’s easy to service and to manage, and reliable – that’s always the number one priority.”

The rally car uses the platform and bodyshell from the road-going Polo, but many of the mechanical components have been adapted to meet the R5 regulations: there are fewer common parts between the two machines than between the Golf GTI and the TCR touring car version.

That means that, among other changes, the Polo GTI R5 has permanent four-wheel-drive, while the road car’s DSG gearbox is switched for a five-speed sequential unit.

What both versions of the Polo GTI have in common is their powerplant: Volkswagen’s EA288 turbocharged engine. But while the road car uses the 2.0-litre version, the R5 rules require 1.6-litre engines, so the rally car has the smaller version, which produces 268bhp and 295lb ft. Due to the nature of rallying the Polo GTI R5 only has a top speed of around 125mph, with the engine tuned to deliver acceleration (0-62mph takes around 4.1 seconds) and response.

The EA288 1.6 engine is already used in sister firm Skoda’s Skoda Fabia R5, so Volkswagen took that unit and further developed it. “We’ve had close co-operation with Skoda,” says Smeets. “We’ve transferred from their car into ours, but in two years they will develop a new Fabia R5 from the new Fabia road car, which will be on the same [MQB A0] platform as ours. So we will transfer information in the other direction then.”

When the Volkswagen Polo WRC made its debut on the 2013 Monte Carlo Rally, Sebastien Ogier set the fastest time on its first competitive stage – and went on to claim a podium finish. 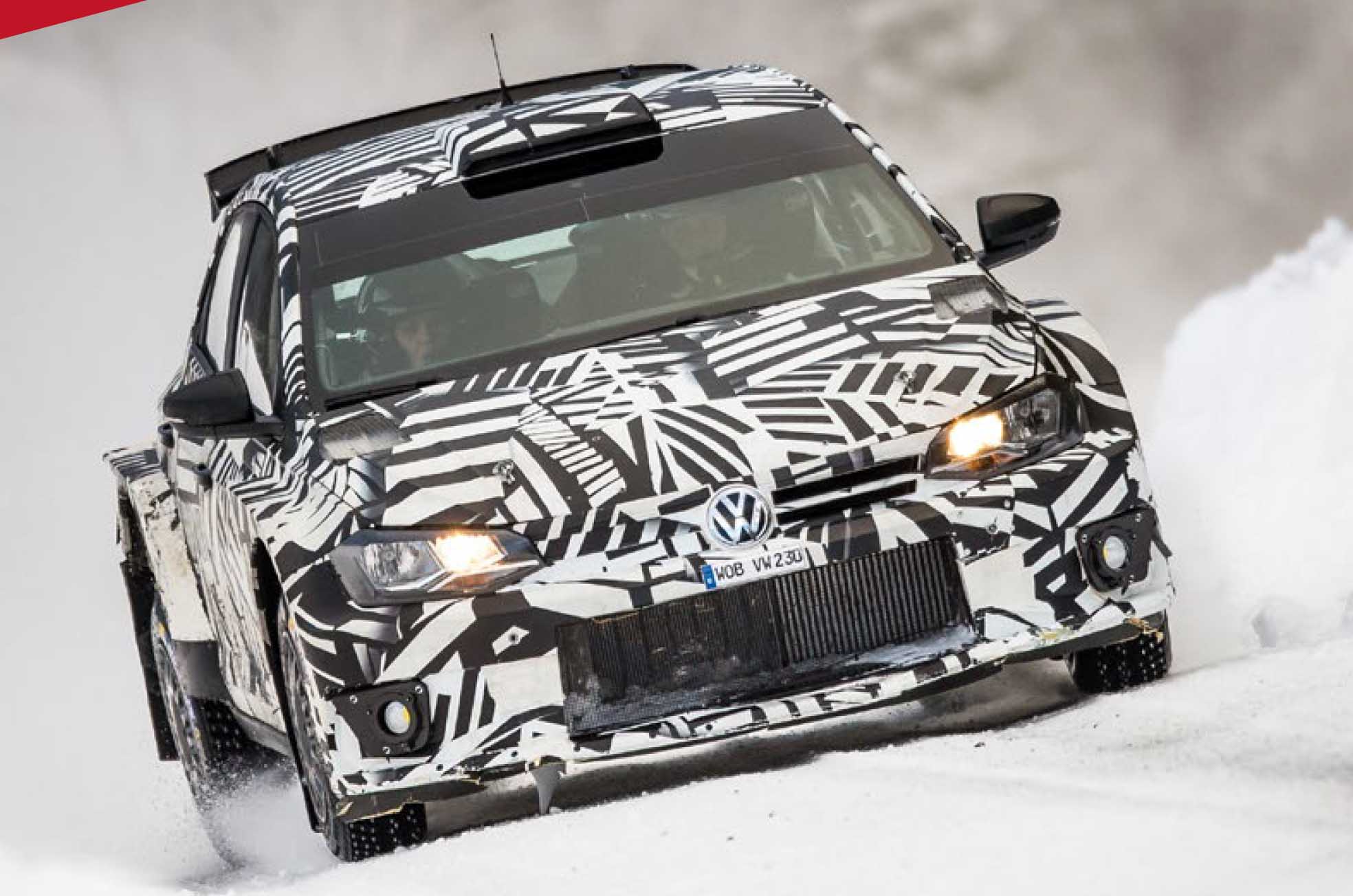 History repeated itself in Spain, with Camilli setting the fastest time in the WRC2 division on the first stage of the event. The Frenchman went on to build up a substantial lead, before his bid for victory was ended when his gearstick broke, leaving him unable to change out of first gear.

That left Solberg to carry the team’s hopes. On his first rally in six years the 2003 world champion was right in the mix on Friday’s gravel tests, but he faded a bit in mixed conditions on Saturday. That said, he stayed out of trouble and claimed a podium finish behind the Skoda Motorsport pairing of Kalle Rovanpera and Jan Kopecky.

“We are happy,” says Smeets. “Not getting a win was a shame, because we like to win, but we were glad to be fighting at the front.

While Volkswagen will continue developing the machine, future rally results will likely be down to customers – 15 cars have already been sold for delivery this year, with more than twice that number set to be sold next year.

“We came here to get confirmation, and with the speed we had it’s clear the car is well-born,” says Smeets. “For the future it’s very good.”

Interview: Petter Solberg on his rally return and electric motorsport