BACK TO ALL NEWS
Currently reading: A passenger lap around Millbrook with Sebastien Loeb
UP NEXT
2023 Lotus Type 133 to be firm's most luxurious model yet

A passenger lap around Millbrook with Sebastien Loeb

As familiar as we are with the Millbrook Hill Route, experiencing it alongside a rally legend is something else
Open gallery
Close

With the major car makers gathering in one place, it’s typically a prime opportunity for motoring journalists to have a go in the latest facelifted models, drink as much complimentary coffee as their bowels can handle and chew the cud with PR folk You can imagine my surprise when I was pulled away from this, er, ‘challenging’ schedule by an offer to accompany Sébastien Loeb, the most successful driver in the history of the World Rally Championship, on a flying lap of Millbrook’s daunting Hill Route.

I’m very familiar with this circuit and regular readers of Autocar might be too, because it is where we assess our road test subject each week. It’s a treacherous track that combines dramatic changes in elevation with sharp, cambered corners and plenty of trees to hit. You could say it is a bit like a rally stage, then. 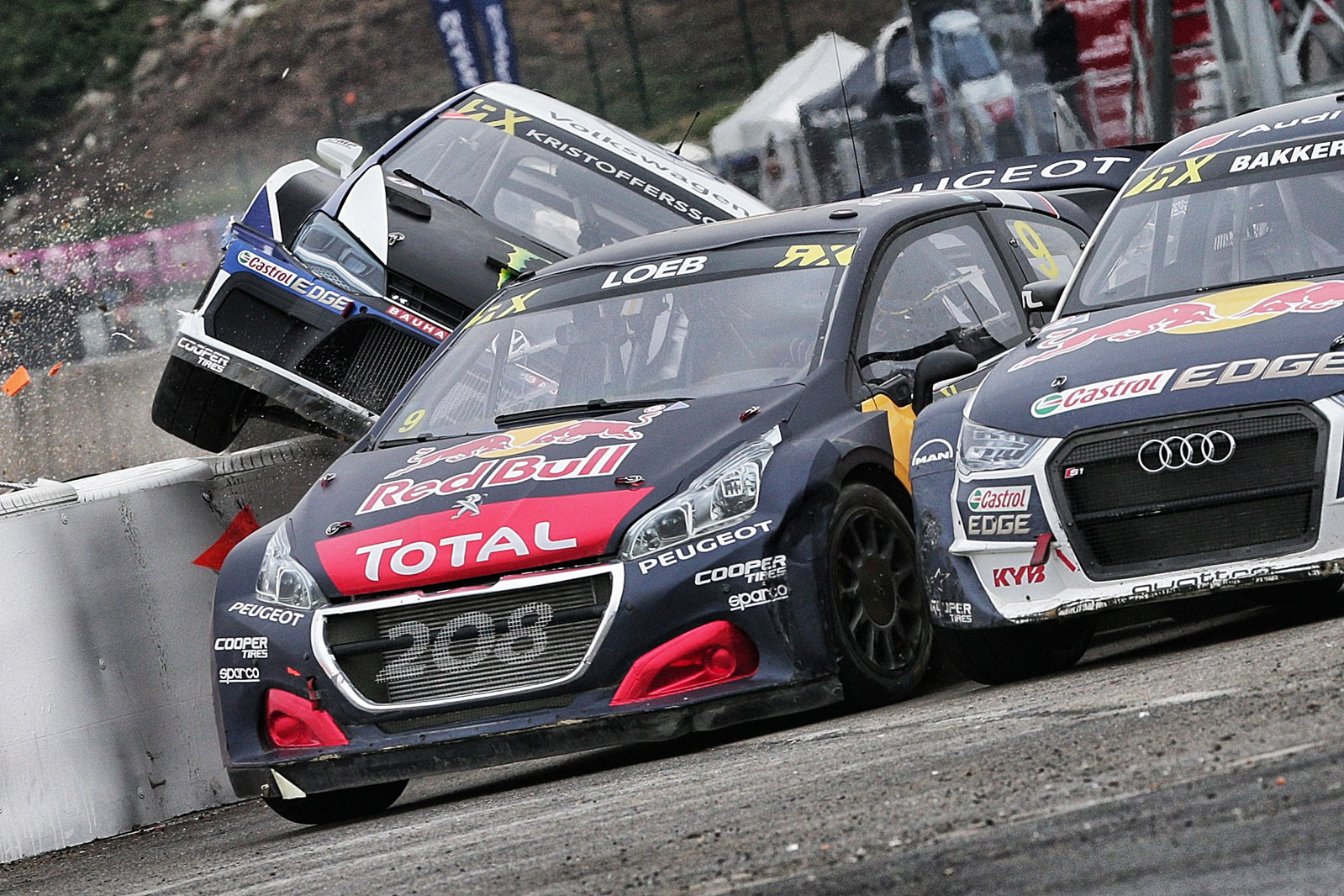 And the road car in which I’ll be playing Loeb’s co-driver? That’ll be a Peugeot 208 GTi by Peugeot Sport – a 205bhp turbocharged 1.6-litre hot hatchback that can hit 62mph from standstill in 6.5sec. The choice of car is no surprise; Loeb currently drives a 208 in the FIA World Rallycross Championship (WRX).

As we drive out to the track, it becomes apparent that Loeb is quite a fan of the 208 GTi. “It’s a good car,” he says. “It’s a small little sports car like the ones I enjoyed when I was younger. It’s quite reactive.

My rallycross version is more fun, though, mainly because it has about 600 horsepower.” 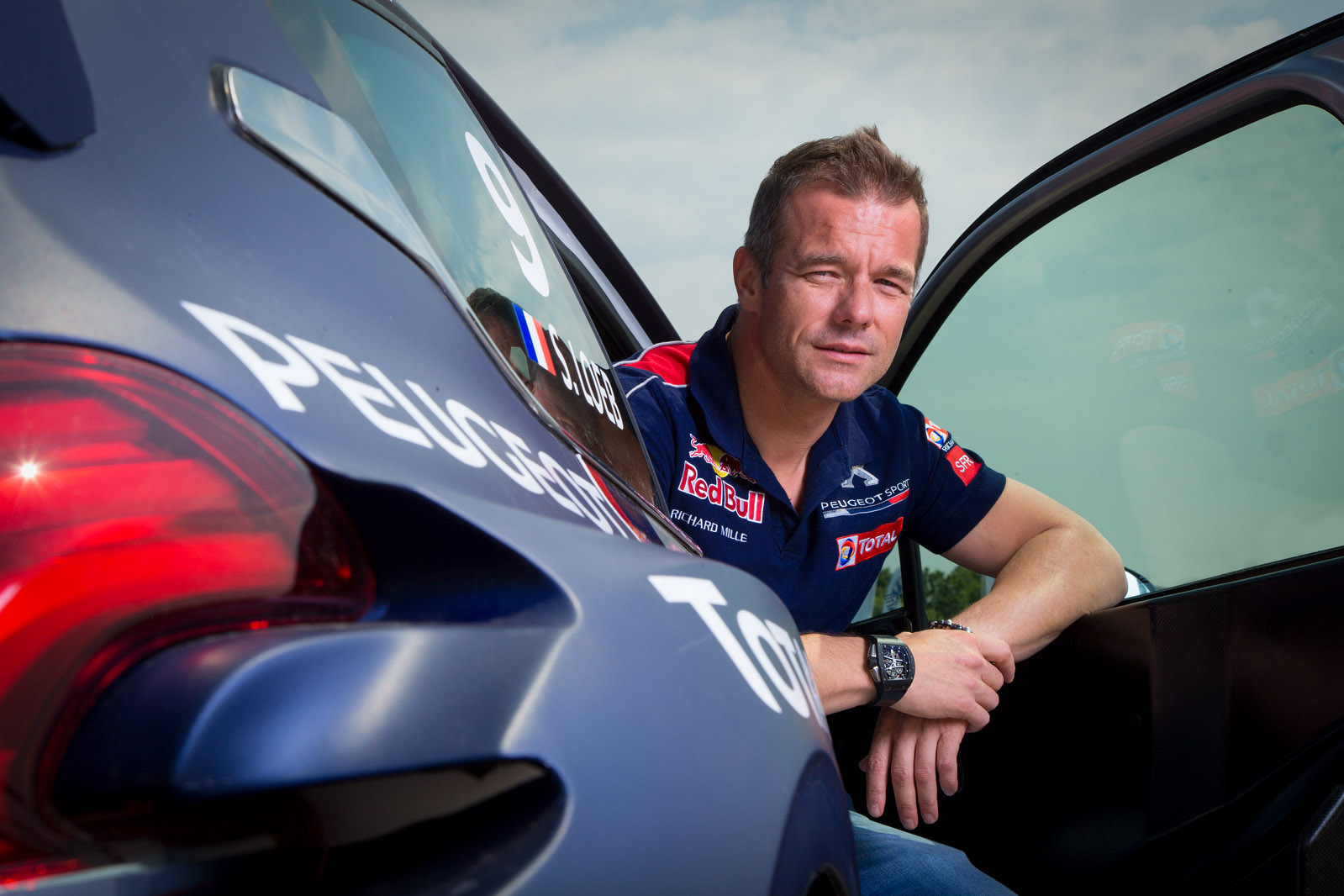 Rallycross is the reason why Loeb is able to attend the SMMT test day. He’s in the UK for the fourth round of this year’s WRX series at Silverstone. Earlier in May, he won the Belgian event in Mettet in his Team Peugeot Total car. Loeb switched to rallycross full time in 2016 after two seasons in the World Touring Car Championship. Having won nine WRC titles prior to that, the fact he’s now competing in a discipline that combines elements of rallying and racing seems fitting.

“Rallycross is very different from WRC,” he explains as we hurtle around the first hairpin. “It’s very exciting, but also very stressful.  It’s a lot of adrenaline at the start of the races.”

Loeb finished fifth in the end-of-season WRX standings in 2016 and fourth last year, establishing himself as a regular frontrunner. “There’s more intensity than in rallying, so I enjoy it. In rallying, you do many more kilometres, it’s longer, and the way you drive is different because you don’t repeat the same corner. You have to improvise a lot; you have to make good pace notes. It’s a really different experience.” 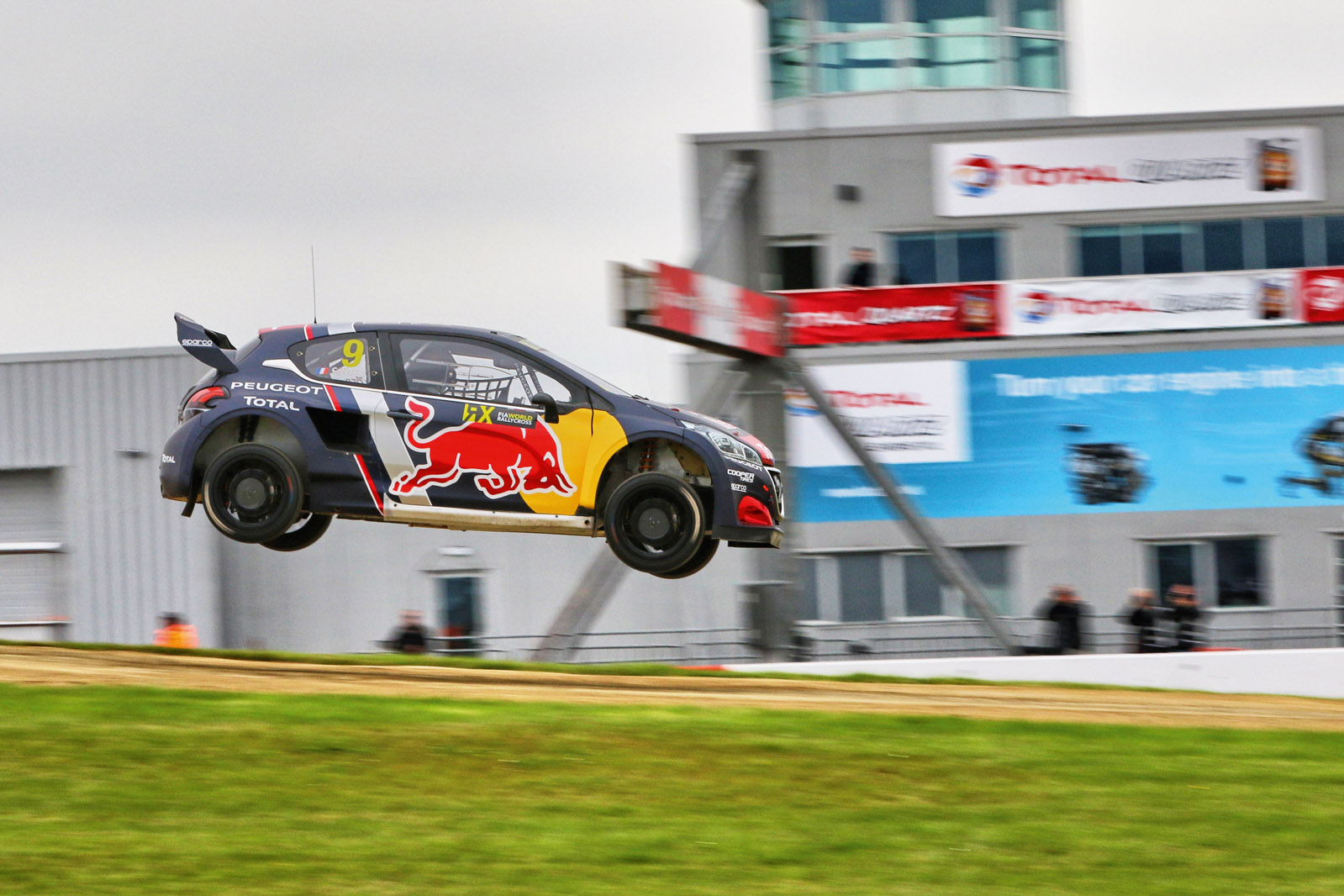 The fact that Loeb doesn’t have any notes – or a particularly competent co-driver, for that matter – doesn’t prevent him from going hammer and tongs around the Hill Route, though. He seems totally confident in his abilities, so much so that for most of our lap he only has one hand on the steering wheel, as cool as you like. So fast and stable is he on the track that he attracts the attention of one of the marshals, who shouts at him to slow down. I imagine that particular marshal has no idea who he is actually shouting at.

As we career around the circuit, the 44-year-old sheds a little light on how he typically fills his days: “I spend a lot of time travelling for testing, promotional days or racing. When I’m at home, I like to spend time with my daughter, see friends and ride my motorbike. I also enjoy karting, hillclimbing, a bit of everything.” Loeb’s daily driver is a Peugeot 308 GTi, but he also has something a bit more special in his garage.

“I have a Lamborghini Huracán Performante,” he says. “I like to have a nice sports car, so I change sometimes: Lamborghini, Porsche, Ferrari, something like that.” 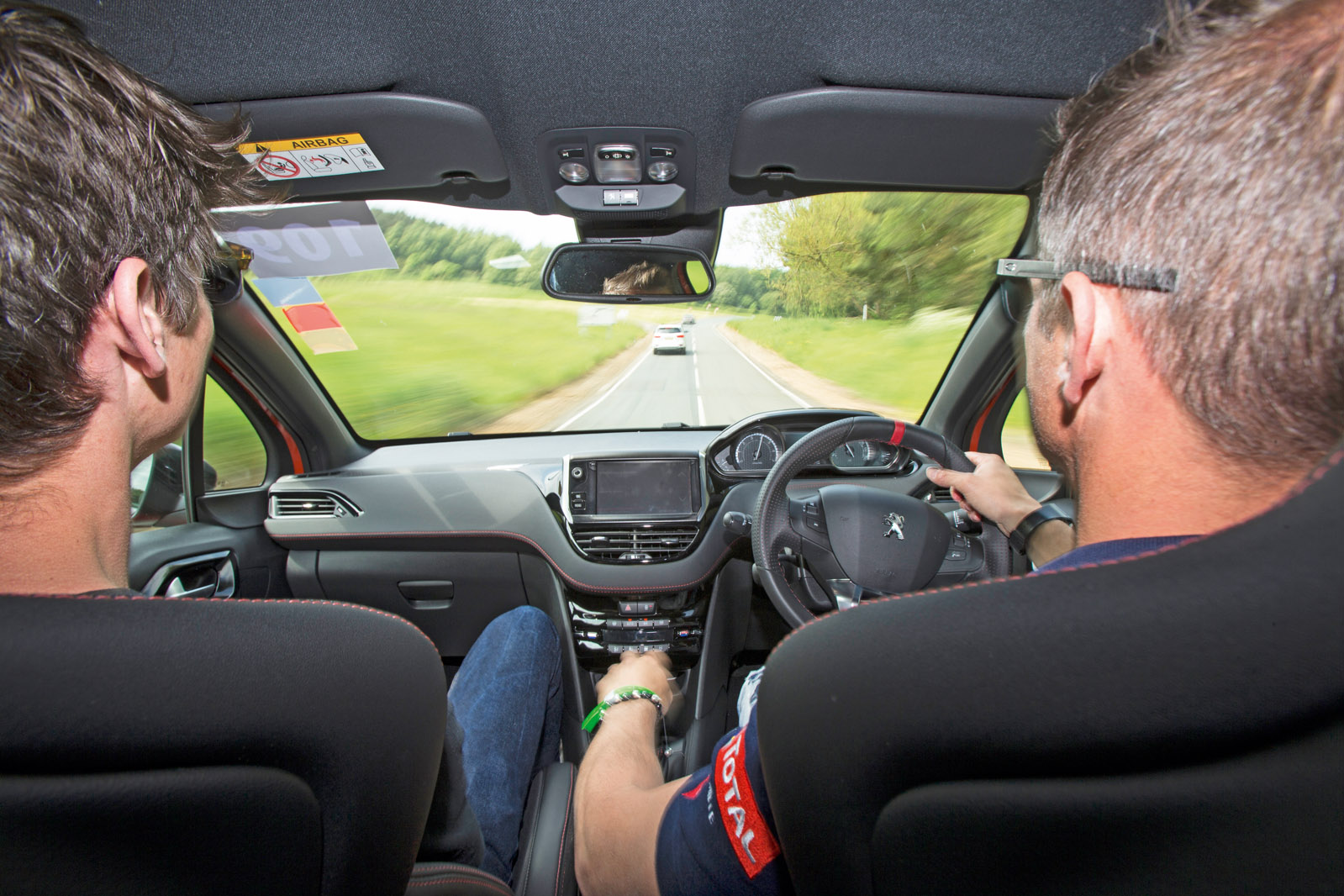 Perhaps Loeb can be persuaded to bring his Lamborghini with him if he decides to pitch up at another SMMT test day in the future. As thrilling as my passenger lap of the Alpine circuit in the 208 GTi was, it’d be something else entirely in a 631bhp supercar with Loeb at the wheel.

Sébastien Loeb’s still got it. That much was evident just days after the SMMT event when he was in with a real shout of victory in the WRX event at Silverstone.

Loeb qualified on the outside of the front row for the six-car final but fluffed his getaway and dropped to fifth position. He recovered to third by the end of the race, which was won by VW Polo driver Johan Kristoffersson.

“I had a really good final run, despite the really bad start,” said Loeb. “There was a lot of grip [on the start line] and I nearly stalled the engine. I took my joker lap at just the right time and that helped me to make up some places. It was a great battle.”

In my opinion, Loeb is the

In my opinion, Loeb is the best motor racing talent since Senna
Symanski 17 June 2018

In my opinion, Loeb is the best motor racing talent since Senna

I don't know if you can really compare the two, but Loeb is one of the greatest drivers we've ever seen.   When I seen him in his first year of WRC I just knew we were watching someone very special.

For Senna and Loeb I prefer to say they are on the top shelf of the hall of greats, and then leave it at that.   No value in trying to say who's the best; they all are.