BACK TO ALL NEWS
Currently reading: Nothing left to prove: A farewell to Bruntingthorpe
UP NEXT
First drive: 2022 BMW XM prototype

Nothing left to prove: A farewell to Bruntingthorpe

The time will come when people will look back and marvel that a place like Bruntingthorpe ever existed. Or the Bruntingthorpe Proving Ground, to give it its official name. But it was never that to us. It was, remains and always will simply be Brunters.

And now that it has changed hands and seems likely never to be used for car testing again, it already seems faintly improbable that we got to use it at all. For this in our risk-averse, cotton-wool-wrapped 21st century was a place where you could be doing 200mph within five minutes of turning off the main road onto the facility.

Indeed, I remember doing exactly that with Peter Boutwood of Noble Automotive about 10 years ago in the then new M600. We turned up, we waved cheerily at the bloke on the gate, I fired it down a two-mile runway built to accommodate Cold War nuclear bombers, hit 200mph, completed the lap and left.

We were on site for eight minutes. More recently (as in last year), we gathered together a McLaren F1, P1 and Senna for one of the most special days any of those in attendance will enjoy in their working lives. Three cars worth a total of £30 million, Bruntingthorpe at our disposal and no rules of any kind. It was heaven on earth in automotive form. 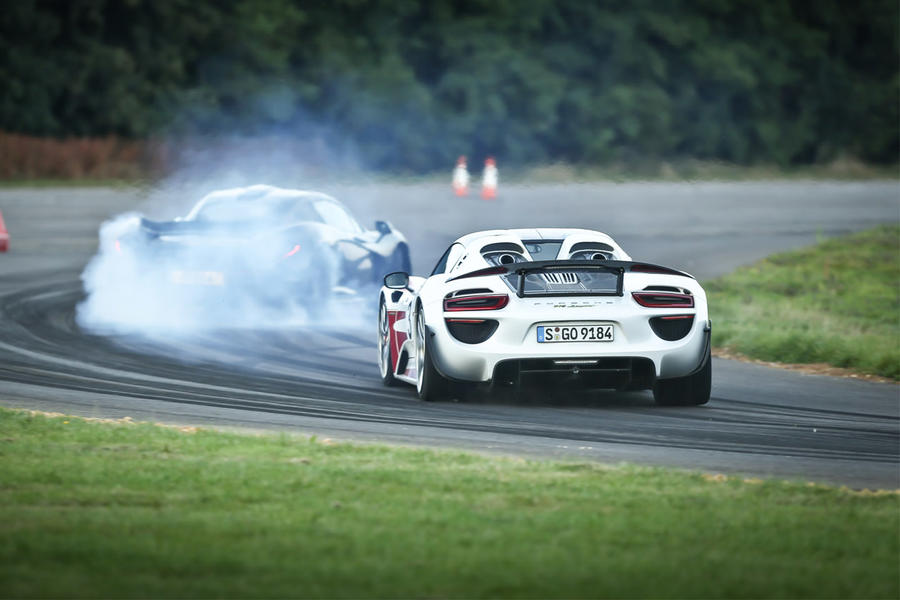 And that was what we loved most about Brunters: not so much the fact that there was nowhere else in Britain you could go faster, but the lack of apparent rules. Opportunities to have accidents of unfeasible proportions were almost everywhere.

Lose control and you might wipe yourself out against a Lockheed Tristar, a Handley Page Victor or a Boeing 747. You could be chuntering down the straight at three miles a minute and find a motorcycle weaving around in front of you at one-fifth of your speed or, just occasionally, travelling in the other direction. It felt like the Wild West.

Yet mostly we stayed safe. We would usually go and have a chat with whoever else was using the facility, figure out a mutually satisfactory plan that resulted in not wiping each other out and then just get on with it. Which meant that, within the bounds of common sense, there wasn’t much we couldn’t do.

Yet not once in all the years that I went to Brunters did anyone turn up or get on the radio saying “don’t do this”, “stop doing that” or anything else. By contrast, when I was road test editor of this magazine and spent half my life at the Millbrook Proving Ground, being barked at or told off by officialdom was a near-daily occurrence.

As Colin Goodwin recommends below, do watch the Autocar £250 banger race video on YouTube (tiny.cc/e2utsz); it will give you a very clear idea of just what lunacy you could get away with at Brunters. 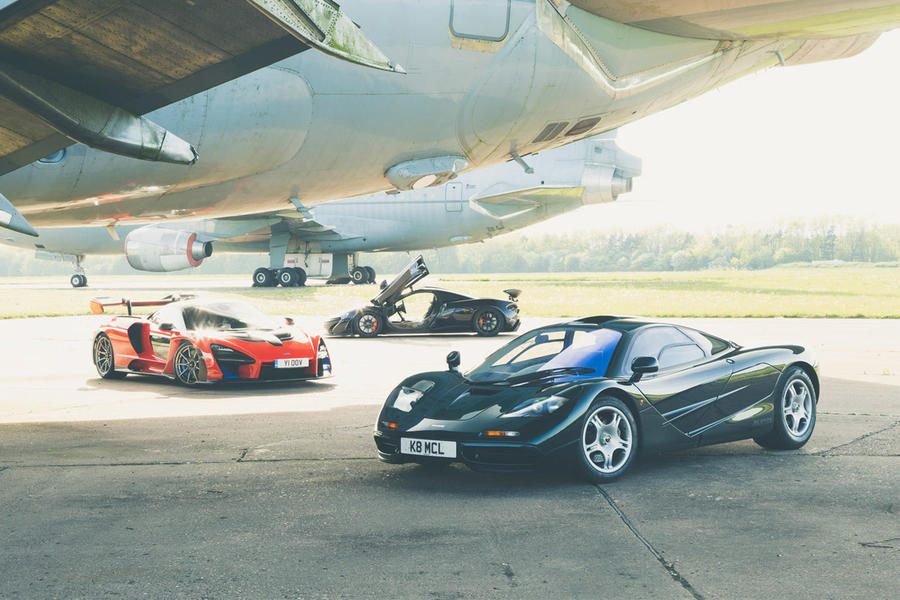 Which was my most cherished moment there? Obviously it was road testing the McLaren F1 in 1994, the culmination of years of hard work and quite clearly the summit of my career as road test editor. But that story has been told here and elsewhere a thousand times. So I’m going to go for another because, despite indulging in all kinds of lunacy (including reaching what remains my highest speed to date of 217mph in a Bugatti Veyron Super Sport), I’ve only once been genuinely scared at Bruntingthorpe.

I was steaming down the runway, as you do, in a thing called the Lamborghini Diablo SE30, which was basically a very-limited-edition Diablo with lots of expensive carbonfibre bits that you really wouldn’t want to bend. There was a 30mph crosswind but, even at 180mph, the Lambo was impressively stable. Which is more than can be said for a traffic cone that suddenly got up from its position marking the side of the track, hovered briefly and then flung itself directly into the path of a rather expensive Italian supercar covering a mile every 20 seconds.

The scary bit was looking down and seeing my hands start to move the steering wheel in instinctive avoidance. I still don’t like to think what might have happened had I gone through with a three-miles-a-minute emergency lane-change manoeuvre. Happily I abandoned the plan and hit the cone head on, which I must confess didn’t do the car much good. In fact, it left little bits of carbonfibre all over the runway – but left me entirely unscathed.

There are so many people who are going to miss Bruntingthorpe, but probably none more than that happy band of slightly unhinged road testers from magazines and television shows across the country who have converged on the Leicestershire airfield to mess about in cars at speeds you would normally need an aircraft to achieve. Thank you, Brunters. It has been a blast. 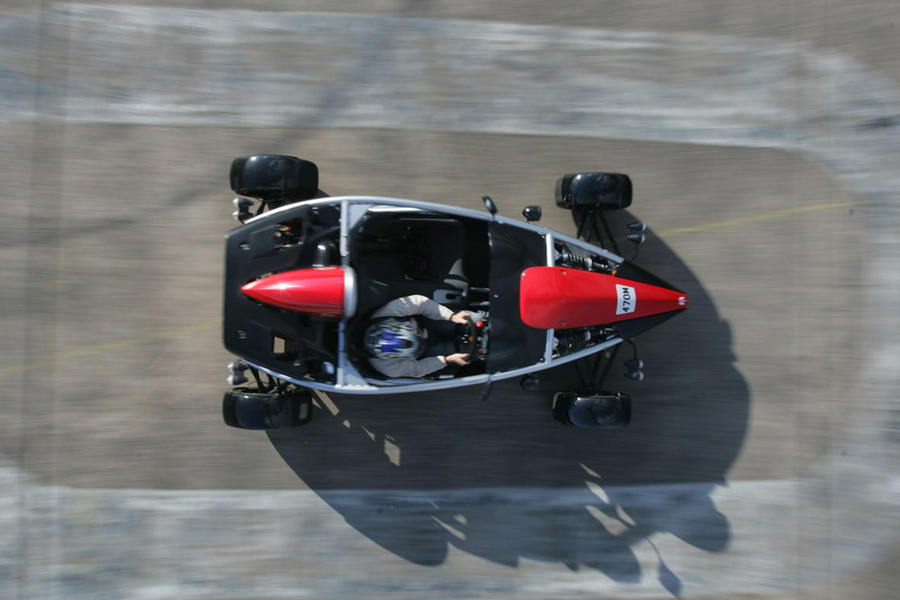 Matt Saunders: The Bruntingthorpe runway used to host an unmissable annual fixture for Autocar: the 0-100-0. And 2006 may have been the best year of all. The Bugatti Veyron did it in 9.9sec; Robbie Kerr turned up in his A1GP single-seater and went quicker still. He also took on a TVR Tuscan 2, a veteran road tester and a novice - me - as part of a 0-100-0 driving technique investigation; and suffice to say he battered me. However, my pedal-hopping reaction time just above 100mph was just a tad better, and that’s been enough to dine out on ever since. 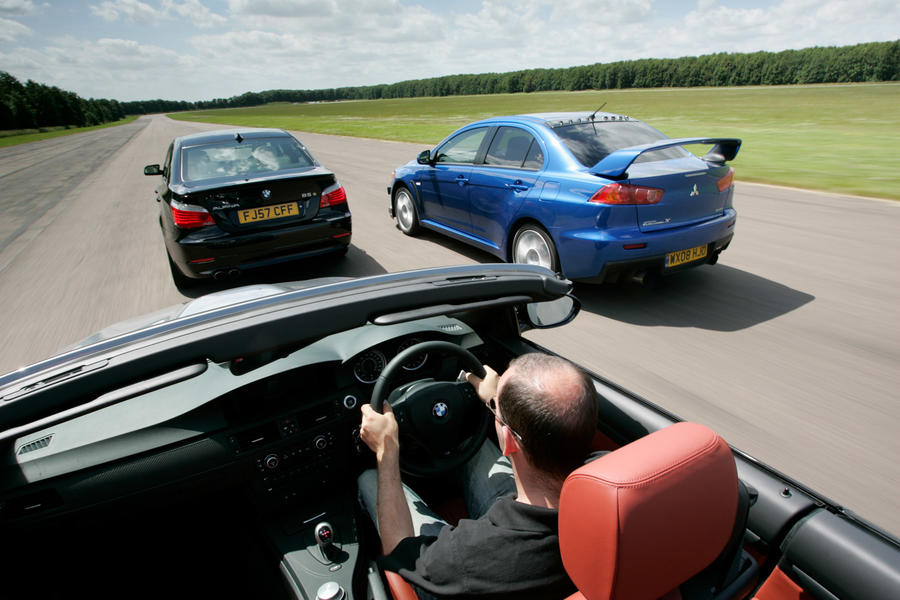 Colin Goodwin: You could do silly things at Bruntingthorpe, like hold a race for old nails costing no more than £250. It was called the Autocar 250 and featured a Saab 9000, Volvo 850, Peugeot 205 GTi and Vauxhall Calibra. You can watch it on YouTube and see yours truly almost hit a 747 in a wildly oversteering Volvo. 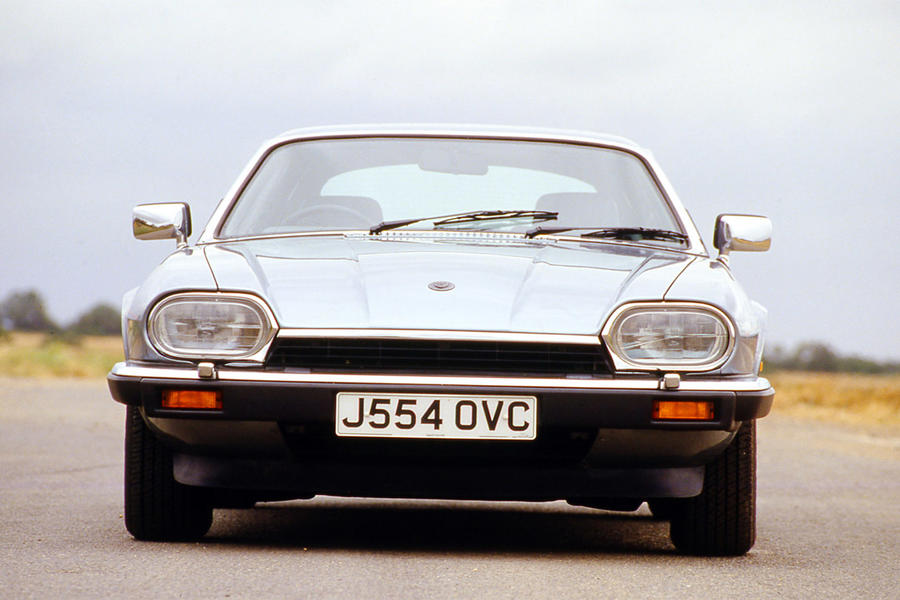 Steve Cropley: We did a ‘150mph for £500’ feature at Brunters once, for which colleague Hugo Andreae obtained a healthy but under-braked old Jaguar XJS. In pursuit of 150, he went within a few heart-stopping yards of a bunch of Vauxhalls parked at the end of the runway. He soon left us to run a boat mag instead… 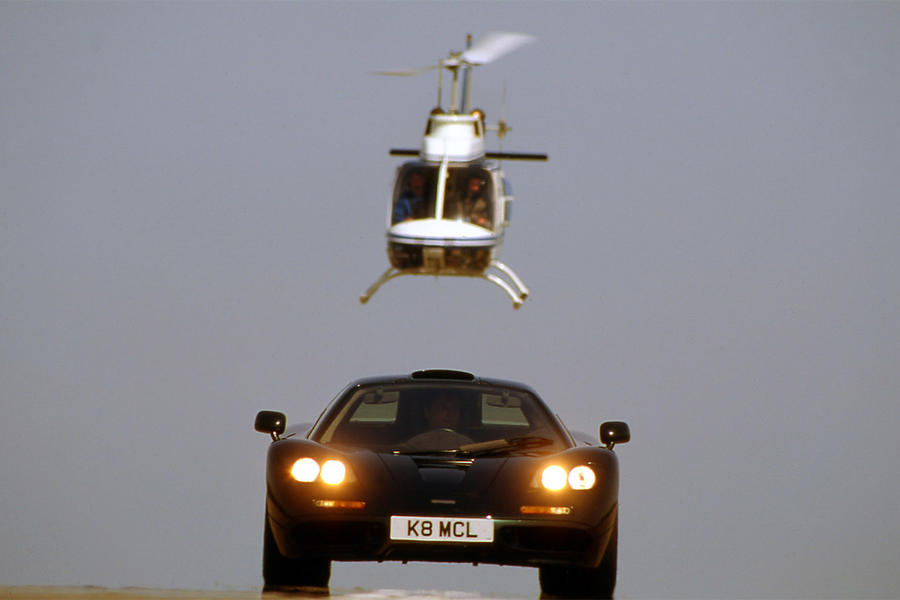 Richard Bremner: It was a window onto an unrealised Armageddon. Bruntingthorpe had more hangars in the 1980s, big and robustly padlocked. Except the day one door was ajar. In the gloom were rows of military Austin Gipsy 4x4s, all ancient already, all barely run-in and all perfectly primed for calamities unknown. I never saw them again, but the memory stays strong.

Matt Prior: if you want to build a racing circuit, build it on an old airfield

The joy is being drained away

Speed limiters to become standard on new vehicles, exhaust mufflers fitted to noisy cars on track days, billions being spent on removing the task of driving from human beings, and the irony of ironies, Bruntingthorpe (for years the site of thousands of tests of man and machine) now being handed over for the testing of machine and machine.
To what end exactly? Madness.
MrJ 4 October 2020

At least Bruntingthorpe has a

At least Bruntingthorpe has a future other than a housing estate.

So, even if Bruntingthorpe is no longer heaven for keen drivers, AI robots will have somewhere to practise.

Forestry Commission are trying to destroy my sport at moment, Enduro, and snoflakes were trying to close down Mallory last year. Only a matter of time before this whole country is a building site

Forestry Commission are trying to destroy my sport at moment, Enduro, and snoflakes were trying to close down Mallory last year. Only a matter of time before this whole country is a building site

We have friends who lived Kirkby Mallory, their neighbours we very vocal in their complaints about noise from the circuit some weekends, yet they moved to the village knowing it was there!  Done a fare few hundred laps of it, both on a bike and motorbike, always gave it a bit when passing their house on the way out.