BACK TO ALL OPINION BLOGS
Currently reading: The rise and fall of Rockingham Motor Speedway
UP NEXT
Inside the industry: Why Dacia's formula is a winning one

Last weekend, I headed to Rockingham Motor Speedway to take in some British Touring Car Championship (BTCC) action as part of a feature for a future issue of Autocar.

One of the major talking points among those in the paddock was the future of the Northamptonshire venue itself, which has been up for sale since owners Bela Partnerships went into administration in 2016. The uncertainly over Rockingham’s long-term future had already caused the BTCC, along with other high-profile championships, to drop the venue for 2019. 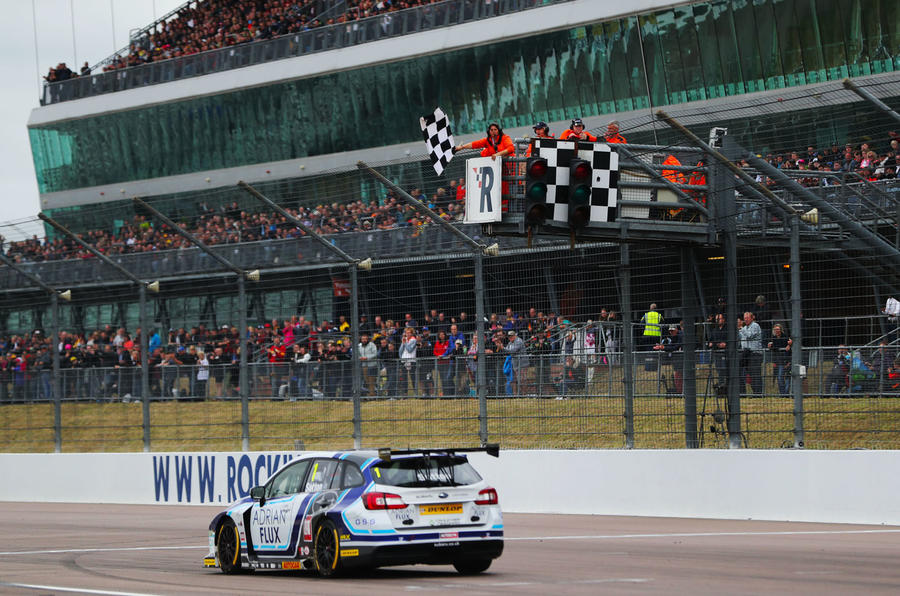 A few days after the BTCC event, the sale of the circuit was confirmed. A statement from Rockingham said that all events scheduled for 2018 would run as planned but referenced “changes in business operations” at the venue.

According to the Companies House website, an investment company registered in St Helier, Jersey has bought Rockingham, and the Northamptonshire Telegraph has reported it will become a car storage centre. Whether it can continue to be used for track activities, or whether there are other long-term plans for it, is unknown. It was offered for sale as a ‘development opportunity’ and a huge housing development is being built nearby.

That the first purpose-built banked oval built in the UK since Brooklands in 1907 could be shuttered as a venue after just 17 years is almost as hard to comprehend as the circuit existing in the first place.

Built on a disused British Steel quarry site in Corby, Rockingham was conceived as an American-style high-speed oval test track, with a bold plan to attract the US-based CART Champ Car World Series for Indy-style machines. It took ten years of planning before the £70 million venue was built in 23 months. 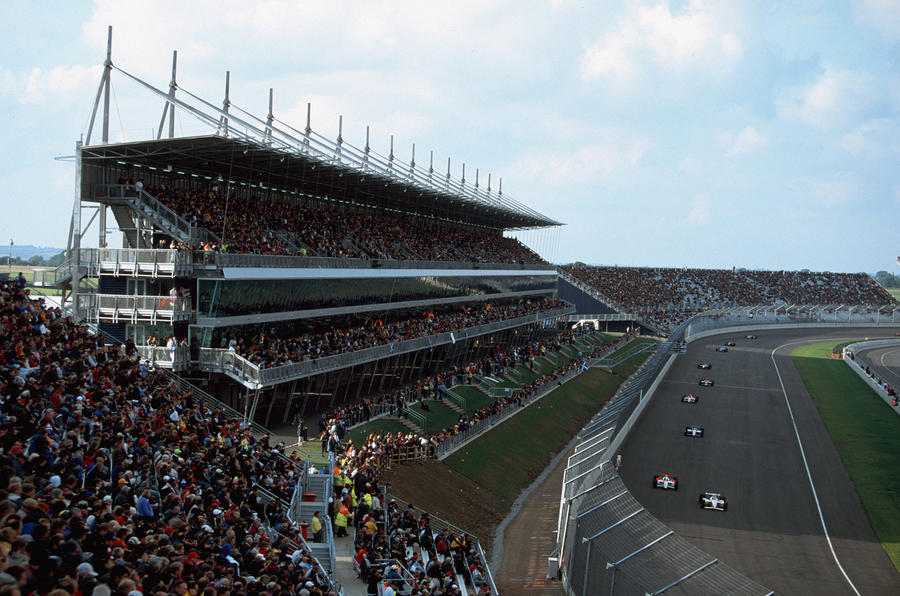 It opened in 2001, with the first CART race held there on 22 September 2001. It was a troubled start: water seeping through the track surface delayed running, and the 500km race was eventually shortened to 300km due to time constraints.

The race itself was largely processional, with the 1.5-mile oval's tight, low-banked turns not conducive to side-by-side racing, although it was enlivened by Gil de Ferran overtaking future McLaren Automotive test driver Kenny Bräck at the final turn to snatch the win (pictured below). The CART World Series returned in 2002, with Brit Dario Franchitti taking victory. 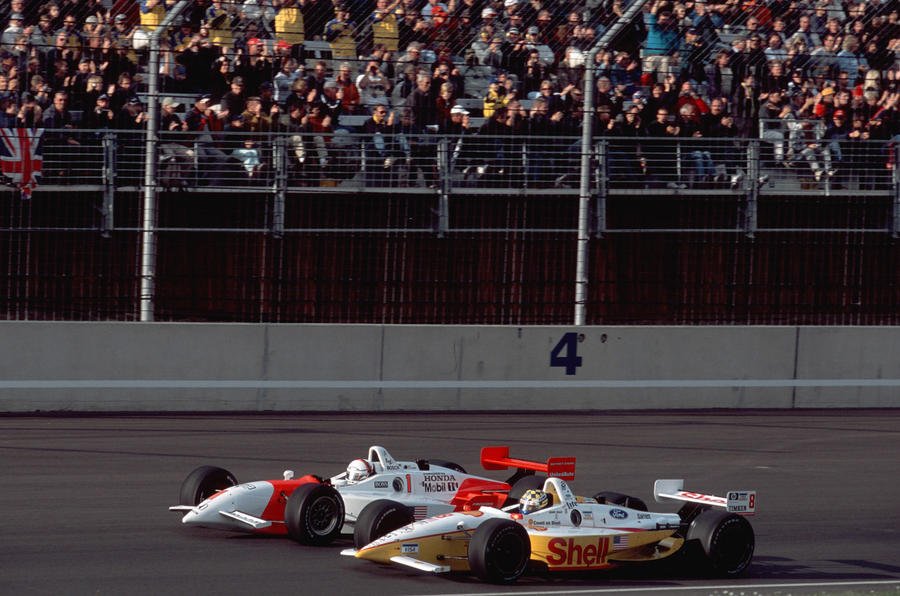 The crowds for both events were decent, but CART was beginning a decline after a long war with the rival IndyCar Series (which had the marquee Indianapolis 500), and selling American single-seater racing to a UK audience proved more difficult than imagined. In 2003, the CART event shifted its UK race to Brands Hatch.

Rockingham tried to grow oval racing with its own stock car series (originally called ASCAR, before bizarrely being rebranded Days of Thunder after the Tom Cruise film), which it ran alongside a series of high-profile concerts. Remember when rapper 50 Cent came to Rockingham? 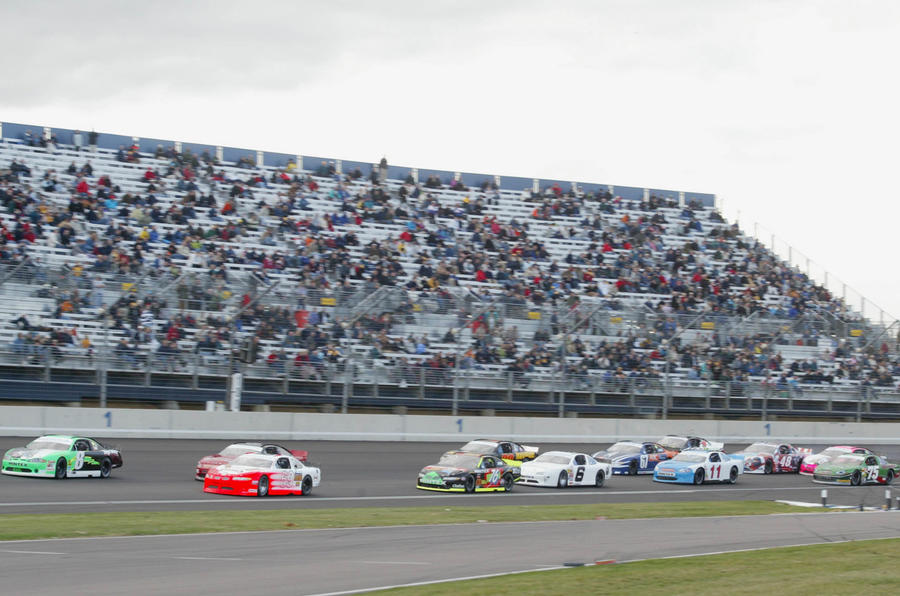 When that stock car series folded after 2007, only a club-level pick-up truck series raced on the oval. Rockingham’s 1.94-mile infield road course continued to host championships, and after a one-off event there in 2003, the BTCC has visited regularly since 2007.

But despite producing some good racing, the circuit doesn’t hold as much appeal for drivers or spectators as other venues. It doesn't, for example, have the history of Silverstone (located just 40 miles away), the flowing challenge of Oulton Park or the elevation changes of Brands Hatch.

That’s perhaps because it lacks in atmosphere: it’s as flat, featureless and glamorous as you’d expect an old British Steel quarry located next to an industrial estate in Corby to be.

To host a crowd of 55,000-plus, the venue has five big grandstands, although two of them haven’t been open since the last CART race. They probably contain seats that have never been sat in. Due to safety concerns related to subsidence, only the main grandstand has been in use this year. Therefore, even with a decent crowd, as at the BTCC last weekend, the venue can look and feel empty. 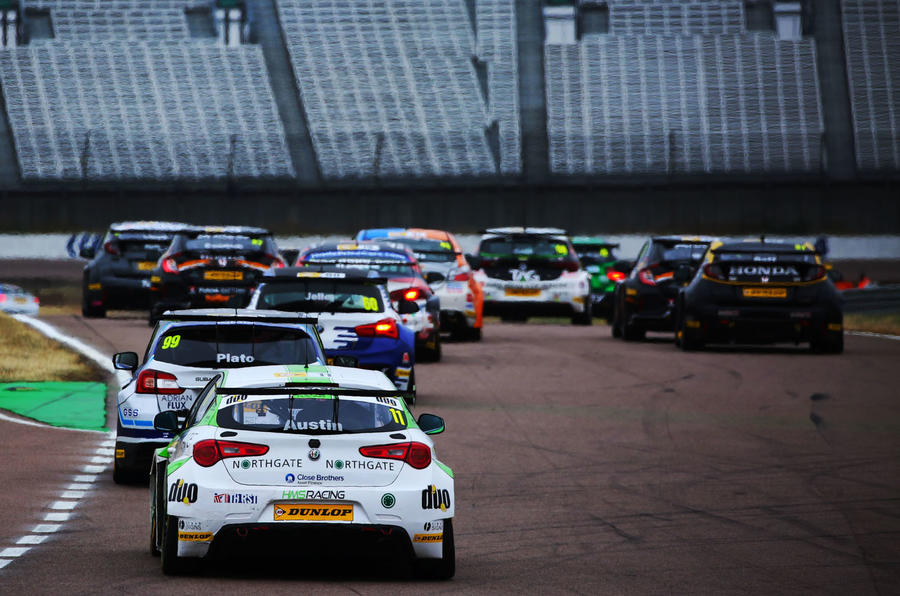 Yet Rockingham also has strong selling points. It’s relatively modern, it's centrally located and it has good access and decent facilities. Plus, fans in the main grandstand can see the entire track from their seats. It's also a decent testing and driving venue, hosting events such as Autocar's Britain's Best Driver's Car contest in 2011.

As a long-time fan of American Indy racing, I attended both CART races at Rockingham. Having seen the circuit’s first major event, by a quirk of fate it seems my BTCC trip last weekend means I could also have unwittingly attended one of its last.

I can recall sitting in the Turn One grandstand back in 2001, taking in the view of the track and finding it surreal that someone had actually built a US-style oval circuit in Britain. It’s even more surreal to think that Rockingham's days as a racing circuit could be over after just 17 years. 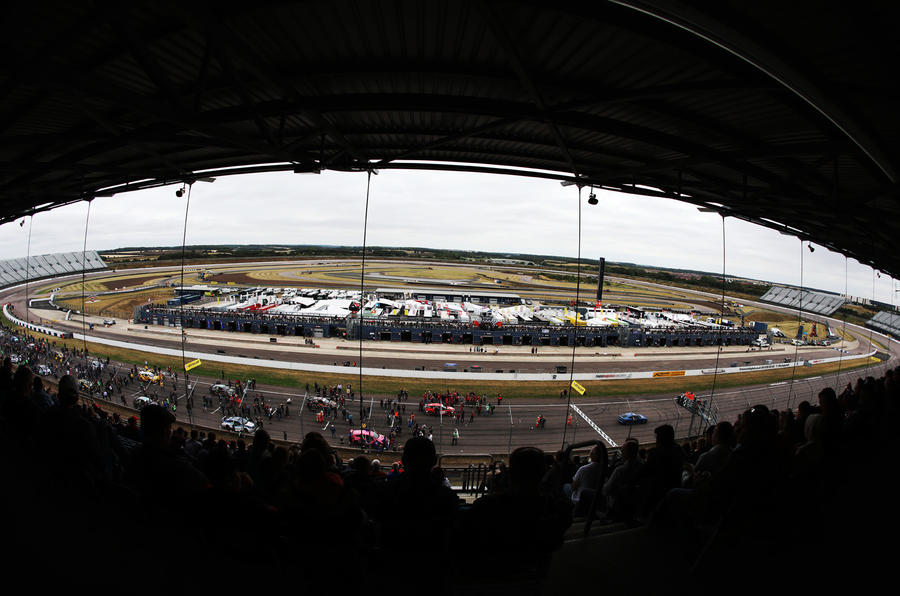 Probably not the last circuit to shut down in England

Unfortunately it seems the way of world these days especially in this over populated country. In the last 30 years MX circuits, especially in the SE, have had to shut owing to small minded idiots complaining all the time (Victor Meldrew types). Anyway hope they're happy with the housing estate that replaced the green fields (he said with sarcasm in mind)

I remember hearing or reading

I remember hearing or reading about mx tracks closing due to nearby home owners complaining of the noise, that really pees me off, nearby house prices probably reflected the effect a race track noise could have, and yet they still chose to move there and then somehow a court finds in their favour and the track closes. Ridiculous, it's the same with people who complain at airports or train stations.

A shame for Rockingham to close, sounds like mis management to some extent what with grandstands being closed for years. The appeal of being able to watch the whole race from the main grandstand, I would have thought, would be a draw for spectators.

Surprised that it stayed open that long, American still racing Cart racing was never going to take off here,and because it was purpose built all concrete Flat-ish it had no atmosphere it couldn’t be adapted for other types of racing because it was an Oval track and I don’t know what other facilities were there, was the a motor museum for instance?, were there Track days? , corporate Days?, no, I think sounds like it just didn’t get developed enough that and the global down turn, less money about finally put the key in the Gate.

It has a whole host of abilities including track days, private testing, even an offroad course. There is no museum.

Sad, but US style oval racing

Sad, but US style oval racing doesn't seem to be able to take off on this side of the Atlantic.