BACK TO ALL NEWS
Currently reading: Ghost tracks: The best airfield-based circuits that never were
UP NEXT
New Aston Martin DBR22 is £1.5m, V12 speedster

Silverstone, Goodwood, Thruxton, Snetterton, Castle Combe… All of these famous tracks were built as wartime airfields. We visit some of the RAF layouts we missed out on
Open gallery
Close

Silverstone, early March 2020. The home of the British Grand Prix is buzzing with activity. Ah, those pre-lockdown halcyon days.

A touring car media day means the track is seeing action, while there’s construction work on a new hotel and a business park expansion next door. The vast, swanky new visitor centre is open. As well as the main business, there are dozens of engineering and motorsport companies outside the gates and hundreds more within a few miles, seeded and grown in the vicinity of one of the world’s most important motorsport hubs.

But what if Silverstone wasn’t one? Let’s take an alternative history tour. 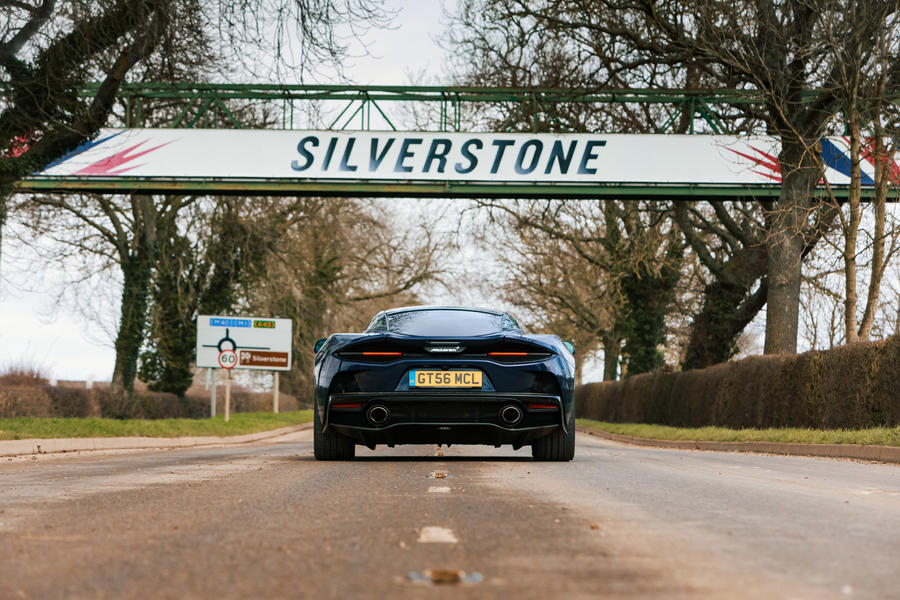 Peter Grimsdale’s entertaining book High Performance tells how, in 1947, the farmer whose land became RAF Silverstone offered to let a motoring club use the airfield’s perimeter roads and runways for some racing, only for an air ministry caretaker to arrive and turf the racers off.

They returned in 1948 and the first British Grand Prix of the modern era was born. But if the landowner had been grumpier in the first place or the racers had been disinclined to follow up their ignominy, who knows where they would have ended up. I’m going on a road trip to find out.

Perhaps it could have been here, just a few miles south, at Finmere Aerodrome, formerly RAF Finmere. Like Silverstone, it was a bomber base with three concrete runways and a large perimeter road. 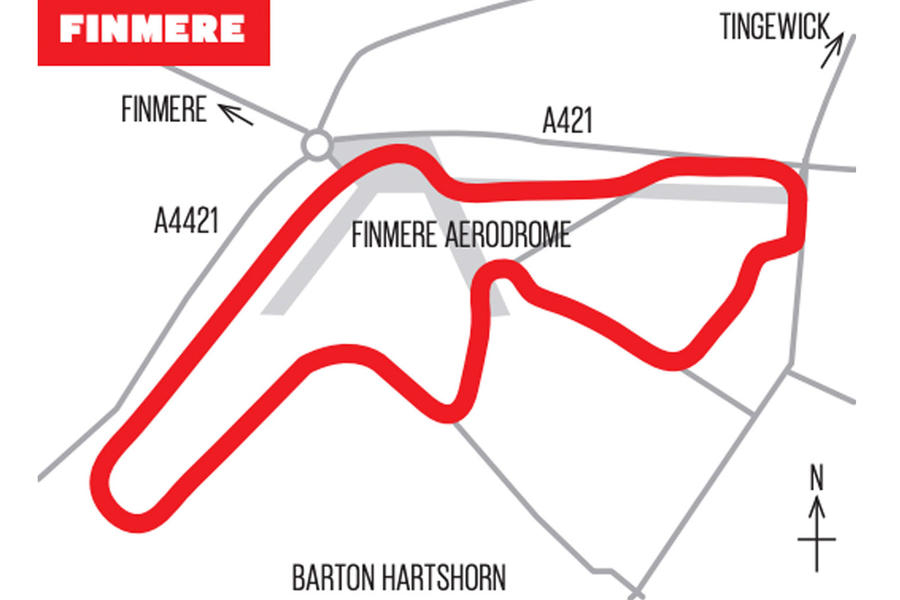 Today, Finmere hosts car boot sales where the three runways all meet. Microlights fly from the opposite end of one and I’m standing at the far end of another, on a quiet bridleway away from the activity.

It’s the first stop on this tour: a trip to various former airfields to ponder what could have been. I’ve chosen a McLaren GT for the drive partly because, being sold as a grand tourer, it too feels like it has been morphed into something it wasn’t originally. Its two-seat carbonfibre tub and mid-mounted flat-crank V8 don’t scream grand tourer, but it’s the most comfortable and spacious modern McLaren, a luxurious coupé with a distinctly sporting edge. Not a track car, but a fine way to visit tracks. 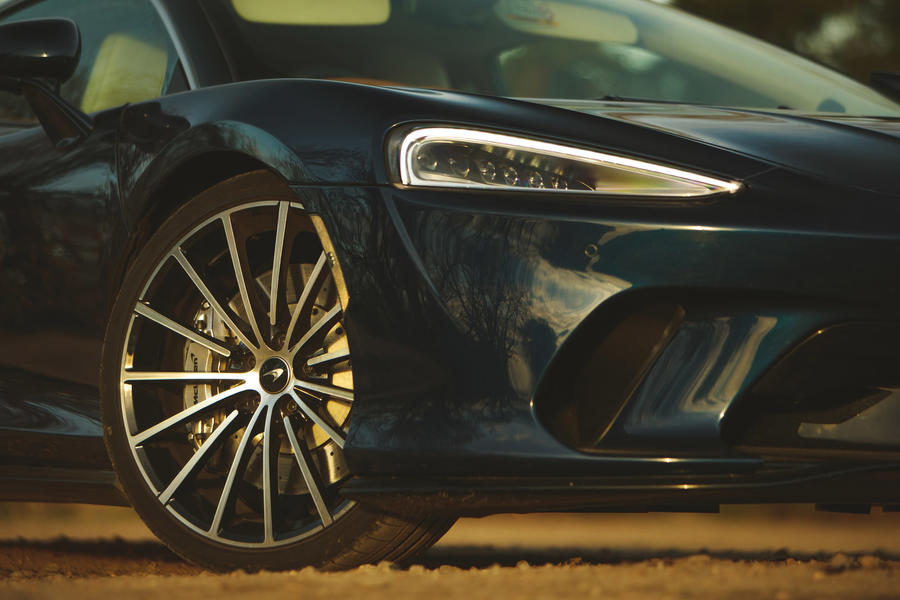 Some of the airfields on my agenda have previously held races. Others, my research suggests, have never had a wheel turned on them in anger.

I thought Finmere, barring the occasional autotest and targa rally, was one of the latter, but it too had a circuit of a kind, being home in the early 1960s to a racing school, Motor Racing Stables. Later moving to Brands Hatch, MRS is thought to be the first organisation to put a 1.5-litre Cortina engine in a single-seater to create what became Formula Ford.

None of this is obvious as I park the McLaren opposite the bridleway and stroll onto the broken concrete on the disused part of the expansive airfield, but it doesn’t take too much imagination to think of the perimeter road as a sweeping fast corner.

Perhaps that’s because of the number of tracks that morphed from just such beginnings. The Air Ministry origins of MotorSport Vision’s flagship site are still clearly visible, even though Bedford Autodrome has been operating from the former RAF Thurleigh for two decades now. The USAAF flew heavy bombers from here, and you can see much of the original concrete around today’s tracks. 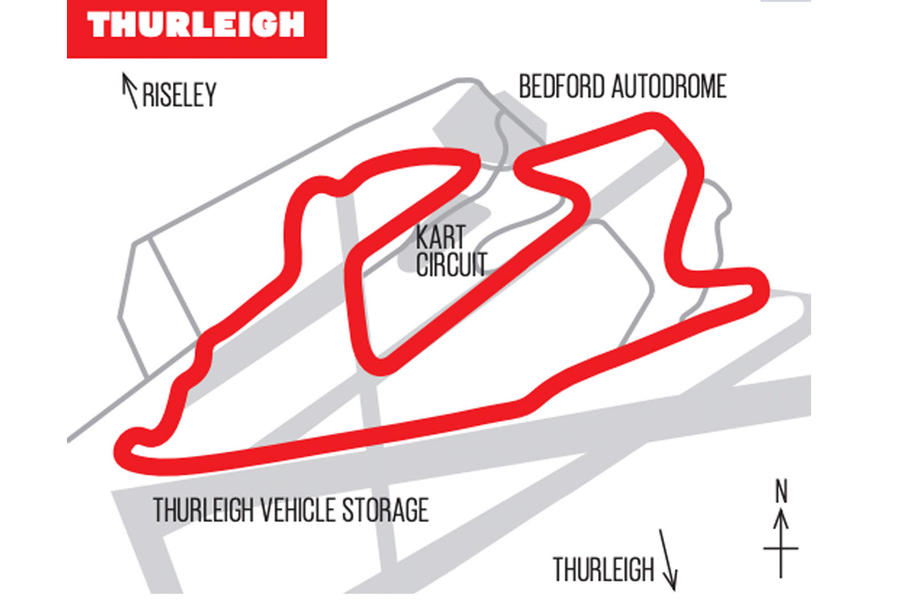 There’s no accredited racing at Bedford Autodrome; there aren’t spectator areas and, instead of Armco, there’s nothing to hit for the track-day and corporate guests who drive here. However, it’s still obvious that MSV’s founder, Jonathan Palmer, understands what makes a great facility and business. When we arrive, his team is using a quiet day to paint kerbs and refresh equipment at the spotless facility. Palmer’s locations are the best-presented circuits I’ve been to.

MSV also understands what makes a great track. Bedford’s circuits can be divided seven different ways (four of which can be used simultaneously), but its biggest layout, the 3.8-mile GT Circuit, uses a mix of old perimeter road and runway on what was a vast site to give cars as good a workout as any airfield-based track in the country. 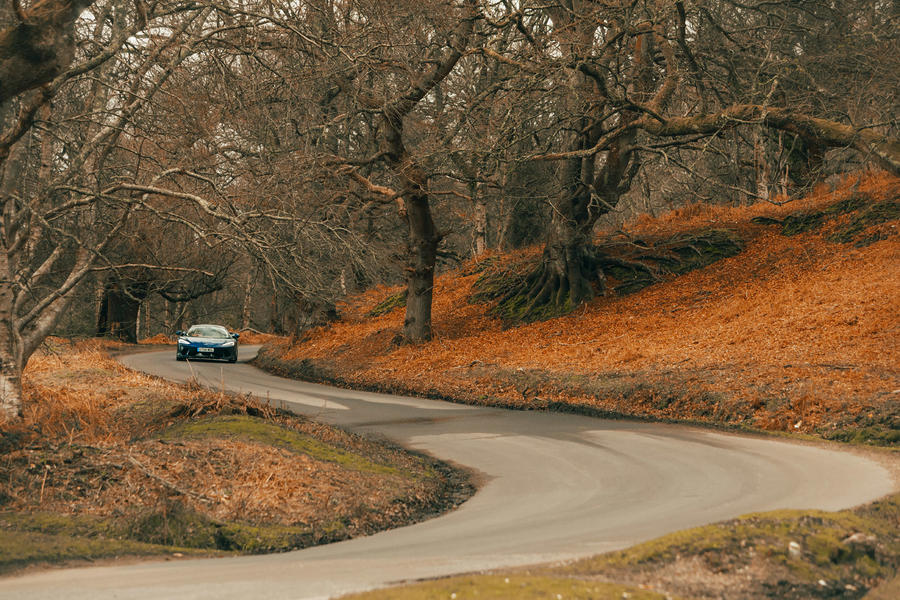 The journey east from Thurleigh gets more interesting for the McLaren as I head towards Cambridgeshire and the roads become twistier. The GT makes more road noise than a traditional grand tourer, like the Bentley Continental GT, and probably even the Aston Martin DB11. But there’s loads to love about its steering and ride composure, so it’s thoroughly enjoyable on the B-roads approaching my next stop.

It makes me wonder if accessibility was as big a factor as anything else in what defined the success of a track, although little stopped vast crowds in June 1946 heading along small, winding roads to Gransden Lodge, about 10 miles west of Cambridge.

“With Brooklands and Donington Park still out of action, this will be the only motor race to be held in England this year,” says the British Pathé newsreel commentary covering what was Britain’s first post-war race meeting. But there’s little evidence of anything good enough to make a track as I crawl around the concrete perimeter road. 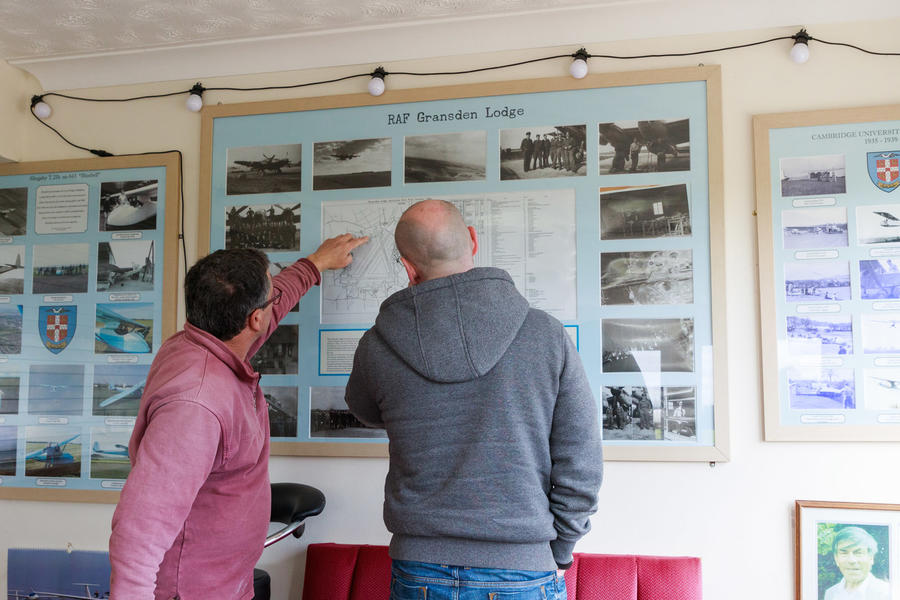 The lovely people at Cambridge Gliding Club, this very day coming to terms with the news that gliding must be suspended owing to the pandemic (that you’re effectively spooning in a two-seat glider is the antithesis of social distancing), are happy to enlighten me.

Gransden’s 2.11-mile circuit used two of the three runways and a bit of the perimeter road, running straight past what is now the clubhouse and the club’s main hangar. In 1946, the perimeter road was wider and the concrete from the runways hadn’t yet been dug out for use as hardcore. By the time I’ve asked if I can take a picture outside, the lads have kindly wheeled out a glider to sit alongside the McLaren. I find a warmth everywhere this car goes (and not just because the rear luggage bay gets hot). 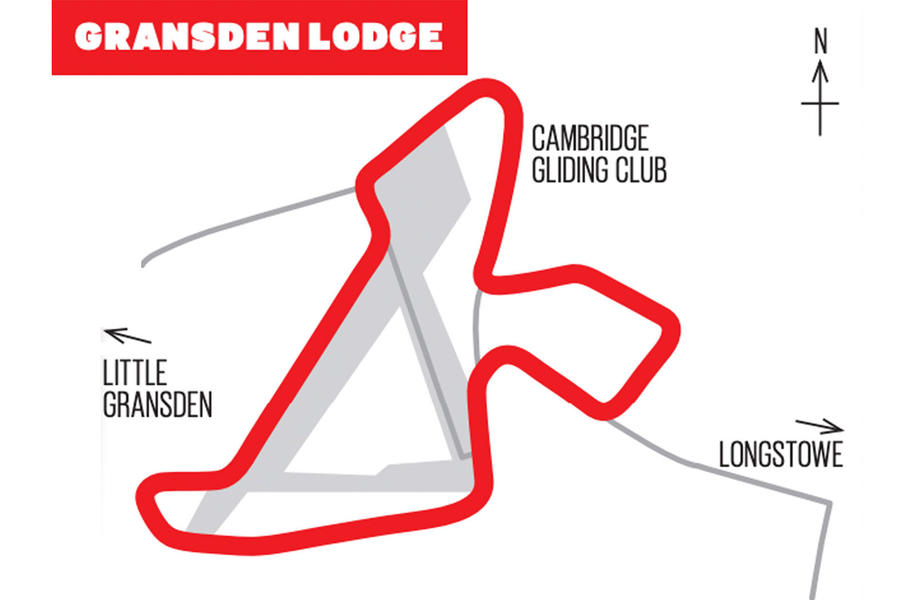 Maybe it’s the prospect of the incoming coronavirus and a new sense of togetherness and community, but I also wonder whether it would really be the same if I turned up unannounced at places like this in a Ferrari or Lamborghini.

I get the same reaction at the last stop of day one, at the end of a rutted track in Norfolk (and if you’re wondering why these locations are all in the South, it’s because I can’t stay anywhere overnight, so perhaps a Northern version of this feature will have to wait).

Today serious agriculture has taken over Fersfield, which hosted race meetings in 1951, but its concrete was already in poor condition even then. After three meetings, including Archie Scott Brown’s race debut, Eastern Counties Motor Club members took to Snetterton instead – where they didn’t have to spend the week preceding an event preparing the surface.

Unsurprisingly, Fersfield is even worse now, albeit very pretty in the evening sunlight. The perimeter road, now used for farm access, is patchy at best, but an aerial view shows that, if just that had been used, this would be one of the country’s fastest circuits.

Next morning I’m southbound again, with the McLaren my inviting, easy companion, diving deep into the New Forest. 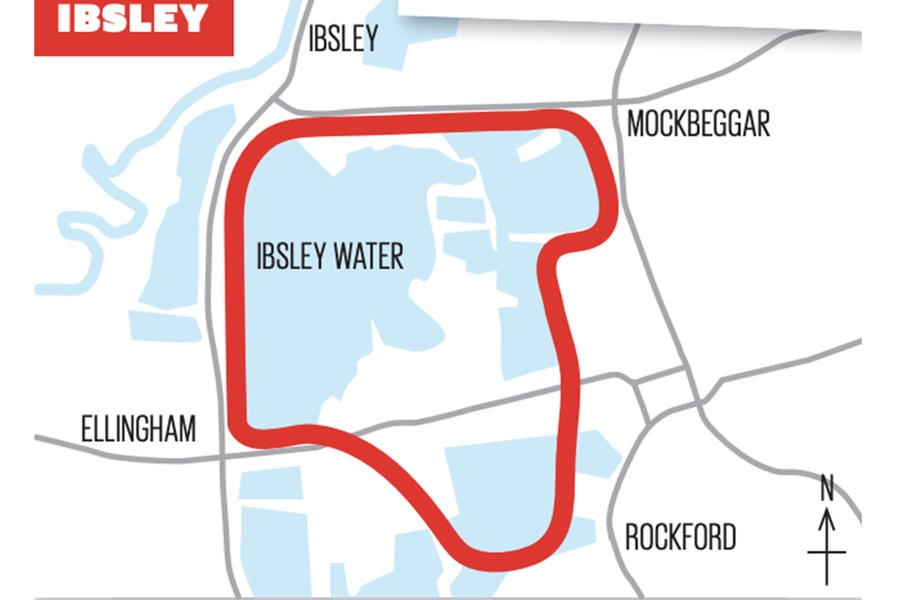 Even with an overhead view, it’s harder to spot where the circuit at Ibsley once stood. This too was an American base during the war. It held races from 1951-55 before becoming a quarry and then, once depleted, the nature reserve it remains. The old control tower, in ruins, still exists but is on private land, and it’s impossible to make out what was an interestingly shaped perimeter road, not unlike Goodwood in shape.

But given there are New Forest ponies on some of the adjacent roads and that circuit noise upset the local church so much that there was no racing on Sundays, even I’m prepared to admit this isn’t the right place for a race track. 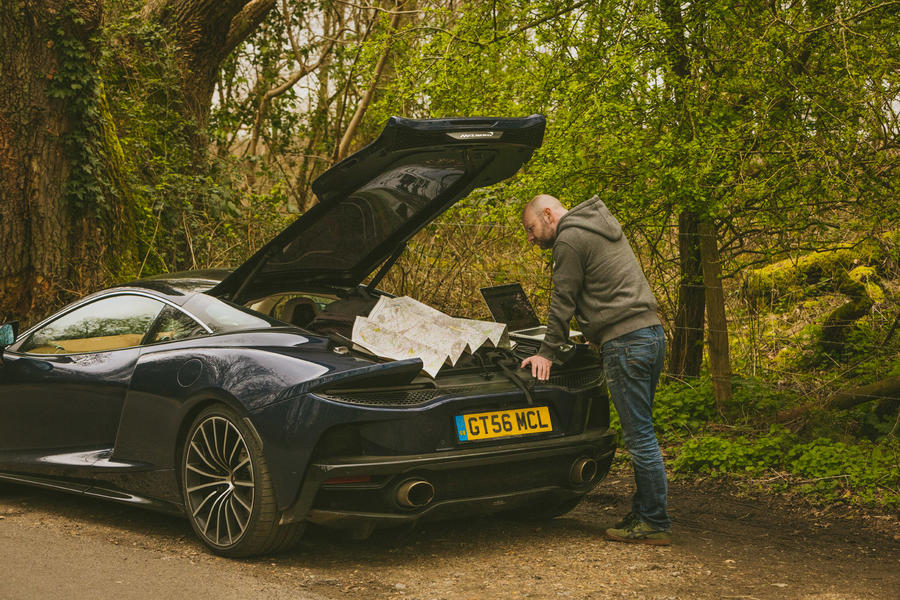 So I move on to two places adjacent to the other. Blandford Camp, in Dorset, held races – mostly for motorbikes – between 1948 and 1960 and in its early years earned a fearsome reputation for both speed and danger. There’s an old airfield up there and parts of the track exist, but today it has been consumed by expansion of the camp, home to the Royal Signals, and there’s certainly no chance of us seeing any of it today, says the very polite but entirely firm (and reasonable) soldier at the gate. I head instead, then, to what was once RAF Tarrant Rushton, just a couple of miles away, for no other reason that on the map it looked like it would make a great track. 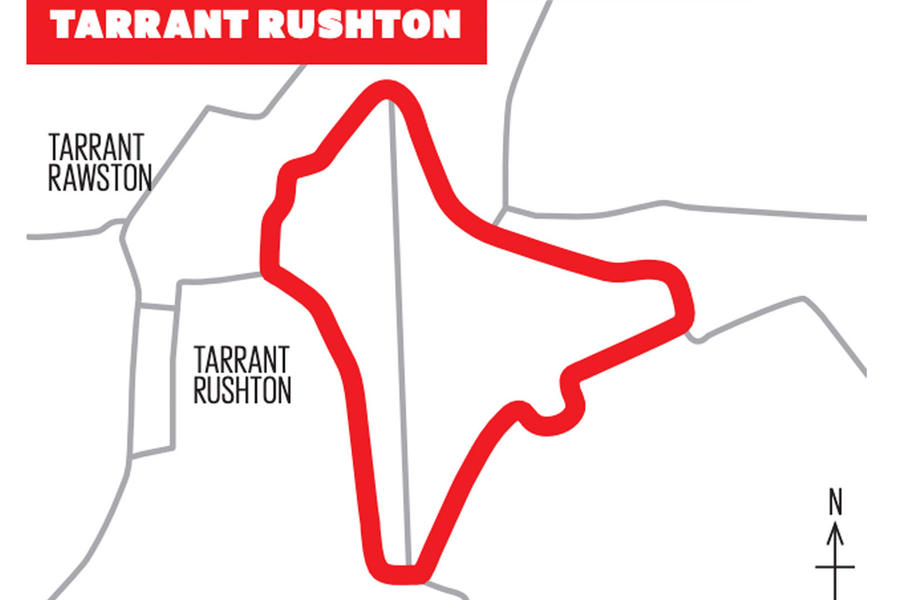 The local farmer is the first person I’ve met in two days who knows that this isn’t just a McLaren of some kind but the Woking company’s new GT.

On his high ground at Tarrant Rushton, at least two big hangars still exist and the concrete is in good condition. There’s even an interesting gradient. Maybe racers could have come here instead. 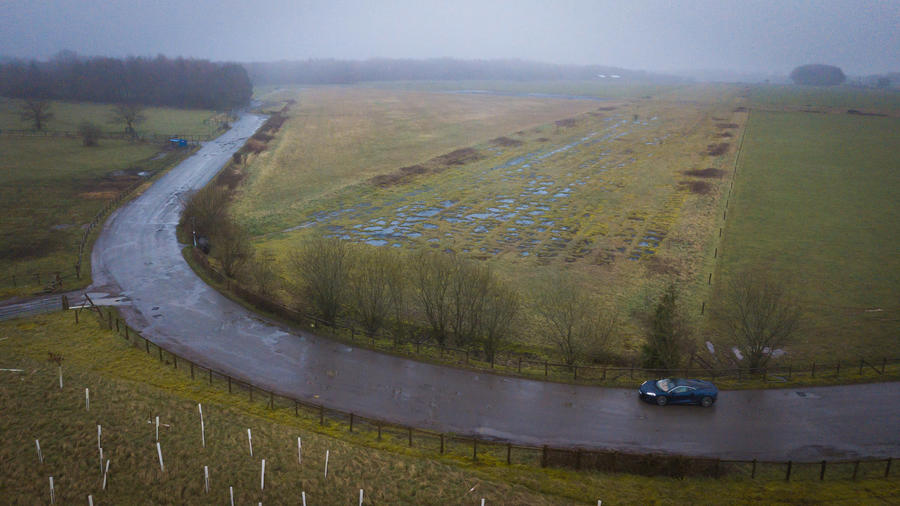 And then it’s onwards to my last stop. Chedworth is a pretty village in the Cotswolds that has a former RAF base and absolutely-not-a-circuit just outside it. Standing on the public road that was its perimeter track, thinking what a decent corner it would make, is where I had the idea for this feature in the first place.

So I have a couple of runs through the turn for the camera, imagining giving the McLaren a workout while actually pootling in second. In my head, this is the Chedworth Grand Prix. Daft, admittedly. But, you know, it’s all I’ve got at the minute. 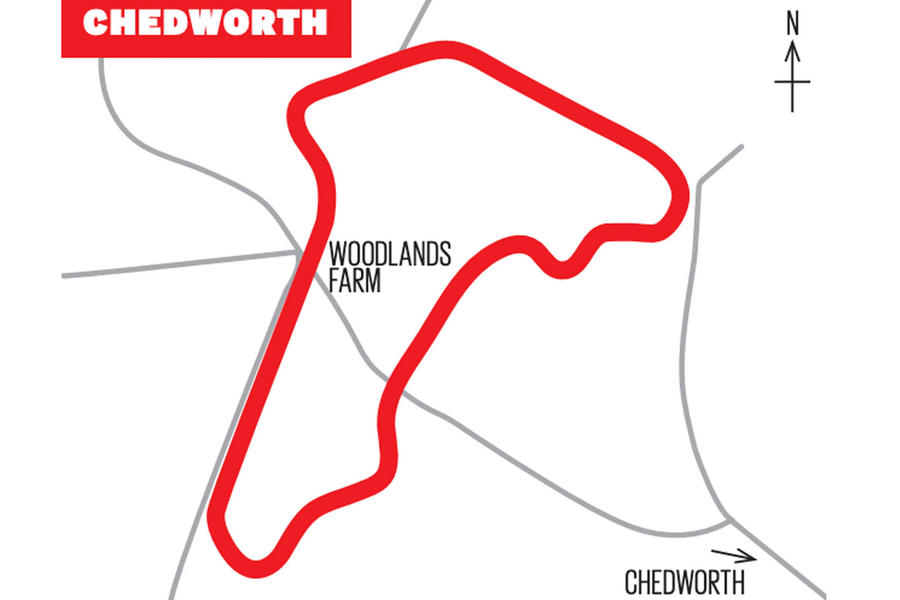 How long, how wide, how cold

Class A airfields, such as RAF Silverstone that were fit for bombers rather than fighters, were so called because their design called for three converging concrete runways that if ideally placed (the location didn’t always allow it) would look like an A. One of the 150-feet-wide runways had to be at least 2000 yards long (the main strip), the others at least 1400 yards long (secondary strips). There were maximum gradients and hardstanding around the perimeter – so today’s airfield race tracks are uniformly freezing cold.

Here, there and everywhere

There are loads more old airfields that we could have visited, some of them with racing history, some without. Even just on this route, there were ones we missed out. RAF Bicester, a few miles south of Finmere, is now Bicester Heritage and has a small circuit of sorts, which is due to get bigger as the multifaceted business expands. Between Dorset and Gloucestershire, you pass both RAF Hullavington and Kemble Airfield. And in the Cotswolds, RAF Long Newnton has a killer perimeter road. 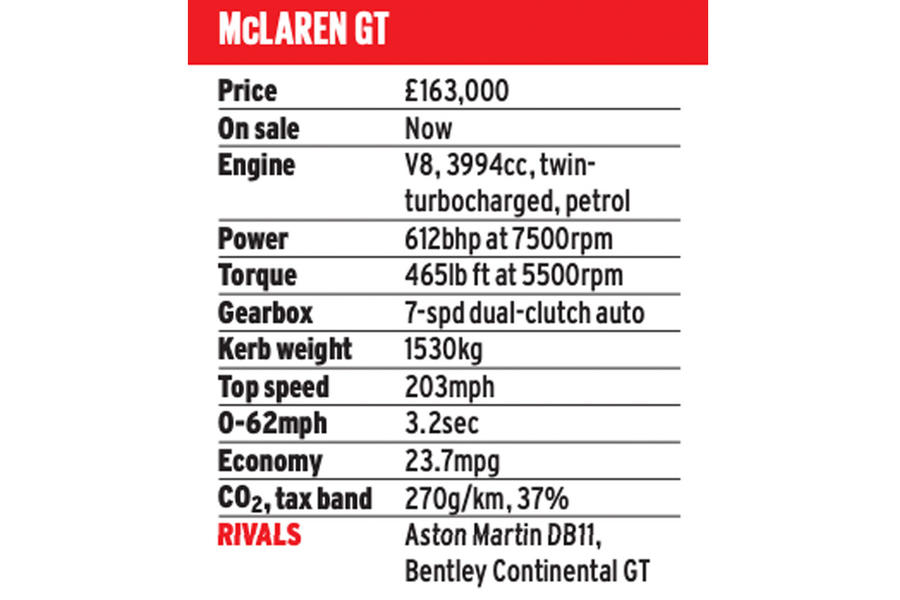 When plans were being put in place for SIlverstone there was an identical airfield that was also reviewed; RAF Snitterfield.  This is now a gliding club.

I used to ride round that self-same corner on my Honda C50 some 48 years ago, and dream of track days to come.  There was a lot less grass on the runway then, though.

RAF Boreham just north of Chelmsford was used for motor-racing and the became a test facility for Ford.