BACK TO ALL NEWS
Currently reading: Matt Saunders' car of the decade: Mercedes-Benz C-Class
UP NEXT
Future BMW M3 to be ‘groundbreaking’ EV with traditional feel

Next year will bring us an all-new, fifth-generation Mercedes C-Class; and we already know what a different prospect that car will be to the one it’s replacing. There will be no multi-cylinder engines this time, we hear (not even in AMG versions), as part of a bid to make the world’s biggest-selling Mercedes models do their bit to drive down the brand’s corporate carbon emissions. Sounds ominous to me.

I wonder, in fact, how long it’ll be until we have another C-Class that represents such a titanic leap forwards for its maker as the ‘W205’ did; or that stands as such a potent symbol of success for a firm riding the crest of a Zetsche-era wave that propelled it beyond both Audi and BMW to become the world’s biggest-selling luxury car brand.

The outgoing C-Class was a crowning achievement for its maker. When it appeared in 2014, it did what none of its forebears quite managed by so successfully miniaturizing the lavish ‘big Benz’ luxury character of its larger sibling saloons. It had big-saloon perceived quality, super-sophisticated onboard technology and greatly improved cabin space. 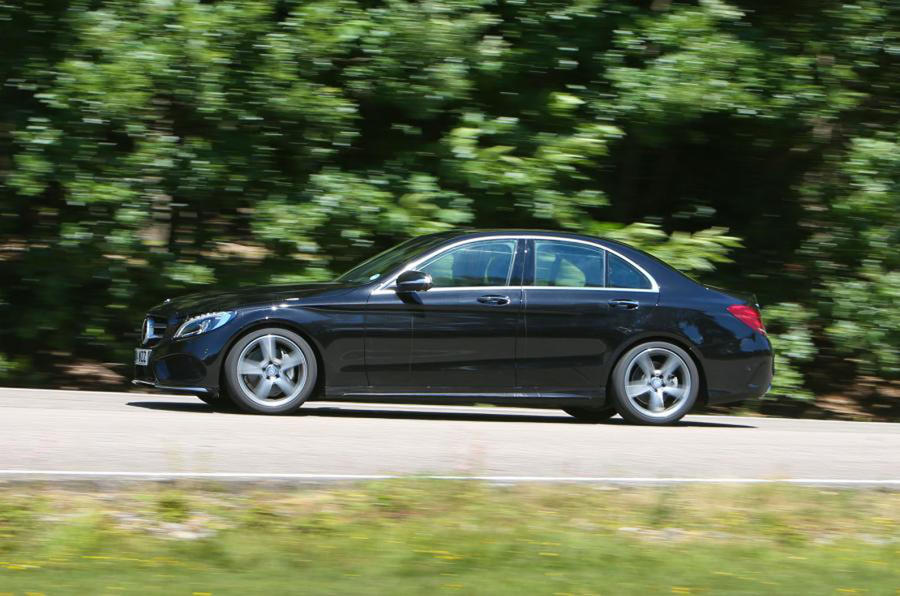 To drive, it felt more comfortable and self-possessed as a refined, relaxed, mature choice in a saloon niche where its rivals squabbled over pre-eminent claims to ‘sportiness’. It looked great, too: every inch the boil-washed Mercedes-Benz S-Class limo. When we sent out a BMW 3-Series to the European press launch on the Cote d’Azure, I wrote up the comparison – and it was one of the toughest verdicts I’ve written. At the time, as I remember, the Merc’s slightly agricultural 2.1-litre four-pot diesel gave the BMW’s better 2.0-litre just enough momentum to secure the win; but then that old engine was replaced as part of a mid-life facelift.

And, boy, did it ever sell. Helped by local production and popularity in the increasingly important Chinese market, the W205 was Mercedes’ biggest-selling model year after year. Even last year, with a brand-new Mercedes-Benz A-Class hatchback and countless newer SUVs for company, it continued to account for every fifth three-pointed star sold anywhere in the world.

Very few car-makers can claim they’ve had a more successful decade than Mercedes, it strikes me – and that success story has been fuelled pretty squarely by a car whose qualities probably aren’t praised roundly or highly enough.

Panned by more than one magazine for the noisy engine that jarred with the idea of a luxury maker. I have read Mercs dont start till the E type, which have everything you expect of such a brand. Below are things like the C, with a Merc interior grafted to mechanicals that should never wear the 3 pointed star.

Yes to the E

Panned by more than one magazine for the noisy engine that jarred with the idea of a luxury maker. I have read Mercs dont start till the E type, which have everything you expect of such a brand. Below are things like the C, with a Merc interior grafted to mechanicals that should never wear the 3 pointed star.

I would tend to agree. I grew up around the W123 and W124. They are not overly exciting to drive but the more you drive them the more you admire and respect them. And these things are so well-built. I don't have any experience with the latest W213 but I did have some with the previous E class the W212 and it was comfortable refined and really solidly built. Felt like a REAL MERCEDES.

I was expecting some sort of supercar with flames, maybe an Aerial Nomad, a Lamborghini sesto elemento or even something electric and futuristic. Not a , admittedly good , repmobile. You let me down Matt

Don't get me wrong. I bought the car so obviously I must have liked it. It drove really well but fell apart very quickly. I know car testers have different priorities and focus on performance and chassis dynamics but if you had to live with my W205 for a year you won't be a fan anymore. Do car testers even pay attention to things like build quality, fit and finish and whether things rattle or squeak or bit and pieces of trim falling apart?

I had a 17 plate C220 diesel from 2017, brand new, to late 2018, when a company car arrived. Build and relatability was almost faultless, however it did have a rattle coming from the storage compartment in the dashboard centre console covered by the 'flap' (which the dealer fixed by padding out the components), and the windscreen wipers took about 10000 miles to bed in before they didnt drag heavily on the screen (i had them replaced at 2000 miles and nothing changed)

What my C class had was wonderful refinement, speed, comfort, imperious safety, and that sleek, attractive shape that i would always look back on when walking away from it.