BACK TO ALL NEWS
Currently reading: Richard Bremner's car of the decade: Tesla Model S
UP NEXT
Tesla to expand select UK Superchargers to other electric vehicles

We asked leading Autocar writers to pick a favourite car of the last 10 years. Bremner is seduced by the industry-shifting EV
Open gallery
Close

This is the car that proved it possible for five to travel a long way in an electric car and not run out of juice. It made electric cars desirable in a way that they hadn’t been before, it made them fast – ludicrously so – made them fun. And the not always politic activities of its energetic boss added colour to an entirely new kind of ride.

There have been plenty of bumps in the road for Tesla and some for owners of the Model S, especially the early adopters. But when you consider that the Tesla brand did not exist before 2003, that it is now heading for its millionth sale, that it is known across most of the world and that it has, for the most part, an excellent reputation, its achievement is astonishing. True, the company has yet to show a yearly profit – it recently surprised analysts with a quarterly profit – but it will probably get there, despite the shattering glass of its bizarre new Cybertruck. 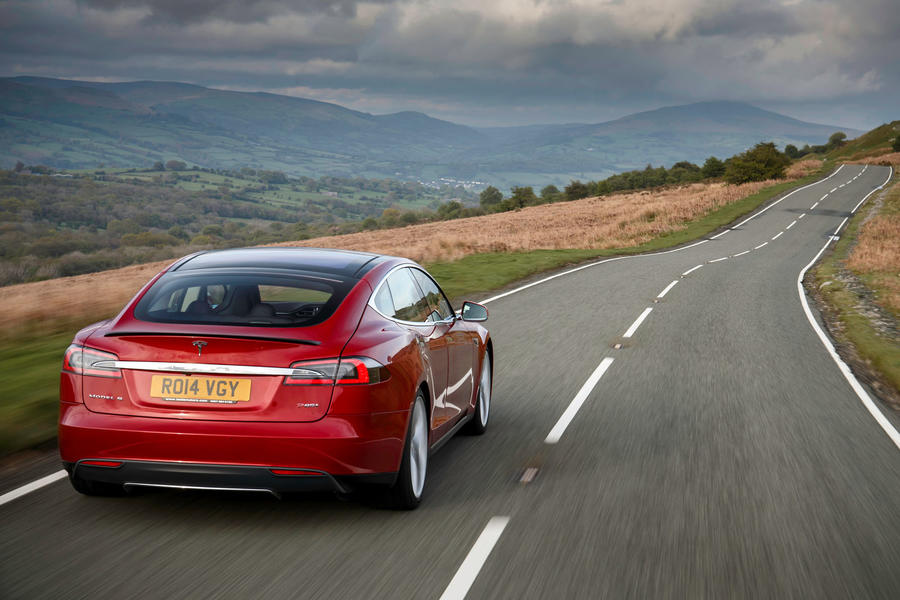 The Model S is astonishing too. First for its range, which, when Autocar tested the now-obsolete 85D, was good for 220-250 miles - three times what the contemporary Nissan Leaf could achieve. It could dispatch 60mph in 4.7sec and, still more impressively, bound from 50-70mph in a heartbeat. The Model S has evolved considerably since then to offer more performance, a longer range and greater efficiency. Of course, it’s not a cheap car, being aimed straight at luxury models like the Mercedes S Class, but it’s about more than just range and performance. It can be had with one motor or two, two-wheel drive or four and the super-low location of its battery pack affords it the same centre of gravity as a Lotus Elise. So grip is plentiful, even if fails to serve the nuanced tactility of its European rivals. But its does deliver spa-like calm.

The most calming factor in the Tesla offer is not the quietness of its drivetrain, however, but the fact that the company had the foresight to install an exclusive network of fastchargers to support its car, not merely in its native US but around the world. There are now over 14,000 of them. These, and an above-average range, remove most of the usual EV anxieties.

The Model S isn’t electric perfection. But it transformed the EV market, transformed luxury cars and even transformed the dashboard with its tablet presentation. And it has shown the way for the rest of the industry. Not bad for a start-up.

And Another Worthy Contender!

Maybe there should be an Autocar COTD 'showdown' from the shortlist presented by each correspondent to determine the COTD?

Finally someone with some

Finally someone with some sense ;)
View all comments (8)