BACK TO ALL NEWS
Currently reading: Insight: 11 Volkswagen saloons you've never heard of
UP NEXT
2025 Volkswagen ID 1 is Spanish-built, £17,000 entry EV

Volkswagen sells 11 different saloons in China. That takes some getting around, but we tried our best last year with this rundown.

Yet even so, the near dozen saloons in VW’s official handout pics all look broadly similar, with even greater overlap on the spec sheets. How many cars can you sell with a 2.6-something-metre wheelbase?

Plenty, it seems. For six of the 11 VWs are in China’s top 10 best-selling saloons so far this year. 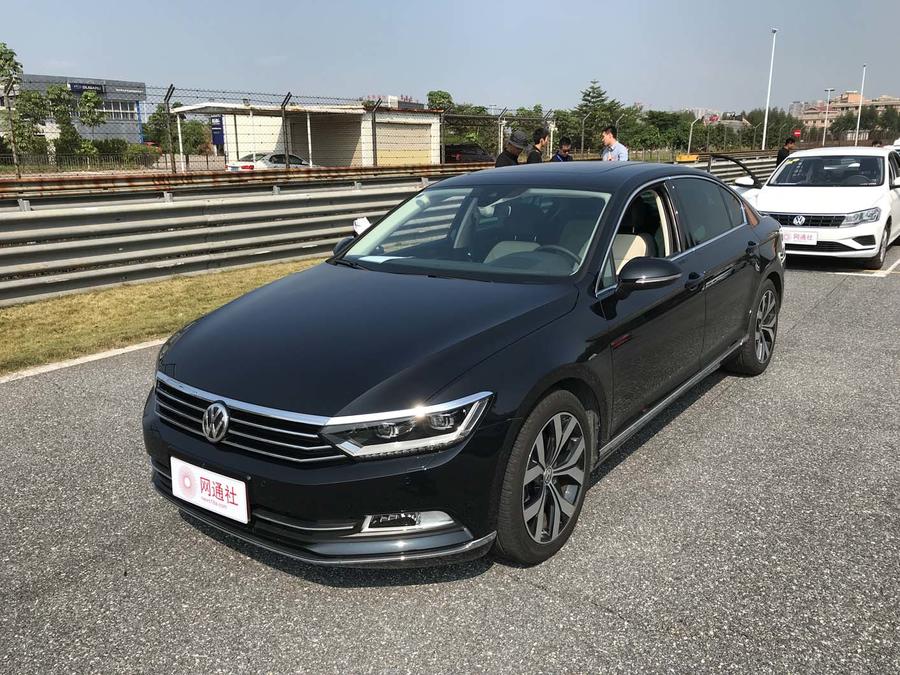 China’s new car market might be wobbling, with VW itself losing ground in the past few months, yet its sales so far in 2018 in China are just over 2.5 million cars to the end of October, up 0.4% year-on-year and only a handful fewer than every car maker put together in Britain in 2017.

And those six – Volkswagen Jetta, Magotan, Bora, Sagitar, Lavida and Santana – are all cars we’ve driven back to back today, to try and work out why so many are sold, and just what those differences are. (For the sake of completion, the other four in the top 10 are the Toyota Corolla, Geely Emgrand, Buick Excelle and Nissan Sylphy, and we drove them too, but more on that another time).

See the six of them in the metal next to each other, and they still all look broadly similar. But to drive? This is where the differences at last creep in, the greatest influence of all being the origin of the underpinnings. 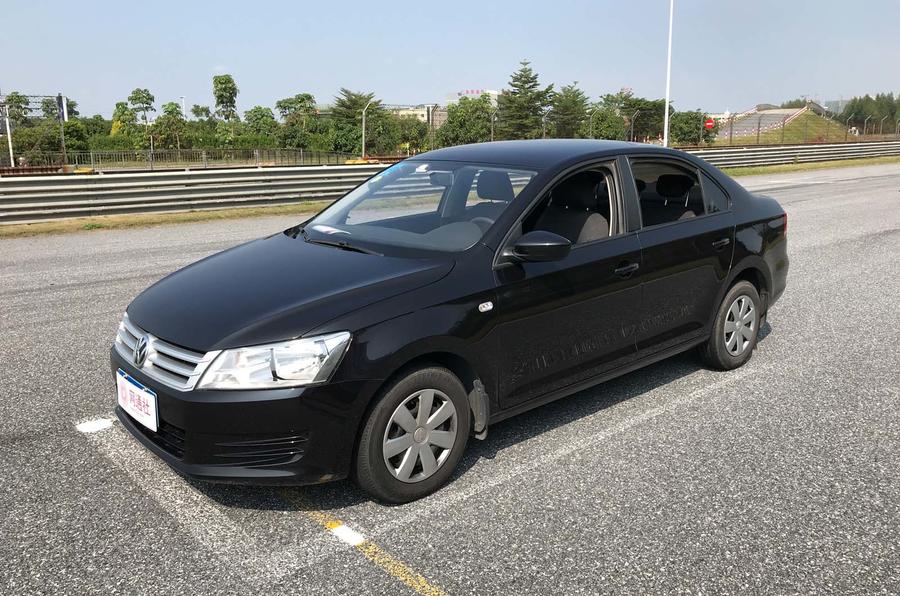 Smallest is the Santana, which also happens to be the worst to drive. It’s based on a development (read: budget) of the VW Group’s old PQ25 platform, and is largely similar to the Skoda Rapid and Seat Toledo sold in Europe. Hardly a good start, and the recipe is further flavoured with the appealing combination of a slow-witted automatic gearbox, coarse engine, and dead brake pedal, while your hands are in contact with a steering wheel from a late 1990s Skoda Fabia.

Yet it’s cheap, and popular – often VW’s second-biggest selling saloon in any given month. For that position, one of the others it vies with is the Jetta. A name known well in Europe, the Jetta can also trace its underpinnings to the PQ25 platform, and is only marginally more tolerable to drive. 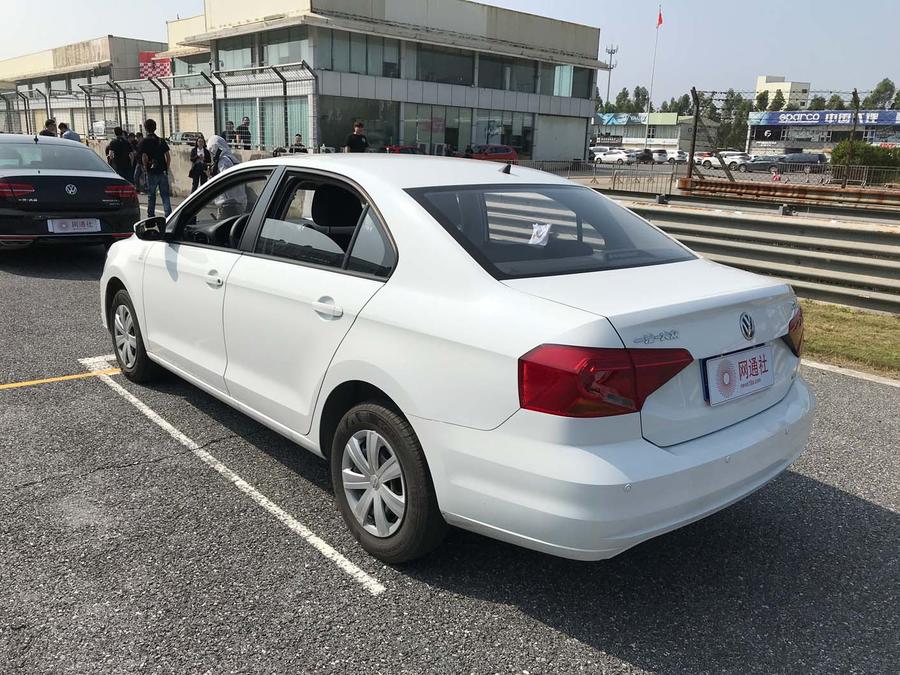 Why two cars so similar, then? That’s where the complexity of the VW range begins to unravel and become clearer, for VW actually sells models under two different joint venture companies in China: FAW-VW and SAIC-VW.

Each is roughly the same size, selling in different parts of the country and thus not competing. Each often gets its own similarly-sized car, with a different badge, look (well, just about) and chassis tuning.

Things get better when you move up the range. The pound-for-pound pick of the range is the VW Bora, which also happens to have the more modern MQB underpinnings. Sold by FAW-VW, the Bora is a particularly sweet thing with the 1.4-lite turbocharged TSI engine and seven-speed DSG. 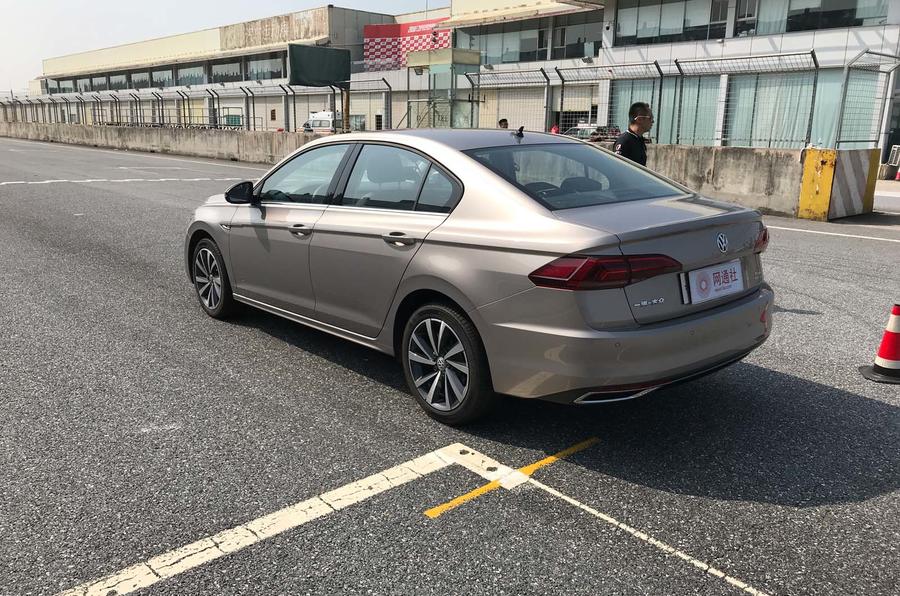 The Bora, like all other VW saloons, is outsold though by the SAIC-VW Lavida, which is good but not quite as well resolved as the Bora. It’s these two MQB-based models that feel the real meat of the range and the best combination of driving dynamics, interior price, and value, prices starting at around £11,000.

Things get pricier, and better from here. The Sagitar is based on the Jetta that’s just gone out of production for Europe. Is it £7000 better though than the Bora? Not for my money. Nor is the priciest Magotan, which is essentially a rebadged Volkswagen Passat (the new Passat; the old one is still on sale in China as the Passat. Of course it is). 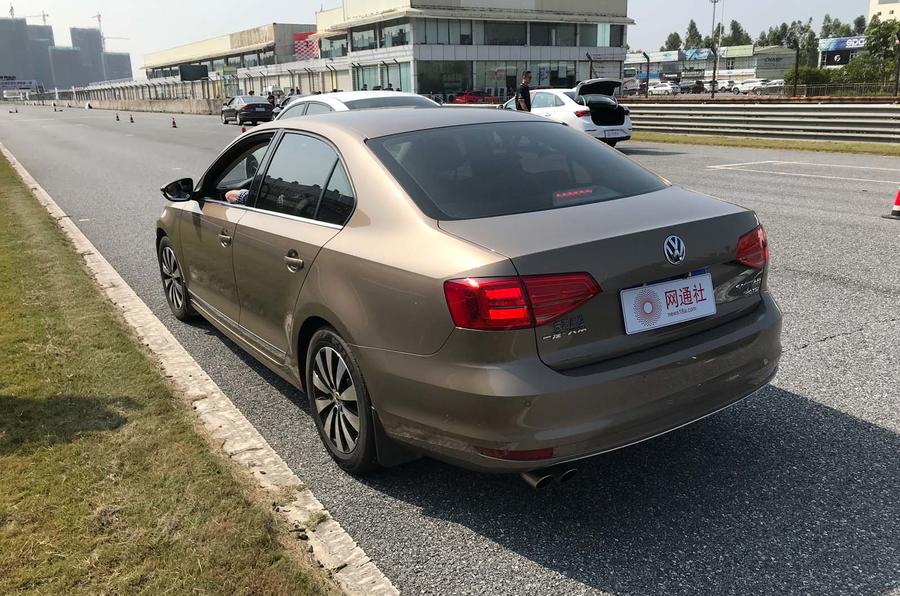 Yet by this point we’re comparing apples with pears, and the cars are more like as we know them.

The bizarre world of the Chinese VW saloon, then. If you’ve got your head around that, you’ve a headstart on VW’s plans to increase its SUV range in China from three to a dozen models by 2020…

Would be at least as capable, at least as practical (think children's bicycles or other bulky items), not more difficult to park, similarly economical, and in most people's eyes, better looking and more desirable.

Unless you are firmly convinced that the tree-box saloon shape is inherently classier, easier on the eye and more desirable than something with a longer roof and a hatch, which is a view shared by many. Most of them, however, reside outside of Western Europe.

Why criticise the old Jetta?

It seems that Autocar has a down on the Jetta (aka booted Golf), and yet this customer was highly satisfied with his! Now, I am not a newcomer to cars and the tech around them -far too old for that- and that is one the reasons I find the Autocar's attitude puzzling.

A 205GTi it is not, by a long chalk, but loaded with holiday clobber in its vast boot, it gobbles motorway kms in a totally unflustered fashion. Unloaded, it is a perfectly adequate transport around Southern Europe roads, a tad awkward to park because of its length. Two up or alone, and after a little play with the tyre pressures, is quite agile and responsive (you must ignore 5th completely and 4th most of the time) on empty roads.

Its presence reminds you of Aunt Alice but let me tell you: she can pull up her skirt and give you a some fun...you only need ask the right questions!

Interesting - but I understood that that the only major market for the VW Phaeton was China.  However, it isn't even mentioned.  Is it still sold there ?