Toyota has revealed a saloon variant of its new Corolla at the Guangzhou motor show in China.

The Corolla Saloon will arrive in the UK in early 2019, sitting alongside the already-revealed hatchback and Touring Sports estate models.

A Toyota spokesperson suggested that, based on recent market trends in the UK, the hatchback will likely be the most popular of the three bodystyles, followed by the estate. 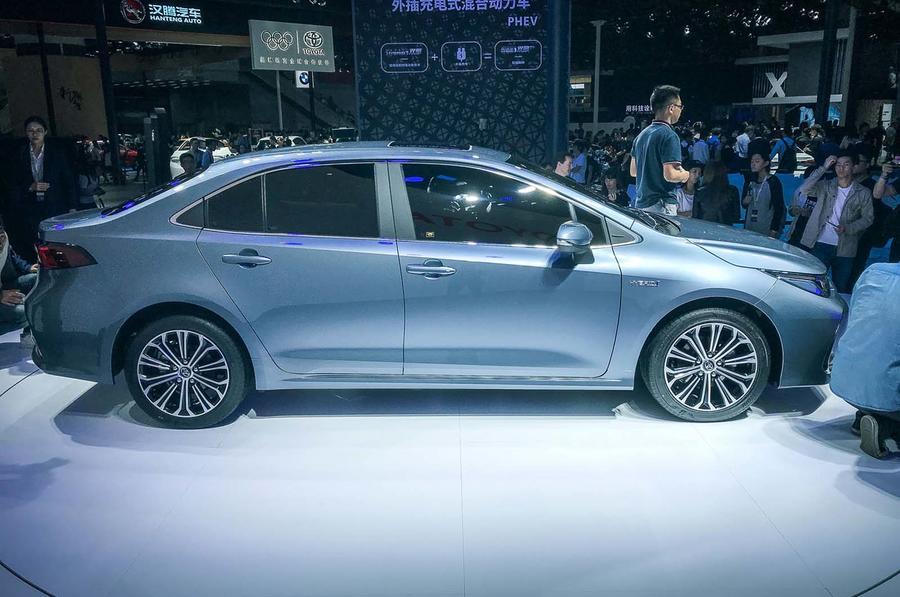 The Corolla is based on Toyota's TNGA modular platform, which is also used on the Prius and Camry, and will be built in the company's Turkish plant alongside the C-HR crossover.

It's the first Corolla saloon to be offered with hybrid powertrains: a 121bhp 1.8-litre set-up, which is also used in the C-HR and Prius, and a new 178bhp 2.0-litre version. UK buyers will be limited to the latter.

Where the hatchback and estate models are aimed at young couples and families respectively, Toyota hopes that the saloon variant will appeal to “young professionals who want more prestigious styling, space and comfort”. 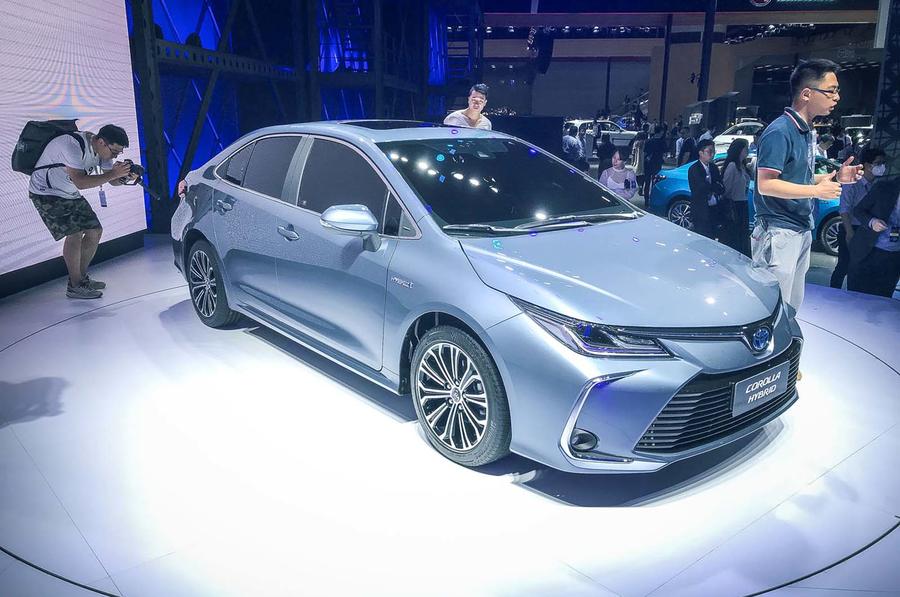 Differentiated styling reflects Toyota’s upmarket ambitions for the Corolla saloon. At the front, a protruding lower bumper, combined with sharply defined headlights and a revised upper grille, emphasise the car's ‘firmly planted’ stance, while the rear gets different light clusters and chrome detailing.

The interior is largely identical to that of the hatchback, although, with the same 2.7-metre wheelbase as the estate, the saloon provides more leg room for passengers in the rear seats. 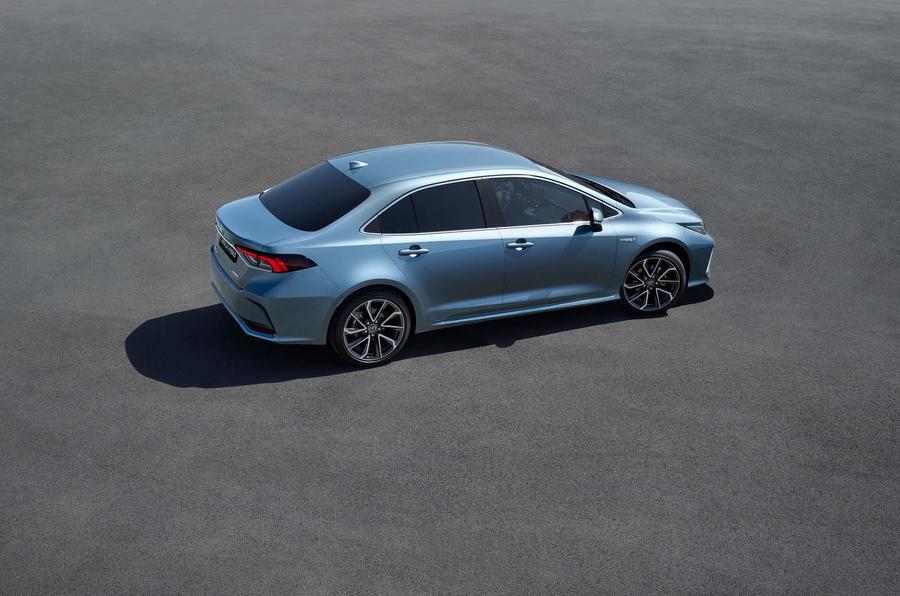 More than 46 million Corollas have been sold worldwide since the original model was launched in 1966, although the UK hasn't seen a new Corolla since 2005.

Details of the Corolla Saloon’s prices and specifications haven't yet been released, but expect entry-level models to cost slightly more than the hatchback's estimated starting price of £28,000.

The Corolla saloon looks very stylish but I'm not sure it'll age too well. Nonetheless, it's pleasant to see a spiritual Avensis successor.

My initial excitement has been dampened by the prospective starting price of nearly £30,000, which would push customers towards the Audi A3 saloon instead of the Mazda 3 Fastback and Honda Civic saloon. I do hope the less powerful hybrid set-up will be made available to better compete with the aforementioned models.

Another boring design from Toyota.

re: get lost Toyota

I assume then you are against Audi, BMW, Mercedes, Ford, Vauxhall, Renault, Peugeot, Citroen, Fiat......

Another boring design from Toyota.

You shouldn't have taken the time and effort to share that with us. The Corolla has sold in vast numbers over the decades, to rational, sensible, decent people...no wonder YOU don't recognise and understand just why. Shame you are not a buyer...Toyota think ever so highly of you...

The styling of this version of the Corolla looks much more interesting, dare I say it, even stylish.