BACK TO ALL NEWS
Currently reading: How MG Motor is driving its way back to the big time
UP NEXT
New 2023 Ford Mustang breaks cover in production bodywork

MG is on a roll. Its biggest roll since the 1920s, you could argue, when an obscure British sales manager-turned-engineer, Cecil Kimber, took just three years to create the world’s best-selling sports car from the everyman Morris Minor – and then built a thriving, highly profitable global business on the back of it.

Now it’s happening again. In the UK alone, annual MG sales have trebled in three years to 13,075 units and are strongly tipped to smash the 20,000 barrier by the end of this year. Even more expansion is predicted through 2021-22, fuelled by the arrival of more well-targeted, mostly electrified models. After a decade in the doldrums, MG has suddenly become the fastest-rising car brand in the UK and its management now realistically views the likes of Hyundai and Kia as role models.

Around the world, the MG brand does best in China but it also finds traction in Australia, New Zealand and India. The brand appeals in some European countries, too, such as the Netherlands, and is gathering strength in South America and the Middle East.

Of course, today’s MG is dramatically different from Kimber’s ‘Morris Garages’, established 95 years ago to make sporting models out of workaday Morrises. That company progressed by tortuous steps to become the BL-owned, Abingdon-based MG Car Co that built the MG B and Midget until it hit the buffers in 1980. Thereafter, the octagonal badge was used mostly on Rover’s mid-engined MG F roadster (from 1995) and a series of badge-engineered Rover saloons. 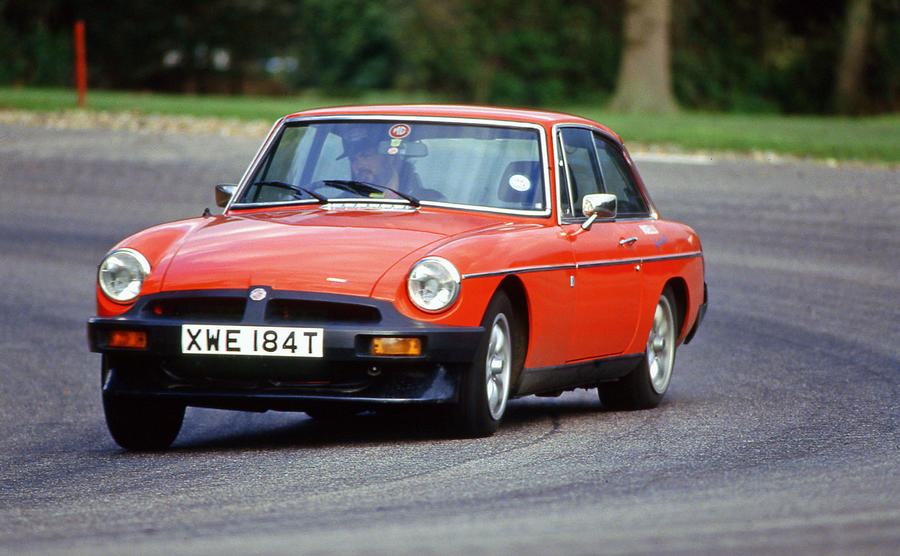 Today’s company is Chinese-owned MG Motor, a subsidiary of the seven-million-sales-a-year Chinese mass manufacturer SAIC, which acquired both the iconic British brand and its ex-BL, ex-Rover Longbridge manufacturing plant in 2007 and built cars in small numbers there until 2016. Nowadays, SAIC makes 750,000 MG-badged cars for sale around the world and every UK-sold MG is imported from China by MG Motor UK, a sales company with headquarters on Marylebone Road in central London.

However, this is a very different sort of sales company, as we recently learned in a meeting with Daniel Gregorious, MG Motor UK’s head of sales and marketing. Today’s MGs may be manufactured in China but much of their design emanates from a studio upstairs in the Marylebone building (which welcomes you via a sumptuous coffee shop called the Roadster Cafe). And 120 miles to the north-west, at Longbridge, in the very building where Mini pioneer Sir Alec Issigonis once held sway, several hundred engineers are shaping the inner workings of MG’s and SAIC’s forthcoming products. MG may not be true-blue British any more but local influence remains key to its designs.

MG’s recent success, says Gregorious, has been propelled by the rise of the new B-segment SUV, the ZS, launched in 2018. Before that, the 6 saloon (launched in 2011) was a failure and the 3 supermini (launched in 2013) was modestly successful. But it was the arrival of the modern, right-sized ZS that really started something. Throw in unexpectedly strong demand for an all-electric ZS unveiled last September (a planned 1000 launch models sold out in two weeks) and a successful debut for a brand-new C-segment HS SUV a month later and you have all the elements for success. 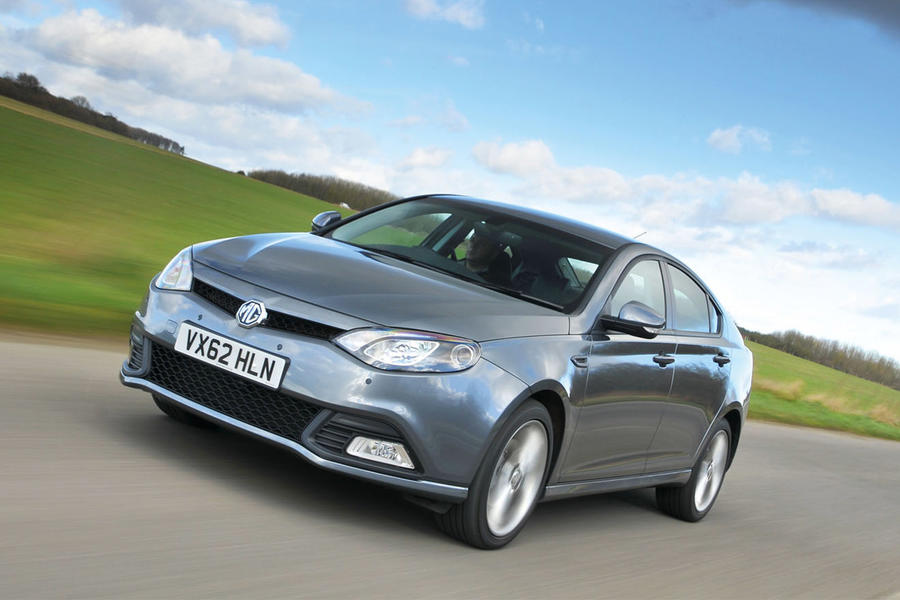 Since Gregorious arrived at MG two years ago from increasingly high-powered positions at Peugeot, Kia, Chevrolet and Renault, he has embraced a wide range of duties under MD William Wang, including negotiating with China over the timing, volume, pricing, marketing and model mix of UK cars (“SAIC will make over 300,000 electrified cars next year”) and building the dealer network to its current 120-strong level, which, he says, suits the company’s current vision of the future.

“Our acceleration really started with a significant facelift for the MG 3 in 2018,” says Gregorious, “which went well. Then came the new models. Now that we’re offering a supermini, a compact SUV – with both electric and conventional power – and a new family-sized SUV, we have products that fit many markets right across the globe.”

SAIC’s plan has always been to position MG as its global brand, and its export success compared with less well-known Chinese marques shows the power of MG’s brand recognition, although Gregorious insists that none of it could have happened without the appropriate, well-engineered products the company now sells.

More MGs are coming. In the middle of this year, there will be a plug-in petrol hybrid version of the HS, a model designed to take advantage of new UK benefit-in-kind laws for company cars and to suit zero-emissions legislation coming to city centres. Gregorious confirms that the HS can also be built with an all-electric powertrain like the ZS EV, but no decision has yet been made to do it.

Next on the new-model agenda is an all-electric estate similar in size to the Ford Focus but available with battery power only. “That’s exciting,” says Gregorious, “because it’ll be our first model that’s truly unique in the market. We expect success but it’ll be fascinating to see how it plays with fleet and business customers.”

The new electric estate will use a very similar powertrain to the ZS EV’s but is likely to have a greater touring range. MG hasn’t named it yet – Gregorious has made suggestions but hasn’t heard any decision – although ZT might well suit a range that already contains a smaller ZS. Beyond that, MG could eventually consider sportier petrol engines for the ZS (it already has higher-tune petrol engines that would suit a kind of ZS GTI), although it seems to regard electrification as a better high-performance avenue. 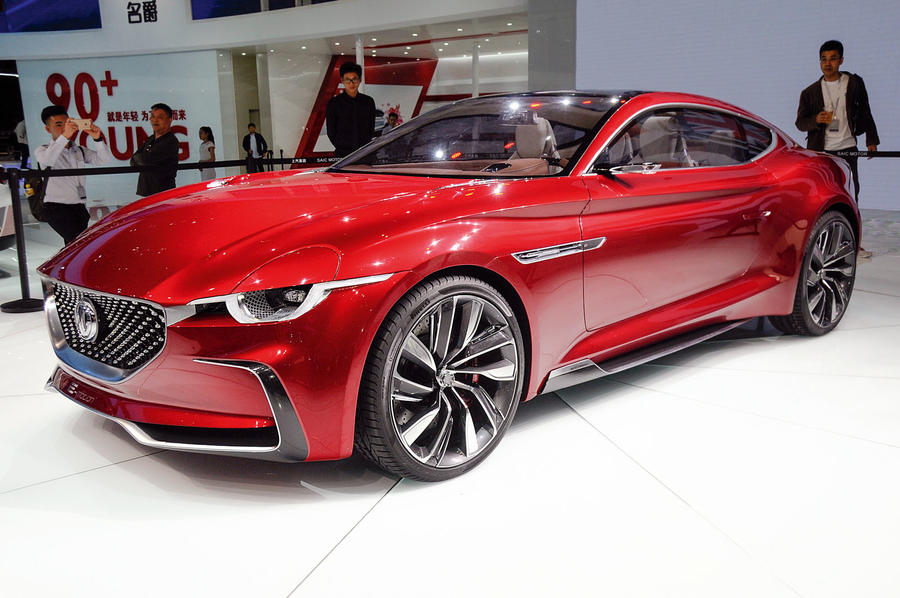 If the plug-in HS and new electric estate sell well, Gregorious says MG’s next move will be to launch a production version of its handsome E-Motion high-performance four-seat sports car, unveiled as a concept at the Shanghai motor show in 2017. It’s a twin-motor, all-electric design with 3.0sec 0-60mph acceleration plus exotic styling aimed at moving it into Porsche or Jaguar territory.

“The car is still in our plans,” says Gregorious, “and it will make a great halo flagship car. We’re only planning one model like it at present. But if we can do well with mainstream models, there could be plenty of opportunity for more sporty models in the future.” 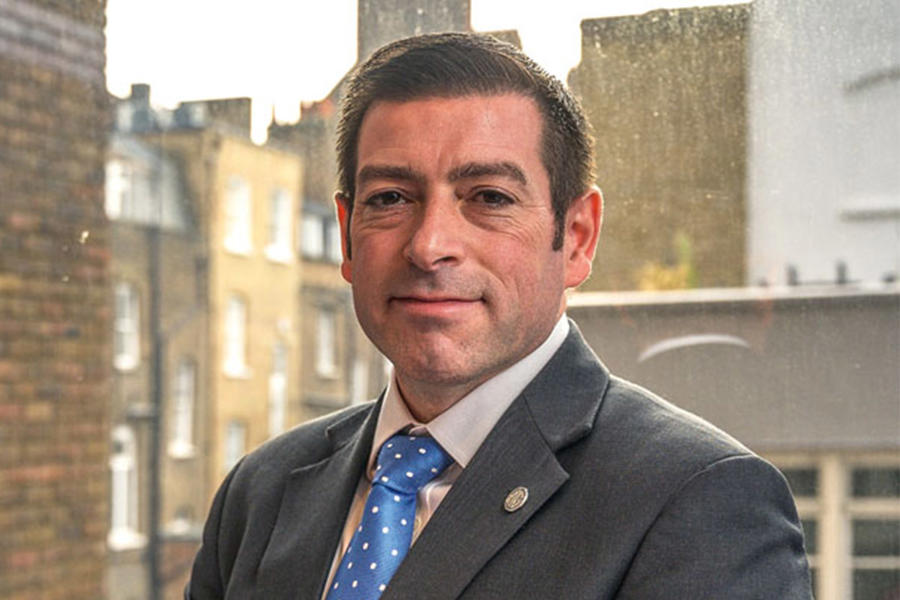 Do you have much say in the cars that MG builds?

“We have quite a lot of say, because we have important design and engineering operations in the UK. Also, the owners are well aware that the heritage of MG comes entirely from the UK. New models aren’t forced on us: we can choose what we want and then make them better.”

How serious is SAIC about building the MG brand?

“Very serious, I’d say. The company has spent around £7 billion on R&D over the past five years – in both Longbridge and China – on electric car research, connectivity and autonomous driving. It regards Britishness as a vital component of its offer.”

How are you positioning MG?

“We don’t want to be the cheapest. Another brand that plays on low pricing [Dacia] does that very well. We want to offer value for money, but also offer an aspirational product we can legitimately sell on its quality. We see people moving happily moving out of Fords and Nissans into MGs.”

How important is the MG brand for attracting new customers?

“It’s an enormous help. It gives people confidence to come and investigate our cars. We’re pretty confident that if they see, touch and sit in the products, they’ll like them. It’d be tougher with an unfamiliar brand. The seven-year warranty’s important, too.”

Log in or register to post comments
MaxTorque 9 October 2021
I find it incredulous that people think today's MG has anything to do with the historical MG. The ZS and HSs you see on the roads are RHD versions of SAIC SUVs with just a MG badge stuck on front. It is a stunningly cynical ploy on the Chinese to curry favour with the UK public and the latter are falling for the trick hook, line and sinker.
Incidentally, being a state-owned company when you purchase these SAIC cars you are directly helping the enrichment of the CCP and the Chinese Communist state. The same state that is running roughshod over its regional neighbours in its territorial disputes and threatening them with military force.
Clever move, people
Bob3 27 January 2020

Love to know where these

Love to know where these hundreds of engineers are at Longbridge as most were made redundant in June? Another shameless plug from MG.
Peter Cavellini 26 January 2020

MG flunked with the MG6,it looked nice but it was only skin deep, underneath must've been a compromise , and then the small car appeared and it was even worse, you can't expect people to want, buy an inferior product straight out of the box, so some of us have noticed the SUV,I same some because I've maybe seen one or not noticed because they look so simular, and a sport car?, no, unless it's a game changer I'd not bother.....