BACK TO ALL NEWS
Currently reading: The MG Motors plan - and Longbridge's important role
UP NEXT
The next Hamilton? Autocar meets F1 prodigy George Russell

After being plucked from its death bed by the Chinese, MG has been nursed slowly but surely to ruder health. Now it’s set to get a shot in the arm that could transform its fortunes, as we report
Share
Open gallery
Close
Share story

Earlier this year, Shanghai Automotive Industries Corporation produced the one-millionth car born out of the wreckage of MG Rover.

Its Roewe and MG brands sold 320,000 cars last year, and this year the brands’ sales are up 78% in a Chinese market that has grown by only around 4%. You can’t call those sales results anything other than successful and Britain’s contribution to them is not insubstantial, SAIC’s Birmingham-based design and engineering centre providing plenty of input for both brands.

The UK fortunes of MG Motor, by contrast, have been rather less stellar. It has been 10 years since production of the MG TF sports car restarted at what was MG Rover’s factory in Longbridge, Birmingham. That tentative MG restart was enabled by Chinese company Nanjing, which bought the assets, while compatriot company Shanghai Automotive Industries Corporation (SAIC) bought the intellectual property rights to certain MG Rover models. Not long after, the Chinese government did the sensible thing and had the two enterprises merge. 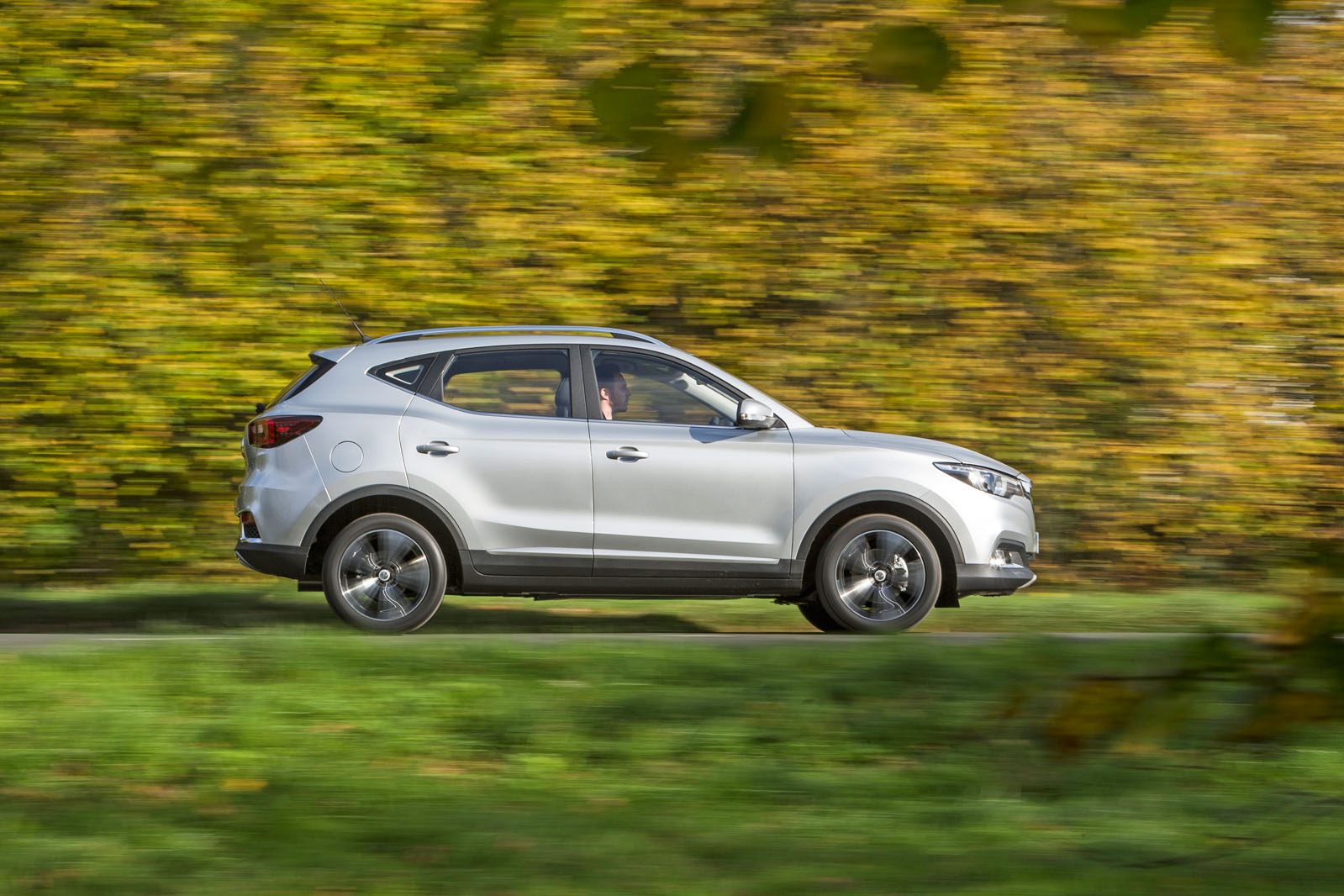 Since then, we have seen and mostly ignored the MG 6, liked the MG 3 rather more and been unmoved by the very ordinary MG GS SUV. MG is now launching the ZS, another SUV and a car that impresses more than any MG Motor product to date. UK sales were 4192 cars in 2016, up from 3152 the year before, and over the first 10 months of this year amount to 3515, its 0.16% market share fractionally up in a sinking market.

So the numbers are heading in the right direction, but MG Motor sales are only just ahead of Ssangyong’s. Not great for a still well-known British brand in domestic territory and not enough to continue justifying the small-scale completion of cars in Longbridge’s enormous car assembly buildings.

So it’s good to hear that a fresh direction is being taken. It’s not a complete change of plan but a promising adjustment and one that also includes a sports model, as discussions with SAIC’s UK managing director, David Lindley, UK design chief Carl Gotham and sales and marketing boss Matthew Cheyne confirm. Early signs of the direction change are to be found in the design of the new ZS, a more shapely car whose new grille design presents a fresh face for MG. Gotham says: “The ZS is the first car from our new design language, which has this emotional dynamism. It’s part of a plan to make MG more emotional in terms of its connection with customers. We feel that it’s definitely got that emotional tie to a lot of people around the world”. 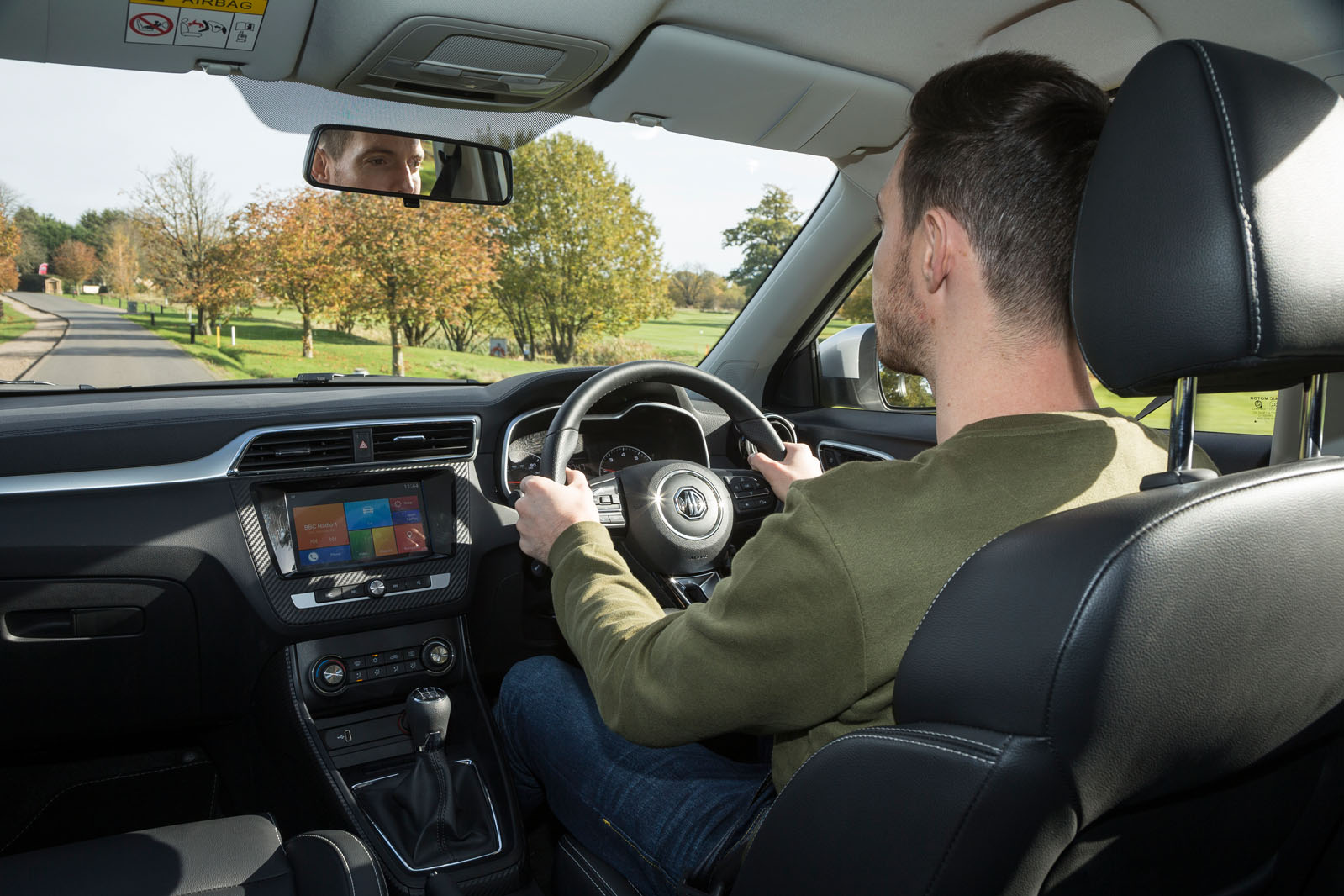 Not that this means we’ll be seeing reheated design themes from the past. “We’re not looking to make a retrospective or heritage brand. That would be wrong,” says Gotham. “However, MG has got huge brand equity, which needs to be leveraged. So the design language is going to be more emotional – and less aggressive. We’re trying to dial that out a bit but also raise the design quality. In China, customers do demand a good quality level and they’re getting more demanding.”

What they’re also wanting more of is electric vehicles, and for very good reasons, as Gotham explains: “The country is taking a very aggressive stance towards electric vehicles with heavy subsidies. You may be aware that a licence plate is around £8000 in China – it’s a one-off payment for life – whereas with an EV, the licence is free. So China’s drive for EVs is not just a statement of intent. They’re putting things in place to make it very real.”

As is MG. The E-Motion concept coupé, unveiled at the Shanghai show in April, “is conceptual”, says Gotham, “but it’s done with intent. 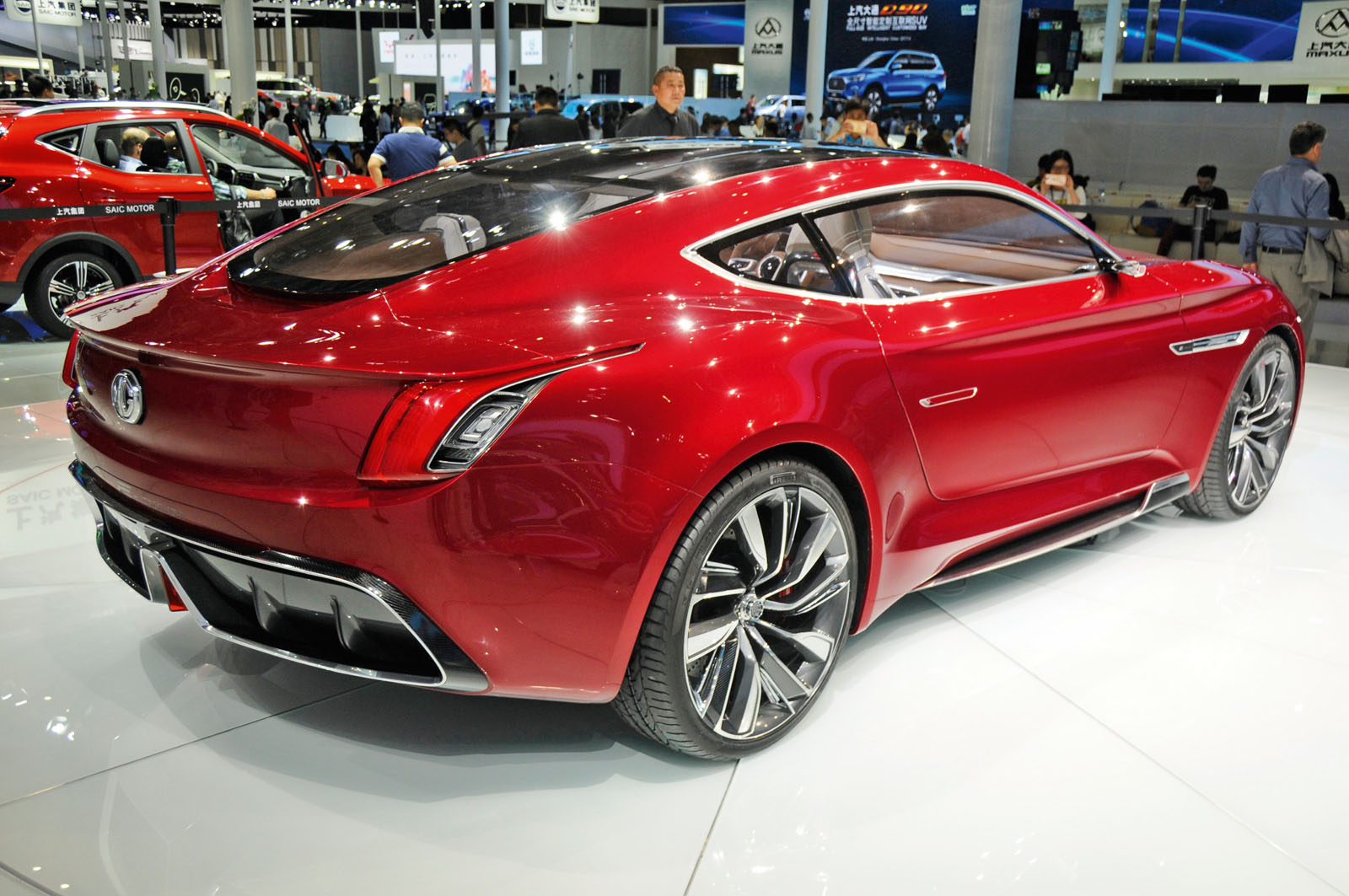 I can’t confirm any timing but there is a real intention to turn it into something.” According to other SAIC executives, the E-Motion is scheduled for launch in 2019. SAIC claims a sub-4.0sec 0-62mph time and a 300-mile range for the car, which is based around a pure EV platform despite proportions that are deliberately similar to those of a conventional petrol-engined model.

“It has a little bit of British flavour and more of the recognisable British premium cues in terms of proportion,” says Gotham. “It feels expensive and has a presence that people will recognise. It’s not a sports car, but a 2+2 EV sports car.”

The UK flavour appears for good commercial reasons, too. “Britishness has a premium value around the world,” says Gotham, “particularly with Chinese consumers. So the positioning of MG as a British brand offering a premium product experience is something we’re looking into it.” 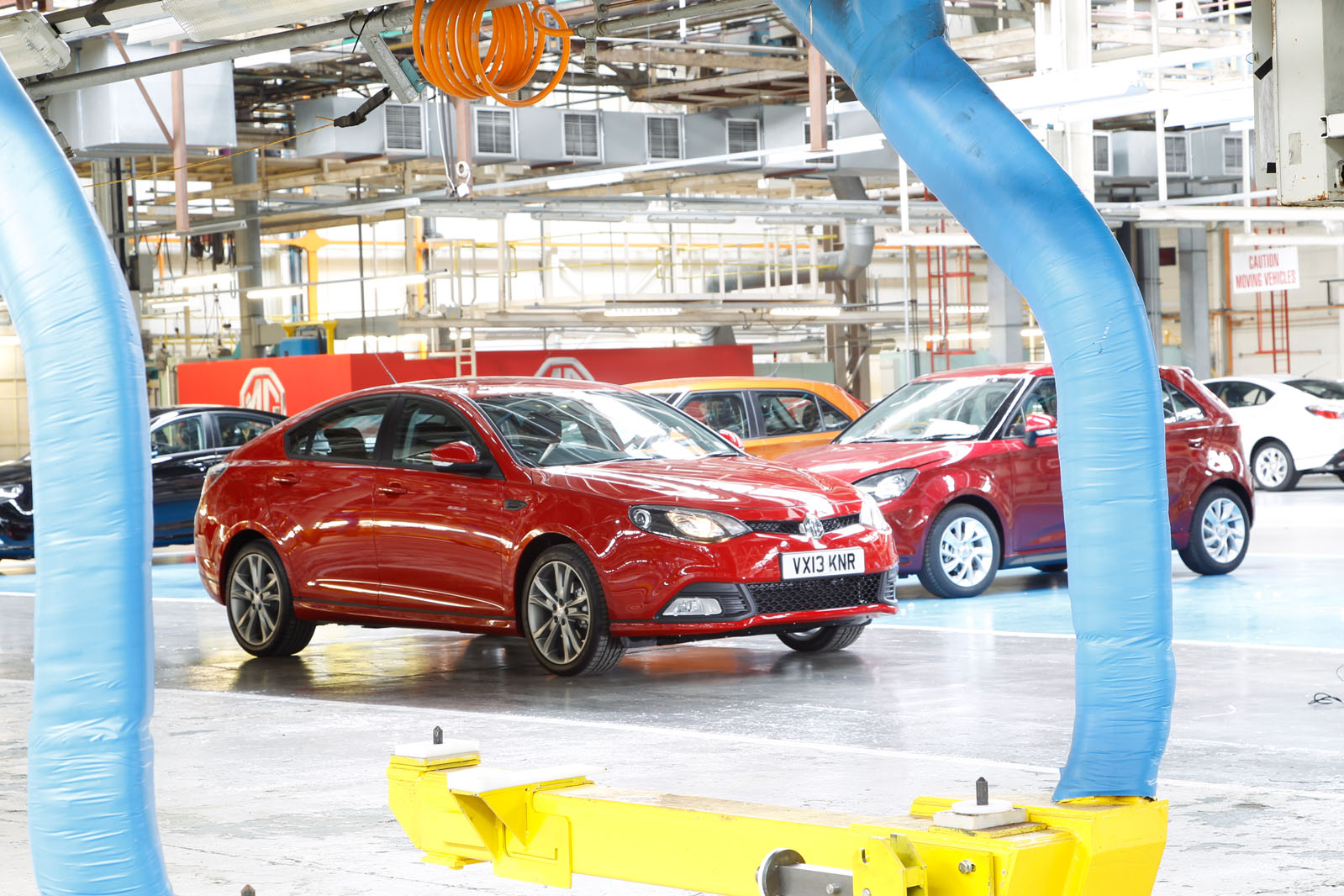 That dovetails well with the re-oriented activities of SAIC Motor UK’s technical centre at Longbridge. Lindley is its managing director. He has been with SAIC’s UK operation from the beginning, and before that with both MG Rover and the Rover Group. So he has seen massive change, and he’s seeing plenty more with the intensifying shift towards electric cars and the quickening pace of development at SAIC. During this decade-old relationship, SAIC has amassed a 4000-strong engineering and design operation in Shanghai and the Longbridge centre is now a fully integrated satellite with particular collaborative missions, as Lindley explains.

“The major focus now is primarily the front end of the product development process,” he says. “It’s not exclusively what we do but we are really focused on innovation, advanced technology, architecture and design. That breaks down into three key areas and the first is design. Our team’s time and energy next year is involved in understanding our customers around the world in order to determine how we should move MG’s design language.

“The second area is vehicle engineering. The key work here is vehicle architecture definition. The idea is very much like Volkswagen’s [SAIC is a major maker of VWs in China] in that we’re looking at how we can design in flexibility across different market sectors and different product segments. The third area is focused on internal-combustion engine design and research.” 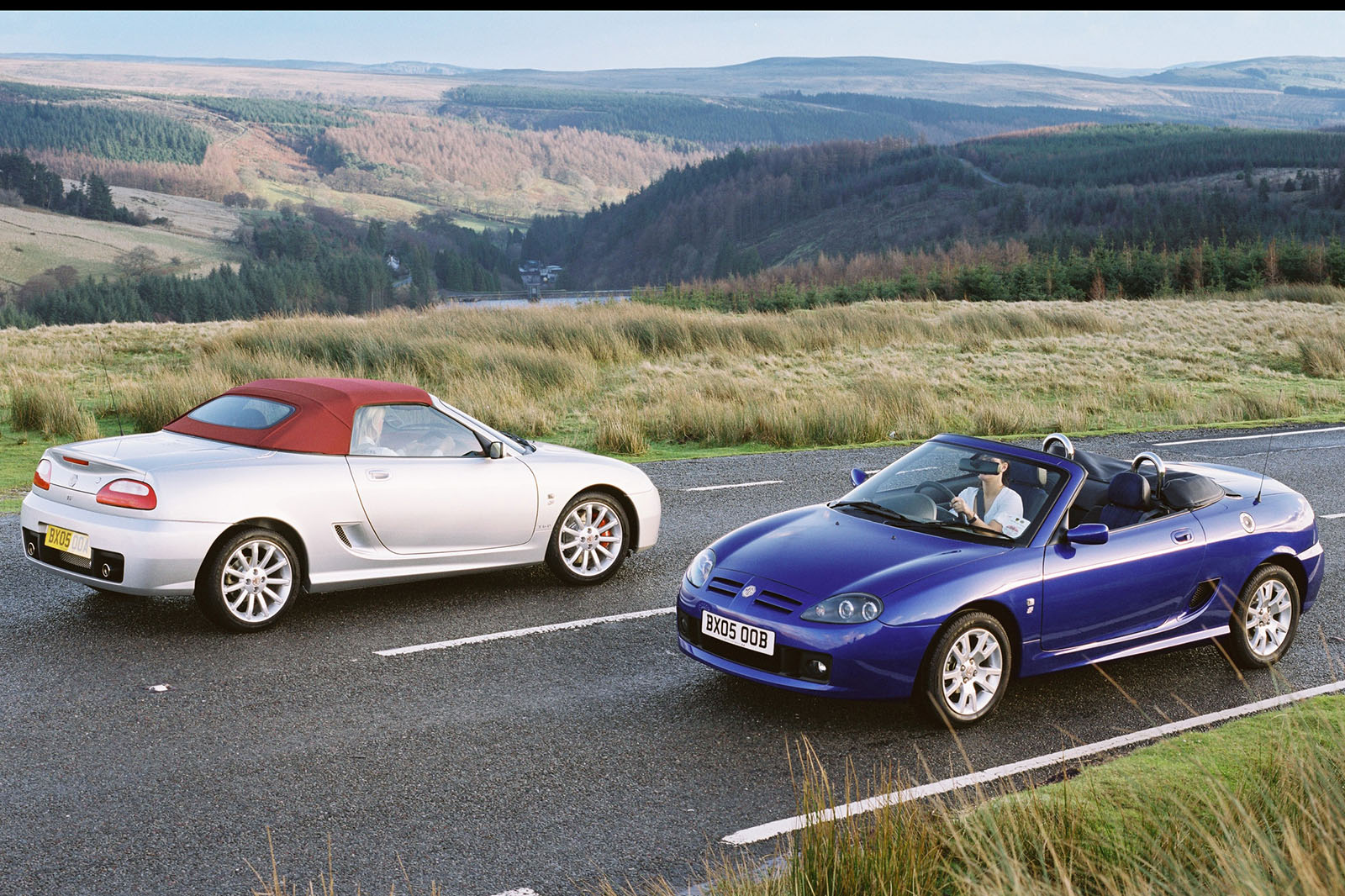 Although SAIC is making use of GM’s three-cylinder turbo, as in the ZS, Lindley says this is a “one-off” and the company is currently developing a new modular engine family. The UK tech centre is “focused on technology around friction improvements, thermal efficiency during warm-up and e-boosting. We work hand in hand with a counterpart organisation in Shanghai. It doesn’t mean that the UK team wouldn’t go out and look at opportunities for combustion, but our role would be to find the opportunity, share it and make sure that it’s encompassed within research programmes in China.”

Lindley is keen to emphasise that the bulk of SAIC’s efforts over the past decade have been directed at Roewe, and establishing this brand as a successful and profitable one in China. Which it has. “Then our plan is to become an internationally renowned brand making innovative products,” he says. “We’re putting a lot more focus on international sales. That will include growth close to home and much more visible efforts to make MG successful.”

The most exciting of those visible efforts will be 2019’s electric MG E-Motion coupé, with more to come. 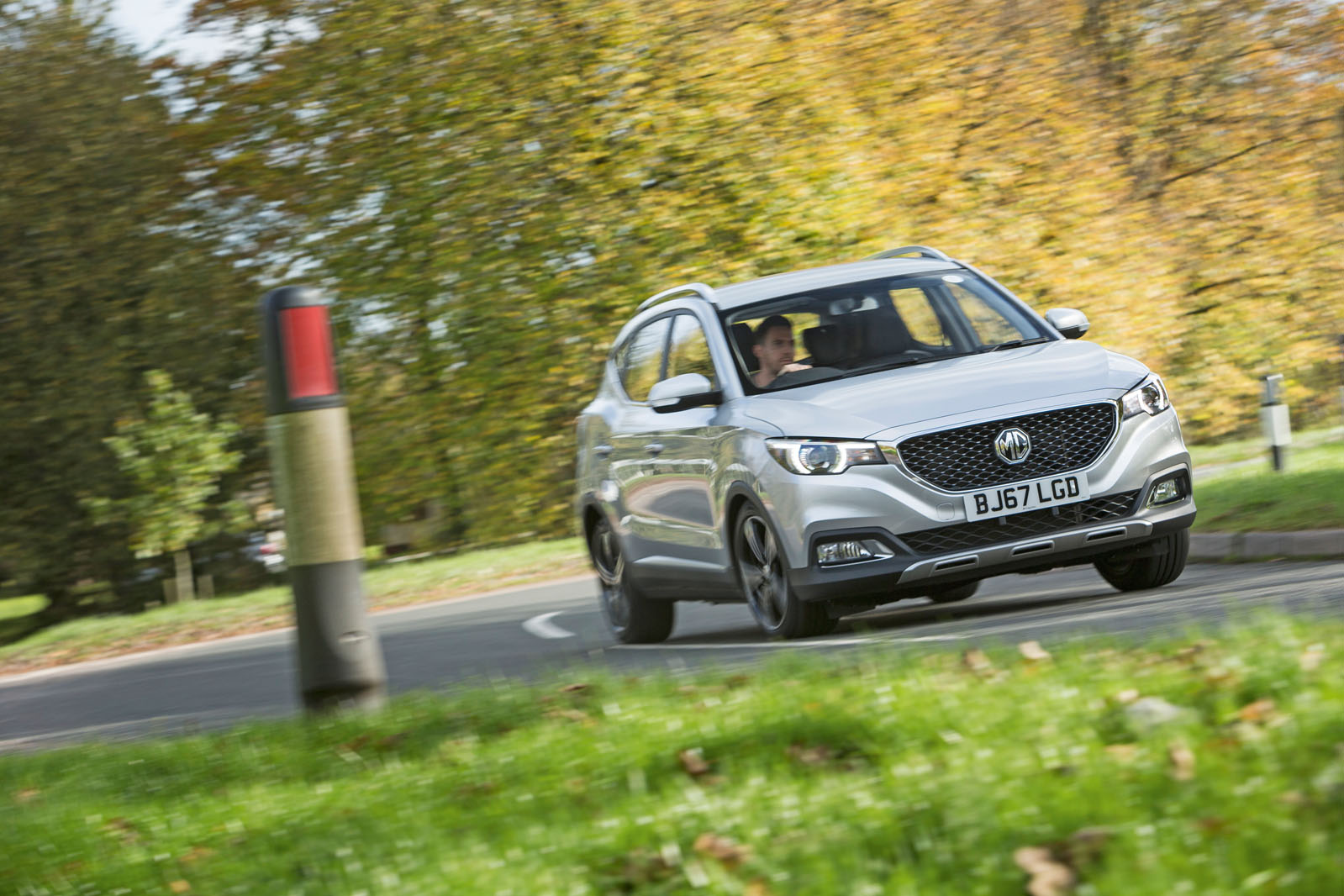 HOW THE FUTURE LOOKS AT LONGBRIDGE

Longbridge has made its last production car and SAIC is now in the process of handing back the chunks of the facility that it no longer needs to St Modwen, the developer that bought the site from a desperate MG Rover more than a decade ago. Those land parcels include the famous car assembly buildings, and possibly the office block known as the Kremlin, where the Mini was born. All will be redeveloped, the Longbridge complex already a more vibrant and colourful place than it has been in decades.

And as sales and marketing chief Matthew Cheyne says: “Who’s to say that in five years’ time that we’ll be better off with car production in the UK?” Cheyne is planning on a doubling of UK sales in 2018 with the ZS, this being the first sign of the rise of the SAIC sleeping giant. If his dreams are realised, we could one day see a brand-new MG plant. 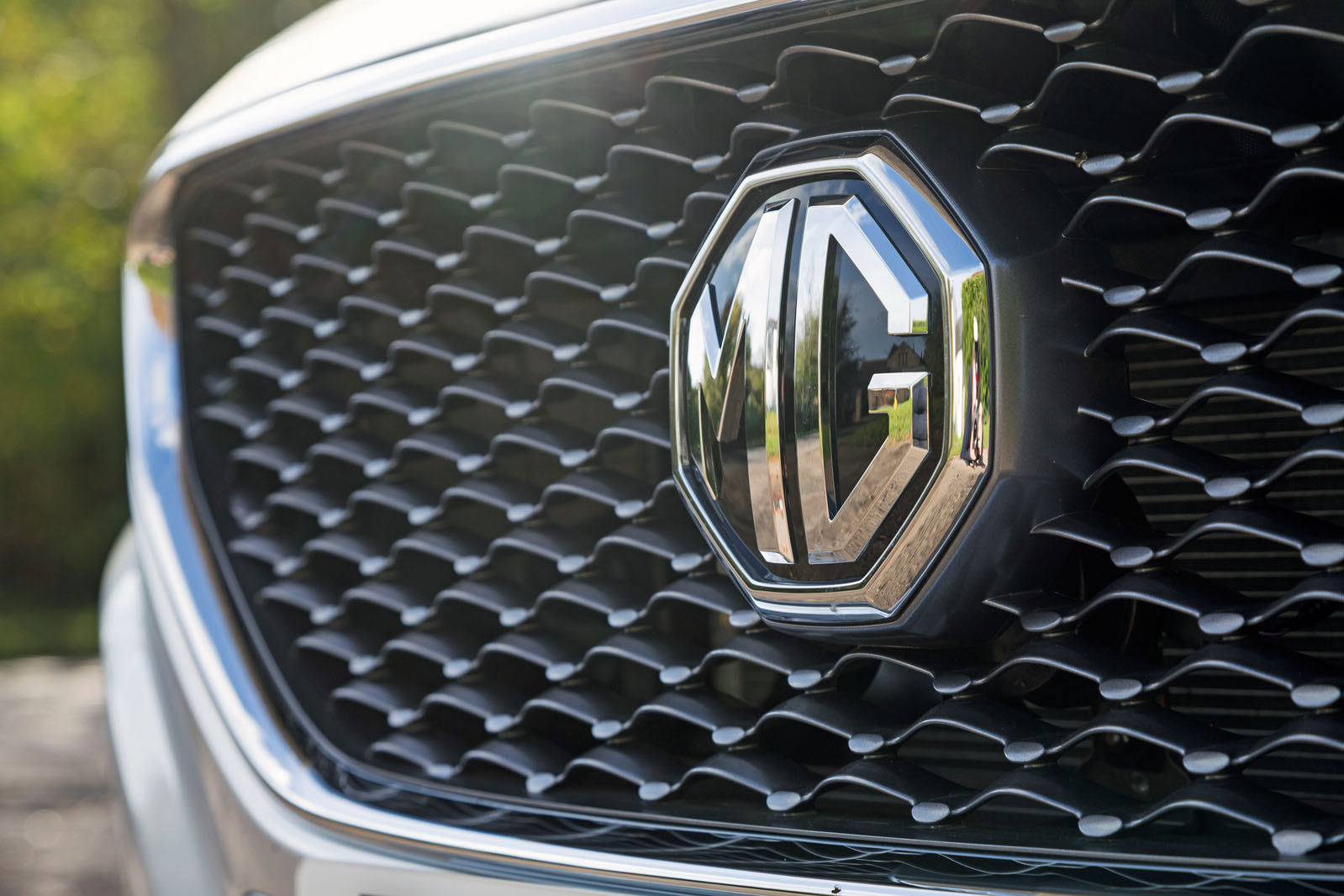 Forgive me if I'm wrong but weren't SAIC invited into, in efect, a joint venture with the ailing Rover Group but, instead, waited until it went bust so that they could asset strip what was left? This is a world away from TATA and Jaguar.

This is a Chinese company making average product primarily for its home market - that just happens to have a small UK  technical arm. I'm happy for the engineers who have found employment with them here but, other than that, there really isn't anything to say.

I could see some merit in the

I could see some merit in the MG6 and MG3 (especially the 3), but everything the company has sold in the UK since is characterless, particularly the ZS.

Good to read that Britishness

Good to read that Britishness has a premium value in export markets.

If the Chinese really do take MG forward, then they could well succeed with the brand, just as the Indians are doing with Jaguar.

There's no comparison between

There's no comparison between Tata buying JLR, a fully fledged car manufacturer with strong brands, and SAIC buying MG, which had little value by the end, and few assets.

Effectively, Longbridge is now a small British design/engineering centre for its Chinese owners. Good that some decent technical jobs are being kept in the UK, but that's all.