BACK TO ALL NEWS
Currently reading: Morris Commercial revived with 1940s-style electric van
UP NEXT
Spending 48 hours touring in a Ferrari Roma

The Morris Commercial JE, an electric van with a 1940s design, has been unveiled ahead of a planned launch in 2021.

Revived thanks to unnamed UK and European financial backing, Morris Commercial’s first production model since the 1960s has a 200-mile range, a 1000kg payload and a 2.5-tonne gross weight.

It'll be priced from £60,000 and set to be built in the UK at an undisclosed location, with the design an engineering taking place in a facility in Worcestershire.

The van is new from the ground up, sitting on a new modular platform and featuring a 60kWh lithium ion powertrain said to endow it with a “power-to-weight efficiency that fully maximises the range of the vehicle”. It can fast charge to 80% in 30 minutes.

Morris Commercial will be an electric-only brand that uses a powertrain claimed to be “UK-sourced”. “We will never make a vehicle with an internal combustion engine,” said the company.

This puts it in a different market segment to Geely-owned taxi maker LEVC, whose range-extender powertrain and chassis are being used for a cargo van variant. 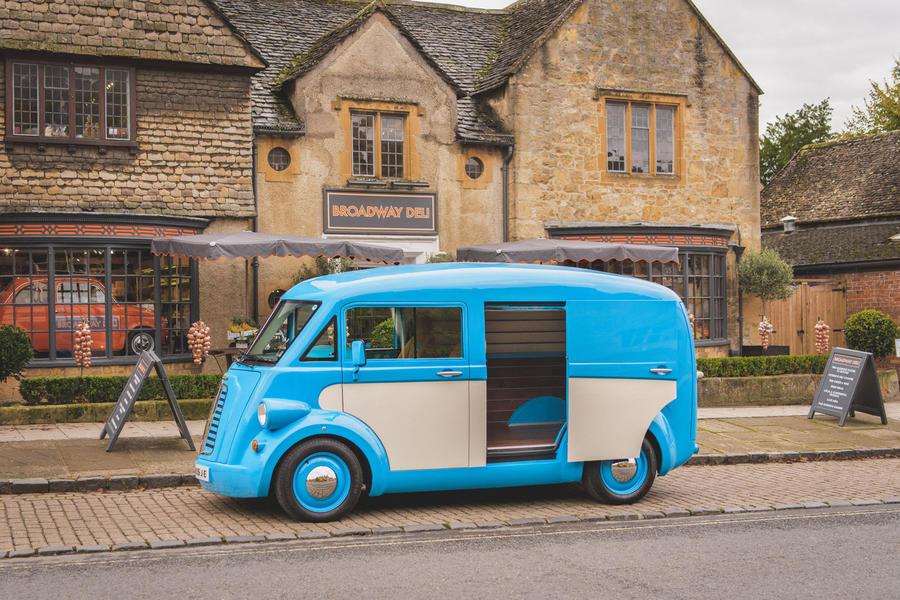 Morris says further variants, such as a pick-up truck, minibus and campervan can be spun-off its modular platform. The JE’s bodywork is fashioned from lightweight carbonfibre and features a pair of full-width rear doors and a sliding door on the nearside.

In the load bay are claimed to be 5.5 cubic metres of volume and a flat floor with sufficient area for two pallets. Morris is expected to reveal further specification details at an event later today, but it claims in advance that the JE is “one of the lightest LCVs in the marketplace”.

The major selling point for the JE will be its retro styling, derived from the Morris J-Type, sold from 1949 until 1961 and achieving total production close to 50,000 units. 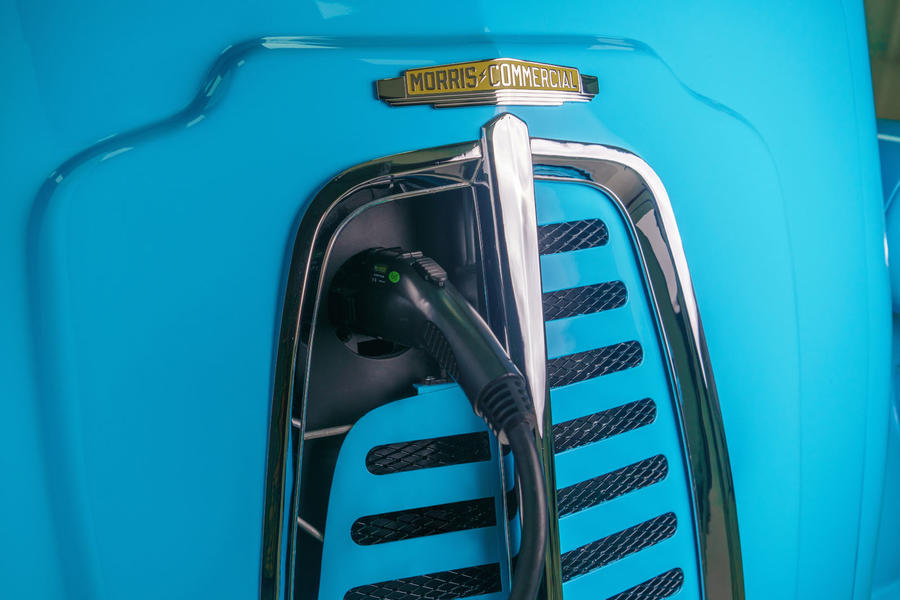 In period, it was as familiar a sight on UK roads as the Ford Transit is today, and Morris hopes that its retro styling will have the same appeal of the Volkswagen Transporter Type 2 of similar vintage so loved today.

Retro features incorporated into the JE include a “pear-shaped” grille, a split windscreen and distinctive bulging wheelarches.

CEO and founder Dr Qu Li told Autocar that the production plan is for 1000 units annually for the panel van, with dditional variants adding extra volume.

"We have had so much interest from large fleets that we might have to reappraise the volume. But that would mean more tooling and more funding".

The end of the affair?

Would this would be the same Dr Li who had a close personal relationship with one of the Phoenix 4/5 and at the same time a £1.7m consultancy gig from MG, and subsequently acquired assets under interesting circumstances? The same Dr Li whose Father was a long-time employee of the company that bought up MG’s assets when Dr Li’s help didn’t save MG? Hence the Morris badge appearing here... IIRC she was also involved with the LDV acquisition. As ever with the history of anything related to BL/Rover/etc the web is tangled...

Doesn't the name Morris belong to SIAC? Surely Morris Commerical and Morris Garages would be quite confusing?

But then I have seen BMC busses around and in Asia there is Ashok Leyland - complete with the "plughole" logo...