MG has extended its attractive discount on the ZS EV after it received 2000 orders in the first two months of sales.

According to data supplied by the Society of Motor Manufacturers and Traders, MG sold 1078 units in total in June 2019, highlighting the ZS EV's initial sales figures as a significant surge in demand. While it took longer for the ZS EV to reach 2000 sales, it's hoped the extended discount will continue momentum for the electric crossover.

"Since the official launch of the ZS EV in July, MG dealerships across the country have reported unprecedented demand from customers eager to get behind the wheel," said Daniel Gregorious, MG UK's head of sales and marketing. “Our mission at MG is to make high-tech, zero-emissions cars available to all, and we are well on our way.”

We drive MG's value electric SUV in the UK

Once the next 1000 examples have been sold, the ZS EV will be available from £24,995, including the Government's grant. Unrivalled in its position as a value electric compact SUV, the ZS EV represents a much more affordable alternative to the Kia e-Niro, which costs from £32,995 after the grant.

The ZS EV's chief rival, the Hyundai Kona Electric, is priced at £27,250, but it's currently off sale in the UK, with prospective buyers having to join a waiting list. Like Hyundai and Kia, MG is applying a seven-year warranty to all ZS models sold in the UK. 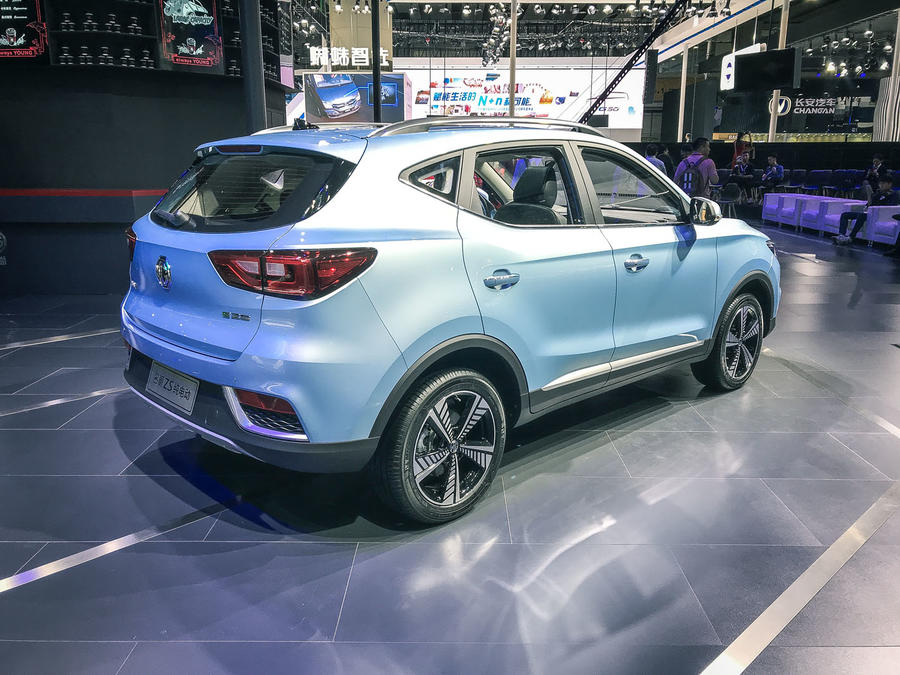 The ZS EV was first revealed at the Guangzhou motor show in China last year, and it's being sold alongside the existing petrol versions of the MG Motor ZS.

It makes use of a front-mounted electric motor, producing 141bhp and 260lb ft. The water-cooled 44.5kWh lithium ion battery is good for a 163-mile range on the WLTP test cycle, and it's capable of rapid charging from flat to around 80% capacity in half an hour.

Styling changes over the conventionally fuelled model are minimal, and limited to the integration of a charging point in its blanked off grille, and the addition of a newly designed set of 17in alloy wheels.

China is the world’s largest market for electric cars, and ranges in excess of 250 miles are now the norm there, rather than the exception.

The ZS EV first made its debut alongside the new HS SUV, which is understood to be lined up to replace the GS in MG’s UK range later this year.

I really like the concept of electric car but i hope these beauties surpass idea of self-driving.

iPhone - Chinese made (you all want those)

Sorry, it kept bombing out

Sorry, it kept bombing out saying unable to reach page, or some such, so I re tried.
View all comments (18)