BACK TO ALL NEWS
Currently reading: How Matt Windle is putting Lotus back on the map
UP NEXT
Cruise missiles: Ferrari Roma meets Bentley and Aston rivals

After a long period in the doldrums, Lotus is being revitalised with an all-new line-up. We meet the man presiding over Hethel's dramatic transformation
Share
Open gallery
Close
Share story

Lotus certainly goes through bosses. It’s not quite nine years since Dany Bahar’s acrimonious departure from the sports car maker, but new managing director Matt Windle is the fifth man to lead the business since then – with his well-regarded predecessor Phil Popham only just getting past two years at the top.

But unlike many of those before him, Windle hasn’t been promoted to leadership at a time of crisis or after a change in leadership. His move from the role of engineering director was an orderly one, and he remains committed to the Vision 80 plan put in the place by Popham. It’s one that will give Lotus an all-new model range as soon as next year, then move aggressively towards both electrification and a dramatic increase in global sales soon afterwards.

Affable, approachable and energetic, Windle is the antithesis of some of his aloof predecessors, with a CV that proves his desire for fresh challenges. He started out at Lotus in 1998 and then moved to Tesla after working on the original Roadster. His subsequent career included stints with Nissan, Caterham and Volvo, and he was part of the team behind sports car startup Zenos. Windle rejoined Lotus in 2017 – the year Geely completed its takeover, and realised that, as he puts it: “There was a proper car company here – it just needed the products and the investment”. He continues: “That’s what we’ve done now. Hethel is the most modern it has ever been, we’re going to have the newest automated paint shop in the world and a world-class manufacturing facility creating all-new products.

Development on the Evija and Emira – the car previously known to us as the Type 131 – was already substantially complete when Windle took charge in January. Now his big challenge is getting both to market, most significantly the Emira, which will collectively replace the much-loved but slow-selling Elise, Exige and Evora. “I bumped into somebody today who said ‘it’s 80 days to launch’,” he says. “That’s how close it is; we’re talking days rather than months.” 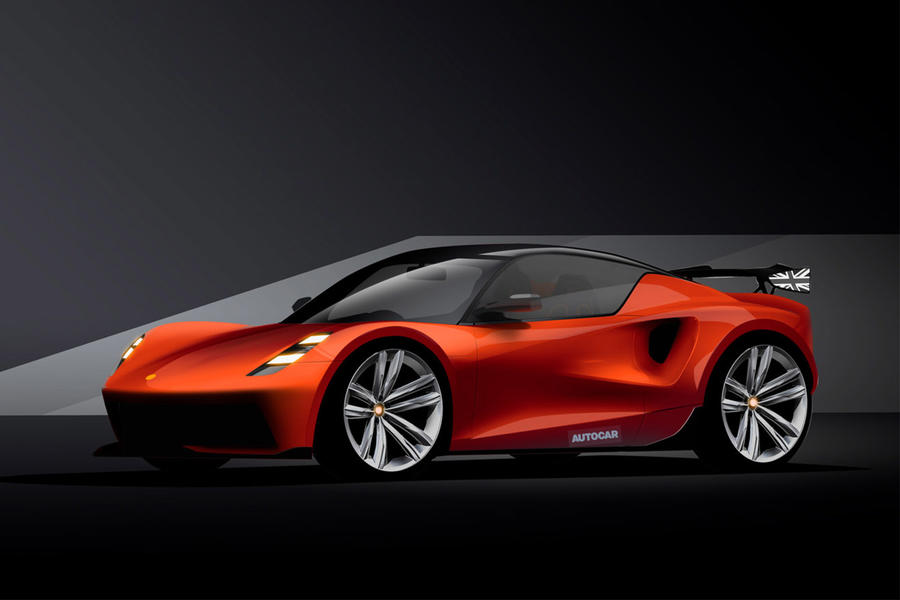 As well as being Lotus’s last combustion-engined car, the Emira is intended to have a broader appeal than the outgoing trio. “I think Lotus in the past has maybe been a bit guilty of engineering something it thought people wanted and then putting it to the market,” Windle admits. “Now we’re trying to engineer something that people actually want.”

Unashamedly benchmarked against rivals including the Porsche 718 Cayman and Porsche 911, the Emira will offer the choice between a new turbocharged 2.0-litre four-cylinder engine (Windle remains coy as to where it’s coming from) and the Evora’s supercharged V6. The smaller engine will be exclusively available with a dual-clutch gearbox; the V6 will keep the option of either manual or fully automatic transmission.

“We’ve tried to cover as many bases as possible,” Windle says. “Two powerplants will enable us to cover most of that market. It’s a Lotus that you can live with; we’ve given it broader appeal, but it’s still a fantastic sports car with a range of different models that will go from a base spec up to an R.”

While the Emira’s everyday usability will be boosted by various active safety features, it also keeps some longer-established technology – including, like the on Evija, electrohydraulic power steering on the basis of superior feel.

“Yes, EPS [electric power steering] would be easier,” admits Windle, “but we’re holding out. It won’t be for long; the GSR2 [European vehicle safety] regulations coming in 2027 bring driver assistance, so you will have to have EPS. But these things really do matter here.”

One surprising omission from the Emira plan is a roadster version – something Windle acknowledges was a difficult decision, although one that will ultimately be remedied by other new products. 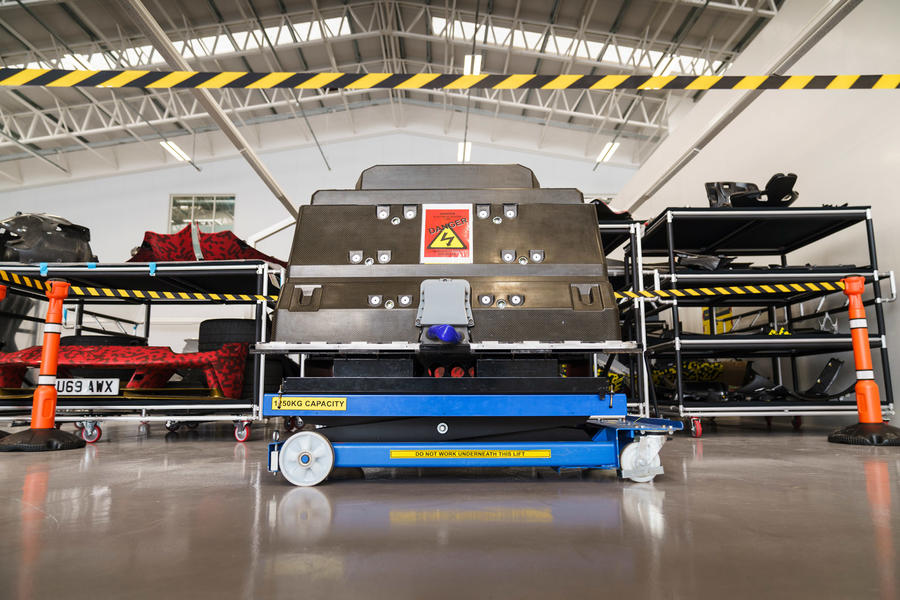 Hethel has already started work on a next-generation electric sports car platform, with the plan to jointly create Lotus and Alpine versions. (Windle worked on the stillborn Caterham version of the Alpine A110, “so I know how joint ventures can go wrong”.) But before that, we will see Chinese-built Lotus models created on the brand’s new bespoke platform, Electric Performance Architecture. Windle says that the first of these – the Type 132 – is already substantially developed.

The crucial detail is, Windle asserts, Lotus’s leadership of the process: “It shows the ambition of Lotus that we could easily have taken Geely platforms and developed cars on them, but they wouldn’t give you a true Lotus. We’re going to develop our own platforms and see that those platforms are scalable and flexible, and we’d love any manufacturers that want to do electric sports cars or lifestyle EVs to talk to us and see how we could share that platform.”

So, can an electric crossover or SUV be regarded as a true Lotus? “We can do premium luxury, but we can also do intelligent technology that will make a car a Lotus,” says Windle. “Yes, it will be heavier than a standard Lotus, but it will be the lightest car in its class. The driving attributes will be set by Gavan [Kershaw, attributes and product integrity director], and you know how he feels about core Lotus DNA; and it will look fantastic. So there’s no reason why we can’t do that.” 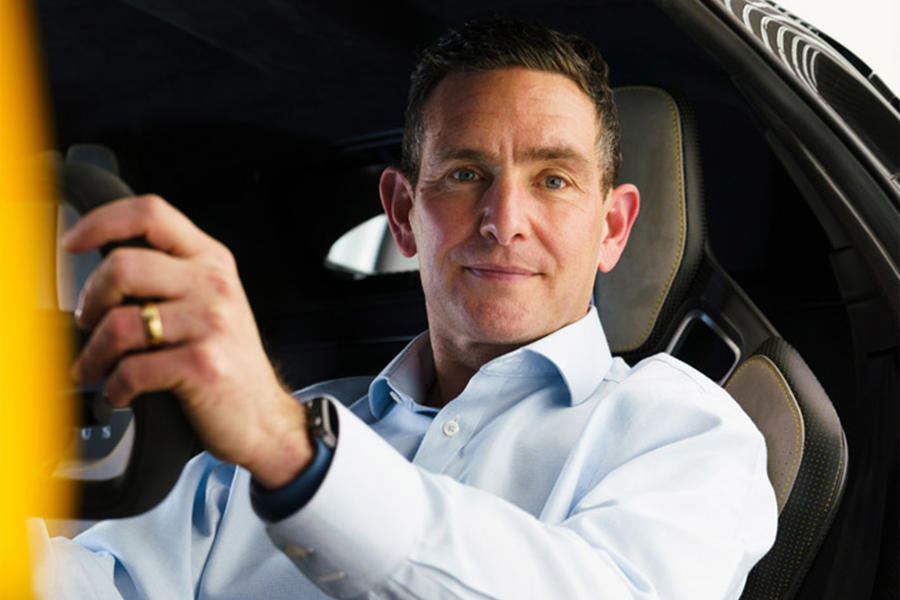 While the Evija is a technical tour de force, it hasn’t proved to be a sales hit yet. But Windle insists that the decision to create it and the funds spent engineering it will have been justified even if it doesn’t reach its production limit.

“We haven’t allocated 130 to sales; we said that we would never build more than that, and we won’t build any that aren’t ordered,” he says. “The Evija isn’t really based around sales figures; it’s what it does for the brand. It’s a halo product, one that shows where we’re going in the future. We wanted to put Lotus back on the map with it, and that’s what we’re doing – and that will increase later this year when we prove the performance level.”

Another heart-over-head decision is motorsport, with Windle agreeing that Lotus’s lack of factory racing activity doesn’t match with the brand’s historic legacy. He says: “It’s a huge part of our heritage – every day, I walk past the big sign outside the entrance with the seven [Formula 1] world championships on it and the pictures of the cars. That nags at me.”

Rejoining F1 is unlikely any time soon, but Windle says Lotus should make a more modest return to GT4 racing with the Emira next year.

It might seem odd to be asking about this in his first interview, but the proven hotness of Lotus’s hot seat makes the question of Windle’s legacy with the firm seem justifiable. How does he want to both change it and pass it on when the time comes? 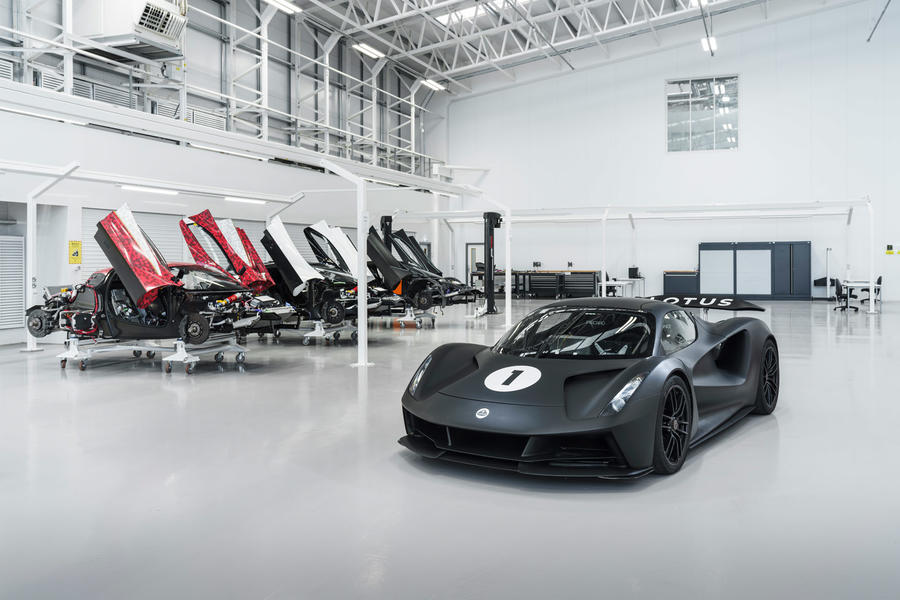 “It’s all about turning it into a sustainable business, getting to where revenue can fund new products so you’re not trying to borrow or raise money all the time,” he says. “I suppose my job really is to set us up for the next 70 years. In the previous 70, there have been some points where we’ve only just survived. It’s that security, that sustainability, which is really important.”

“I’ve always been able to drive different products and I’ve never got into a car collection; I’ve always enjoyed using the company garage when I’ve been able to. I have had some semi-interesting cars over the years: an Alfa Romeo 156 V6 sticks out as one of my favourites. I am, however, buying a final-edition Elise. I’d always promised myself one and it’s now or never, so I’m investing in one. It seems appropriate.”

“We had a close relationship when I worked for Tesla. He is incredibly intelligent: I think he had about four brains on the go at the same time: ‘what are you going to do, when are you going to do it, have you done it?’. He wasn’t scared to make decisions, and I think that’s a really big thing. I’ve been in big companies where decisions have to go right the way to the top and then come down, and you don’t recognise them by the time they come back.”

Lotus boss: Emira will be a fantastic sports car you can live with

Please come back TVR, all is forgiven.

So they are dropping their best known products, and instead we are getting an updated version of the expensive one. It will come with 2 engines, one with a turbo, and an auto gearbox (neither very Lotus), so a manual Lotus will only come with the bigger (more expensive?) engine. And no more convertibles either.

But they have got a £2,000,000 EV if you want one. And some spare Lotus badges to stick on the back of a Chinease SUV one day soon.