BACK TO ALL NEWS
Currently reading: Exclusive: Lotus Evija launch pushed back until mid-2021
UP NEXT
Testing the UK's newest circuit in a Porsche Cayenne Turbo GT

Lotus has pushed back the launch of its Evija hypercar by a minimum of five months as a result of delays in the testing programme caused by the pandemic, Autocar can exclusively reveal.

The Evija, a near-2000bhp all-electric hypercar, was set to be with the first customers by the end of this year but that will now happen towards the end of the first half of 2021. Customers have been informed of the changes in a letter sent this week.

Lotus boss Phil Popham told Autocar that the Evija’s delay was caused by lockdowns, travel restrictions and the need for quarantines, meaning the firm has not been able to test its four dynamic prototypes in the variety of conditions needed.

“We have lost five months of testing, mainly in continental Europe,” he said. “We have missed hot weather testing in Spain. It’s not as simple as moving everything to the right as you have to book facilities and there’s a queue, with everyone in the same boat.” 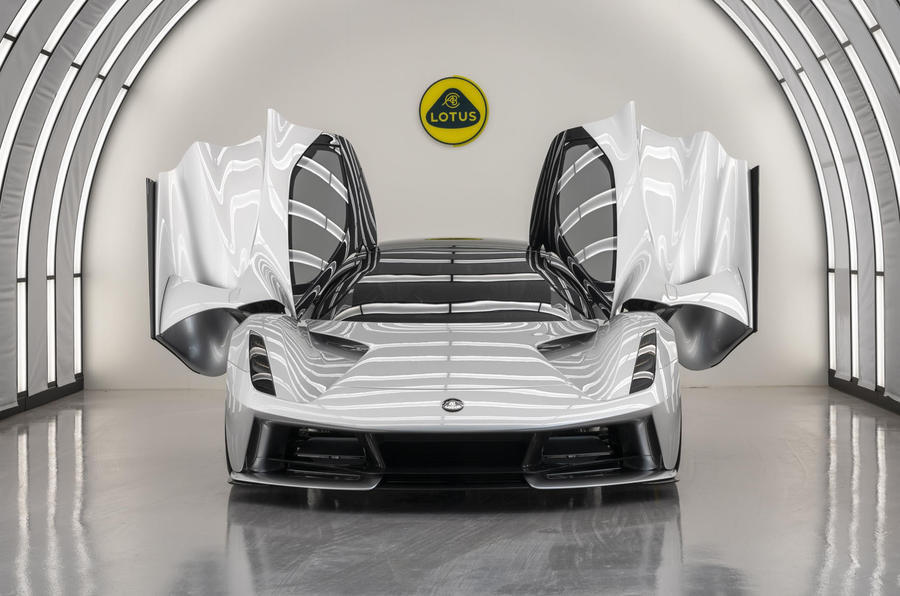 Popham said it is still “a moving target” around where testing will take place and the firm is in “catch-up mode” but it has already invested in extra engineering resource to get the Evija ready for production. He couldn’t rule out further delays due to the evolving global situation in the Covid-19 pandemic but he said being open and honest with a five-month delay was fair and right for customers, given the fact that the firm has lost five months of testing.

However, Lotus said it has used the delay in on-the-road testing to focus on development in other areas and, to that end, had made improvements to the Evija's aerodynamics and downforce, as well as finding that its power is actually above 2000bhp rather than the 1973bhp quoted at its reveal last summer.

Of the 130 Evijas due to be built, Popham said there are 70 people the firm is in discussions with, many of those already deposit holders. A world tour to show the car to potential customers had to be postponed in March when the pandemic hit Europe and North America, but events are now being reorganised to that end.

Popham said the firm’s all-new sports car, due next year to sit alongside the Lotus Elise, Lotus Exige and Lotus Evora models, is in a different stage of development from the Evija and has not yet been affected by the pandemic as the Evija has been.

Can Lotus bring back the beautiful hypercar?​

Can't believe Geely gave this the green light before replacing the hopelessly aging range of cars.

Not like Lotus to underdeliver is it, and yes, when Porsche to name but one owns your currrent models ass, why not concentrate on replacing your current range of aging cars?

Can't believe Geely gave this the green light before replacing the hopelessly aging range of cars.

Why?  Geely have given them money and freedom to proceed as they see fit, just as they did with Volvo, Lotus doesnt have the facilties to just start replacing its range, but they have started, and a new platform is coming very shortly, the difference with Volvo was they had a decent range based on ageing Ford platforms and engines that had to be replaced because of the cost of contining to use Ford parts, Lotus use very reliable modern Toyota engines and their own platforms.. Lotus will be continuing to use Toyota engines for the foreseeable future so there is no rush.