BACK TO ALL NEWS
Currently reading: The Gaydon Triangle: Inside Jaguar Land Rover's tech HQ
UP NEXT
How Max Chilton and the McMurtry Speirling conquered Goodwood

Jaguar Land Rover’s new £600m creative base could mark the start of a golden era for the company. We look around
Open gallery
Close

Volkswagen has its vast, brooding Wolfsburg and Fiat its magnificent Mirafiori. BMW’s Four Cylinder building beside Munich’s Olympic Park is considered so iconic that even though it opened in only 1973, it has already been preserved for posterity. And Opel’s Rüsselsheim base near Frankfurt is so vast that tour guides tell you it is “slightly larger than Monaco”.

Until now, Britain’s largest car maker, Jaguar Land Rover (JLR), has had no such technology epicentre, although things were different when Jaguar and Land Rover were separate companies. But Sir William Lyons’ old lair at Brown’s Lane, Coventry was shut and sold years ago and what was once Land Rover’s solus site in Lode Lane, Solihull now makes Jaguars as well as Land Rovers. And it doesn’t do design.

A proper JLR home where great ideas can be turned into great products – a notion as romantic as it is practical – has simply not existed. Until now.

Last month, JLR’s world changed entirely when its CEO, Sir Ralf Speth, opened a new Product Creation Centre, home for 13,000 engineers, near Gaydon, about 10 miles southeast of Warwick. In the five years of planning and three of construction, the complex has come to be known as the Gaydon Triangle in recognition of the shape described by the original airfield’s three intersecting runways. Its opening, combined with relocation to the Triangle of the 280-strong Jaguar design team, of JLR’s advanced engineering group and of the vital but little celebrated procurement team, means that for the first time JLR has an authentic nerve centre, a technical hub where its cars will be conceived, designed, engineered and developed and roll on experimental wheels for the first time, en route to approval for fullscale production. 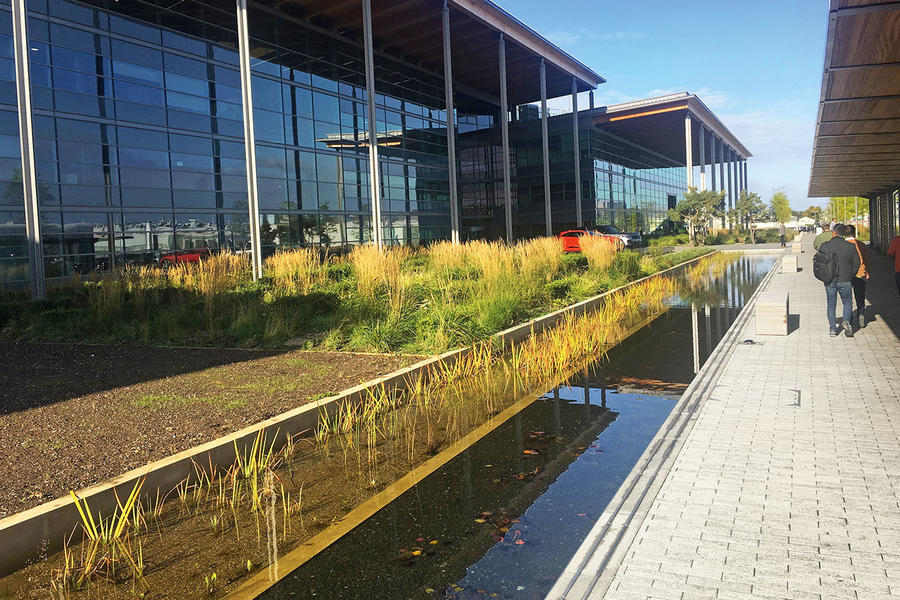 At the centre’s opening, Speth told Autocar that the base would “orchestrate all global engineering sites of Jaguar and Land Rover across the world – from China, Hungary, India, Ireland, Slovakia to the USA. For the first time,” he declared, “we can co-locate the essential divisions of the comprehensive product creation process with critical manpower here in Gaydon.”

In addition to being created here, all future Jaguar and Land Rover products will be tested on Gaydon’s collection of high-speed, suburban, cratered and muddy test tracks, as well as in its emissions labs and at temperatures down to -40deg C in its cold chambers. Such facilities have expanded “drastically” over the past 10 years, says Speth.

This Gaydon site has been prominent in local history for over 70 years. In 1942, it opened as a large RAF training airfield for bomber crews, criss-crossed by those three runways. In the 1950s and 1960s, it was a Cold War V-bomber base, again the main training centre for crews. After the Victors and Valiants departed in the mid-1960s, the RAF mothballed Gaydon until the late 1970s, when it was acquired as a somewhat secretive HQ for British Leyland Technology. It expanded chaotically as BL was variously joined and unjoined by the Rover Group, British Aerospace, BMW, Ford and Tata Motors in 2008, which saw it as a base for JLR. 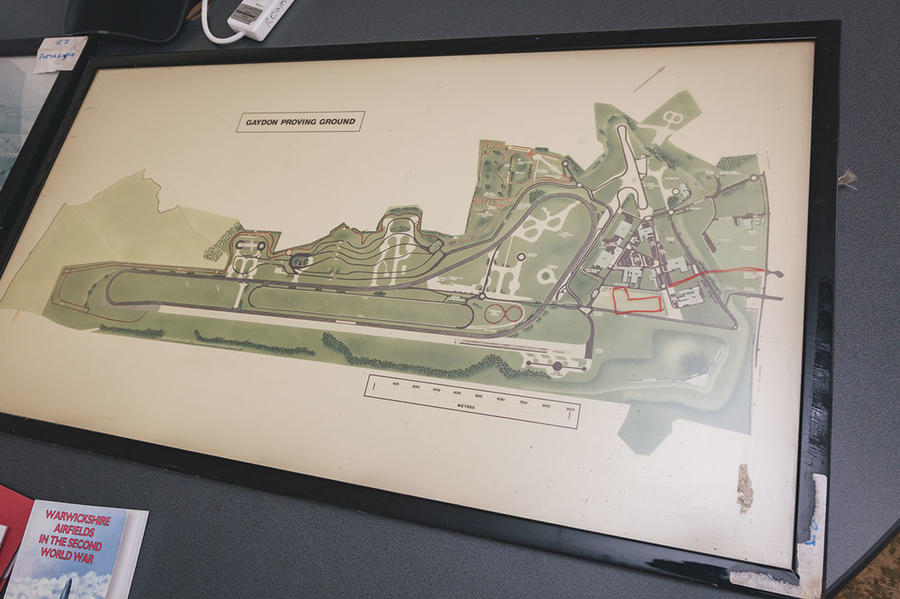 In his stirring opening address, witnessed by employees as well as visitors, Speth made it clear that the new Gaydon Triangle, and the relocation of Jaguar design within it, represented the turning of a vital page for JLR. Pulling no punches, Speth declared: “The future of a wide field of future mobility has to be electric, based on green or renewable energy.” This seems a much more far-sighted approach than one might have expected from the boss of a company aiming to thrive by producing large, powerful premium vehicles. It appears to promise more radical developments in future.

Quoting Abraham Lincoln (“the best way to predict your future is to create it”), Speth talked extensively of a “Destination Zero” philosophy he is adamant will guide JLR’s future. Destination Zero means zero accidents, zero emissions and zero congestion, and all would eventually be delivered by vehicles designed, engineered and built in environmentally friendly, carbon-neutral JLR manufacturing plants.

“Our vision is for a world in which zero-emission vehicles, public transport and self-driving pods will form one smart, integrated and networked transport solution,” the CEO said. “These vehicles will be constructed using circular economy principles – new, sustainable, self-repairing materials plus upcycled and natural fibres that reduce emissions.” 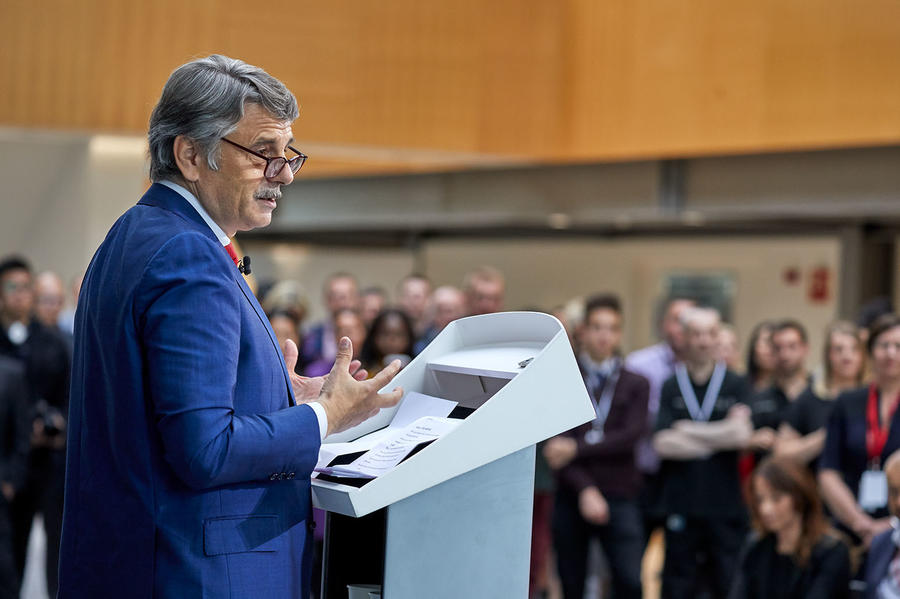 With talk centring so firmly on future transport, a visit to Jaguar’s new design complex seemed a must, especially since newly appointed Jaguar design director Julian Thomson made it clear that this visit was a one-off. Visitors are never routinely invited into these portals, he said, and even most people at JLR are denied access. “Once you’ve left, it’s over,” said Thomson, assuring us that although Land Rover’s studios are now located right next door, the two facilities will function independently of one another.

We walked through superb new facilities into the various phases of the design process. Jaguar now has two large studios (cutely numbered Studio 3 and Studio 4 to recall the racing numbers of Jaguar’s early Le Mans winners), which are located either side of what designers call a ‘heart space’, where meetings and casual conversations hatch the best ideas. Thomson’s two deputies, Alister Whelan (interior) and Adam Hatton (exterior), had laid on various displays of design operations and techniques – your humble servant proving worthless as a clay modeller. 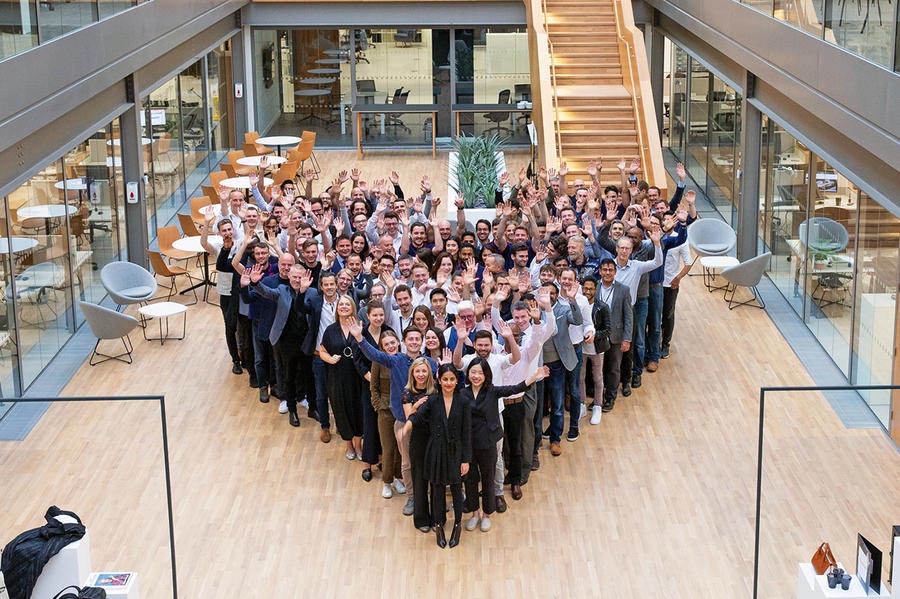 It all seemed bewilderingly rapid: outsiders in design studios are not encouraged to fasten on details. But my impression was of just how much designers do these days, how much space they have to do it in (half the floor area of St Paul’s Cathedral), how advanced are the processes they now have at their disposal, and how far they are required to look ahead. “We’re designing cars that will still be on the road in 2040,” declared Thomson, just before we departed. “It’s a major challenge.”

Our Gaydon visit for the Triangle’s opening followed a preliminary tour, during which we were shown the site’s wider and much more natural facilities that there would be no time for at the official opening. We saw (and stood on the roof of) the original 1942 control tower, now used for engineering meetings. We saw some of the 70,000 trees planted over the past eight years (45,000 willows, 25,000 other indigenous species) and some of Gaydon’s four miles of newly created earth banks, intended both to reduce noise and remove a clear view of secret prototypes circulating the track from prying eyes. 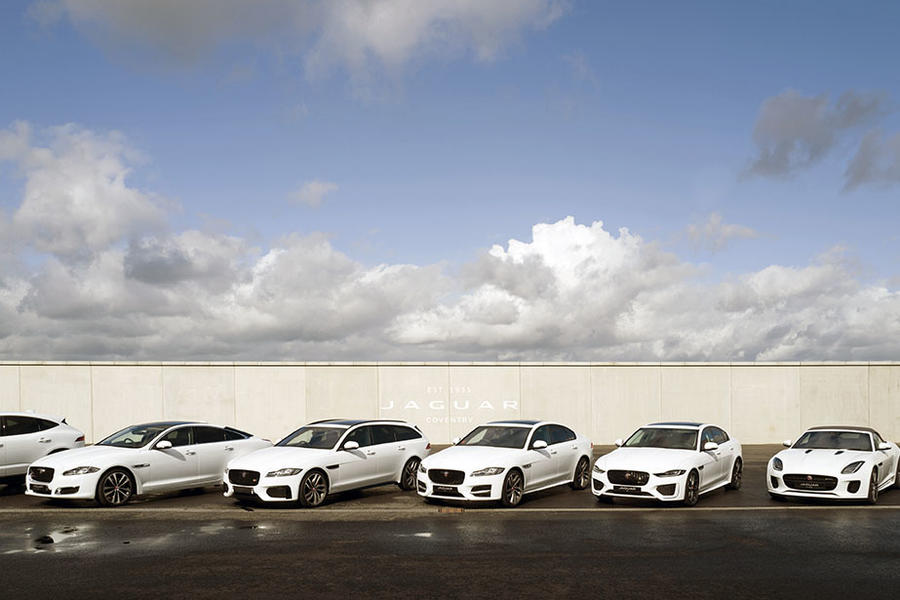 The high-speed circuit (see far right) is almost like a mini Le Mans, running to 3.373 miles of four-lane Tarmac that features a mile-long straight. There are a supporting 7.5 miles of handling tracks, dubbed ‘low speed’, even if they didn’t feel that when your writer was once drivenon them in a prototype Jaguar C-X75 supercar by a madman test driver from Williams Engineering.

Not that it’s all about speed. Gaydon’s natural environment is also very carefully managed, as a boundary tour by Land Rover Discovery with the site manager at the wheel, impressively showed. Great care is taken to protect flora and fauna (even butterflies and beetles are taken into account) and site bosses encourage regular visits from local nature conservation groups. “Environment is an obligation for us all,” Speth declared, “and the automotive industry is playing its part.”

To mark a day like this, a fast run on Gaydon’s wide, rapid test track (amusing labelled by some as the ‘emissions circuit’) seemed a must. Once, years ago, I was allowed to drive a Jaguar C-X75 prototype at full speed down Gaydon’s long straight of more than a mile. Having been assured that only 200mph would do for proper drivers, I managed a mere 193mph. Not bad, said my companion, the car’s usual custodian, almost holding back a sneer. 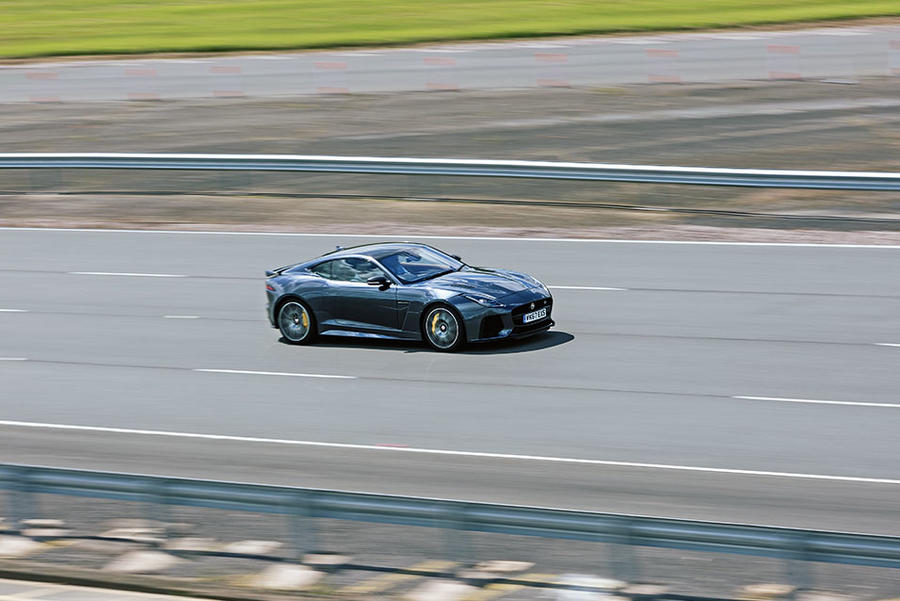 Drivable C-X75s aren’t thick on the ground, but in honour of Jaguar’s relocated design studio, I took to the track with a 567bhp Jaguar F-Type SVR, accompanied by Jaguar’s legendary test driver, Mike Cross.

The SVR seemed too comfortable, quiet and spacious to replace in my experience a car as specialised as the C-X75, what with its low weight and tiny frontal area. Yet it did nearly as well. True, we took a run onto the straight, hitting it at 50mph or so. But the car accelerated hard to 150mph, slowing a little thereafter but still accelerating quite strongly. We ran out of space at 185mph, and did it again to check. 186mph. Fast enough to mark the moment, we agreed.

I wonder if it will translate into quicker production cycles more upgrades and better designed interiors. Think they are right electric and battery technology will become shared and design interior and exterior chassis quality become the differentiators. Wluld live to hear from Alister Whelan why Jaguar interior design has lost ground!

It was all sounding so

It was all sounding so pleasant and impressive, until they mentioned the elephant in the room (literally) ..... the Land Rover Discovery. Did they have to spoil it all?

You have been there and was impressed.

From the description in the article I am sure it is an envoronmentally friendly building and a comfortable place to work in.

But none of these requires the building to be architecturally distinguished. I was talking about an iconic building that serves also as an advertisment for the company (Fiat's Turin building with its rooftop race track comes to mind)

Has Fiat's building helped them design attractive cars that sell over the past 10 years?

....I doubt it. Lingotto has been closed as a car production facility since 1982!

It is a Hotel/Theatre/convention centre....albeit an inspired piece of architecture. It still has the test track on the roof.