BACK TO ALL NEWS
Currently reading: Twenty-five ‘new’ Jaguar D-Types to be built in original Le Mans specification
UP NEXT
Oxfordshire firm reveals 371bhp Porsche 964 911 restomod

Jaguar Classic will build 25 D-Type racing cars in original specification to complete a run that has remained unfinished since 1956.

When the final D-Type rolled out of Jaguar’s factory 62 years ago, it was chassis number 75 of 100. The ‘new’ run of cars will pick up where that car left off and be made using the same design drawings.

The D-Type, which won the Le Mans 24 Hours race three times between 1955 and 1957, was powered by a six-cylinder engine taken from the XK. It was produced in two forms, 1955-spec Shortnose and 1956-spec Longnose, both of which are offered now. 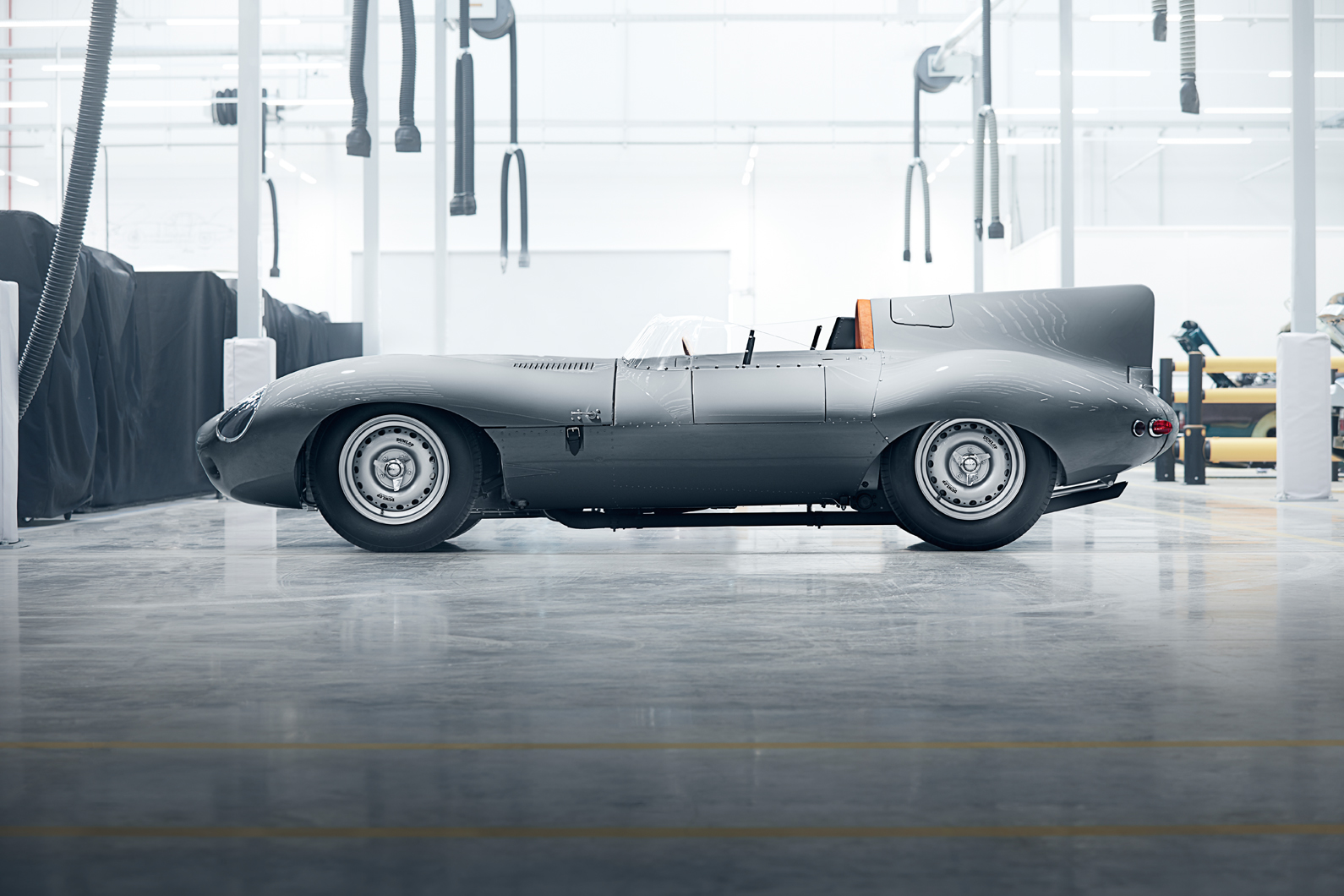 Jaguar Land Rover’s Classic division boss, Tim Hannig, said: “The Jaguar D-Type is one of the most iconic and beautiful competition cars of all time, with an outstanding record in the world’s toughest motor races. And it’s just as spectacular today.

“The opportunity to continue the D-Type’s success story, by completing its planned production run in Coventry, is one of those once-in-a-lifetime projects that our world-class experts at Jaguar Classic are proud to fulfil.” 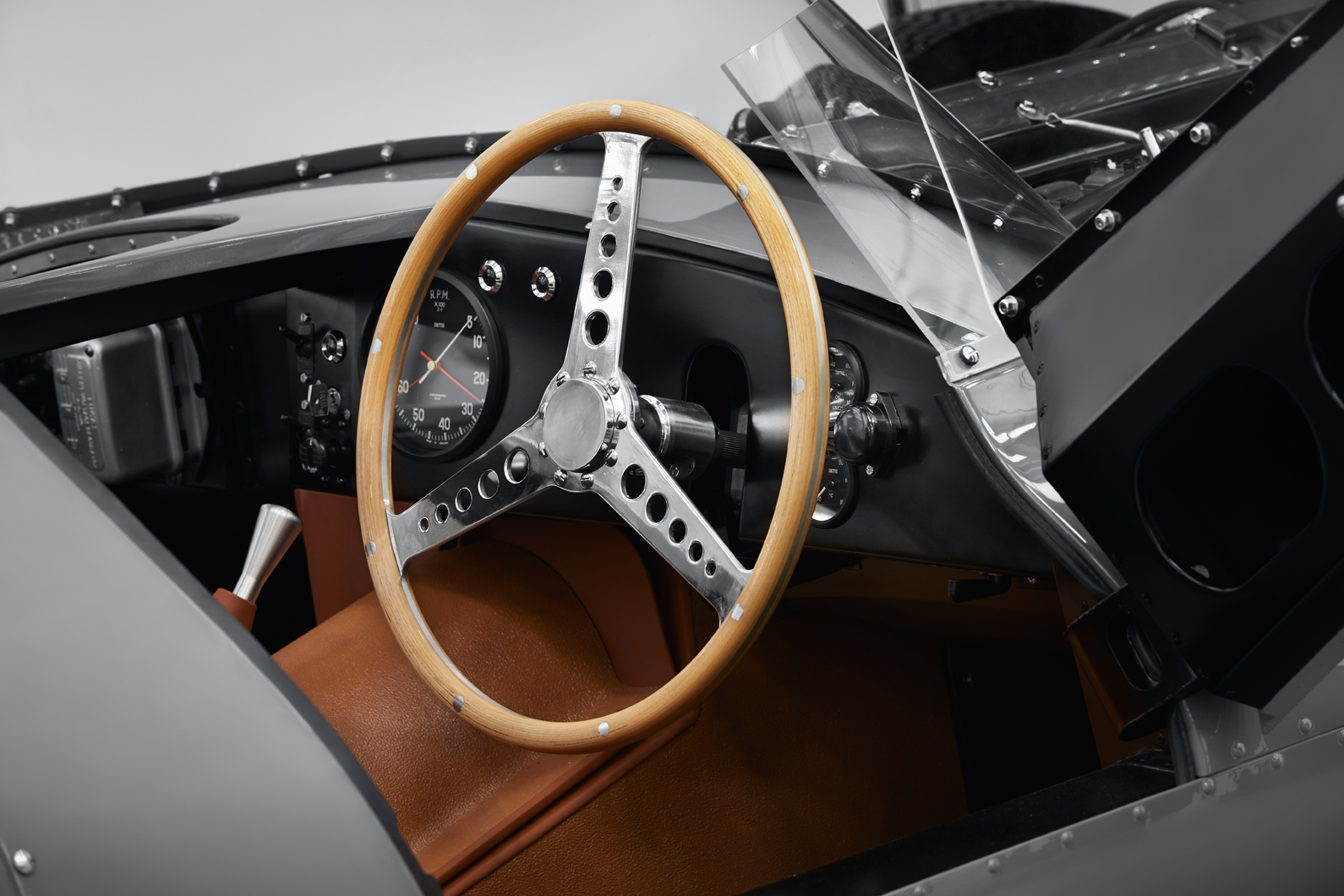 Jaguar Classic’s first ‘new’ D-Type will be an engineering prototype. It will make its world debut at the Salon Rétromobile show in Paris this week. Pricing is unconfirmed, but Jaguar Classic models have previously commanded seven figures.

The D-Type is the third continuation car to come from Jaguar Classic. It follows six Lightweight E-Types that were completed in 2015 and nine XKSS examples that began production last year.

I love the D-Type, but part of me feels that making a set of 'official' replicas diminishes the D-Type and Jaguar a little. Owners of real D-Types possess something rare and historically meaningful which will become less rare and less special.

I know that others make replicas, but they will never be Jaguars, and are not intended to be Jaguars. Jaguar should leave the replica market to others and concentrate on making fantastic modern cars.

i wonder if they will go down the XJ220 rabbit hole...

XJ220s wouldn't be economically viable, they would be far too expensive to try and replicate and the values of them aren't that high anyway. Plus with the advent of cars being bought for investment/speculation since the 80s, there's more likelyhood of running into legal challenges from existing owners. Seems a bit short-sighted to have done E-Types, XKSSes and now D-Types in such quick succession. Other than C-Type, what's left for the future?

i wonder if they will go down the XJ220 rabbit hole...

XJ220s wouldn't be economically viable, they would be far too expensive to try and replicate and the values of them aren't that high anyway. Plus with the advent of cars being bought for investment/speculation since the 80s, there's more likelyhood of running into legal challenges from existing owners. Seems a bit short-sighted to have done E-Types, XKSSes and now D-Types in such quick succession. Other than C-Type, what's left for the future?

ha ha, as the new Xe leaves me cold, could they replicate me an x type with the walnut dash and ivory leather interior like I used to have. Only this time make sure the electrics work, the back windows don’t rust due to having metal under the rubber, give it modern headlights, new engine, in fact all new mechanicals.

Actually, screw the x type. Can they replicate me a 1998 xjr in black with walnut and ivory interior. I want the outside exactly original and the interior the same but with better radio and electronic instruments.

If they can squeeze the 5.0 out of the f type in that would be great. Plus make it about £35k and do a good dealer deposit contribution and 0% finance please.

I can't wait until they announce the Austin Allegro Continuation!   Finally my chance go buy one!

Ok, seriously, the Jaguar D-Type is a work of art.  It's beautiful.