BACK TO ALL NEWS
Currently reading: Official: Bentley to axe 1000 jobs
UP NEXT
Spending 48 hours touring in a Ferrari Roma

Bentley is seeking to cut almost a quarter of its workforce as it looks to restructure the entire business under an initiative called Beyond100.

The Crewe-based luxury car maker has written to each of its 4200 contracted employees with a voluntary release package based on age, salary and experience and it is looking for at least 1000 of them to come forward. Compulsory redundancies have not been ruled out after the initiative's completion.

The move is the first part of the firm’s Beyond100 plan, which has the ambition of Bentley becoming “a sector-defining, financially independent and recession-proof business”.

However, like all car makers, Bentley has been significantly impacted by the coronavirus pandemic and it is not expecting to return to growth until 2022 at the earliest. Production was halted for seven weeks and each of those weeks cost the company £22m. At one point, two-thirds of the company’s workforce were on the government’s furlough scheme, and although production has now resumed at the Crewe plant, it is running at 50% capacity due to social-distancing requirements.

The job cuts are part of a much wider plan to restructure the Bentley business for the future. Called Beyond100, the new plan was originally going to be announced in March but was paused as the pandemic spread.

Now, Hallmark has outlined the detail of Beyond100, named after Bentley entering its second century. The plan is rooted in switching the brand to electrification and becoming an economically and environmentally sustainable business. 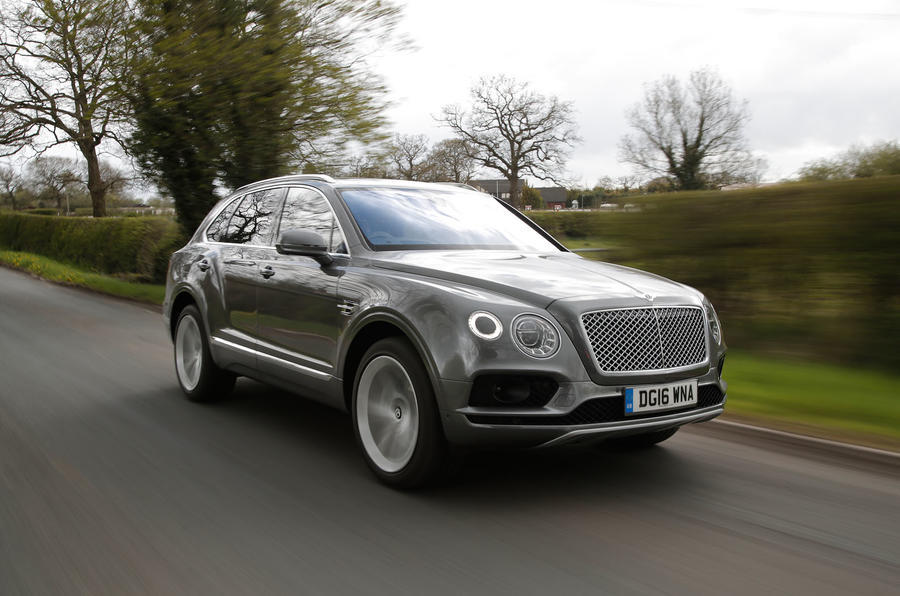 “I don’t see any risk to Bentley on electrification,” said Hallmark. “I embrace it.”

The first step of this is to offer a hybrid version of every Bentley by 2023, each positioned as a range-topping model. Hybrid customers will be encouraged to plug their cars in and run on electric power as much as possible to get them used to the benefits of zero-emissions driving, offering them an incentive in the process.

Hallmark is keen to follow the hybrids with the firm’s first fully electric car in 2025, or no later than early 2026, taking advantage of matured technology to allow the range, power and performance that Bentley owners will expect.

Bentley has made its factory carbon neutral and plans to make all of its cars zero-emissions by 2040 if not sooner, but now Hallmark has said Bentley will “invest in carbon-neutral materials that are ethically sourced and environmentally sustainable”.

He added: “We can remove all CO2 and ethical challenges from the supply chain and production and give luxury a clear purpose.”

An example comes in how the firm sources wood. It has already previewed on its Bacalar special a riverwood, wood found beneath water and out of the carbon cycle for 5000 years, which Bentley can use with no environmental penalty. It also uses wood from Hawaii from trees already fallen.

“We can do more to use wood already out of the carbon cycle,” said Hallmark. “It’s more expensive and rare, but it doesn’t harm the environment if we can then transport it in a carbon-neutral way.”

These kinds of materials will be introduced to Bentley in the coming years, to avoid a cliff edge in the next decade. Hallmark said it’s clear that these kinds of more ethical and sustainable materials are being demanded by buyers already.

As for the future size of the company, Hallmark is not putting any potential figures on how big Bentley can grow. Bentley has consistently sold around 10,000 cars a year for more than a decade, not seeing significant growth even after launching the Bentley Bentayga SUV.

Instead, Hallmark is determined for the company to become financially self-sustainable to fund future investments in products and technology, selling a predictable number of cars at the right prices to help drive this. Increasing the profitability of each car sold is one area the firm will continue to develop. The Continental GT already sells for 22% above the standard list price.

So Luca Da Montezemolo was

You call someone else an idiot, then go on to question if one Ferrari president will apologise to another in the afterlife when the article is about soley about redundancies at Bentley? Pot calling the kettle black me thinks.

After reading the headline i

Well I thought it was pretty funny!

I thought that was pretty good, it's got to be the most hideous, offensive car ever made. We can only hope.

From you, thats rich, but i will take it as the compliment you no doubt intended it to be.