BACK TO ALL NEWS
Currently reading: Gordon Murray to reveal McLaren F1-inspired baby coupe
UP NEXT
Rodin FZero: V10 weapon aims to be world's fastest car

Plans for an all-new ultra-compact high-performance coupé that uses McLaren F1 design principles, reinstates Gordon Murray’s original IGM car brand and showcases a “superlight” version of his iStream manufacturing process have been unveiled by the designer at an exhibition to mark his first 50 years of creating cars.

The low-volume fixed-head two-seater is believed to be about the same size as the Smart Roadster that Murray has always seen as near-ideal in size and packaging — but it will be built by Murray’s own team as a flagship for a new manufacturing business known as Gordon Murray Automotive. It will utilise latest materials and processes and be built with Murray’s typically fanatical attention to detail. No price or launch date has been announced, although Murray is understood to have at least one driving prototype.

The IGM brand — whose initials stand for Ian Gordon Murray, the designer’s full name — was coined for Murray’s first car, a roadster he built and raced in South Africa in his teens. The new coupé and all future GMA cars will have a redesigned version of the logo Murray first drew for that car. 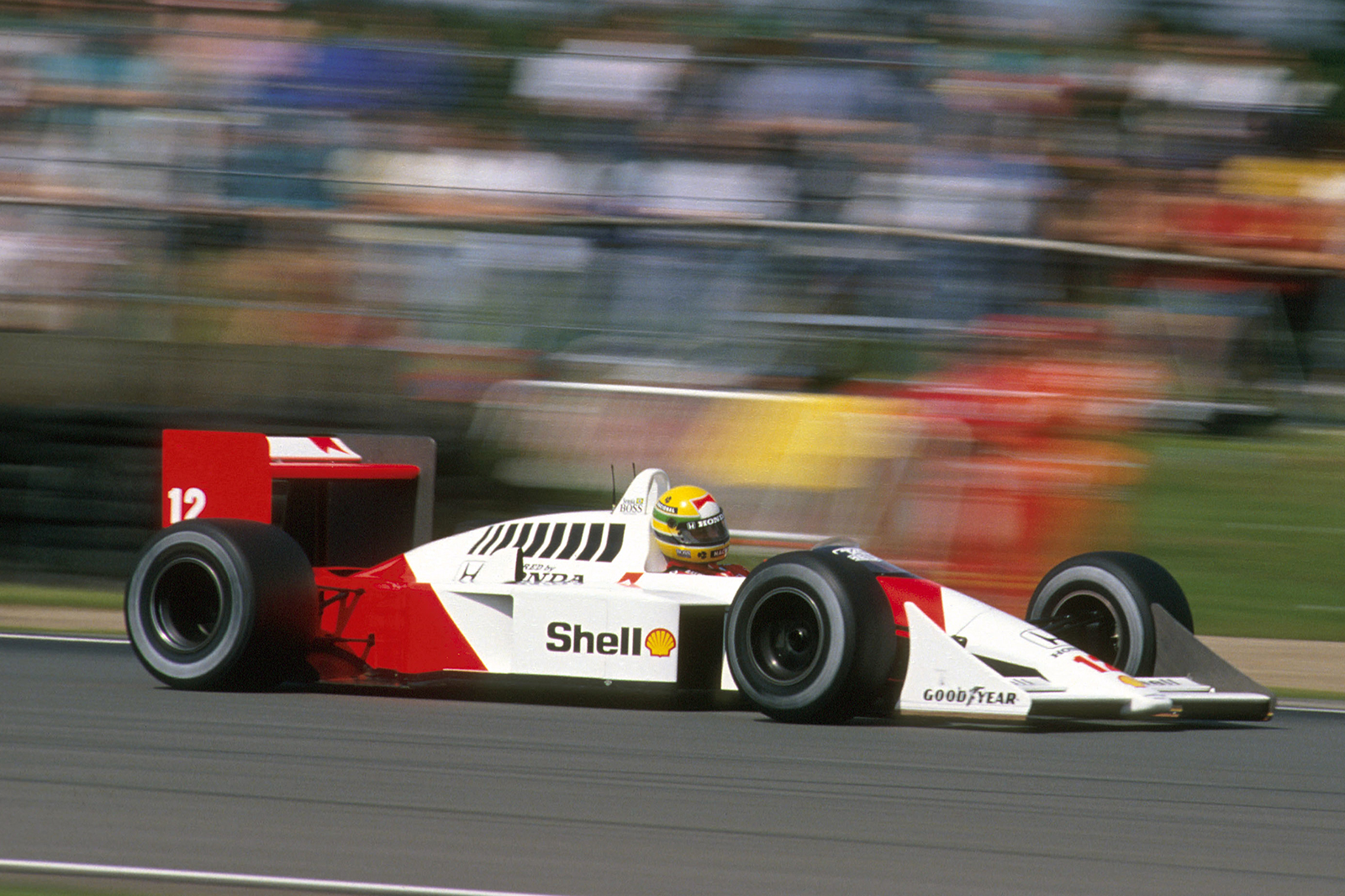 The new coupé is understood to be a transverse mid-engined design with a spacious cabin and generous front boot, despite its compact exterior. Murray says the new Superlight iteration of iStream replaces some tubular steel components with lighter, high-strength aluminium sections. The coupé’s body-in-white is claimed to be around 50% lighter than a conventional stamped steel structure.

The new IGM coupé could use a small-capacity, three-cylinder turbo engine of about 150bhp, driving the rear wheels through a six-speed manual gearbox, with all-disc brakes and new-design, fully independent suspension. Its likely 140mph performance flows from a combination of low weight and advanced aerodynamics, including a fully functioning rear diffuser. A teaser picture also shows a roof-mounted air scoop, reminiscent of previous Murray-designed sports and racing cars that collected air that way to feed the turbo and cool the engine bay. 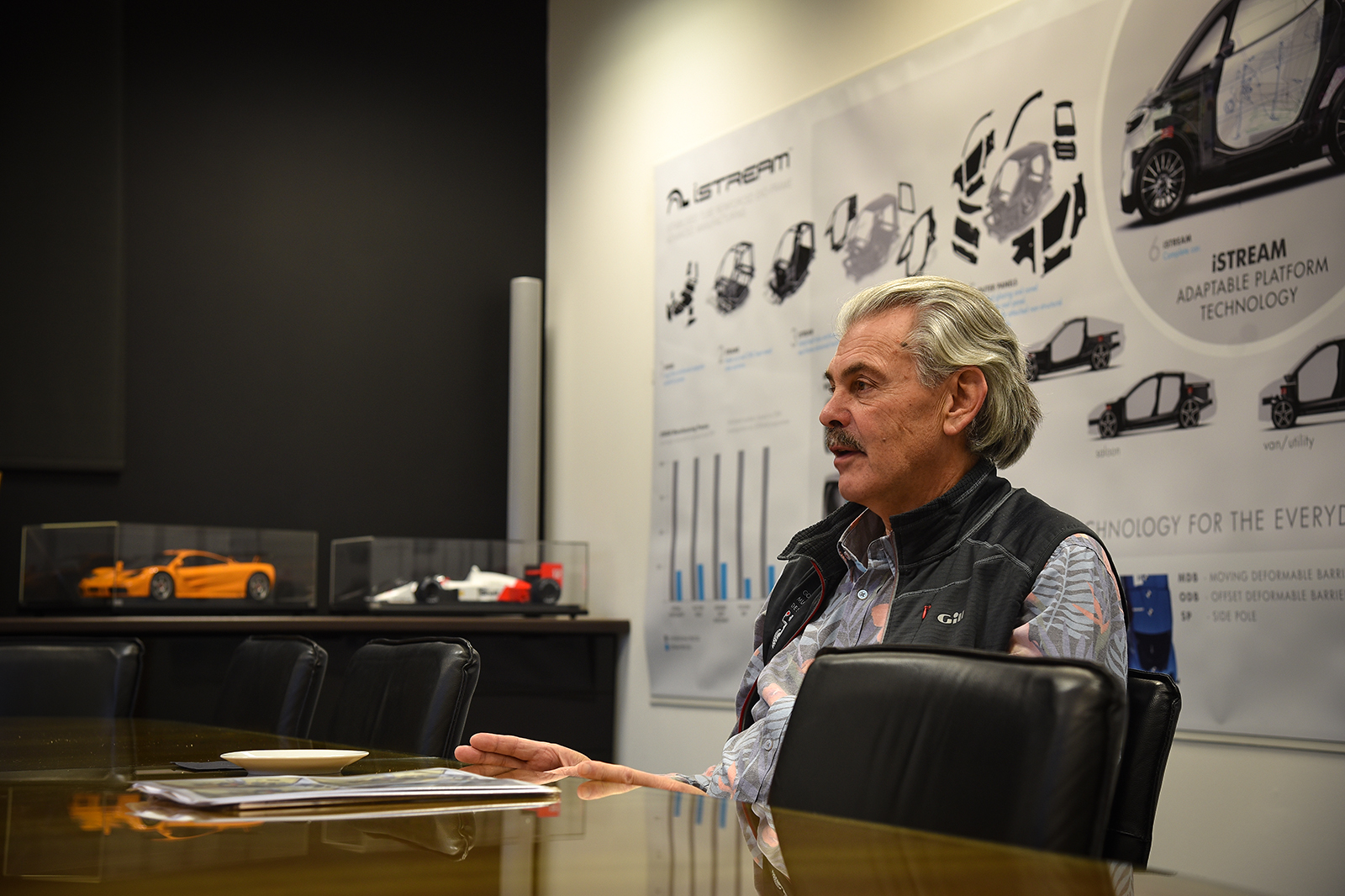 Back in 2015, Murray built a concept along very similar lines for Yamaha to take to the Tokyo motor show that year, but the motorcycle company — believed then to be contemplating car manufacture in Europe — showed the car with a body of its own design and has since revealed little about the project. Murray is now believed to be keener on bringing his own designs to life in small batches, using both the IGM badge and those of selected clients.

Murray’s 50-year exhibition, labelled 'One Formula' like the book that will follow, is an invitation-only event featuring around 40 of the 50 Murray designs built so far. Highlights include the famous Brabham BT46B 'fan car' and the 1988 McLaren MP4/4 in which Ayrton Senna scored his first Formula 1 victory. A sidelight to the official line-up is 'Gordon’s garage', a selection of the designer’s own cars and motorcycles, including a Honda S800 and an Abarth 750 Zagato.

The event’s other purpose is to introduce visitors to the new headquarters for GMA. The original business, Gordon Murray Design, will stay in Shalford, Surrey, for the time being.

I think Gordon Murray is mistaking...

Automobiles and sports cars are about formatting products meant for driving. People don particularly like tiny cars or 'small' sports cars. You have to change the format and people's expectations first before you can start downsizing. Might be an explanation that he hasn't been succesful with his city car attempts so far.

An imaginative designer but he did not have full input in the MP4/4. The concept was build upon from the previous years F1 car penned by Steve Nicholls. The MP4/4 was Steves design not Gordons in this instance...

Gordon Murray designed the McLaren in which Senna won his first championship ... Senna's first win came in a Lotus in 1985.