BACK TO ALL NEWS
Currently reading: Google reveals 13 near misses in two months for its self-driving cars
UP NEXT
Lotus Emira vs Porsche 718 Cayman

New figures published by Google about its autonomous vehicle development reveal that test drivers had to re-take control of its cars a total of 13 times over two months in near-miss incidents.

Drivers were also handed back control thanks to 272 recorded technical issues, comprised of both software and hardware failures, illustrating how much work is still to be done before Google’s self-driving vehicles can reliably and safely operate unaided.

The figures were collected between 24 September and 30 November 2015, as ordered by the California’s Department of Motor Vehicles, and account for a total of 424,331 test miles covered by Google’s fleet, which is made up of modified versions of the Lexus RX450h and electrically-powered Google Koala test cars. 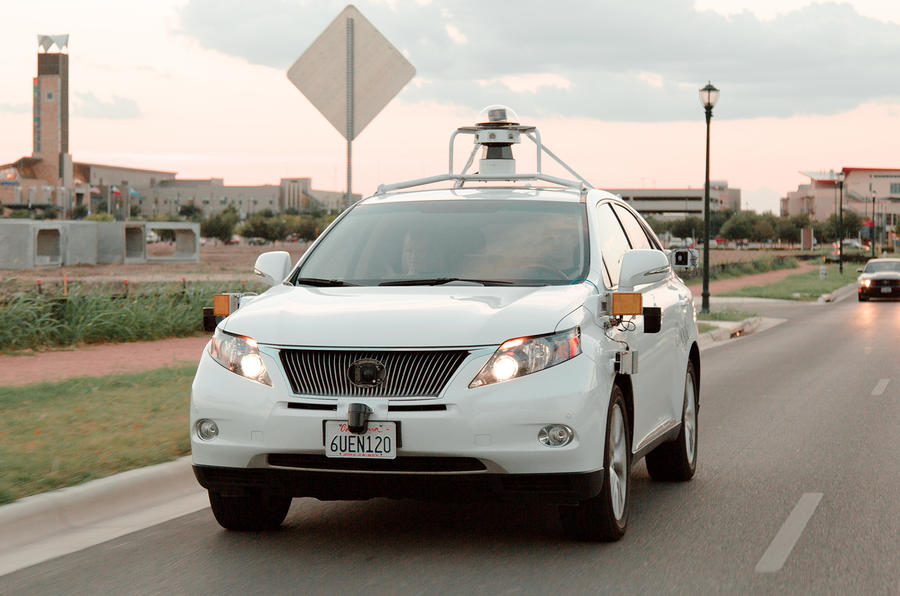 Of the recorded incidents, Google reports that 69 disengagements were due to concerns for safety, although only 56 of those account for real-life situations. The other 13 were ‘simulated contacts’, events that are digitally replayed versions of previous disengagements on Google’s online simulator. The simulator drives more than three million virtual miles each day and is said to be able to predict the reaction of human drivers, cyclists and pedestrians to determine whether a test driver’s intervention was necessary.

In quarter four of 2014, Google’s cars covered an average of about 600 miles per disengagement. That figure improved substantially to about 2900 miles a year later, although that increase is largely attributed to increased technical reliability. Safety-related disengagements actually increased in quarter three and four of 2015, with the average miles per incident dropping from about 9000 in Q2 2015 to 6000 in Q4.

Google insists these numbers aren't entirely representative of safety, saying "the 56 events would very likely not have resulted in a real-word contact if the test driver had not taken control".

The results make it clear that a true self-driving car that can navigate through all driving scenarios is still a long way off. Aside from reliability and safety-related disengagements, Google’s test drivers still have to take control when unfamiliar road circumstances, such as road works, appear.

Google’s report appears to support the words of Renault-Nissan boss Carlos Ghosn, who recently argued that we won’t see ‘true’ self-driving cars before the year 2025. His comments came in response to Tesla’s Elon Musk, who proclaimed that his brand would be the first to produce an autonomous car.

So why don't we concrete over a railway track, say the Chiltern Line in SE England and replace an expensive commuter service between London and Birmingham with an autonomous vehicle area.
It would provide a controlled environment where a flexible mix of passenger and freight vehicles could test the technology.
Costs would be lower than Rail or Light Railway. Various vehicle sizes could be trialed, mixed classes of service, flexible service times and access points. Freight in containers taken off motorways, ditto coach services.
The capacity of the route would increase massively. Ticketting via stations or more likely mobile devices.
Just a thought!
scrap 14 January 2016

Don't know about you, but 99.9% of my driving certainly isn't fun. I would happily let the car drive me on certain regular journeys while I tooka nap, did some work or made phone calls. But I would certainly not be watching the road, and probably not able to retake control at a moment's notice. It would need to be fail safe.
androo 13 January 2016

Sounds like normal part of testing anything to me

Nothing to worry about here. I'm sure similar things happened before planes were allowed to fly hundreds of people around and land them in bad weather. You test and test and test until the problems become insignificant. It amazes me we've got this far this soon.
Beebrave 14 January 2016

I totally agree. It wasn't that long ago that a car being steered remotely was news. If all cars were self driving the roads would be even safer.
5wheels 14 January 2016

The point I was trying to make is that if all of the cars during the trial had been self-driving, then there would have been fewer accidents. PS. 99.9 plus 1 = 100.9. Old son.