BACK TO ALL NEWS
Currently reading: Ghosn to Musk: true autonomy is farther away than you claim
UP NEXT
BMW opens door to M1-inspired electric supercar

Ghosn to Musk: true autonomy is farther away than you claim

Renault-Nissan boss Carlos Ghosn has delivered a scathing response to Elon Musk’s claims that Tesla will be able to produce a fully autonomous car much sooner than other car firms.

Last year Ghosn said he thinks the company will have a self-driving car on the market in 2020. Announcing changes to Tesla’s autopilot system yesterday, Musk predicted that one of his company’s cars will drive itself across the United States within 24 to 36 months, but Renault-Nissan’s boss is insistent that true autonomy is still considerably farther away.

“I understand there is a marketing war, a lot of announcements; that’s fair, everybody wants a piece of it,” Ghosn told journalists at Nissan’s pre-show reception before the opening of the Detroit motor show, “but at the same time judge on what is on the market.”

Ghosn flatly refused to alter his prediction that the first self-driving Nissan is still four years away.

“The problem is very complicated; what is an autonomous car?” he asked. “If it’s a question of being autonomous on one lane on a highway or maybe changing lanes, then yes this is 2016, 2017.

“But if you’re talking about autonomous driving in a city, with crossroads or the car making decisions in complicated situations, then frankly I don’t think it’s going to be ready before 2020. If you are talking about self-driving cars in Palo Alto [a city in California with autonomous testing facilities], it’s not the same as in the real world.”

“What is very important is that we don’t want the consumer to be just able to buy the car; we want him to be able to drive it,” he added.

“If we have the technology but the regulator does not allow you to drive with your hands off the wheel and your eyes off the road, this is technology that is very nice but which doesn’t give any advantage. The advantage of autonomous drive is a connected car that enables you to video conference or do something else.”

Opinion - the life-saving Nissan that drives itself

Ghosn also says that he regards self-driving cars as a revolutionary improvement for the freedom of movement of older or disabled drivers. Nissan remains determined to be at the forefront of this revolution. 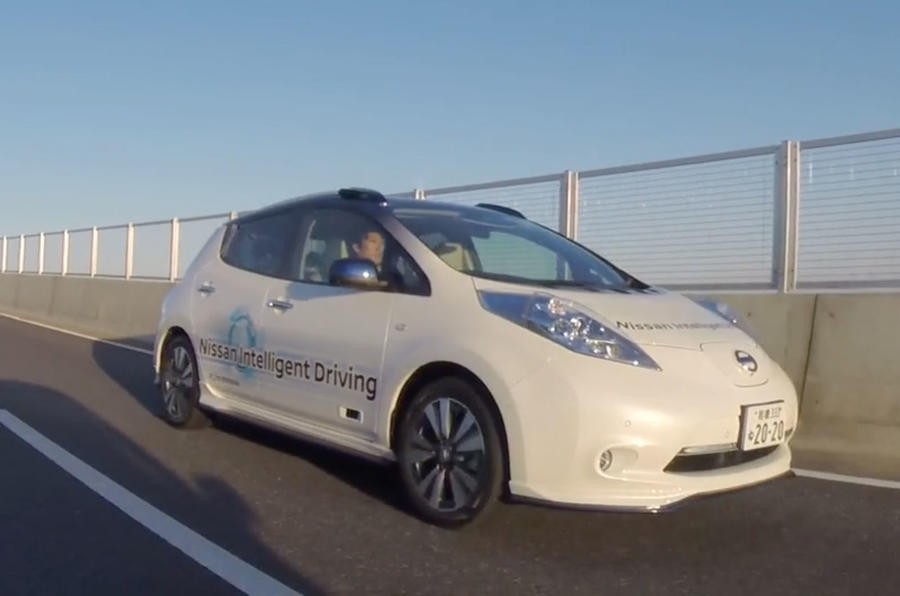 “With this technology, you’re going to be able to drive at 80 years old, 90 years old. This is important as the planet's population is getting older.”

Ghosn's comments have been echoed by Bosch's chassis systems control boss, Scott Winchip, who told Autocar at the recent Consumer Electronics Show that while piloted driving on the motorway will indeed be possible by the end of the decade, it may take until 2025 for a fully autonomous car to make production due to the complexity of urban environments.

As Ghosn says, this is nothing but marketing war. Everybody got their own version of what autonomous means. And to try and hurry this tech out to customers will spell disaster for the customers, as we have seen with Tesla, which they now thankfully have changed. In order to be seen as leader in new tech, Tesla installed a system with removed boundaries. It was nothing short of irresponsible, which we saw the results of in plenty of videos by Tesla owners. And no, you don't put new dangerous tech in the hands of morons. That is the whole point with autonomous, for it to be foolproof.
phildg1991 11 January 2016

It's great to see that the experts in the field agree, somewhat with me on this... i've just published a review of Autonomous driving on my blog.

I definitely agree that legislation and regulation will be the concept's downfall.

Call yourselves journalists, not one question on how much this ‘truly autonomous’ extra would cost, double the price of car, a Leaf for £50,000? And for once I’m going to disagree with Musk as I think his development money, in the short term alone, would be better spent on the Model 3.