BACK TO ALL NEWS
Currently reading: Analysis: why FCA Group is paying Tesla
UP NEXT
New Lamborghini Countach: epic UK road trip in reborn icon

Tesla boss Elon Musk has admitted that making money from selling electric cars is tough. But in the past few years Tesla has made millions by getting rival car firms to pay it for a surprisingly valuable commodity: nothing.

In the US, several states require car firms to produce a certain number of zero-emission cars, or face fines. But firms can buy EV ‘credits’ from other car makers, and because Tesla only makes electric cars, it has a huge number of those credits. In one financial quarter last year it made more than $190 million (£164 million) – more than two-thirds of its profit in that quarter – selling such credits to rivals.

Tesla has now found a way to turn nothing into profit with its European arm, through a new deal with the FCA Group, which owns Alfa Romeo, Fiat, Jeep and Maserati. In this case, the ‘nothing’ FCA is paying “hundreds of millions” of pounds to access is the 0g/km of CO2 emitted by Tesla’s EVs. 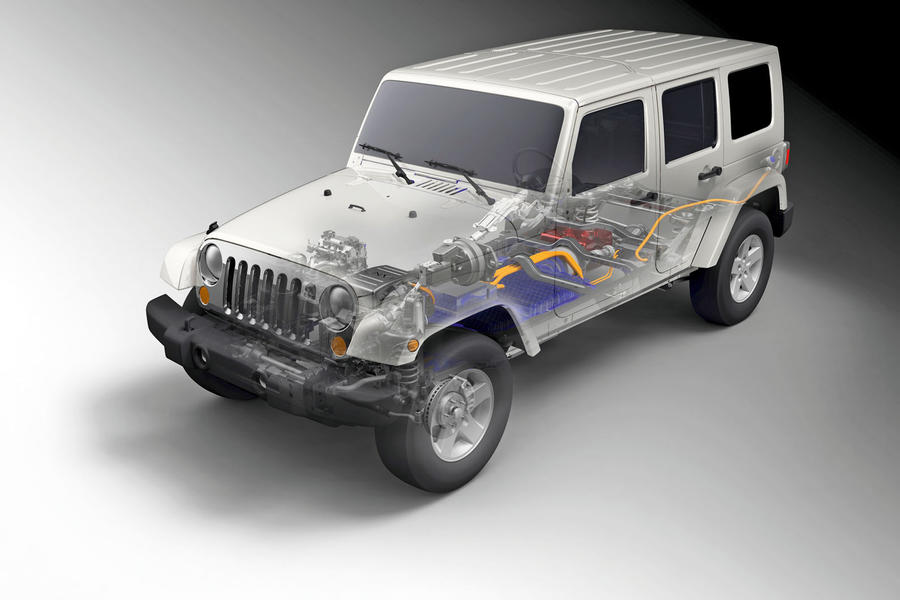 By 2021, the EU will require the average CO2 emissions of a manufacturer’s new car fleet to be 95g/km or under (adjusted for each firm based on average fleet weight and some credits earned), down from the previous 130g/km fleet-average target. The penalties for failing to hit those targets are fines of €95 (£82) per vehicle per g/km over the 95g/km limit.

FCA and Tesla have agreed to group their European fleets together in a ‘pool’, which the EU counts as a single entity when determining the average emissions of their new car fleet. FCA is in effect buying the right to use Tesla’s EVs to reduce its average CO2 emissions.

According to industry analysts Jato Dynamics, FCA sold 961,000 units in the EU last year, with a fleet average of 125.3g/km. Assuming no change in those figures, FCA’s 2021 target will be 89.8g/km, meaning the firm faces a potential fine of £2.8 billion.

Tesla only sold 29,000 units in the EU last year, but because cars that emit under 50g/km are rewarded with extra ‘super credits’, it’s enough to reduce the combined FCA/Tesla fleet average to 121.6g/km. While their 2021 target would rise to 91.6g/km (because of a higher average fleet weight), the potential penalty is reduced to £2.25 billion – a saving of more than £500m.

Felipe Munoz, an automotive industry analyst at Jato, notes that a lot depends on how much FCA is paying Tesla – and he adds that the 2018 figures don’t account for “the big impact” the Model 3 is having on Tesla’s position in Europe. “As it sells more cars, it will have a bigger impact in any pool,” he says. By 2021 the Tesla deal is likely to save FCA even more money.

FCA has also begun an electrification programme, with Jeep and Alfa Romeo plug-in hybrids and an electric Fiat 500 due next year. This deal will help to bridge the gap until those models are selling.

Munoz notes that FCA isn’t the only one facing massive EU CO2 emissions fines, saying many “are not prepared” for the 2021 targets. Jato cites both the PSA and Volkswagen Groups as being particularly at risk of massive fines. Meanwhile, Toyota and Mazda have also agreed to pool their fleets, as have PSA’s brands.

He adds: “By the time EVs become a real alternative to the internal combustion engine, it might be too late for the car makers, and many of them will have to look for solutions such as the FCA-Tesla pool.”

Munoz does note that while the deal works for FCA now, “they are at the end feeding a competitor, making it stronger and more threatening.”

Government's approach to emissions is counter-productive​

I dont understand the anger from most people?

Tesla invested heavily in BEVs. FIAT (so far) have not. FIAT are having to pay Tesla large amounts of money for their 'carbon credits', helping subsidise Tesla's investment costs. Therefore FIAT are being financially penalised for not investing in 'zero emission' vehicles, Tesla are getting financially rewarded for doing so.

The overall emissions from FIAT + Tesla cars sold in europe is being reduced as intended.

All parties are getting the results intended.

Don't understand your logic of 9 FIATs and one Tesla, FIAT still sell 10 cars but have a pay more to polute.

If the fine had been high enough for it to be worth FCA to 'tow the line' and keep to 130g/km then CO emissions from the 10 FIAT cars would be lower.  OR drop the worst offending cars/SUV's from it's range.

Don't understand your logic of 9 FIATs and one Tesla, FIAT still sell 10 cars but have a pay more to polute.

If the fine had been high enough for it to be worth FCA to 'tow the line' and keep to 130g/km then CO emissions from the 10 FIAT cars would be lower.  OR drop the worst offending cars/SUV's from it's range.

The numbers were a simplified example. The baseline for these figures is 2007 emissions. In 2007 FIAT's fleet had an average emission of x kg CO2 per km. Tesla obviously didnt sell any in 2007.

Therefore, the latest figures of FIAT and Tesla sales combined are improved against the 2007. Tesla sales are conquest sales that would have otherwise gone to other manufacturers (petrol/diesel) alternatives, so in my opinion are valid to be considered as a saving for someone, so why not to the highest bidder?

Obviously, in an ideal world, each existing manufacturer would have met the requirements by improving their own products AND Tesla's sales would improve the total from all manufacturers combined even further.

Wonder when the EU came up with money making scheme they thought they'd be in receipt of sizable fine monies, but, since the success of the Model 3 that money heads over to America. Better have a rethink Brussels

Tesla Europe has likely sold more cars in the last quarter than they had last year. When the new targets come into force, Tesla could be placed to offset all the fine that the FCA would incur, and still have some left to help out the others.
View all comments (14)