BACK TO ALL NEWS
Currently reading: Analysis: How will the UK handle the EV revolution?
UP NEXT
Exclusive: Morgan bosses detail ambitious growth plans

Analysis: How will the UK handle the EV revolution?

If the evangelists are to be believed, the automotive world is on the cusp of an electric vehicle (EV) revolution.

Indeed, the government has recently announced plans to ban the sale of new petrol and diesel cars and vans in the UK from 2040.

In a recent report, UBS predicted that, by 2023, a car such as the battery-powered Chevrolet Volt would cost the same to make as a conventional fossil-fuel-powered Volkswagen Golf.

However, the UBS report also suggested the first of the new-generation EVs due towards the end of this decade from big European companies are likely to be loss-making.

With onerous EU CO2 fleet targets to be met by 2020 and 2021, though, these new battery-powered models will be vital as sales of economical diesel cars begin to collapse. The big car makers might be happy to take a loss when the alternative is an EU fine.

The upshot of the UBS report is that it thinks EV sales will climb to 30% of the new car market in Europe by 2025 and 14% globally. UBS reckons that once longer-distance EVs can compete on price with a Golf and are clearly cheaper to run over five years, the EV revolution will truly begin in Europe and annual sales of EVs will be five to six million. With proposed CO2 fleet targets as low as 65g/km by 2025, mass adoption of EVs seems to have been baked into EU legislation. 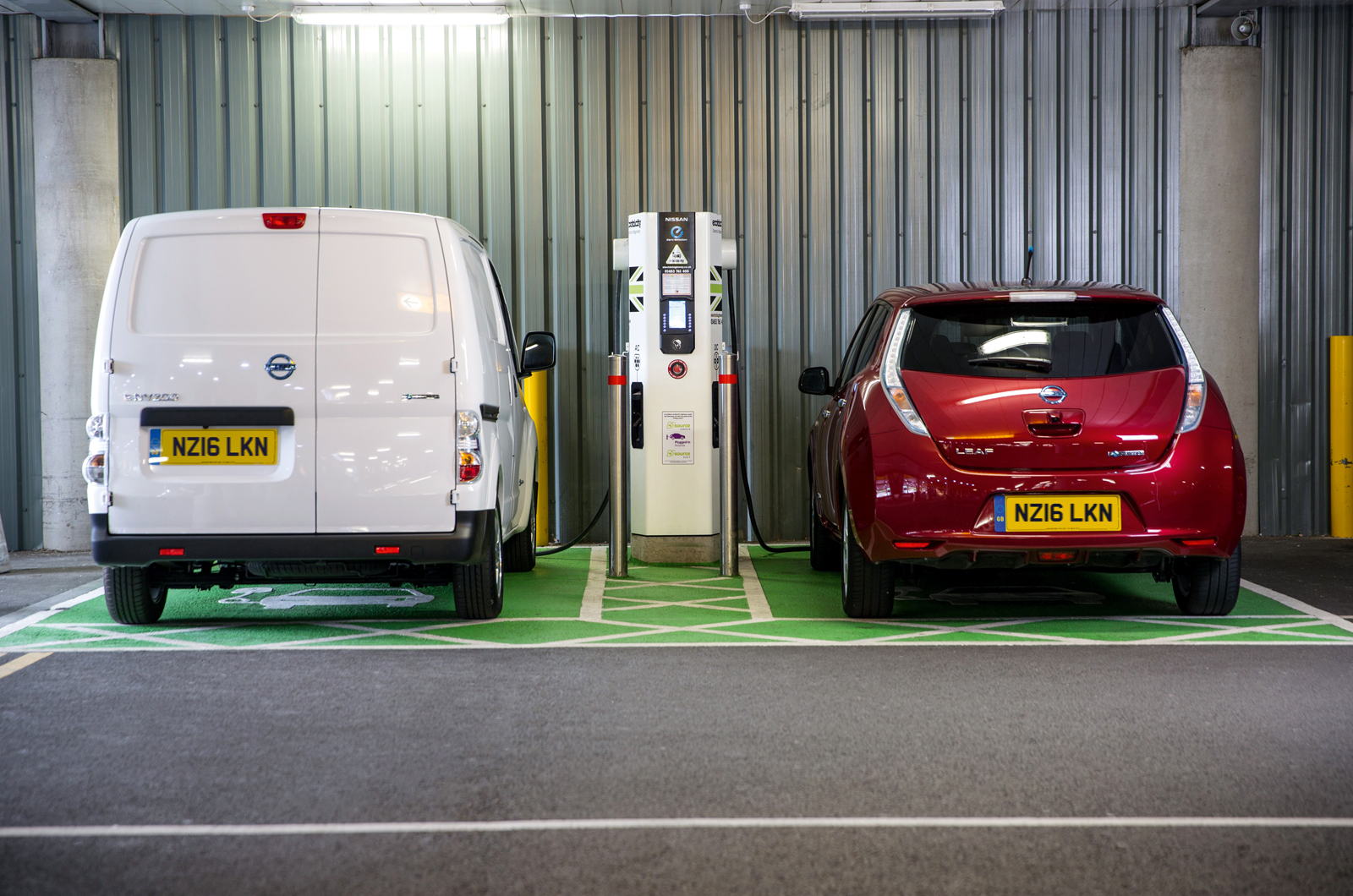 Which is all very well, but how will we be charging our EVs? Aside from the challenge of having enough charging spaces for hundreds of thousands of new EVs every year, there’s the pressing issue of the strains on the electricity transmission network. On top of that, there’s the question of how the electricity is being generated.

As I write this on a blustery afternoon in the UK, the national grid live monitor shows an impressive low-carbon performance. With demand at 34.5GW, the remaining UK coal stations are off, gas is producing 28.6% of the electricity, nuclear 23.7%, wind nearly 22% and solar 11%. That’s nearly one-third renewable and over half of the generation is ‘low carbon’.

A bright and blustery day is ideal for showing the potential of renewable energy, but critics are probably right to say ‘renewable’ also means ‘intermittent’. What happens in winter, when demand is higher and the days shorter? And what happens on a still winter night when large numbers of EVs are trying to charge up?

The challenge of charging a big EV fleet is going to be significantly more difficult in the UK because of plans to decarbonise its power generation network. According to the Climate Change Committee, a governmental agency, the UK is planning to totally transform the way its electricity is generated.

The UK is legally bound to generate 30% of its electricity by renewables by 2020. The target is for electricity generation to be almost totally carbon-free by 2050, so the UK’s electricity feed will come increasingly from renewables over the next decade. That’s another reason why having large numbers of batterypowered cars is necessary: when the wind blows and the sun shines, that energy needs to be soaked up by batteries and EVs will be ideal to do that.

If that’s not a big enough hurdle for the EV revolution, there’s the issue of strain on the network. One pressure group — the Green Alliance — has said clusters of recharging EVs could cause voltage drops locally, potentially damaging electric equipment. Even government ministers have publicly warned of the effects of EV owners all plugging in during the early evening. Electricity providers are talking of the need to spend significant sums on upgrading the network to take the extra loads.

The real solution, claims James O’Neil of Finnish company Ensto, is insisting that all car chargers installed from now on are smart chargers. Yes, he might well say that because that’s what his company makes, but he’s also right.

“While it’s being charged, an electric car will consume the same amount of power as a whole house will over 48 hours or even longer,” he said. Such loads will stress local networks, especially during evenings.

Ensto’s Chago chargers are connected to the web and use data streamed from the cloud to manage charging across a local area. But in the future, vehicleto-grid communication can use driving and parking patterns and even pre-selected sat-nav information to decide when and for how long individual vehicles are charged from the network. Such grid communication will be essential in the UK, especially given the 2040 plan.

To further even out power demand, O’Neil has also suggested these smart chargers be fitted in shopping areas and supermarket car parks. He said: “Regular charging throughout the day — including at workplaces — will also spread the load on the grid. Which is why fitting smart chargers is the only way to achieve genuine dynamic load management.”

There’s no doubt that the combined forces of long-term EU and UK government policies — the push towards EVs and the decarbonisation of UK electricity generation — will make our automotive future considerably more complex. It will take significant foresight and vision to ensure the UK is in a position to offer both worry-free EV motoring and low-carbon electricity by 2040.

something new? of course ev vehicles are more or less the only way forward. and yes they will become very effecient in the year of 2050! so effecient that 34.5 mw will be more or less into a 1/4.

something new? of course ev vehicles are more or less the only way forward. and yes they will become very effecient in the year of 2050! so effecient that 34.5 gw will be more or less into a 1/4.

I already have an electric car.  It has a built-in timer and charges overnight (starting at 23:30) automatically without me doing anything other than plugging it in when I park it.When I bought the car, I moved the house back on to Economy 7 so the car charges for half the price it would in the day.  A large proportion of other EV owners I know do exactly the same thing.

These figures are just BS distributed by those with pecuniary interest in Nuclear energy.

We dont need barriers, we just need turbines mounted in the water (same as wind power), but with the Turbine bit underwater harnessing reliable 24/7 energy without bespoiling the view with huge windmills.

Any fool can see that it is far more expensive, let alone quicker to build in this way rather than constructing buildings to withold the deadliest form of poisoning known to man....and thats with out the other whole life costs of Nuclear generation.

La Rance tidal power station in Brittany was opened in 1966 and had paid for itself within 20 years - plenty of scope on the corresponding English side of the channel. As with most projects in UK, the lobbyists and NIMBYists defeat any progress