BACK TO ALL NEWS
Currently reading: Analysis: How EVs are sparking a noise revolution
UP NEXT
UK has electric car charging ‘black holes’, warns AA

Noise, or specifically the lack of it, is one of the most notable differences between combustion-engined and electric vehicles (EVs). And while many claim that silent electric cars will make roads and cities quieter and calmer, you can easily find sensational headlines warning that ‘dangerously quiet’ EVs are ‘silent killers’ that pose a risk to inattentive pedestrians.

Predictably, neither extreme is entirely accurate. Not least because, contrary to the hopes of some and the fears of others, EVs aren’t silent. They’re not allowed to be. But they do give manufacturers the chance to decide exactly what they want their cars to sound like.

Following research that showed silent EVs could pose a risk to pedestrians, cyclists and other vulnerable road users, especially those with visual impairments, most major markets are introducing Acoustic Vehicle Alerting Systems (AVAS). In the EU and, as things currently stand, the UK, AVAS has been compulsory on all new types of electric and hybrid vehicles since 1 July 2019, and it will be required on all hybrid or electric vehicles sold from 1 July 2021 onwards.

That doesn’t mean EVs will be emitting all manner of strange noises in the future, though, because they have to comply with various bits of legislation. The EU uses United Nations Regulation 138, which requires AVAS to operate at speeds of 0-20kmh (12.5mph) and project a noise of between 40 and 60 dB(a) in a two-metre radius. This must fall between certain frequencies and move upwards in frequency as the car accelerates to 20kmh.

Despite those limitations, manufacturers have still been given considerable freedom to determine what their cars should sound like. 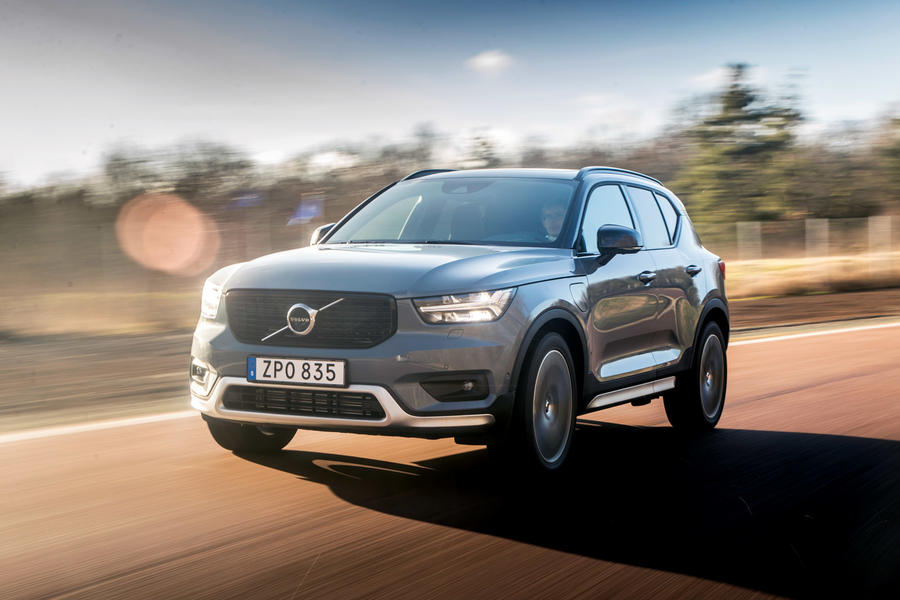 Most are clear about ruling out simply creating an artificial combustion engine sound. As Volkswagen Group design chief Klaus Bischoff put it on developing the noise for the electric ID 3: “Everyone should immediately think ‘wow, that can only be an electric car’. And their second thought should be ‘yes, that’s a Volkswagen’.”

BMW Group sound designer Renzo Vitale said: “We’re defining a new paradigm. There’s a shift in how the energy [for car propulsion] is created. With an internal combustion engine, there’s a pitch change when you’re accelerating, and it’s an intensifying sound. With an internal combustion car, people are used to that sound, and they’re expecting it. In an EV they’re expecting the same, but that makes no sense.”

Instead, Vitale says BMW wanted a sound that showcases how EVs offer “a new world that didn’t exist.” “It’s about communicating an emotion,” he explained.

Of course, people have perceptions of what electric cars should sound like, which prompted some companies to trial systems that met those expectations. For example, when developing the Jaguar I-Pace, Jaguar tested a noise inspired by a science-fiction spacecraft. However, it abandoned that idea when pedestrians looked up at the skies rather than at the road when they heard it.

Fredrik Hagman, Volvo’s interactive sound designer, said the Swedish firm quickly ruled out any “novelty” sound concepts, commenting: “This is a sound that’s always on, and we’re going to be stuck with it for 30 years.”

Another challenge he mentioned is that “we don’t want to create noise that will be disruptive; we need to keep the advantages of electric cars”.

Hagman continued: “We realised that just because there’s no combustion engine, it doesn’t mean an electric car is silent. It still makes lots of noises, such as the noise of tyres on the road. So our approach was to keep it natural and enhance those sounds, rather than add a new sound.” 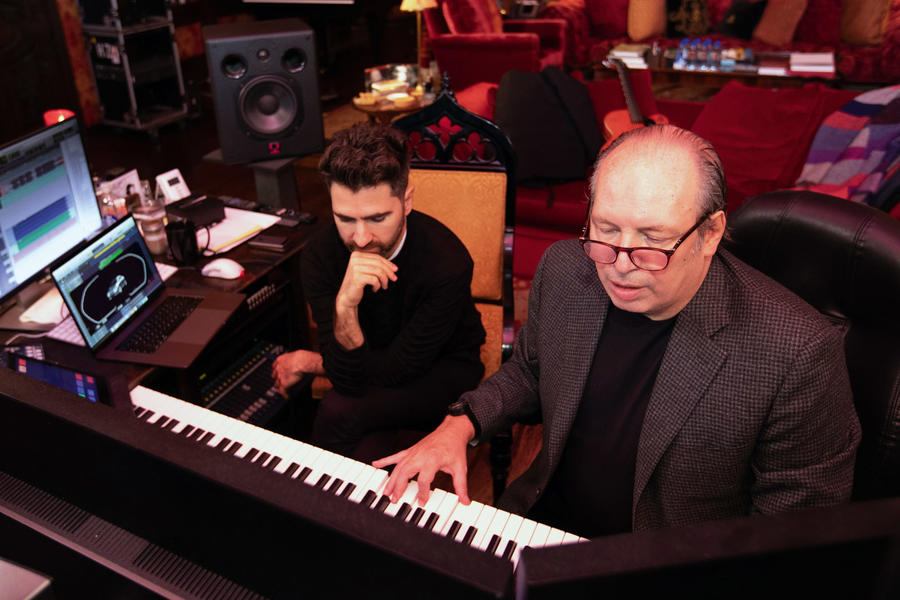 Volvo’s research found that such a sound is recognisable to other road users, easy for them to locate and “non-intrusive and non-polluting”, according to Hagman. It also has the benefit of becoming hard to notice when the car reaches 20kmh and the noise stops.

Volvo’s artificial noise is essentially a low hum; the very basic sound was taken from a recording of ocean waves. While clearly heard in an echo-masking anechoic chamber, it’s virtually indistinguishable from road noise if a car goes past under electric power.

“We wanted to raise awareness without making people look,” said Hagman. “We didn’t want a head-turner.”

BMW is taking a slightly different approach. Vitale has been working with Hollywood composer Hans Zimmer to develop a sound for its EVs. “We want to go for something unexpected,” said Zimmer. “Technical is not our approach now; we want new possibilities. We use relationships that can be related to chords, but it’s not musical.”

The duo produced a trial noise for BMW that Vitale described as “very musical, and triggered by the driver, who is a performer”. “The driver expresses himself,” he said.

The Italian also composed the sound for the forthcoming Mini Electric, taking a slightly different, “human” approach. He described it as “friendly, with a hint of go-kart”.

Another challenge with AVAS is to determine where the noise actually comes from. Jaguar put a speaker behind the I-Pace’s front grille, for example, while Volvo uses an underbody speaker that bounces the noise off the road.

AVAS are also required when cars are reversing, because it’s particularly important to warn people when the car is moving in an unexpected direction.

Hagman said Volvo was initially keen to avoid a beeping noise similar to those used by commercial and construction vehicles but that “after some trials, we found this was a very logical sound”. This prompted Volvo to use a “synthetic” beeping that was softened to “make it sound less trucky.”

While the use of AVAS is the result of legislation, sound designers are using them as an opportunity to craft an identity for their firms’ cars. With a strange twist, though, they want you to notice the AVAS working – so you won’t miss the car producing the noise – but at the same time don’t want you to notice there’s an artificial noise at all. “That’s the life of a sound designer,” said Hagman.

How interior noise will change too 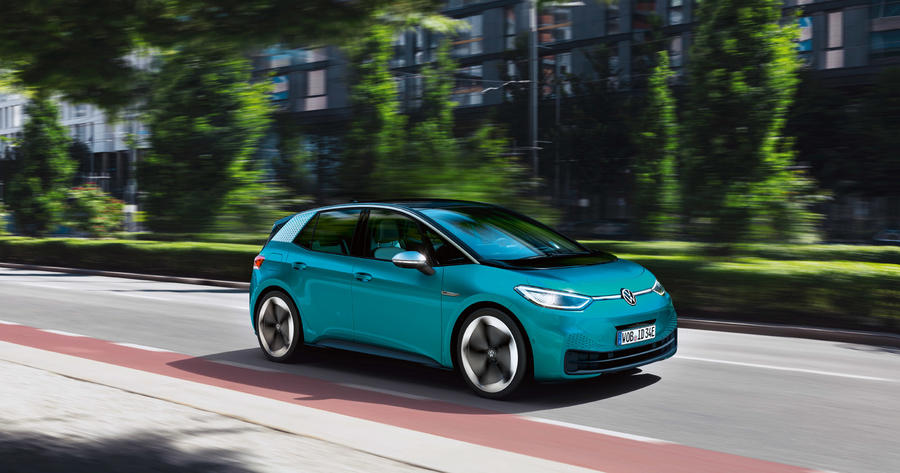 Electric cars don’t just sound different on the outside; the lack of a combustion engine makes their cabins far quieter, too, and this has prompted car sound designers to rethink the noises featured inside.

“Cars in the electric age are quiet,” said Indra-Lena Kögler, who is in charge of developing the interior noise of Volkswagen’s EVs. “And quiet surroundings make it easier for every tone to have an effect.” Quiet, but not silent. “We don’t want silence,” she said. “What we’re after is calm.”

That has led to the redesigning of several of the noises produced by the ID 3, such as the indicator. “Originally, this sound had to overcome engine noise, which is why it is so striking,” said VW Group design boss Klaus Bischoff. “But that’s not necessary in an electric car.” The indicator noise has therefore been made quieter and ‘more digital’ – which Bischoff believes also makes it sound more modern.

This has got to be the most

This has got to be the most ridiculous urban myth ever - electric cars do not need any fake noise and they are not so quiet that you cant hear them coming, its total nonasense - I veworked with electric cars for 3 years and never did I not hear one coming, I regularly see and hear them and they make noise, quite a lot of it actually and the reasons are simple - they are heavier, which, combined with harder, low rolling resistenace tyres means they make enough tyre noise to barely be any different to ICE vehicle noise wise.

And if any extra sounds need to be added it should just be done by placing a mic near the motor, to amplify the car's actual sound, not by adding fake noises.

Perhaps something by Kraftwerk, rather than Hans Zimmer, would be more relevant?

To right as good as Hans Zimmer is, you woud fall asleep bring on the autobahn with a touch of trans-europe express.