BACK TO ALL NEWS
Currently reading: Under the skin: How acoustic vehicle alert systems make EVs safer
UP NEXT
Munich motor show 2021: all the new cars on show

The old "stop, look and listen" mantra isn't much good when it comes to EVs, but there is a solution
Share
Close
Share story

EVs may not sound all that quiet when travelling fast, but they can be at low speed – posing a risk to blind people or anyone just not paying attention. So on 1 July, a new EU law came into force with the snappy title of Regulation on the Sound Level of Motor Vehicles. It dictates that any private or commercial hybrid or EV with four or more wheels must have an acoustic vehicle alert system working at up to just over 12mph.

Most manufacturers of cars with an EV-only mode, including Jaguar, Nissan, Toyota and Mitsubishi, already have some sort of AVAS fitted. Several companies have been working on it behind the scenes for years, though, such as Harman, which demonstrated a prototype system in 2009. It calls its system Halosonic Electronic Sound Synthesis, which projects sound from front and rear speakers that can vary depending on throttle setting and speed.

Car manufacturers are usually focused on removing noise through technology, rather than adding it. Stopping any kind of unwanted racket inside the cabin is a major part of vehicle development, to which whole engineering departments called NVH – noise, vibration and harshness - are dedicated.

Traditionally, manufacturers stuck heavy bitumen-based pads on the inside of body panels to stop them vibrating and acting like loudspeakers by converting vibration into noise. Active noise cancellation can get rid of unwanted noise inside the cabin through electronic tinkering without adding weight, doing the same job inside a car or aircraft cabin as it does in a fancy pair of headphones.

It works in different ways depending on the source of the noise, and naturally that’s the first step – identifying what’s causing it. Sound inside the car is caused by vibration, either airborne or transmitted directly through the chassis and body. One of the main sources, apart from the road surface, is the engine. Except for those of the Wankel variety, all internal combustion car engines are reciprocating. As the pistons move up and down (reciprocate), they cause vibrations that are transmitted into the car’s structure and manifested as an irritating droning noise inside the cabin.

Imagine two people holding each end of a length of rope and flicking it to generate waves. That’s what a sound wave looks like with peaks and troughs. If a sound of exactly the same frequency is transmitted over it out of phase, so the peaks align with the troughs of the unwanted sound, they cancel each other out.

Lotus Engineering developed a prototype noise cancellation system with the University of Southampton back in 1989 and trialled it in a Citroën Saxo, because it was cheap and contained less sound deadening than any other production car at the time. Sensors measuring the rotation of the engine crankshaft and microphones in the cabin allowed the cancellation signal to be generated, and that’s pretty much how they work today. Ford, Nissan and Lexus, among others, already use it on selected cars and, with the desperate need to reduce weight, we’re likely to see more of it.

Audi first used both noise cancellation and active engine mounts when it introduced the 4.0 TFSI V8 with cylinder deactivation back in 2011. The hydraulic engine mounts are activated by electromagnetic moving coils to cancel out vibrations when the V8 switches to four-cylinder mode. 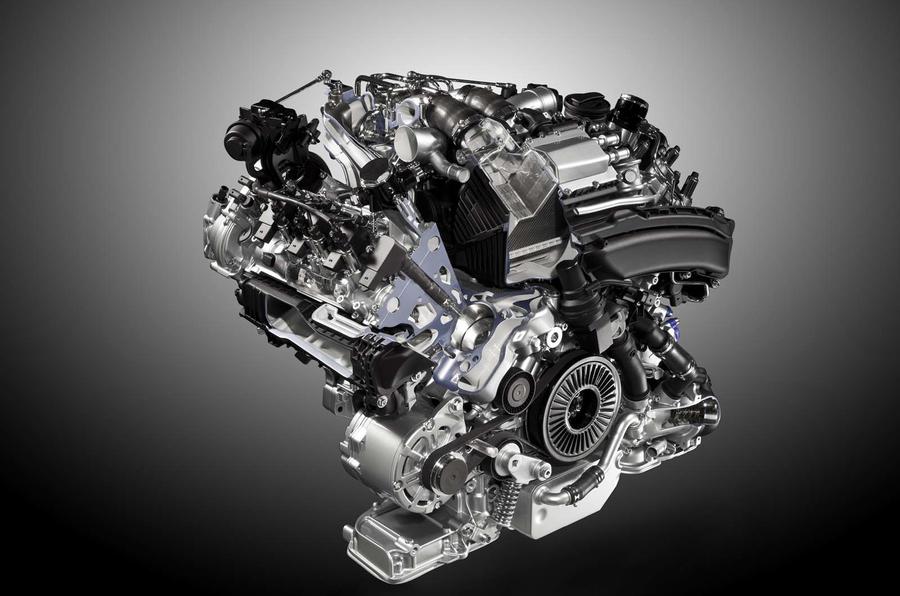 All electric cars to have pedestrian warning noise

Matt Prior: How will we tell electric cars apart?​

Under the skin: the hierarchy of EV motor technology​

Starting in 2040, France and Britain are going to ban diesel cars and gasoline production. Instead, there will be much noise pollution - there was an idea suggested by one engineering student on forums - a Bluetooth signal that can be sent to a mobile and signal the owner about the approaching car.

Nice information and thanks

Nice information and thanks for sharing this to us. I like it. I have a pet and want to know more details about the pets like are almonds bad for dogs or not. Anyone having idea about this share with me.

Some of the manufacturers

already put a fake engine sound inside the vehicle, now they just need to mount an external speaker...job done. I'm not entirely certain why this "noise" only needs to be active up to 12mph, what aurally happens at 12 mph? There will be many people injured or killed by EVs in a busy city or at night I would have thought if they only need to make a noise when they will be in their least injurious "mode".

already put a fake engine sound inside the vehicle, now they just need to mount an external speaker...job done. I'm not entirely certain why this "noise" only needs to be active up to 12mph, what aurally happens at 12 mph? There will be many people injured or killed by EVs in a busy city or at night I would have thought if they only need to make a noise when they will be in their least injurious "mode".

Above 12mph (approximately), tire roar plays more of a role in vehicle sound than the powertrain. EVs are only significantly quieter for pedestrians at such low speeds that they'd have a hard time causing a significant injury.