BACK TO ALL NEWS
Currently reading: Analysis: Subaru staying in Europe despite 2020 "disaster"
UP NEXT
Jaguar Land Rover CEO on chips, EVs, quality and Discovery

Subaru’s British and European operation is being radically overhauled after the Japanese firm suffered a “ridiculous” year for sales in 2020, according to its UK managing director.

While most brands recorded substantial falls in registrations across the country, due to the pandemic, Subaru (which is run in the UK and Europe by British independent importer International Motors) was the hardest hit of any, with a year-on-year decrease of more than 68% compared with 2019.

It shifted only 951 cars last year, compared with just under 3000 the year before. In August, Subaru’s 69 UK dealers clocked up just 34 registrations between them.

“2020 was a horrible year,” admitted John Hurtig, who moved from heading up Subaru’s Nordic operation to become UK boss last summer. “What can you say? It’s just an embarrassing number. There’s no more context, to be honest.”

Hurtig details some specific reasons that contributed to 2020 being one of the brand’s worst on record here, stating that “it’s not really as bad” as the numbers make it seem.

“As a brand, we had a very high registration number in December 2019,” he explained. “In fact, it was actually the best month Subaru UK has had ever. So we went into 2020 with a big backlog.”

Hurtig admitted this was entirely down to the company pre-registering cars en masse to avoid being handed hefty fleet-average emissions fines when the European Union’s new CO2-cutting regulations came into force in January 2020. All of those cars were sold throughout the year as discounted pre-registrations. 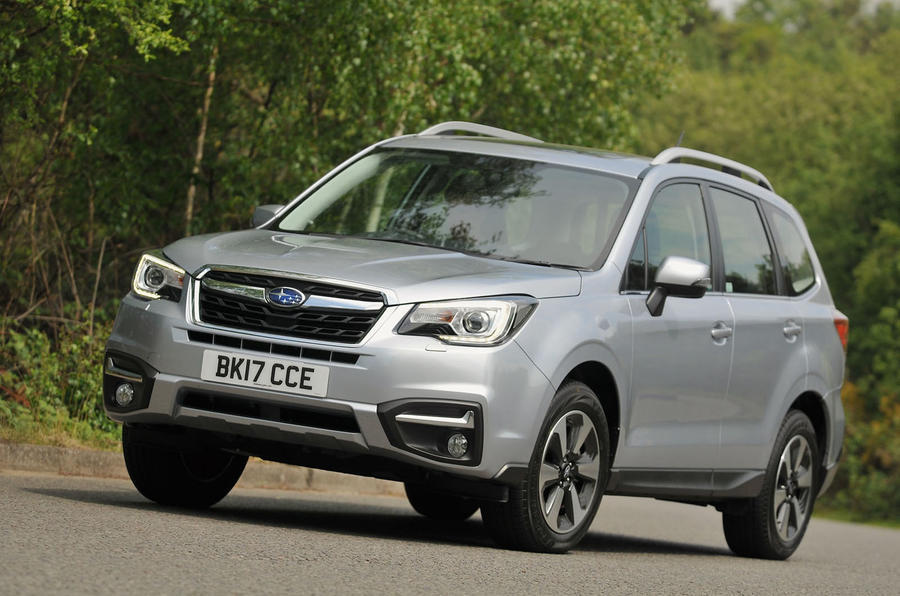 There were two other crucial factors, Hurtig claimed, that meant Covid-19 and associated lockdowns did greater harm to Subaru than to other brands.

One was its customer base. “Our target audience, is, to be honest, older people,” he said, “and those are the [biggest] risk group [for the disease]. So they have been very concerned about getting out there and doing business; that has been the feedback we get from customers. This might be one of the reasons it’s hit us more.”

Perhaps even more significant, however, is what Hurtig describes as a need to “rebuild the dealer network from the roots”.

He explained: “We’ve changed a lot of things within Subaru UK. We also need to change the structure of our dealer network entirely. There’s a lot of things we lacked in the past – from both sides of the business. I’m not just blaming the dealers; 50% [of the blame] goes back to us as an organisation as well.”

While he acknowledges that there’s a “core” need for more Subaru presence in the UK, both in terms of dealers and investing more in marketing and brand awareness activities, more pertinent is actually getting those dealers engaged in the brand and on-message.

“We need the right dealers,” he said. “It comes back to that. We can have the best marketing and brand awareness, but if the dealers aren’t on the same page, it’s useless. So this has to be developed hand-in-hand.”

Hurtig has an “aggressive” plan to expand the network in the UK, hoping to establish 15 new sites this year alone, as well as bringing a “new attitude” across the board. 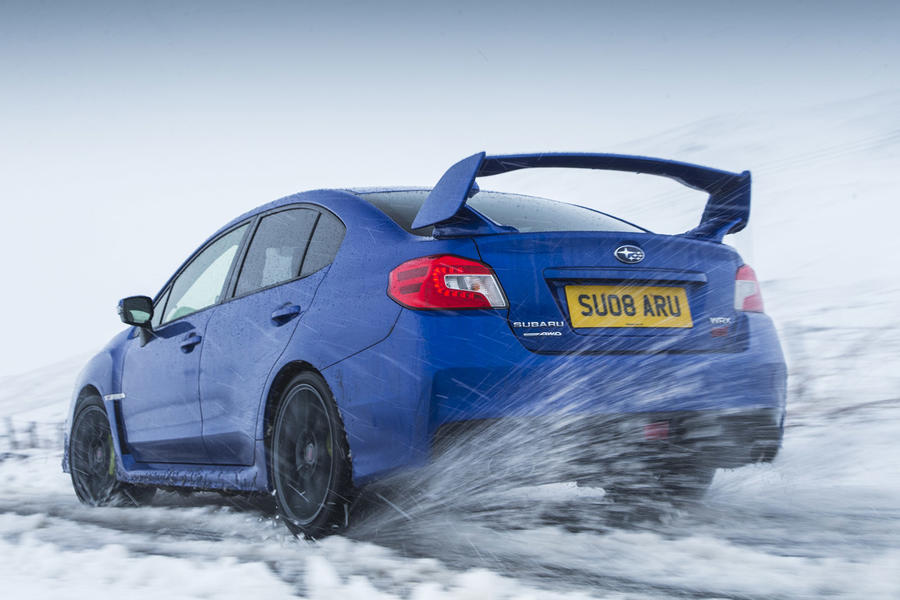 Subaru also still finds itself suffering from a confused brand image that it must overcome. In the 1990s and 2000s, its reputation was firmly bolstered by the rallying success of the Impreza WRX STi, a model with a huge legacy that gradually fell out of favour in the face of a European hot hatchback boom and was killed off in the UK entirely in 2018.

“Subaru UK has made a lot of mistakes in the past, to build Subaru’s brand to be something it isn’t any more,” said Hurtig. “[The Impreza] was a performance car, a rally car. It was a good era in UK. But it’s history; it’s a long time ago now. It has nothing really to do with the Subaru brand as it is today.”

Even the standard Impreza is no longer offered here, which Hurtig admits was a strategic decision to allow Subaru to focus on its core values as a crossover and SUV brand. On the other hand, the new BRZ sports car was never an option for any European market.

Overall, though, Hurtig is honest in admitting that no one area of the business is to blame. “I’m not defending [us]. The numbers are insane and ridiculous. There’s not just one thing; it actually boils down very much to our organisation, our aggressiveness, our way of working.

It’s a pity, then, that plans to turn over a new leaf in 2021 have already hit a roadblock in the form of the third national lockdown to face England in the last 12 months and similar restrictions in Wales, Scotland and Northern Ireland. 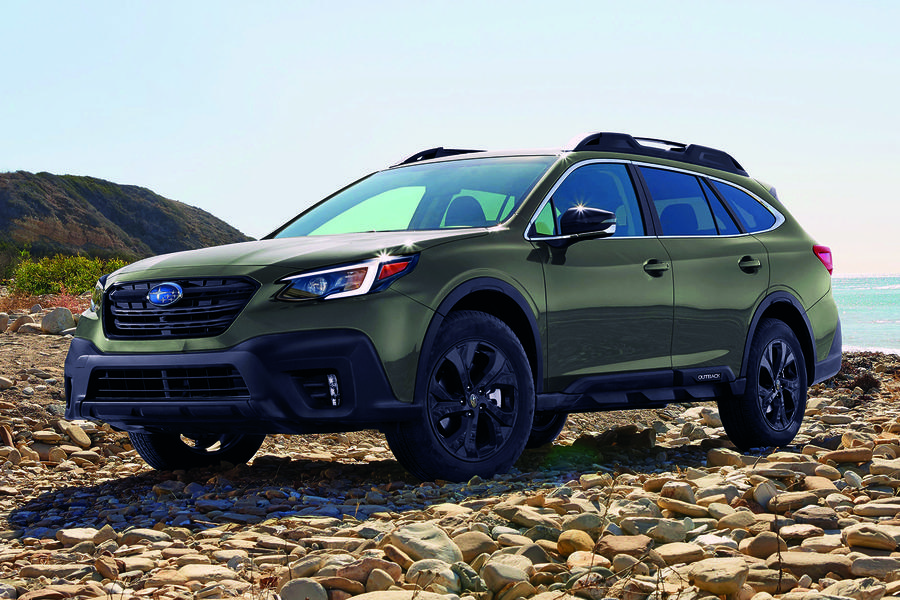 “I have to admit I didn’t expect a lockdown three, to be honest”, said Hurtig. “But it is what it is again. We were due to have the fourth dealer conference to draw up the plans and everything, but we had to postpone it in the morning, because Boris was talking the night before.”

Ambitious targets remain in place, however. Subaru lacked the required online presence in the previous lockdowns and didn’t offer ‘click and deliver’, but that’s now up and running.

“I had a very good rollout plan before the lockdown came; now we have to be more realistic,” said Hurtig. “But we’re still looking for growth: 30% in Q1 is the target. We were looking for far more growth during 2021, but I have to be a bit humble in this situation. However, we can’t just sit and relax and wait for the lockdown to open up.”

New cars in the pipeline are hoped to pick up some of the slack of the sales recovery. These include an updated XV, a facelifted Forester and the new Mk6 Subaru Outback off-road estate landing on UK shores in May.

Furthermore, Subaru will detail its first battery-electric car: an SUV, developed as part of a joint venture with Toyota, that will go on sale by 2025.

There are further positives in the fact that Subaru’s volume in Europe is so small that it’s classified as a ‘niche manufacturer’ so avoids the most draconian EU CO2 target. Brexit will also have “not really any” significant effect to the business, according to Hurtig.

While some have already written off Subaru’s long-term chances a new golden age in Europe, Hurtig is optimistic for the future and wants last year to quickly become history.

“2020 was a disaster for us,” he said. “But from our perspective, there’s a good way forward and a good future for us, which we are very much committed to.”

Most of the criticisms I read of Subarus just don't match up with the reality I've had driving them (or the objective facts for that matter).  People complain about them being slow, when the 0-62 times (not the mention the power/weight ratios) tell a different story.  People complain about the CVTs, but people don't seem to mind when Toyota, Nissan, Honda etc use (inferior) CVTs themselves.  It just seems mostly like people repeating what they're read or heard elsewhere.

It's tough to beat the narrative when it gathers momentum in this way.  I think they need to know their customers, and spend much more on advertising.  And I hope they can do it as Subaru builds highly capable and well built cars, suitable for grown ups who actually care about these things.  There must still be a market for that surely?

None of the current range screams 'buy me', sadly for Subaru. I quite fancy an XV, but we don't get the 2.5 litre 182hp engine in the UK, or even Europe, and without it, the performance simply isn't good enough. I love the idea of a characterful flat 4 motor, the smooth CVT transmission and the reported excellence of the chassis design and effective Subaru 4WD system - all great tech' with the potential to be SO desirable.

I must say though, some original design flair both outside and in would also go a long way to help boost an increase in sales, the current look is just so very bland, forgettable. Currently, Subaru seems like such a missed opportunity.

methylik 26 January 2021
when they bring the lamest cars in Europe, obviously they have a horrible year. e-boxer forester, no levorg, no new forester sport
View all comments (12)