BACK TO ALL OPINION BLOGS
Currently reading: Under the skin: Why electric superchargers are gaining ground
UP NEXT
Steve Cropley: A fond farewell to Lotus' grand tourer

Under the skin: Why electric superchargers are gaining ground

It's always good to try early prototypes of new technology, because although some fall by the wayside, plenty don’t. One such clever device is the electrically powered supercharger, generally used in conjunction with a traditional turbocharger to banish turbo lag, initially on diesel engines but now on petrol, too.

With the current trend towards down-speeding of engines (lower revs to reduce friction losses), they’re even more relevant. Low revs equal reduced exhaust energy – worse on diesels because the exhaust is cooler in the first place. The trend to engine downsizing has a similar effect.

It was pretty cool and the engineer riding shotgun could switch the system on and off to show how laggy the engine felt without the electrical assistance. At the time, the 48V system needed to drive the compressor motor was still a few years off, but now electric superchargers are in production with several manufacturers, including Audi, Mercedes-Benz and, as of earlier in 2019, Jaguar Land Rover (JLR) with a new straight six petrol Ingenium engine.

Audi’s system positions the electric supercharger close to the engine intake and downstream of the intercooler. The charge air isn’t cooled, but on the SQ5, for example, it makes only 1.4 bar of boost, the compressor instantly spooling to 65,000rpm when it’s needed. Beyond that, the conventional turbo takes over and the electric supercharger is dialled out of the equation with valves and turned off. On bigger engines, the spec gets busier and more expensive, the SQ8 getting an electric booster in addition to its bi-turbos.

There’s yet to be an example of electric supercharging on small-capacity engines of, say, 1.0-litre or less in production. That’s not to say the idea of extreme downsizing hasn’t been explored, though.

The Hyboost project masterminded by a consortium including Ricardo and Ford a few years ago did just that, aiming to emulate the power, torque and drivability of a baseline Focus 2.0-litre model using a 1.0-litre Ecoboost engine. So, too, did the Ultraboost with Supergen project in which both JLR and Lotus Engineering were involved. The aim there was to produce the power and drivability of a 5.0-litre V8 from a 2.0-litre four-cylinder engine. The Hyboost project used the electric supercharger in the normal way, but also for “exhaust energy recapture by electric turbo-compounding”, which means using the turbo as an exhaust-driven generator to convert unwanted heat energy in the exhaust into electricity to be stored in the battery.

Probably the best examples of making huge power from a small engine were the 1.5-litre BMW M12 and M13 engines of the Formula 1 turbo era in the 1980s. Boosting with a colossal turbocharger to 5.5 bar, BWW eventually extracted 1400bhp using a single turbo (933bhp per litre). It was ragged-edge stuff. Engineers at BMW Motorsport’s engine shop in Munich at the time kept a demolished engine block as a trophy, taken from Nelson Piquet’s Brabham BT53 after the engine had exploded. 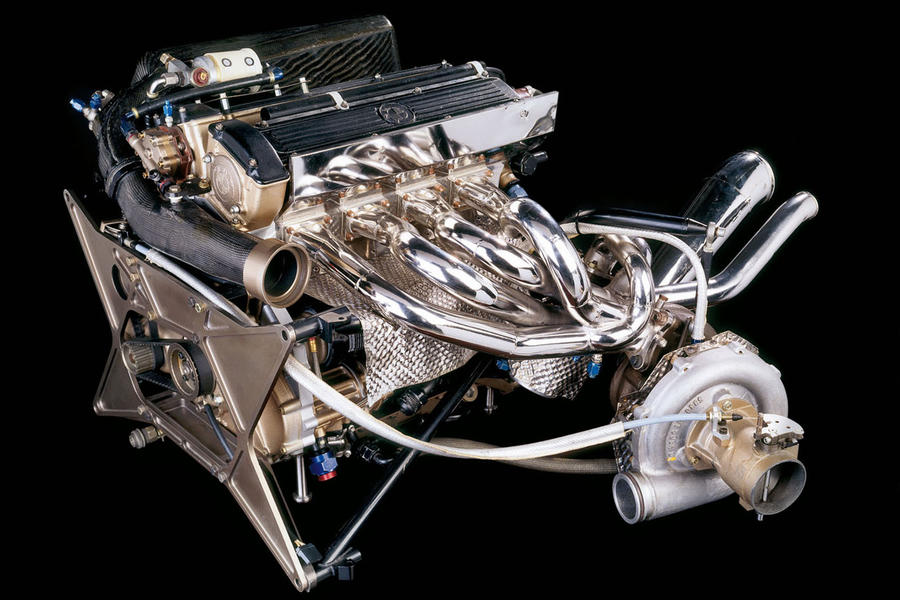 There's yet to be an example

There's yet to be an example of electric supercharging on downsized engines, While it may not actually be a supercharger Honda's ima system did provide boost to a downsized engine to give the effect of a larger engine, ie make a 1.3 have the power and performance of a 1.6 yet still have the economy of the smaller unit, so whilst the actual device is different the idea is similar and isn't new. And with the power being recouped under braking and deceleration, unlike downsized turbos that are always on boost it has the chance of being more economical in the real world.
Bangbox 30 December 2019

I'm pretty sure they are right. A turbo is driven directly by exhaust gases. If ir's electrically powered then it's a  supercharger,  even if the electrical power is derived from an exhaust-driven turbine.

Only problem with this article is that the item in question is actually an electric TURBOcharger. Maybe if this company focused on quality over quantity they'd get things right.
Hughesynights 30 December 2019

In a turbo, the 'turbine' is the part that extracts energy from the exhaust gas, the 'compressor' pressurises the intake air.
Since the article is about a compressor powered by a motor (there is no turbine), it would be totally wrong to call it a 'turbo'.
Electric supercharger is as good name as any.