BACK TO ALL NEWS
Currently reading: Brabham BT62: 700bhp track-only hypercar demonstrated at Goodwood
UP NEXT
Jaguar boss signs off plan for radical new EV line-up

The new Brabham BT62, a McLaren Senna-rivalling 700bhp track-only hypercar, has been demonstrated on track at the Goodwood Festival of Speed — the car's first moving public appearance since it was launched in London in May. Its maker claimed the car will "reward like no other".

Priced at £1 million before taxes and options, the BT62 is the first car from Brabham Automotive, which is run by former Formula 1 racer and Le Mans 24 Hours winner David Brabham, the son of triple world champion Sir Jack. The company claims it has a long-term phased product development plan and will manufacture "high-performance vehicles which challenge and reward the driver in equal measures", with an "ultimate goal" to compete in Le Mans. 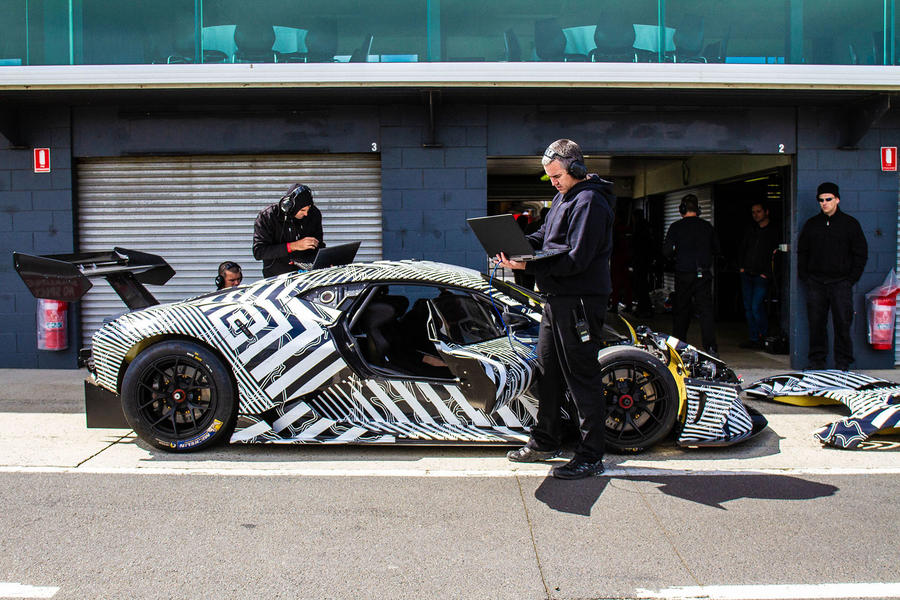 Brabham Automotive says the BT62 has been "specifically designed, developed and tested to reward like no other". The car’s name comes from the convention established by Jack Brabham’s team — officially known as Motor Racing Developments, which won four F1 drivers’ and two makes’ championships during its 30-year history.

David Brabham said the BT62 started "the next chapter in the evolving Brabham story" and that it is "a car truly worthy of carrying the iconic Brabham name".

The BT62 is 4460mm long and 1950mm wide, with a wheelbase of 2695mm. It features substantial aerodynamics including an adjustable rear wing, which the firm claims produces more than 1200kg of downforce, and has a 41/59 front-to-rear weight distribution. The power is delivered through a six-speed Holinger sequential gearbox, with steering wheel-mounted paddles.

The car has 18in wheels front and rear, with Michelin competition tyres and six-piston carbon-on-carbon Brembo brakes. In keeping with its motorsport heritage, the BT62 features a six-point racing harness, removable carbonfibre steering wheel, a 125-litre fuel tank with quick-fill connectors and a built-in air jack system.

The car will be sold in left-hand drive as standard, with right-hand drive available "on request". Owners will become members of a Brabham driver development programme designed to develop their “physical ability and determination” to the point where they can "fully exploit" the BT62’s performance. 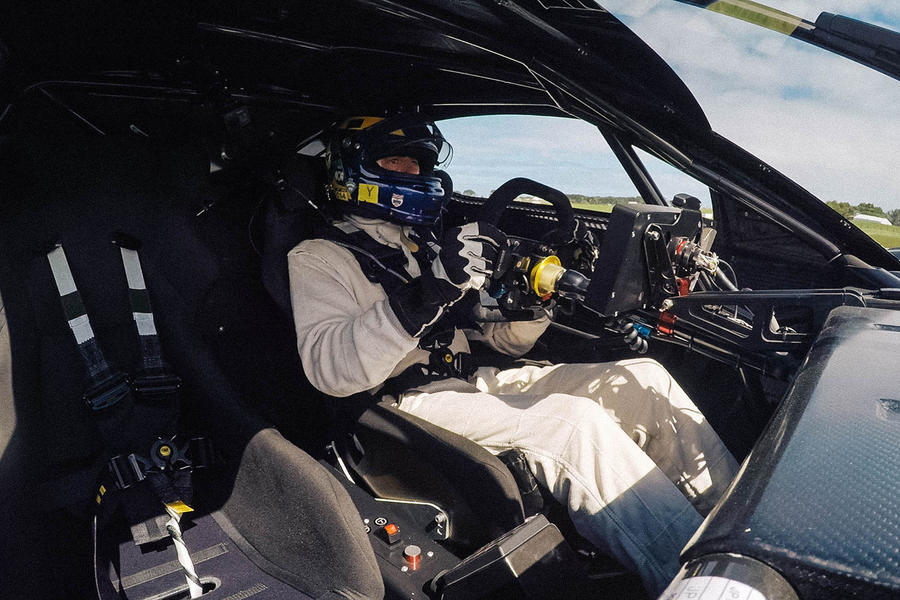 Paul Birch, who headed development of the car, said the BT62 was created from a blank sheet of paper over a two-year engineering and development programme. He added: "It’s a car that demands total engagement and commitment from its driver, delivering immense reward and satisfaction."

Steve Cropley: why Sir Jack Brabham was a motorsport hero (from 2014)

The BT62 will be limited to 70 cars to mark, according to the team, the 70 years since Jack Brabham began racing in Australia. The Anglo-Australian company will have offices in the UK and Adelaide, South Australia, where the BT62 will also be built at a 15,000 square-metre facility.

The first 35 cars will be liveried to reflect each of the grand prix team’s 35 world championship race wins. The first car, on display at the launch event, was finished in the green and gold colours carried by the BT19, which Brabham used to take his team’s first victory in the 1966 French Grand Prix at Reims.

The launch event at Australia House, the home of the Australian High Commission in London, featured a display of Brabham racing cars and memorabilia. The exhibition is now open to the public (by ticket only). 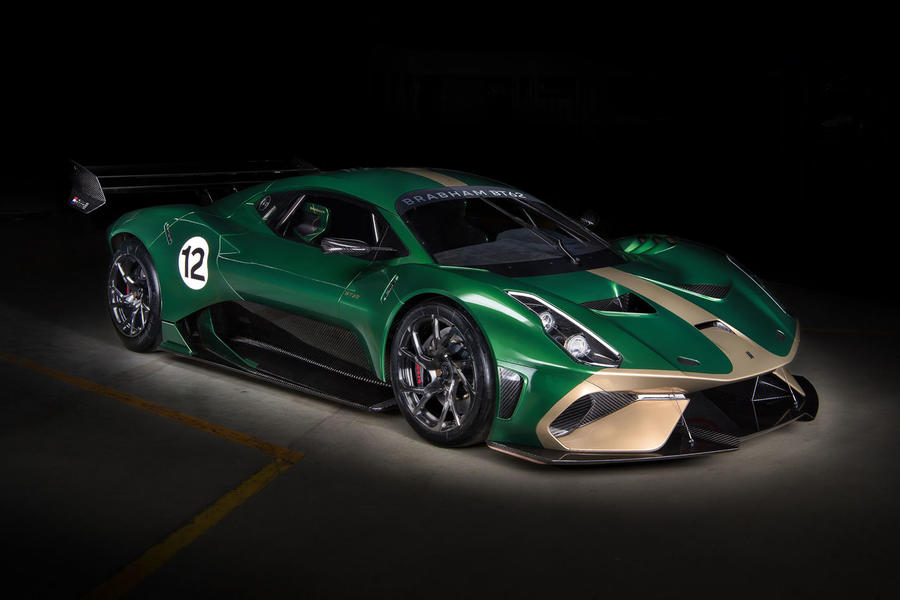 Having won back-to-back F1 titles in 1959 and 1960 for Cooper, Jack Brabham founded Motor Racing Developments with engineer Ron Tauranac in 1962. The firm quickly built a business selling customer chassis — all carrying the BT nomenclature to recognise the two founders — for use in various single-seat categories, while Brabham and team-mate Denny Hulme claimed back-to-back F1 titles for the outfit in 1966 and 1967.

Brabham retired after the 1970 season, selling his share of the team to Tauranac, who sold it to Bernie Ecclestone the following year. The squad experienced a resurgence in the 1980s, in part thanks to star designer Gordon Murray, with Nelson Piquet winning drivers’ titles in 1981 and 1983.

The team’s fortunes faded when Murray left for McLaren at the end of 1986, while Ecclestone’s attention was increasingly focused on his role with the Formula One Constructors’ Association. Ecclestone sold the squad in 1988. It changed hands several times after that, eventually folding after the 1992 season, when owner Middlebridge Group Ltd hit financial trouble.

A German businessman attempted to revive the Brabham name and enter F1 in 2010, sparking a legal battle with the Brabham family, who were eventually granted use of the name. In 2014, David Brabham launched a Project Brabham scheme to crowdsource a sports car race team to compete at Le Mans.

Steve Cropley: why Sir Jack Brabham was a motorsport hero (from 2014)

All very nice but you have to

All very nice but you have to really want the Brabham badge. Since it's track only why wouldn't you save yourself 75% and go to an existing race car manufacturer and buy a car to your own spec? Like Ginetta. Seems like one hell of a mark-up.

Did anyone notice that it has the same interior door handles as old Renault Clio (1998 - Storia) :D :D

5.4 litre V8 with quad cams and 700bhp with no turbo. Sounds like this lovely looking car is powered by a lightly tuned Mustang GT350 engine.

Brass balls! But then Koenigsseg started with Audi engines.