BACK TO ALL NEWS
Currently reading: Under the skin: Why mix and match is a good idea for electric powertrains
UP NEXT
Quarter of UK cars produced in April were electrified

Balancing affordability with profits is a major challenge facing EVs, but integrated plug-in electric powertrains can save everyone money
Open gallery
Close

Turn a profit on electric cars yet still offer them at a price more people can afford: that’s one of the major challenges facing the car industry. As things stand, it’s difficult to make inroads into the cost of the battery, but in most other areas, such as the architecture and powertrain, there are savings to be made by integrating components into modular units that can be used in different applications. Volkswagen’s modular electric drive matrix (MEB) describes not just the body and chassis architecture but the entire platform, including the drivetrain.

The forthcoming ID 3, the first of Volkswagen’s new EV range to go on sale, will be powered by an integrated drive module called APP310. APP describes the way it’s installed across the rear axle and 310 refers to its torque of 310Nm (229lb ft). In the ID 3, it will develop 201bhp and is a complete plug-and-play bolt-in powertrain.

Traditional, combustion-engine powertrains consist of an engine, gearbox and final drive with differential. On front-wheel-drive cars, the final drive unit is usually integral with the gearbox, but in a rear-wheel-drive car, it’s located in the rear axle.

Although the components can be mixed and matched to an extent (same engine, different gearboxes and final drives) to suit the model derivative, they’re not integrated in the same way as an electric drive unit can be. The petrol or diesel engine is normally made by the car manufacturer, while the gearbox may come from a supplier like ZF, Getrag or Aisin AW. The APP310 will be manufactured at Kassel for European and North American markets and Tianjin for China and Volkswagen plans to make up to half a million units a year.

The AC motor/generator (electric machine) is a synchronous permanent magnet brushless machine consisting of a rotor (which rotates to produce the drive) embedded with permanent powerful magnets and a stator (static) that surrounds it. Labelled ‘hairpin technology’ by Volkswagen, the stator is made of copper wire windings laid in a laminated frame, which generates a rotating magnetic field. The opposite poles of the rotor and stator are attracted to one another and the rotor spins in sync with the rotating field rather than lagging behind it like an asynchronous machine. The preformed flat copper coils produce greater torque density than conventional coils wound using copper wire. Both the rotor and stator are produced in-house at Volkswagen’s component plant at Salzgitter.

The rotor drives the integral single-speed reduction gearbox, which is all that’s needed for high-torque, lower-speed motors like this one. Smaller high-speed motors generally require a multi-speed gearbox. The other major component of an electric drive – the inverter, which converts DC current from the battery to AC for the electric machine and vice versa – is also integrated with the unit and sits on top of the motor.

Apart from the relative simplicity of assembling the integrated drive unit into the car, it’s small and light, too. The combined weight of only 90kg is likely to be substantially less than if the electric machine, inverter and transmission were all built as separate units. 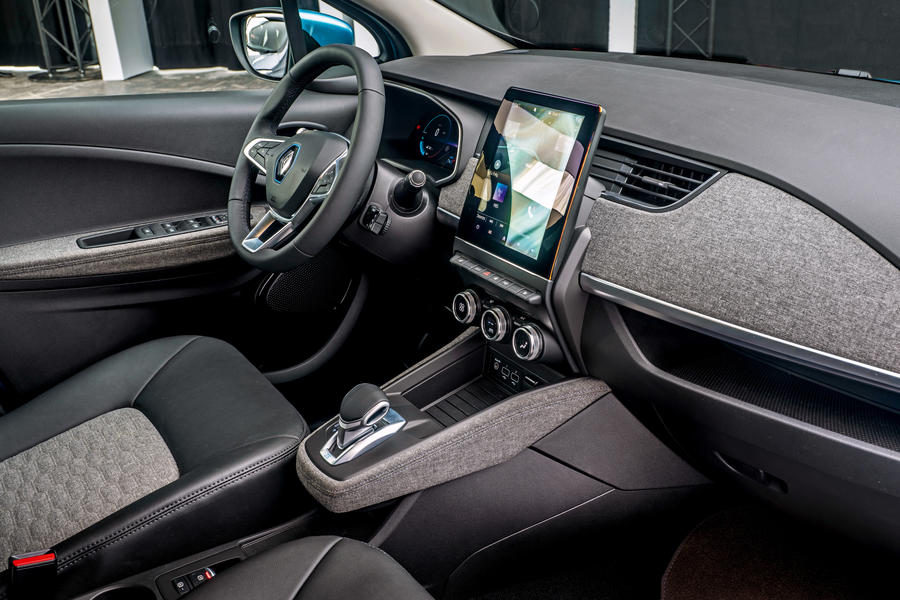 Renault has developed a new textile product made from old seatbelts, scraps of textiles and recycled plastic bottle tops. The ‘carded yarn’ will be used to cover eight square metres of the Renault Zoe interior and is claimed to reduce the carbon footprint by 60% compared with conventional materials.

Why build their own

Maybe they have developed a way they can build a cheat device into their own. Stopped reading when I saw vw.
LP in Brighton 10 December 2019

Why build their own?

Manufacturers usually buy in parts like alternators, starter motors and often transmissions - so why is Volkswagen developing its own?  I would have there's little to differentiate one EV drivetrain from another (surely they are all relatively light compact and efficient) but maybe the German brand knows different, or is convinced it can make cost savings with mass production across many brands.