BACK TO ALL OPINION BLOGS
Currently reading: Steve Cropley: Why the Lotus Elan gets my last garage spot
UP NEXT
Matt Prior: Where have all the practical fast cars gone?

Steve Cropley: Why the Lotus Elan gets my last garage spot

This week Steve took his Mazda MX-5 and Elan for a whirl in the Cotswolds to decide which one gets pole position in his garage. He also caught up with Autocar's ongoing task to digitalise our archive and got a peek of the future of Lotus.

Bit of Cotswolds fun: an impromptu comparison between my 2015 Mazda MX-5 and the 1991 Lotus Elan M100 I bought a few months ago. We’re limited for garaging at home, and I’ve always preferred to keep ‘resting’ soft-top cars out of the sun/rain so I rent storage nearby. The Lotus will soon need preparation for a bit of motorsport and is also making a summer concours debut, so the Mazda, freshly valeted, needed to make way. All of which required a 20-mile round-the-houses sprint, out in one, back in the other. 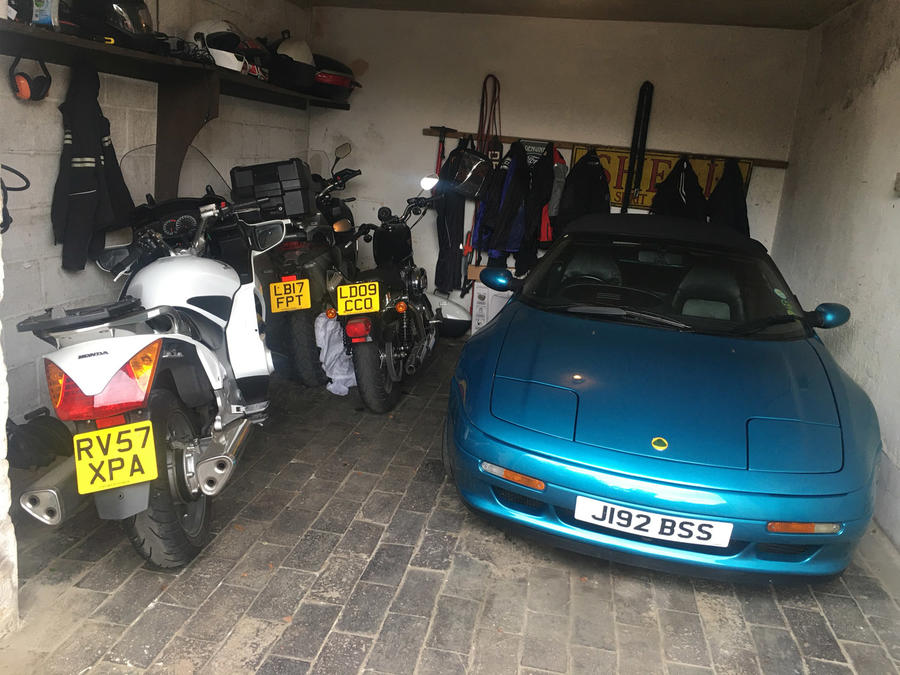 The cars’ road footprints are very close but otherwise they’re dramatically different. The Mazda’s nose is longer; you sit further back in the car. The Lotus cabin is the roomier. And there’s the front-versus-rear-wheel-drive handling thing, of course, with the Mazda predictably more adjustable in hard cornering. Lotus’s 1.6 turbo engine needs much more revs than the 2.0-litre normally aspirated Mazda, but the pair match performance almost perfectly. The Lotus ride comfort is eerily brilliant for a 30-year-old car, and the vaunted front suspension geometry designed to kill wheel fight under power works perfectly. The Mazda will have to fight to win back pole position in the home garage.

The digitisation of Autocar’s 126-year run of magazines is proceeding even better than we expected. Our fulfilment agents have already ‘done’ 1000 issues, or 20 years’ worth, and in the meantime we’ve had around 2000 expressions of interest from people who want to put it to serious use – including enquiries from universities in Europe and the US. The response has encouraged us to go for a launch earlier than the autumn date planned, if possible. Will keep you well informed.

Highlight of the week for me was Lotus’s fascinating ‘Driving Tomorrow’ presentation, which came remotely from Hethel and fleshed out some of the 73-year-old company’s plans for the next eight years.

This was a Lotus I’ve never known before: confident, decisive, financially muscular, with a carefully chosen professional team making plans that fearlessly eye the long term, and talking constantly about the importance of the customer’s experience.

There were surprises: that the new Emira (aka Type 131) is so much an ICE last hurrah that it won’t even be a hybrid, and that the new range of 2025 electric sports cars will be so purist in design that they’ll ditch the usual ‘skateboard’ chassis system in favour of a true mid-engined layout that positions both the powertrain and battery behind the driver, with benefits for size, weight, aero, driving position, mass centralisation and more. That’s one car I’m busting to drive. 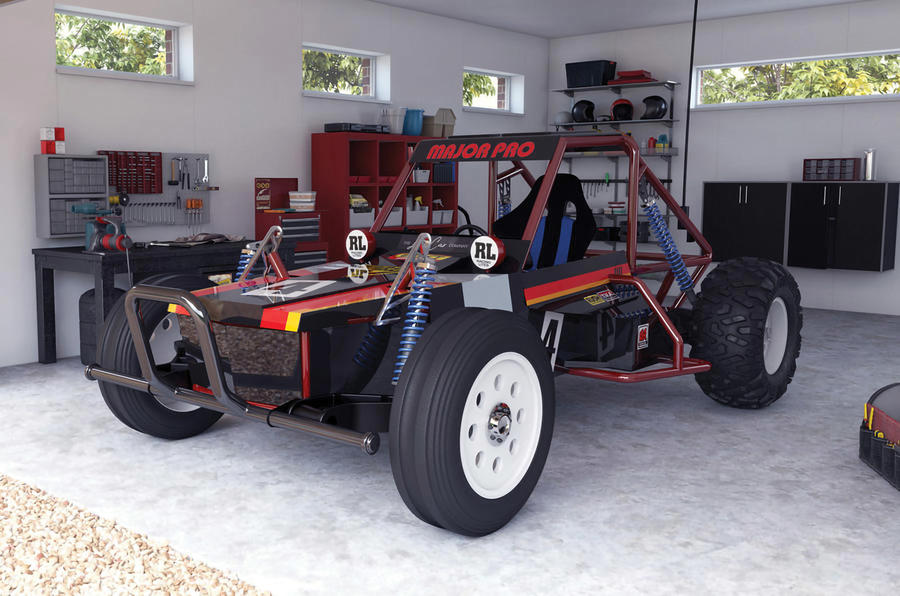 Other things weren’t so surprising. Of course, Lotus SUVs are coming, highly likely to be made by Geely in China (I loved the cute justification “born British, raised globally” – whoever coined that needs a bonus), but I can accept such cars can carry Lotus DNA, just as a Porsche Macan is a proper Porsche. Then there’s co-operation with Alpine. Honestly, it was inspiring.

When the Little Car Company, based at Bicester Heritage, recently launched its much publicised, diminutive Bugatti and Aston models, I was impressed, but a bit confused about who they were really for. Was the target customer a kid or an adult-kid? Now the third model is with us – a 3.5m-long, £6500, scaled-up electric version of the much loved Tamiya Wild One off-roader kit model – the problem looks even more acute.

The LCC edition is about eight-tenths the size a full-sized race version would have been and kids across the world will surely be delighted. But this time, they’ll really have a problem with the adults. LCC is making road-legal versions… 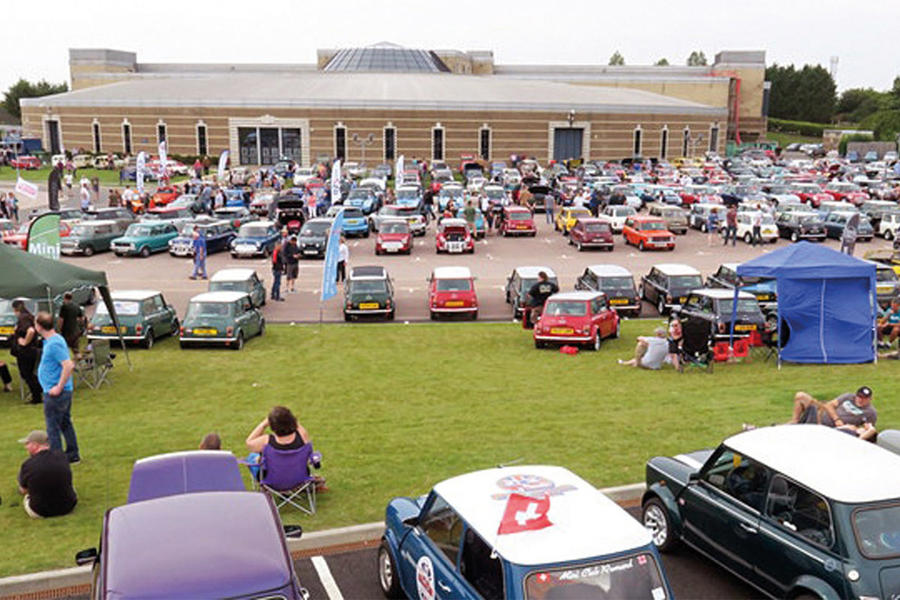 Looking for a normality indicator? My suggestion would be to attend next month’s National Metro & Mini Show, at the British Motor Museum, Gaydon, where 621AOK, the world’s first 1959 Mini, will be on display with dozens more absorbing cars.

First and last: tracing the evolution of the Lotus Elise

I'm also a fan of the M100 Elan, though sadly I've never owned one. As for the dreaded SUV... Lotus has history with cars like the Cortina and Carlton, so putting the badge on a family car won't be a first. If it comes out more like a Formentor (really just a tall hatchback) then I can live with it. Great shame it needs to be built in China though.

Your Elan looks so modern on those non standard eighteen inch wheels , I wonder how it rides ? I remember John Miles being very "anti" the adoption of the one inch larger wheels on the S2 Elan , I'm guessing in this age we've got so used to poor ride from big wheels that it really doesn't seem to matter anymore ?

It's really nice to see you loving the car, particularly as this magazine has denigrated the M100 several times in various articles, indeed one article insisted the car "wasn't really a Lotus", what utter rubbish ? It was such fun a couple of years ago at Thruxton Circuit to draw in a pass the much praised new Alpine in our family M100 , not bad for a twenty-five year old car ? As I've said before, I think at tight hill climb venues the lack of a limited slip differential will be a big problem, particularly in the wet, however the relative open spaces of Shelsley Walsh should be fine . I look forward to hearing about your progress.