BACK TO ALL OPINION BLOGS
Currently reading: Steve Cropley: Countdown to the McLaren Artura
UP NEXT
Opinion: Why the Festival of the Unexceptional is an annual highlight

This week, Cropley salivates over the prospect of a new McLaren (to be unveiled shortly), ponders the approaching stage demise of the Lotus sports car trio and thanks god for the wonder of Twitter.

We’re just a week away from the unveiling of the all-new hybrid McLaren (don’t worry, we’ll have it here first), but one fact already on the record is that the Artura will have a better, quicker accelerator response than any previous Macca – and probably any other purely petrol supercar. It’s an exciting prospect and entirely appropriate for a company that prides itself, above all, on the purity of its cars’ driving characteristics. That the promised lightning refl exes are entirely down to the car’s electric motor is something that anyone worried about the electrifi ed future should surely see as reassurance.

I’ve had a few excuses for short drives this week, always in my own cars. Interestingly, having spent many a lockdown evening plotting the replacement of all of them (a disease I can’t shake), I found each more enjoyable than I remembered. This brought me home in a good mood, probably because each experience was a small tribute to the original buying decision.

We used our old Citroën Berlingo Multispace to tote Granny to hospital for her fi rst Covid-19 jab; the ride is still lovely and the rattling 2.0-litre diesel engine pulls as much like a tractor as ever. I used our Volkswagen California for a permitted solo supermarket trip (7.5 miles return) and found it even more refined and comfortable than I remembered; the North Coast 500 beckons in better times. The Fiat 500 I used for a dash to a friend’s house for a plumbing emergency (I knew where the stopcock was and she didn’t) and enjoyed the Twinair’s always-surprising long legs and continuing fitness at 88,000 miles.

All of which makes me wonder if the rush to dealers when this is over might be smaller than predicted. We’ll be busy enjoying what we have.

Many intriguing questions surround the approaching staged demise of the Lotus sports car trio (the Elise, Exige and Evora), which are soon to give way to the forthcoming ‘Type 131’. A big one is whether any of these time-honoured names (not to mention Elan, Elite and Esprit, already in the waiting room) will be applied to the next Lotus generation.

If it were down to me, a couple of familiar handles would appear with the new model, not least because new names are desperately difficult to find or coin, but mainly because of their irresistible link with the optimism and breakneck technical progress of the Colin Chapman era. My choice would be Elan and Elite but, annoyingly, nobody has asked…

Every day I learn something new and interesting from the Twitter feed of British car lover and expert Andrew Ryan (@thecarfactoids). One recent post that jangled the old nostalgia buds pointed out that we’re exactly half a century from British Leyland’s most successful year, during which the firm built 1.1 million cars (from Minis to Daimler limos) and enjoyed a daily turnover of £4 million (£60m today). Sadly, that year it also launched the crudely engineered Morris Marina to unimpressed volume buyers and soon killed off the decent but ageing Austin 1100/1300 in favour of the spectacularly bad Austin Allegro. The decline began and never stopped. 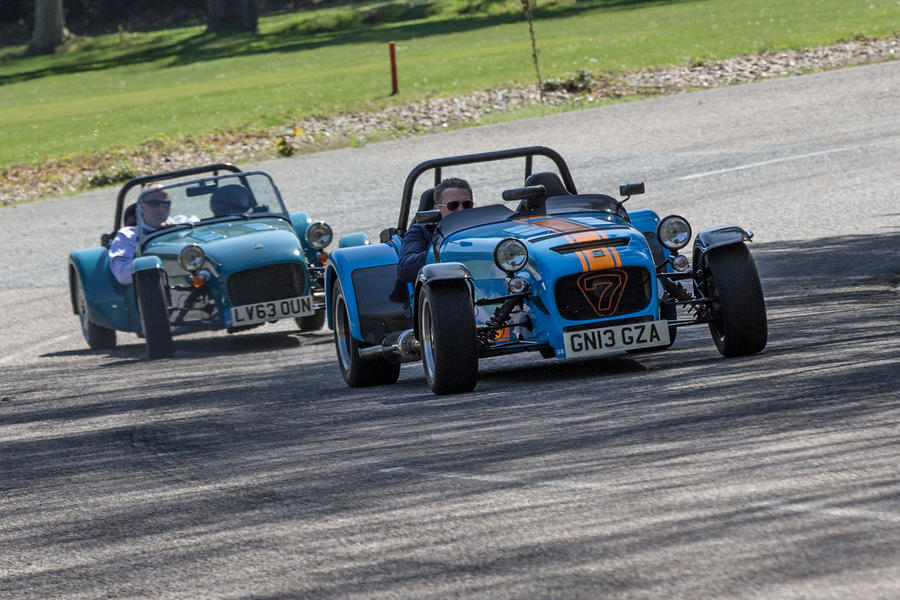 The disappearance of the Lotus Elise puts me in mind, yet again, of the distilled genius wrapped into an earlier Chapman model that survives and probably always will: the Lotus-cum-Caterham Seven. I’ve lived through several eras when ‘the experts’ loudly tipped its demise on the grounds that, after so many decades, great minds must by now have had better ideas. But these minds have produced alternatives (number one: the Ariel Atom), not replacements. Now I’m imagining an electric Seven and betting that it will be a whole new kind of treat.

I keep coming across pictures in my phone of a Skoda Yeti that’s often parked in a nearby village. I’ve never understood why Skoda, usually so sure-footed, killed a car that was so excellent in size, concept, buyer appeal and name. I know that the underbits had run their race, but new ones were surely available…

Oh yes, I am really looking forward to the new McLaren, which will be the usual near £200k supercar, with just enough usability to have a weekend away with squashy luggage.

So usable, so (un)affordable for all. So predictable.